Accessibility links
Scientists Want To Create A Synthetic Human Genome : Shots - Health News A synthetic version of the human genetic blueprint might used for a wide range of medical research, scientists say. But it's far from reality, and comes with big ethical and safety questions. 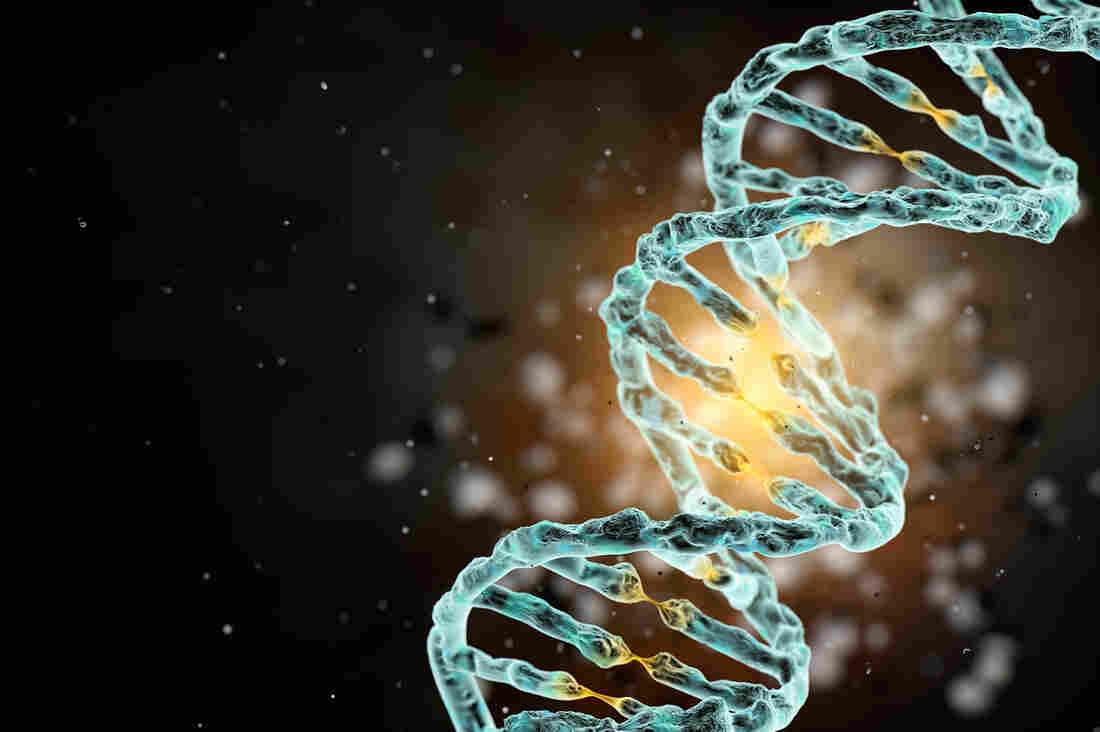 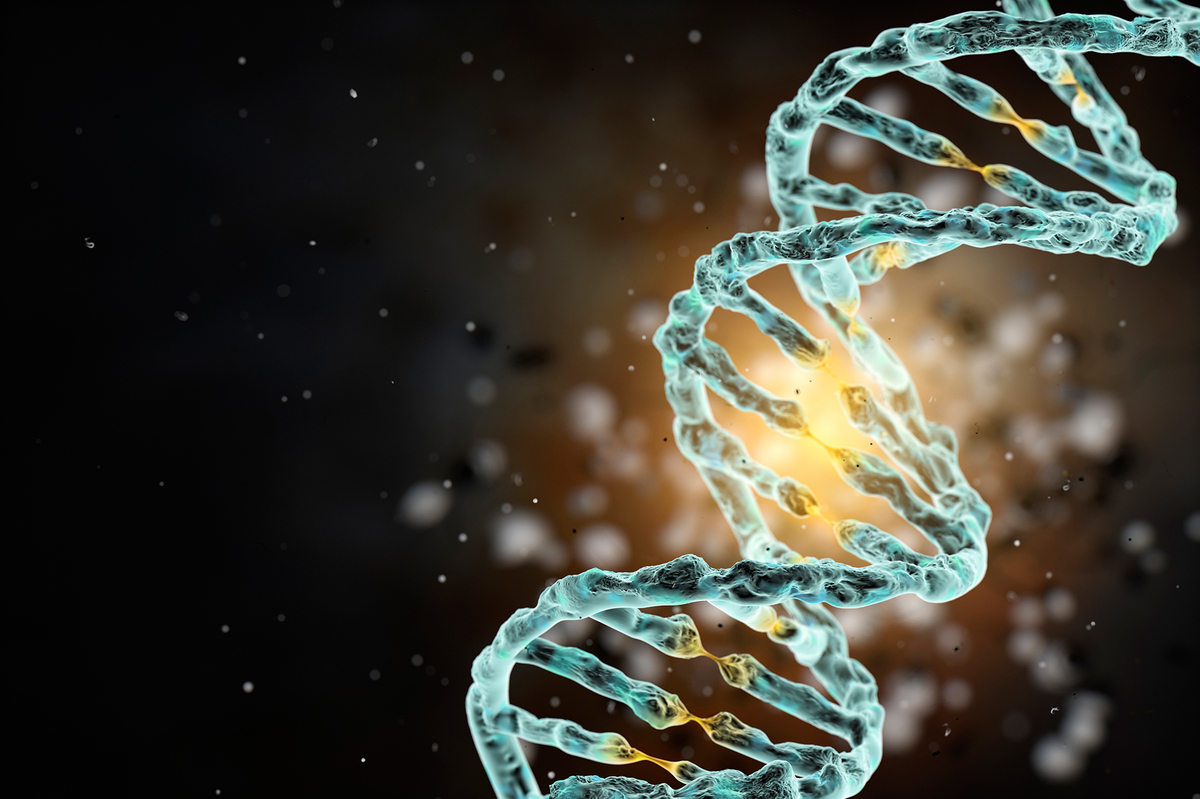 A group of scientists say they want work toward being able to create a synthetic version of the entire human genetic code in the laboratory.

Their hope is that a complete set of synthetic human DNA, known as a genome, could someday lead to important medical breakthroughs.

"We just had a revolution in our ability to read genomes," says George Church, a geneticist at Harvard University who is part of the group that outlined the plan Thursday in the journal Science. "The same thing is happening now with writing genomes."

But science is very far away from being able to create a whole human genome, and the idea of manufacturing human genomes in the lab raises many concerns, critics say.

"The worry is that we're going to be synthesizing entire optimized human genomes — manufacturing chromosomes that could be used ultimately to produce synthetic human beings that they see as improved models," says Marcy Darnovsky, who heads the Center for Genetics and Society.

Scientists first made a synthetic gene in the lab in 1970; it was a gene for yeast. They have since progressed to making genomes for viruses and bacteria. But manufacturing a synthetic human genome would be far more complex and daunting task.

It took years of effort for scientists to complete the first rough draft of a map of the human genome in 2000, and that's just reading. In recent years, researchers have used that information to develop ways to create, or "write," small synthetic pieces of human genetic code by combining the chemical building blocks of DNA. 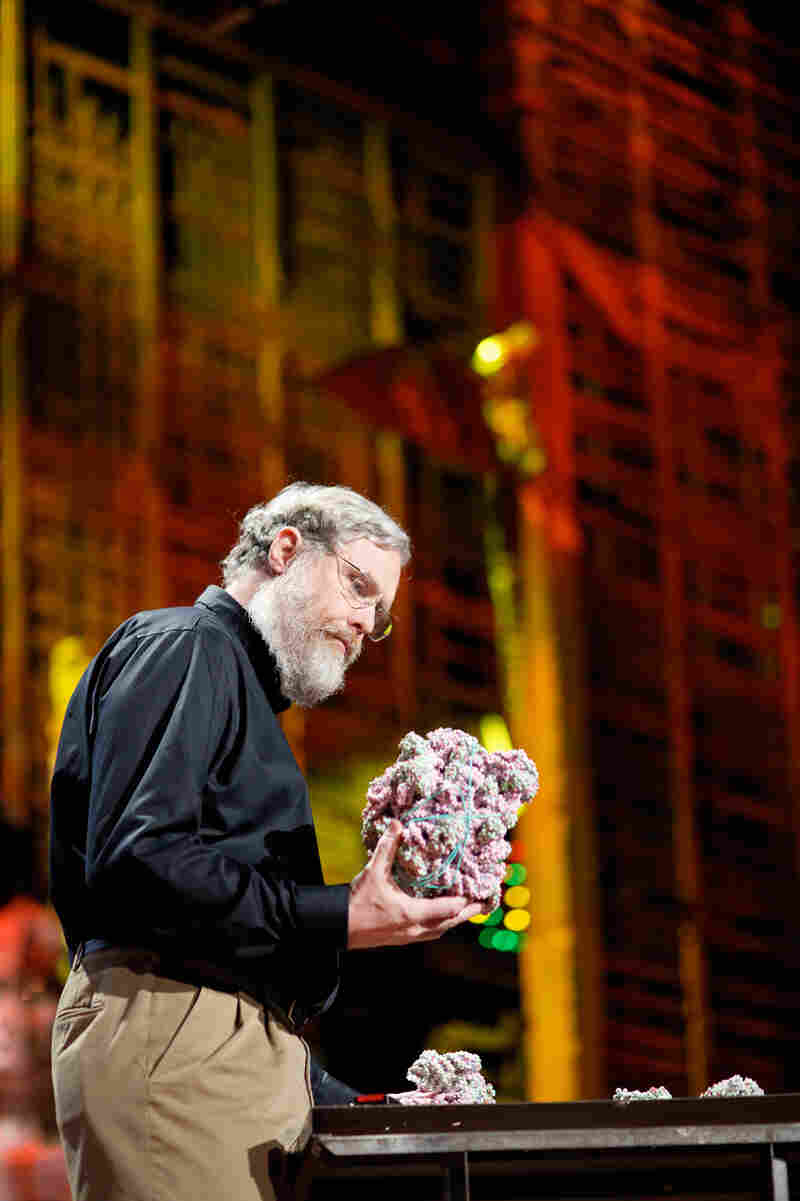 "We have the ability to synthesize bacterial genomes and we can synthesize parts of human genomes. We would like to be able to scale that up so we can make larger and larger collections of genomes," Church says.

Scientists could use synthetic genomes for a variety of purposes, Church says. They might, for example, be inserted into stem cells to make them safer to use to treat diseases, he says.

Another possible use would be to make cell lines that manufacture new drugs and vaccines, according to Church. Or they might be used to make cells that are impervious to viruses or cancer.

Synthetic human DNA might also provide a way to create "humanized animals" that grow organs to be transplanted into people, he says.

But critics like Darnovsky worry that synthetic human genomes could also be used to try to make designer babies — infants with traits desired by parents. She even worries the technology could be used to attempt to create some kind of genetic super-race.

"That's a goal that many, many people think is something we should not do and in fact that it should be a no-go zone," Darnovsky says.

Others also question whether creating synthetic human DNA is the best use of new synthetic biology techniques.

"This is a big new idea and has to be carefully thought through," says Laurie Zoloth, a bioethicist at Northwestern University. "We've had big ideas in science before, and some of them have worked out and some have led to very dark places in human history."

Church and his colleagues acknowledge that the technology raises ethical concerns that need to be addressed. But the scientists deny that they have any intention of using this particular project to try to engineer the human race.

"That's only a concern if you're talking about making people, and we're not talking about doing that," says Jef Boeke, a geneticist at the New York University Langone Medical Center and another member of the group.

Others agree that pushing the field forward has merit.

"The ability to synthesize long stretches of DNA would clearly provide us with an experimental tool that would be quite valuable for understanding how life works and how disease occurs," says Francis Collins, who heads the National Institutes of Health.

But Collins says scientists are nowhere near being able to create an entire human genome in the laboratory. And he agrees that any attempt to try to engineer the human race would be unethical.

For now, the NIH has no plans to fund any major new projects like the one being proposed, Collins says.