Accessibility links
Public Health Emergency Fund Holds A Paltry $57,000 : Shots - Health News Back in 1983, Congress authorized a public health emergency fund. But the pot of money was never very substantial and it hasn't been replenished. The fund now stands at $57,000.

A Permanent Fund That Could Help Fight Zika Exists, But It's Empty

A Permanent Fund That Could Help Fight Zika Exists, But It's Empty 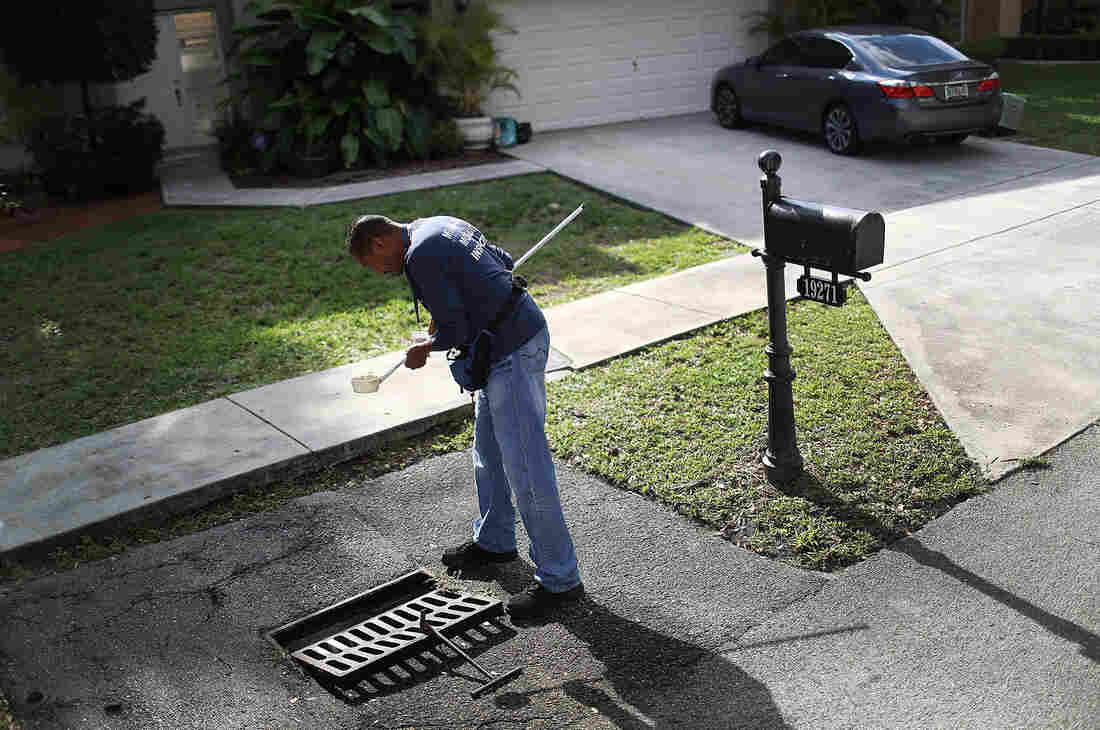 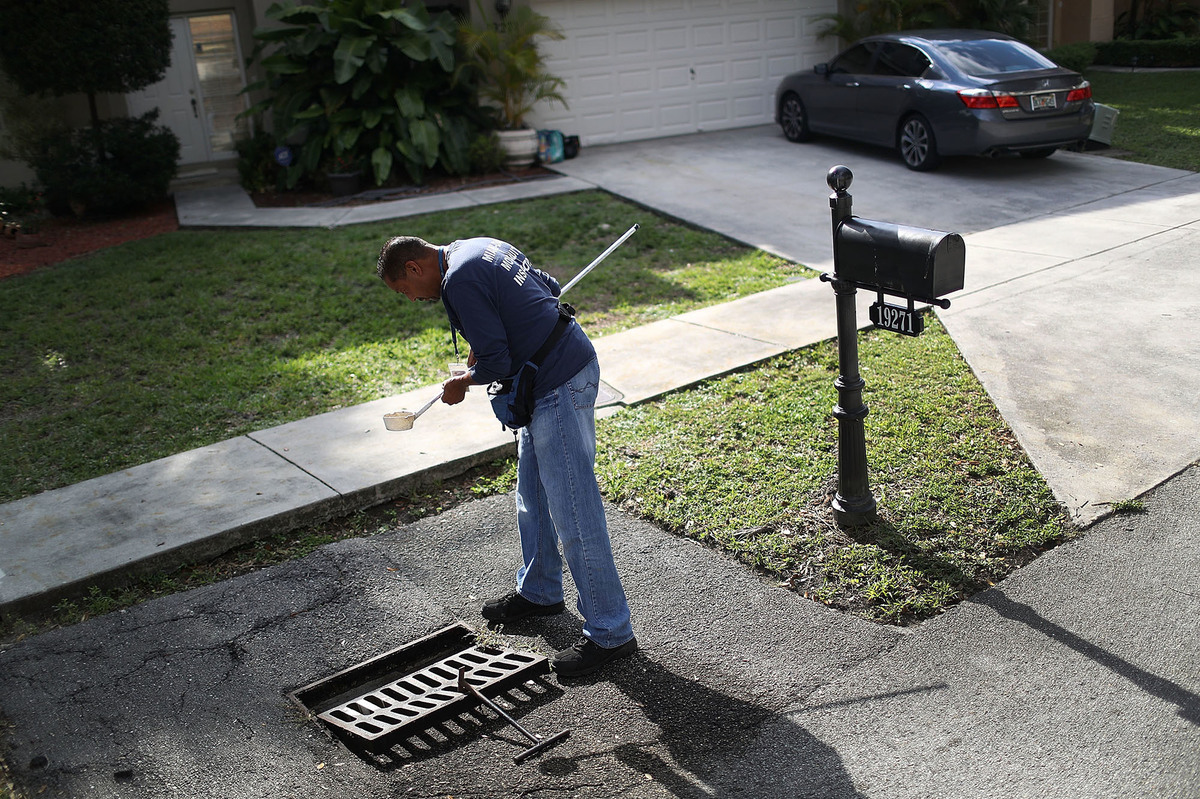 A mosquito control inspector in Miami-Dade County, Fla., looks for mosquito larvae in water from a storm drain.

Public health advocates who are exasperated by the fight on Capitol Hill over how much to spend to combat the Zika virus are looking longingly at the Federal Emergency Management Agency.

FEMA has a standing fund that it can draw upon when disaster strikes. The fund is replenished when the money is spent cleaning up from hurricanes, tornadoes and other natural disasters.

If only, public health experts sigh. If only there were such a fund for health threats, officials wouldn't have to choose between fighting Zika or Ebola. They wouldn't have to run to Congress begging for money and then wait, they say.

The public agrees with them. A survey by the Annenberg Public Policy Center shows that 63 percent of people said they support having a fund that the president can draw on to deal with an epidemic without having to ask Congress.

Well, it turns out there's been just such a fund all along — the public health emergency fund. Problem is, there's no money in it.

The fund was created by Congress in 1983, with an initial appropriation of $30 million. The law says if the secretary of Health and Human Services declares a health emergency and draws from the fund, Congress is authorized to bring it back up to $30 million each year. Problem is, after the first year, Congress only put money back into the emergency piggy bank twice, in 1987 and again in 1993 in response to the outbreak of hantavirus in the West.

The fund was reauthorized by Congress in 1990 with the balance raised to $45 million, according to a report by the Congressional Research Service, but it since has been abandoned. Today the fund has $57,000 in it, according to a spokesman for the Department of Health and Human Services.

President Obama requested $1.9 billion from Congress to try to combat Zika last February. Four months later, Congress is still debating how much money to allocate and where to get it.

The Senate has approved a bill giving the administration $1.1 billion in newly allocated money to mount a Zika response — which includes efforts to control the mosquitoes that carry the disease, research to find a vaccine, develop faster, more accurate tests for Zika infection and ways to deal with the birth defects that the virus can cause.

Scientists agree that the virus can cause microcephaly — a condition where a baby's head and brain are undersized and underdeveloped — in about 13 percent of babies born to women who get infected while pregnant. It is also linked to several other types of birth defects, and to Guillain-Barre syndrome in adults.

The House, by contrast, agreed to take $622 million, most of which had been dedicated to fight Ebola, and use it to combat Zika.

Obama says he'll veto the House bill if it reaches his desk.

To avoid these fights in the future, Rep. Rosa DeLauro, a Connecticut Democrat, has proposed legislation to re-up the public health emergency fund, by injecting $5 billion to be used for future emergencies. That's about what lawmakers set aside in 2014 to fight the Ebola outbreak in West Africa.

And last week, Dr. Tom Frieden, the director of the Centers for Disease Control and Prevention, called for a permanent fund in a speech at the National Press Club.

"In a public health emergency, speed is critical," he said. "A day, a week, a month can make all of the difference."

He called the emergence of Zika "urgent and unusual" and said he was initially stunned when lawmakers told him if they move fast, money would be available after three months.