Accessibility links
Study Finds Unintended Consequence Of Revised Transplant Rule : Shots - Health News Researchers report that performance standards set by federal health officials may have led to many patients being dropped from transplant lists without an improvement in survival rates. 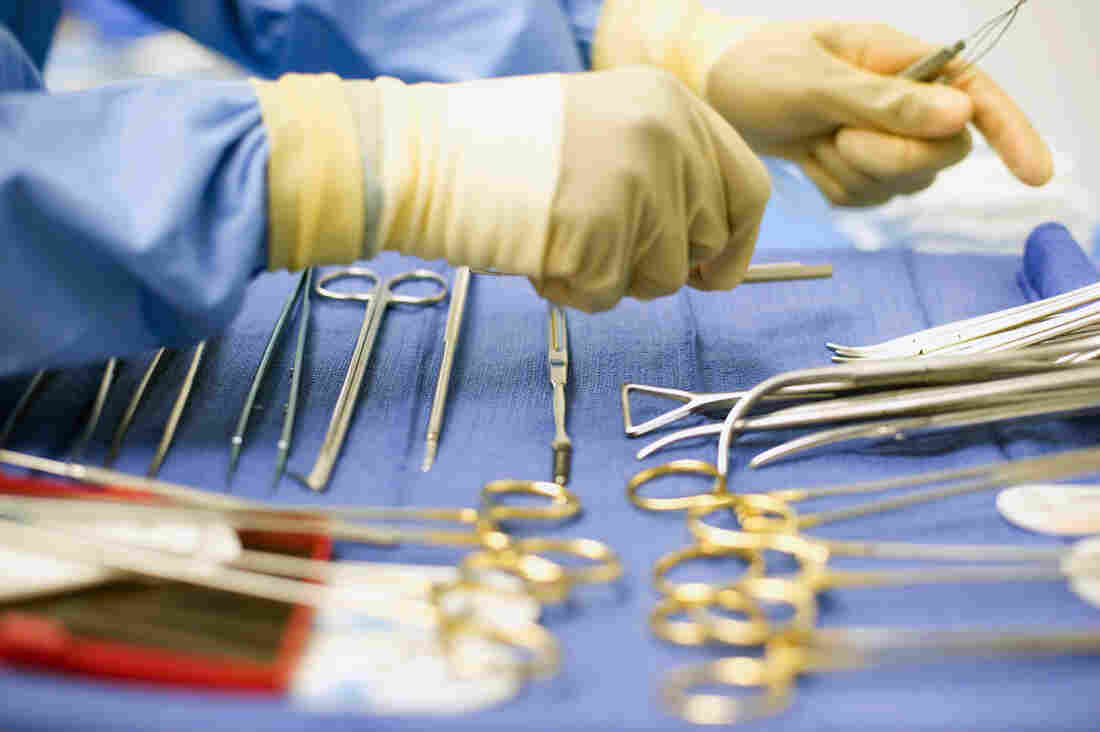 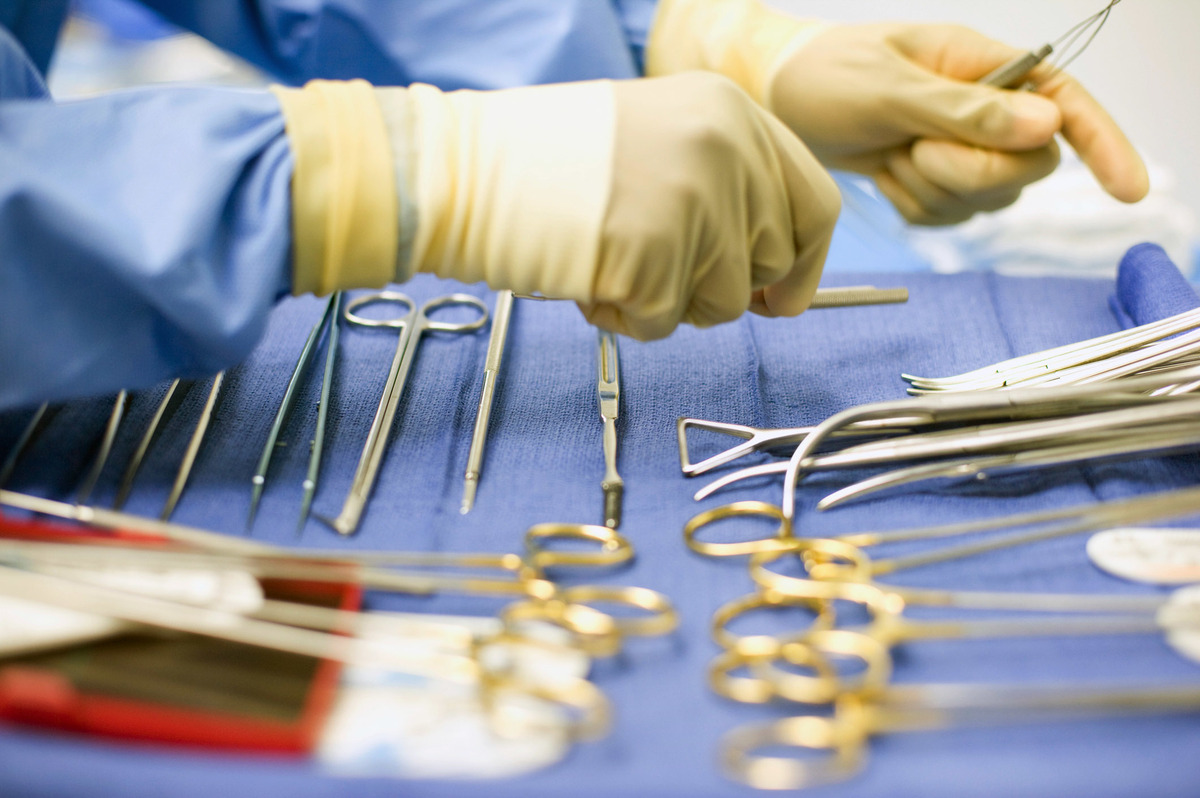 Did revised federal standards make transplant centers more averse to risk and encourage them to drop sicker patients who might affect the hospitals' patient survival rates?

For the roughly 15,000 people who need a liver transplant, it's a waiting game. With demand for donated livers far outstripping supply, patients may spend months or years on a transplant waitlist, their position in the line gradually improving as they get sicker.

A recent study suggests that this system may be changing, but not necessarily for the better.

In an effort to get or keep a good performance rating from the federal government, transplant centers have been labeling some patients "too sick to transplant" and dropping from the waitlist some who may have been viable candidates, the researchers found. In addition, despite removing more sick patients from the waiting list, one-year survival rates for patients who received transplants didn't improve.

The findings, published online in the Journal of the American College of Surgeons in April, examined trends in so-called delisting at 102 liver transplant centers, including 90,765 waitlisted adults, between 2002 and 2012.

Midway through the time period under study, the federal Centers for Medicare & Medicaid Services implemented a new policy that established performance standards for heart, heart-lung, intestine, kidney, liver, lung and pancreas transplant centers that participate in the Medicare program.

In order to meet CMS standards, liver transplant centers have to meet expected patient and liver graft one-year survival rates. Those that don't meet the performance standards, which CMS recently eased somewhat, may be flagged for poor performance and have to implement program improvements or risk their participation in the Medicare program. (In its letter describing the new guidelines, CMS noted that one-year patient survival for liver transplants increased from 87.7 percent to 90.8 percent between 2007 and 2014.)

But something happened when the new policy took effect in 2007: The percentage of patients that liver transplant centers considered too ill or unsuitable for a transplant rose by 16 percent, and the likelihood of de-listing continued to increase each quarter through the end of the study period. Compared with the time period before, the patients who were taken off the waitlist after the CMS policy change were more likely to be age 55 or older and have more severe liver illness.

The study authors speculate that the new standards made transplant centers more averse to risk and encouraged them to drop sicker patients who might affect their patient survival rates.

"There's no common definition for when someone is too sick to transplant," said Natasha Dolgin, an M.D.-Ph.D. candidate at the University of Massachusetts Medical School and the study's lead author.

Some suggest a different way to look at the effect of the CMS policy. "Maybe centers are making the internal decision of trying to choose the best candidates," said Dr. David Goldberg, medical director for living donor liver transplantation at the University of Pennsylvania.

The most common reason for a liver transplant is cirrhosis, or scarring of the liver, often caused by hepatitis C or alcoholic liver disease. The severity of patients' illness is evaluated based on their Model for End-Stage Liver Disease, or MELD, score, a numerical score between 6 and 40 that predicts the risk of death within three months and is calculated based on three laboratory values.

Nationwide, 6,729 liver transplants were performed in 2014, but 1,821 patients died on the waitlist. Another 1,300 people were removed from the waitlist because they were considered too sick for a transplant. Patients' health may deteriorate to the point that a transplant is no longer advisable, or they may contract an infection, for example, that makes delisting necessary. But those reasons don't explain the increase in delisting following the introduction of the CMS policy, according to the study.

Still, Dolgin said she doesn't blame transplant centers for their waitlist decisions. Once there is a "benchmark, you try to meet that."

Kurt Schnier, an economist at the University of California-Merced who has conducted research examining the impact of the CMS policy on kidney transplant waitlisting practices, said the policy has increased the length of time patients are on the waitlist. That research is under review for publication. The CMS policy may also affect surgeon behavior at centers that don't meet condition of participation standards, leading them to conduct fewer transplants, for example.

"It's a well-intended policy," Schnier said. "The problem is that it creates perverse incentives at the physician level that may undermine the personal welfare of the general population."

"This is part of the culture now," said Dr. Hillel Tobias, medical director of New York University's liver transplant service and chairman of the medical advisory committee of the American Liver Foundation. "You can't take a chance because if your numbers go down you're going to get canned."

One of the goals of the CMS policy was to improve transplant outcomes because of concerns related to transplant center quality and service. Yet the study found its introduction didn't have a statistically significant impact on mortality rates within a year of transplantation.

Liver transplants are complicated, and the fact that survival didn't improve during the course of the study might reflect the fact that there may be complications that are not preventable, said Goldberg.

Asked to comment on the study, a CMS official said, "CMS is reviewing available evidence about the impacts of our policies on organ transplant centers. After thorough review we will determine a course of action."