Accessibility links
Investors Seek To Buy Opioid Treatment Facilities : Shots - Health News Opioid addiction treatment is a growth market, and private equity firms are buying up treatment centers and chains. But it's too soon to say how this might affect access to care and quality. 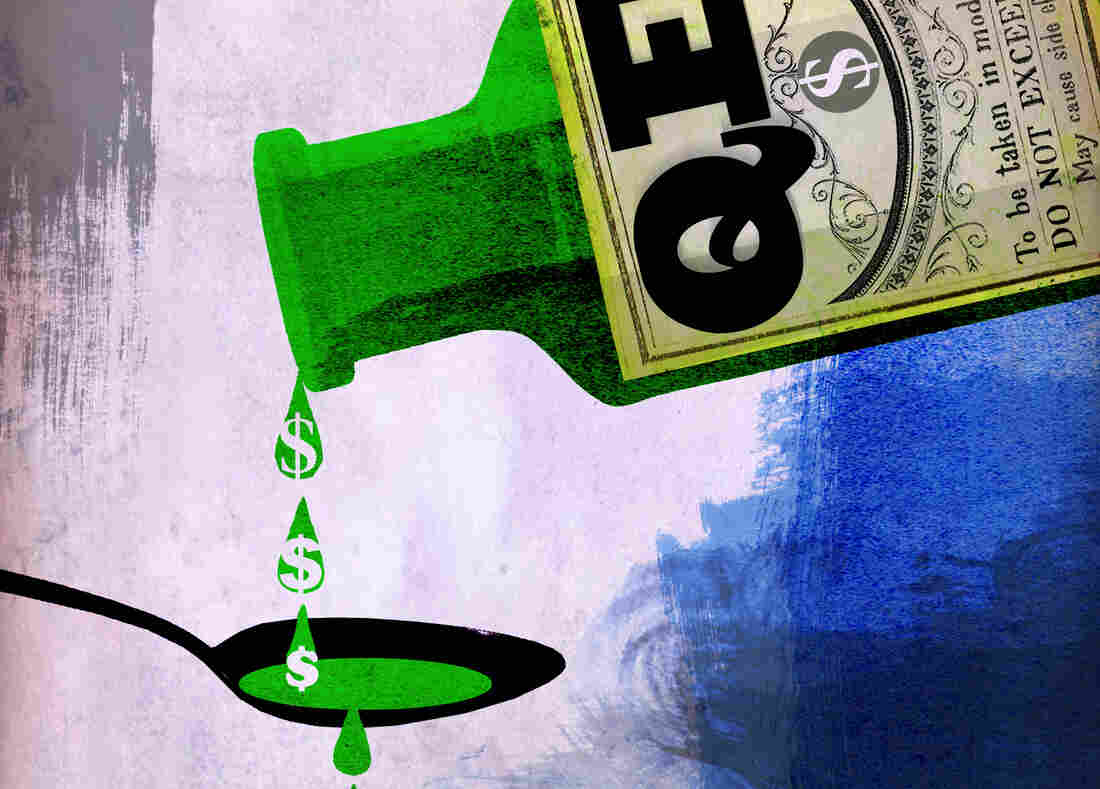 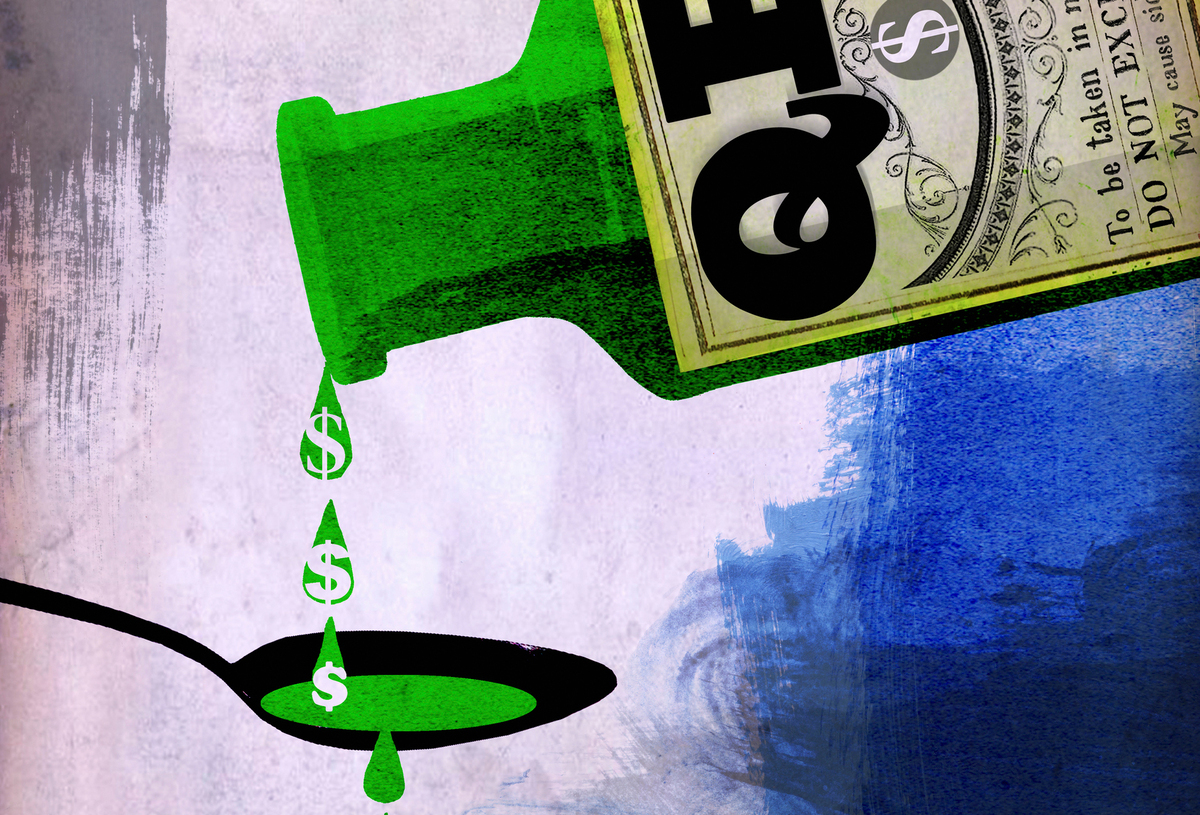 The first time Ray Tamasi got hit up by an investor, it was kind of out of the blue.

"This guy called me up," says Tamasi, president of Gosnold on Cape Cod, an addiction treatment center with seven sites in Massachusetts.

"The guy" represented a group of investors; Tamasi declines to say whom. But they were looking to buy addiction treatment centers like Gosnold.

"He had checked around and learned that we were one of the more reputable programs. We had a good reputations in the community — nice array of services," Tamasi recalls. "He wanted to know if we were interested in becoming part of his company."

Tamasi was intrigued. Gosnold is a not-for-profit system. It makes money on some services, like inpatient rehabilitation, and uses that income to pay for stuff that doesn't make money, like family support groups.

Every crisis presents an opportunity, as the saying goes. And when it comes to opioid addiction, investors and businesses are seeing a big opportunity in addiction treatment.

Places like Gosnold are being gobbled up by private equity companies and publicly-traded chains looking to do what is known in Wall Street jargon as a roll-up play. They take a fragmented industry, buy up the bits and pieces and consolidate them into big, branded companies where they hope to make a profit by streamlining and cutting costs.

One company that advises investors listed 27 transactions in which private equity firms or public companies bought or invested in addiction treatment centers and other so-called behavioral health companies in 2014 and 2015 alone.

Acadia Healthcare is one national chain that has been on a shopping spree. In 2010 it had only six facilities, but today it has 587 across the country and in the United Kingdom.

The opioid addiction crisis is boosting demand for treatment and two relatively recent laws are making it easier to get insurers to pay for it.

The Mental Health Parity Act of 2008 requires insurers to cover mental health care as they would cover physical health care.

"Mental health parity was the beginning. We saw a big benefit. And then the Affordable Care Act was very positive for our industry," says Joey Jacobs, Acadia's CEO. He spoke at an investor conference last month.

Obamacare is driving their growth in part because so many more people have health insurance, and in particular because of a provision in the law that allows people up to age 26 to stay on their parents' insurance policies. That's the age of many opioid and heroin abusers.

Suddenly there's a huge stream of cash for Acadia and other companies to tap into.

Addiction treatment isn't all that Acadia does. It has residential schools for teenagers, inpatient psychiatric facilities, and centers for people eating disorders.

But addiction is certainly a big part of the business. It has more than 100 inpatient detox and rehab centers and runs 110 opioid treatment programs, better known as methadone clinics, which it bought from private equity firm Bain Capital in 2014 for $1.18 billion.

Bain, which was founded by Mitt Romney, had purchased CRC Health, a chain of treatment centers, in 2005 for $720 million. It then bought at least 20 more rehab centers and then added a Massachusetts-based chain of methadone clinics in 2014 for $58 million, just before selling the entire package to Acadia.

In the slide show Jacobs presented at the investor conference, the company referred to the rising use of heroin as a "favorable industry tailwind" and predicted its revenue would continue to grow.

Jacobs says his company is filling a growing demand.

"We do a lot of good right here in this space, a lot of good," he said at the conference. "And we think this market will continue to grow, and the need for our services are definitely out there."

Acadia is not unique. American Addiction Centers is a chain of 11 residential and 19 outpatient treatment centers that went public last year. The company said at the same investor conference in May that it had acquired five treatment centers last year and has two more acquisitions in the works.

And a handful of companies still owned by private equity investors are also growing into regional powers.

Companies like Acadia fill a needed void, says Mark Parrino, president of the American Association for the Treatment of Opioid Dependence, outpatient programs that treat addiction using methadone or other medications.

"There is a need for expanded access to care. Everybody seems to understand that," he says.

But state governments aren't paying to build more methadone clinics and there's little money available in the non-profit sector for them either, Parrino says.

Still, the number of programs has nearly doubled in the last 10 years, largely thanks to private investment, which he says is a positive development.

Linda Rosenberg, president of the National Council on Behavioral Health, which represents non-profit addiction treatment programs, worries that private investors are too focused on the profitable inpatient beds and will neglect the services that help patients re-enter society.

"After rehab, you come back to your family and your family knows very little," Rosenberg says. "You need a job, you need health insurance, you need medication-assisted treatment for addiction, you need counseling."

She says there's very little private investment in all that.

"I think that's the biggest danger," she says.

And that's exactly what Tamasi found.

When he met with the first group of investors, he learned they only wanted to buy Gosnold's money-making programs — inpatient detox and rehab,

"A detox setting or a rehab program, they have a much wider stream of where revenue can come from," Tamasi tells Shots. "They're covered by insurance, people are willing to pay for it if they have the resources to pay for it."

The investors didn't want the prevention programs, the long-term care or the school-based programs. They didn't want to invest in the recovery managers that help people get back on their feet once they get out of rehab.

But Tamasi thinks those things are important, so he didn't sell.

"They're almost like investments that a community-minded provider would make in order to do the things that they think the community could use," he says

Since that first meeting two years ago, the calls have kept coming. At a conference in May, he was approached three times in a single day by people interested in buying parts of Gosnold.

When a private equity firm invited him to New York to talk about the industry, he says the meeting hosts asked him about occupancy rates, insurance reimbursement and future demand for detox and treatment.

"There weren't a lot of questions about what do you do, what actually happens in these places — a little but not much," he recalls.

But why do so many smaller companies and nonprofits sell?

To Tamasi it was clear that this investor had the money to build new buildings or add treatment beds, something that it would take him years of fund raising to achieve.

But he's not convinced they will offer the breadth and depth of care that Gosnold on Cape Cod does today.

"That's a classic discussion between for-profits and not-for-profits," says Eric Coburn, managing director at Duff and Phelps, which advises private equity firms on how to value and finance acquisitions. Coburn specializes in health care mergers.

"The not-for-profits say the for-profits don't care about care," he added. "The truth is that if you're providing a service that doesn't provide good care in the health care space, that's not a very good long-term strategy."