Accessibility links
Rachel Star Withers Helps People Understand Schizophrenia : Shots - Health News People with schizophrenia say it helps them cope when they see others talking about the experience online. Their friends and family members say it gives them insight into that hidden world. 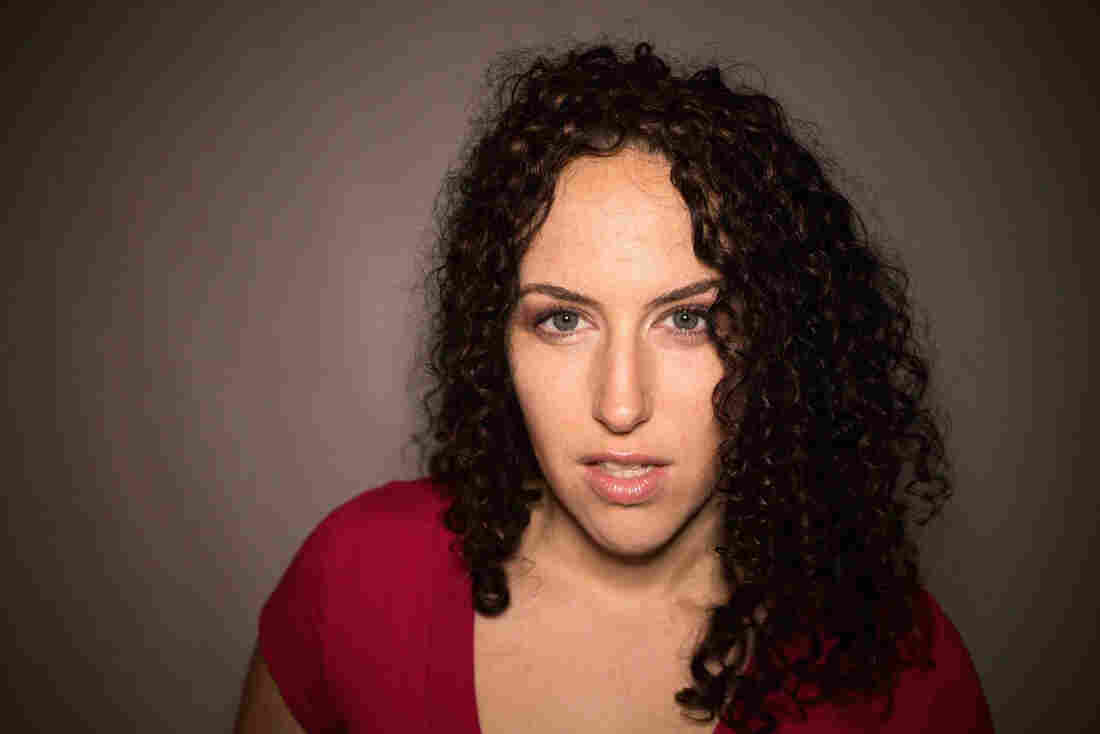 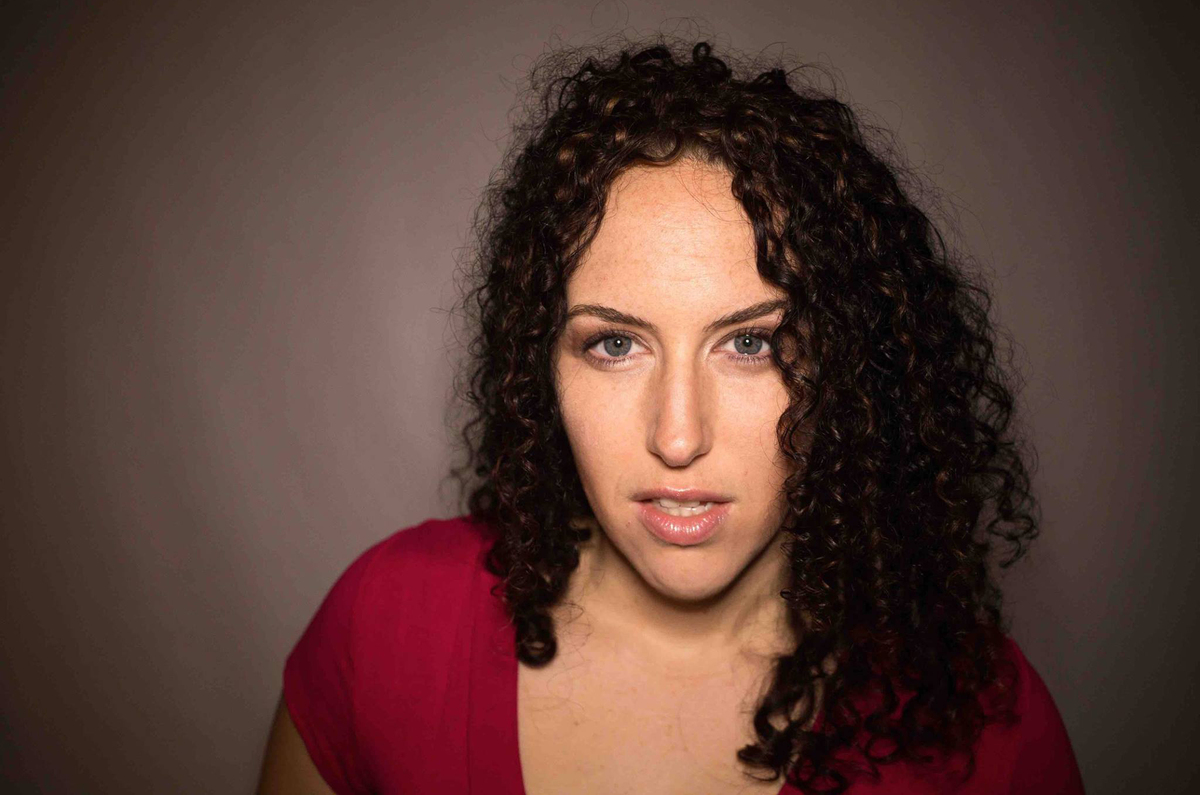 Rachel Star Withers says that talking about her schizophrenia on YouTube has helped her. Some people who see the videos say the videos help them, too.

Rachel Star Withers runs a YouTube channel where she performs goofy stunts on camera and talks about her schizophrenia.

Since 2008, when the then 22-year-old revealed her diagnosis online, tens of thousands of people have seen her videos. Some of them have a psychotic disorder or mood disorders themselves, or know people who do.

They say her explanation about what a symptom like hallucinations feels like can be really helpful. So can Rachel's advice on ways to cope with them, like getting a dog or a cat. If the animal doesn't react to the hallucination, then it's probably not real, she says.

We talked with people about how Withers' videos have helped them understand these diseases. What follows is a Q&A with two of these people. The interviews have been edited for length and clarity.

Julia Billingsley is 22 years old and from Peoria, Ill. She learned she has schizophrenia last year, but she says her earliest encounter with the disease was back when she was very young. Her mother has schizophrenia, too, Billingsley says, and often had a delusion that their home was bugged.

Julia, you started developing symptoms last year. Do you remember the first thing that happened to you?

I'd just started dating my current boyfriend. And I'd be over at his house and I'd go to the bathroom. And this thought, this intrusive thought that wasn't my own at all would pop into my head like with force. And it would be like, hey. This room is bugged. And I was like, what? It made me stop. I stopped what I was doing and I didn't understand why my brain was thinking that.

That's actually how I found Rachel's videos. I knew what was happening to me, and I got obsessed. I had to know everything about it. And I came across her videos. It really put a name and a face to everything I was going through. It showed me I wasn't alone.

Sometimes I would just click through all of her videos and I would find a video on something I had no idea about. Like depersonalization [feeling disconnected from yourself]. And it prepared me in a way. So when it did happen to me, I was like this is just depersonalization. I just have to ride it out, and I'll be fine.

Seeing the videos and knowing that Rachel had made it through that too, did it make you feel safer?

No, not safer. Just stronger. Schizophrenia is so smart in a way. I had a delusion where I thought my boyfriend wasn't my boyfriend. I thought he was a doppelganger or something. I started rationalizing like, this is just a schizophrenic thought. And it turned around and was like, that's just what he wants you to think. And just seeing all of Rachel's videos and hearing her coping mechanisms really made me stronger.

You say you actually had to hide your disorder from your family. Did the videos sort of stand in as a support system in a way?

Yeah. Growing up, [schizophrenia] was the root of all evil in my family. And my boyfriend, bless his heart, he is amazing. But he has no idea. He can try, but he can't even comprehend what it's like. So when you come across someone who goes through the same exact thing as you — it's — you don't even have to explain it. It's like one word, and they're like, oh yeah. Me, too. Definitely seeing other YouTubers, especially Rachel, it's definitely a support system.

Don Moore is 64 years old and from Portland, Ore. His daughter has schizophrenia and was diagnosed in 2003. A few years later, a friend of his saw Rachel's first video, Normal: Living with Schizophrenia, and sent it to him. "I saw that and I said, wow. That's so much like my family and my daughter and our experience," he says.

Don, what did it feel like when you first saw the videos?

Oh, I was in tears. Mostly I watched it myself. I watched it multiple times. It kind of changes you. You always hear the story that you're not alone. Well, in this case, truly, truly I was not the only one.

That [first video] was fascinating, when I saw her with her parents and talking about some of the difficulties. The parents would say wow, she'd be great and really wonderful and turn around and it would be like, whoa, who is this? I could relate to that. It's very hard to find someone who has a commonality of experience. And Rachel's' videos at first were like, wow. OK. Now I have something to see and something to compare with.

When you watch Rachel's videos, does it help you recognize when your daughter started getting symptoms?

We noticed something wrong from birth. Whenever she would wake up, she would scream at the top of her lungs. One night this happened, my wife's sister was staying with us and she came over. My wife was rocking Tracy to sleep, and her sister said, what are you doing to that kid? It sounds awful. And Pamela said, I'm trying to comfort her.

And when I listen to Rachel describe her childhood, visualizing monsters and being disturbed or bothered by certain kinds of things, I could relate to that. That helped me understand some of the things I saw when I was with my daughter and I couldn't put my finger on exactly what they were.

Rachel was good about explaining how she felt, what she was going through. My daughter tended to hide that. But now you could get a window into the mind of a young person who was going through this, and she was very descriptive about what was happening in her. My daughter was not. That helped me understand what I was seeing on the outside of my daughter. It helped me break through. It just helps you understand it. It's tremendous.

Think about this. You're trying to raise this kid and get them through high school. And at graduation, she didn't walk across the stage because she freaked out and did something else. She'd go off on standardized tests and be really brilliant, and then couldn't figure out how to do something really simple. And so you're sitting here, scratching your head, going why is this? It makes no sense.

Because you've been told by mental health professionals, oh, she doesn't have schizophrenia, that's really serious stuff. She's just depressed or whatever. You're sitting here trying to figure it out. When you have Rachel here talking about it, you just go, oh, OK. And it's part of a key that just helps unlock it.