Accessibility links
Doctors Often Shy Away From Offering Addiction Treatment : Shots - Health News After four or five of his patients died from opioid overdoses in one month, Craig Smith, a family doctor in Bridgton, Maine, realized he couldn't wait for someone else to offer addiction treatment. 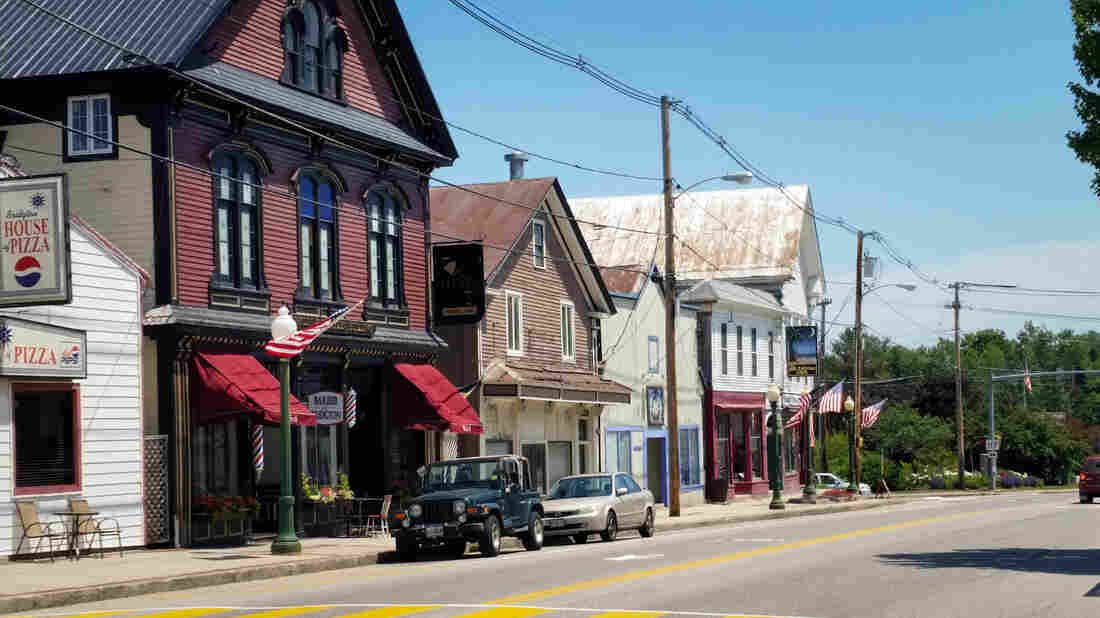 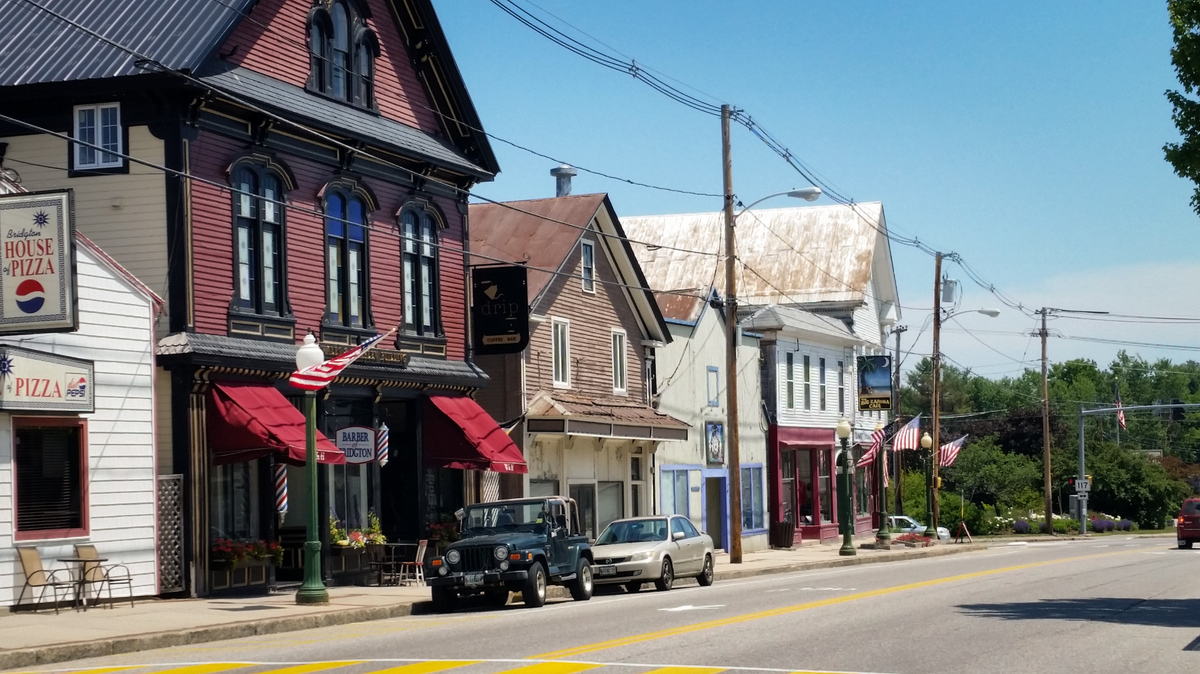 Like many small towns, Bridgton, Maine, had few resources for people seeking treatment for opioid abuse.

Bridgton, Maine, is the kind of place people like to go to get away. It's got a small main street with shops and restaurants, a pair of scenic lakes, a ski resort and plenty of hiking trails.

But about 10 years ago, Bridgton, a town of just 5,000 residents, began showing signs of a serious drug problem.

"I had a lot of young people calling the agency to come into treatment," says Catherine Bell, director of Crooked River Counseling, a substance abuse treatment center in Bridgton. "They were using needles. They were shooting heroin and it was like, really bombarded."

Like so many states, Maine is facing a chronic shortage of treatment for opioid addiction. The problem is especially acute in rural parts of the state where there are no addiction doctors and the nearest methadone clinic is at least an hour's drive away.

Bell says she thought that if treatment was going to be successful, patients would need the option of methadone or buprenorphine, commonly known as Suboxone, in addition to counseling. Both medications reduce withdrawal symptoms and cravings for opioids. For a while, getting patients access to medication-assisted treatment seemed hopeless. And then Bell met Dr. Craig Smith, a physician at North Bridgton Family Practice.

Over lunch with Smith one day, Bell blurted out an idea. "I said, 'I'll tell you what. You prescribe. I'll do the counseling for you.' "

Under federal law, doctors have to be trained and certified by the Substance Abuse and Mental Health Services Administration to prescribe Suboxone, and they are limited to treating no more than 100 patients. The Department of Health and Human Services has proposed increasing the number of patients to 200.

But beyond that hurdle, many physicians are reluctant to treat opioid addiction because of how they think it will affect their regular practice. Smith told Bell he'd have to think about it.

"And in the month of August of that year, I had four or five patients that had overdosed and died," Smith says. "One was a 34-year-old mother, two kids. I had no idea. I still feel guilty about that." 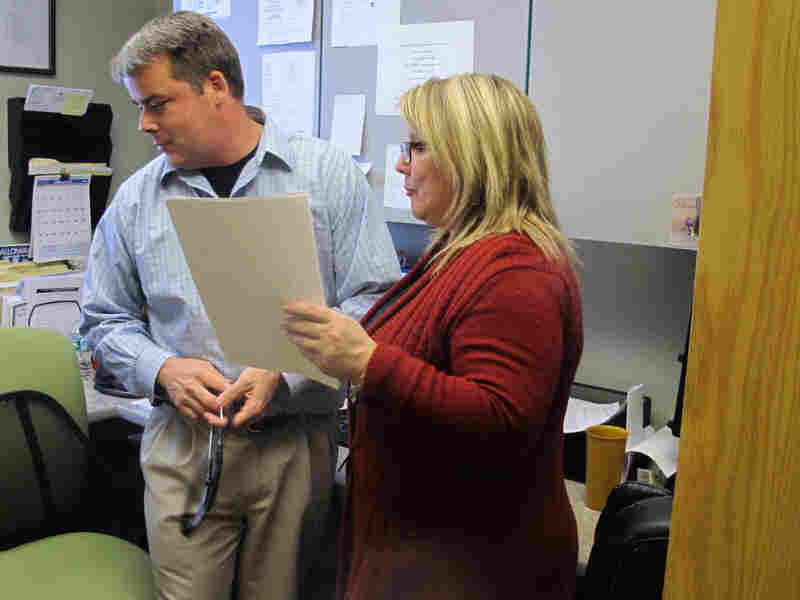 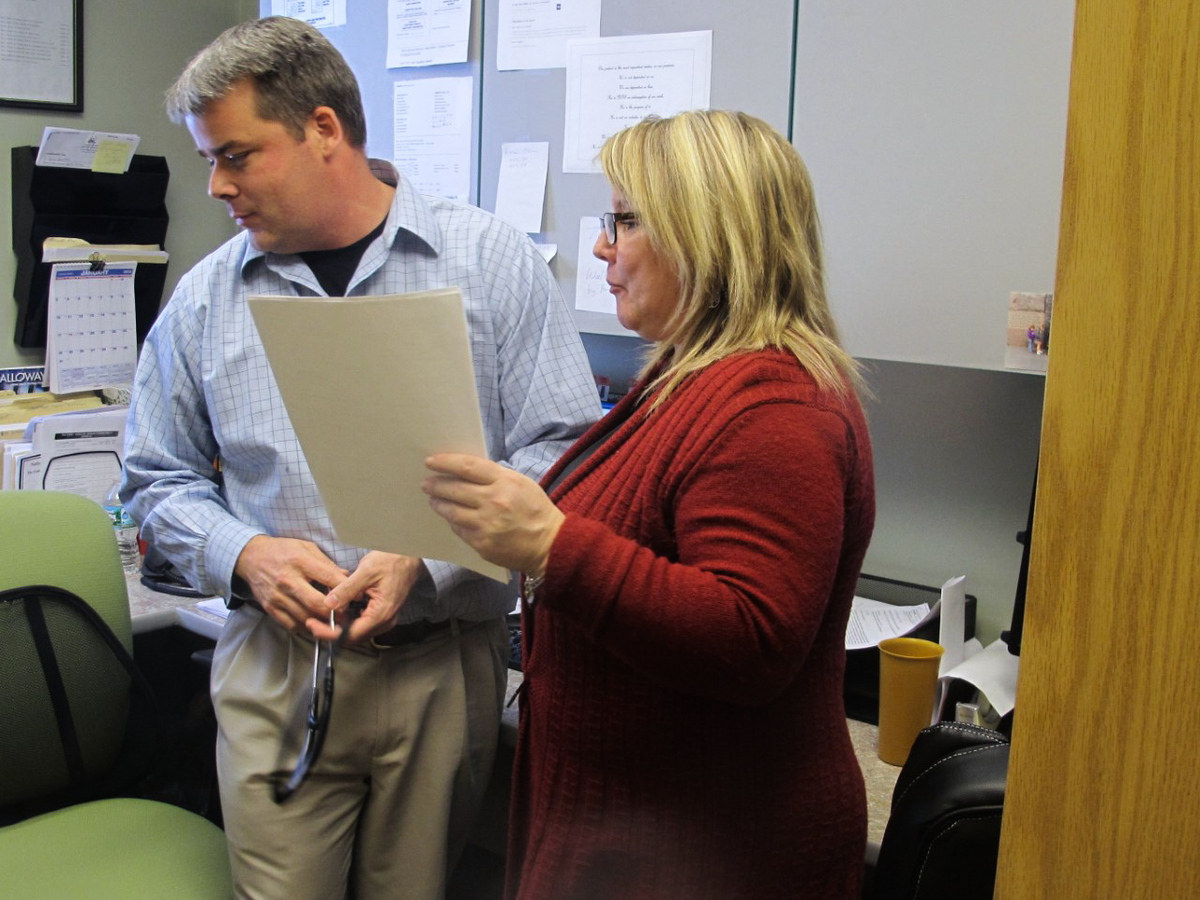 So in 2009, with the support of his hospital and Bell's assistance, Craig Smith started prescribing Suboxone. At the time, few primary care doctors in the area were doing it. Pretty soon Smith's wife, who works in the same family practice, had joined him in providing medication-assisted treatment, but not without some misgivings.

"My initial feeling was — you know, I don't want those people in my office," says Dr. Jennifer Smith. "I run a family practice. I see a lot of kids. I don't want them here."

Smith says she finally realized it wasn't new patients who needed help; it was patients she was already treating, including pregnant women. She just didn't know they were using drugs. So now the practice offers medication as well as intensive outpatient counseling and group therapy.

Both Smiths say offering the service has opened a window on their patients' lives, and both say they would recommend that other primary care doctors take on the same work.

"The key for us was involving the counseling group, Crooked River," Craig Smith says, "having them screen patients and figure out who are the best candidates for treatment."

It's the kind of experience policymakers are hoping catches on as a way to address the shortage of drug treatment around the country.

Catherine Bell of Crooked River Counseling says offering the service and making it work financially is "really, really hard." Because her practice doesn't get grant money and isn't affiliated with a larger hospital, she can't offer treatment to people who don't have insurance unless they can afford to pay cash for a few sessions at a time.

On the other hand, the doctors who prescribe medications have more flexibility, Bell says, because their practice is owned by Bridgton Hospital, which does offer some charity care. About 90 percent of patients are covered under the state's Medicaid program.

At the women's support group that meets twice a month at North Bridgton Family Practice, the women say they like the convenience of having their medical care and counseling under one roof. It's easier to schedule appointments. There's better coordination of their treatment. More importantly, the patients say they now know they can be upfront about their addiction.

Jennifer Smith says offering drug treatment has made her a better doctor, and she says she can see that what she's doing is making a difference.

"I mean, you see people going back to school, going back to work, staying out of jail, taking care of their kids, getting DHS out of their life," she says.

Not everyone who enters treatment at the family practice is successful. Counseling is mandatory. So is drug screening. And those patients who can't or won't comply are dropped from the program.