Accessibility links
Changes For Colon Cancer Screening: 5 Things To Know Now : Shots - Health News A federal task force expanded the list of recommended colorectal cancer screening tests. Here's the lowdown on the tests and how they might be covered now and in the future by health insurance. 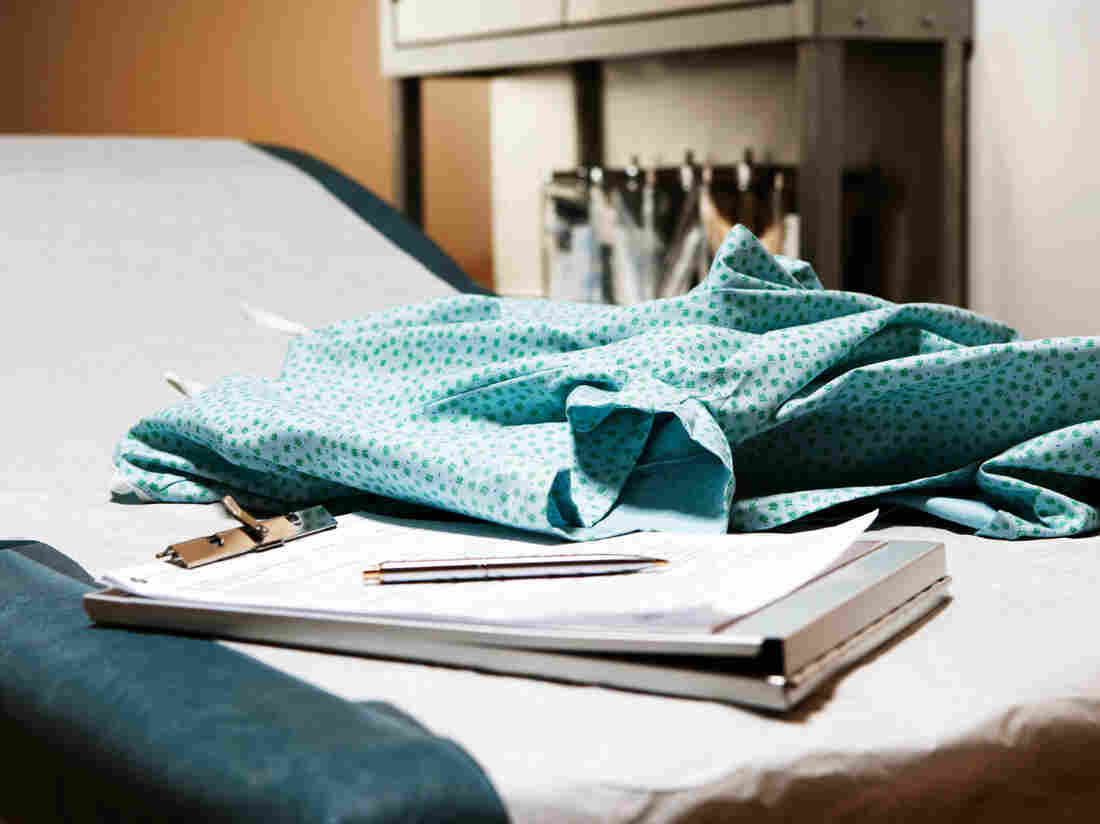 Tests you can take at home to check for colorectal cancer are now recommended on par with colonoscopy. Janis Christie/Getty Images hide caption 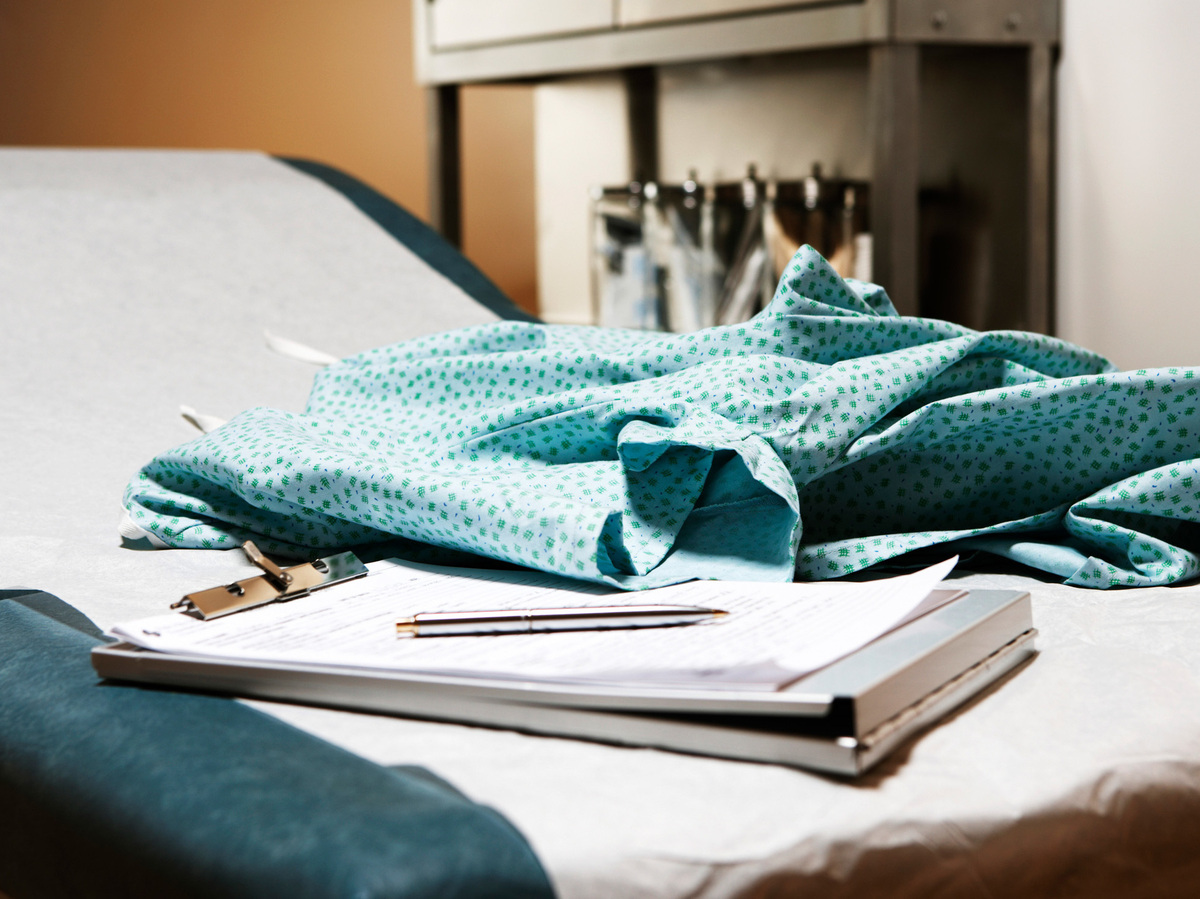 Tests you can take at home to check for colorectal cancer are now recommended on par with colonoscopy.

It's a predictable passage in life: Hit 50, get lots of birthday cards with old-age jokes, a mailbox full of AARP solicitations — and a colonoscopy.

But millions of Americans — about one-third of those in the recommended age range for colon cancer screening — haven't been tested. Some avoid it because they are squeamish about the procedure, or worried about the rare, but potentially serious, complications that can occur during colonoscopies.

Now, an influential panel has added some new choices, aiming to get more Americans screened for colorectal cancer, which is the second leading cause of cancer death in the U.S.

Following its review of all the available medical evidence, the U.S. Preventive Services Task Force — an independent blue-ribbon panel of medical experts — updated its colorectal cancer screening guidelines. The panel gave an A rating to screening all adults between ages 50 and 75 years at average risk of the disease, saying the benefits are "substantial." People with a family history or other risk factors might want to start earlier — and those older than 75 should talk with their doctors about whether to continue screening.

Noting that not enough Americans are getting screened, the panel essentially said the best test is the one that patients will take: "The goal is to maximize the total number of persons who are screened because that will have the largest effect on reducing colorectal cancer deaths."

The biggest change from prior guidelines is the panel's inclusion of two more ways to screen for the disease, including virtual colonoscopies, like the one President Obama had in 2010. Also called computed tomography (CT) colonography, the test uses special X-ray machines to examine the colon. The panel also added a $650 home test called Cologuard, which checks stool for elevated levels of altered DNA that could indicate cancer. Those tests join several others that were part of the panel's previous recommendations: the full colon exam called colonoscopy; sigmoidoscopy, which uses a lighted tube and camera to examine just the lower portion of the colon; and two other types of home stool tests, fecal occult-blood tests and fecal immunochemical tests. Because of the task force's A rating for colon cancer preventive screening, these tests generally must be offered to insured patients without a copayment or deductible under the rules put in place by the Affordable Care Act.

3) Don't expect all insurers to drop copays on the new tests right away.

While Medicare already covers Cologuard as a preventive screening tool, many private insurers don't. Of people with private insurance who are in the target age range, about 1 in 4 currently has coverage for the test, said Kevin Conroy, president and CEO of Exact Sciences, which makes the test. "That's going to change," he said, "because health plans have told us that they will follow the task force's guidelines."

When it comes to virtual colonoscopies, some insurers — including Cigna — cover them, but Medicare doesn't. In 2009, Medicare said there was insufficient medical evidence to determine whether such tests should be covered nationally.

Now Medicare will likely be asked by proponents of virtual colonoscopy to revisit that decision.

Under Obamacare, insurers have up to a year to incorporate A- or B-rated screening tests into their benefit packages without a copayment. But there is some ambiguity in this case because the screening itself — not the individual tests — was given the A rating. While many experts believe insurers must offer all the types of tests, that isn't entirely clear. Insurers and patient advocate groups both say they will seek additional clarity from the Obama administration.

The panel did not rank the tests, noting a lack of head-to-head comparisons showing any one method has the most net benefit. All tests have pros and cons. For example, getting a colonoscopy every 10 years has the advantage that, if potentially cancerous polyps are detected, they can be removed during the procedure. But it also carries a small risk of harmful complications, such as anesthesia-related cardiac problems, bowel perforations or abdominal pain. Sigmoidoscopy at five-year intervals has a lower rate of complications, but can miss some cancers because it doesn't reach the entire colon. Annual stool tests, which don't themselves carry any risk, reduce colorectal cancer deaths, the panel noted. The newer FIT immunochemical stool tests are a bit better at spotting cancers than FOBT, which studies show can correctly identify cancers 62 percent to 79 percent of the time. Cologuard — recommended every one to three years — detects existing cancers 92 percent of the time, but has a higher false-positive rate than FIT. Virtual colonoscopies, which expose patients to X-ray radiation, spot existing cancers of 10 millimeters or larger 67 percent to 94 percent of the time. The exam can also lead to additional, sometimes unnecessary testing because it flags potential problems outside the colon 40 percent to 70 percent of the time, with only about 3 percent of those concerns ultimately needing some form of treatment, the panel noted.

Although preventive screening is covered without copayments or deductibles, some patients still end up with a bill. Medicare, most notably, requires a 20 percent copay if a polyp is found during a screening colonoscopy and removed. That payment averages $272, although advocates say they have seen far higher bills. Most private insurers do not charge patients if a polyp is found during a preventive screening, following Obama administration clarifications on the topic.

Two bills in Congress aim to apply those same rules to Medicare.

Another way consumers can get hit with a copayment is if a stool test, sigmoidoscopy or other exam indicates cancer might exist. A colonoscopy is then performed and some insurers consider that test a diagnostic exam, rather than a preventive screening. The American Cancer Society Cancer Action Network says it has asked the administration to clarify what happens in such a case. "If a patient has a positive test, the next step is colonoscopy, and therefore should be covered without cost-sharing," said Caroline Powers, director of federal relations with ACSCAN. "We're trying to get more people screened."

Kaiser Health News is a service of the nonprofit Kaiser Family Foundation. Neither one is affiliated with the health insurer Kaiser Permanente. Follow Julie Appleby on Twitter: @Julie_appleby.