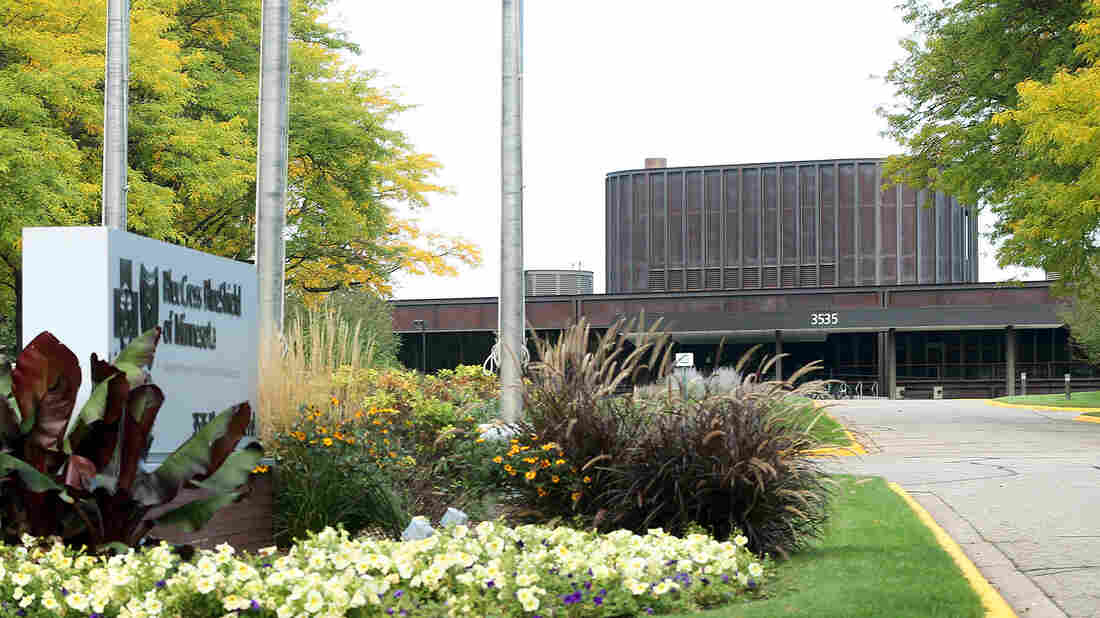 At Blue Cross and Blue Shield headquarters in Eagan, Minn., the losses on the sale of insurance plans to individuals led to a change in course. Jim Mone/AP hide caption 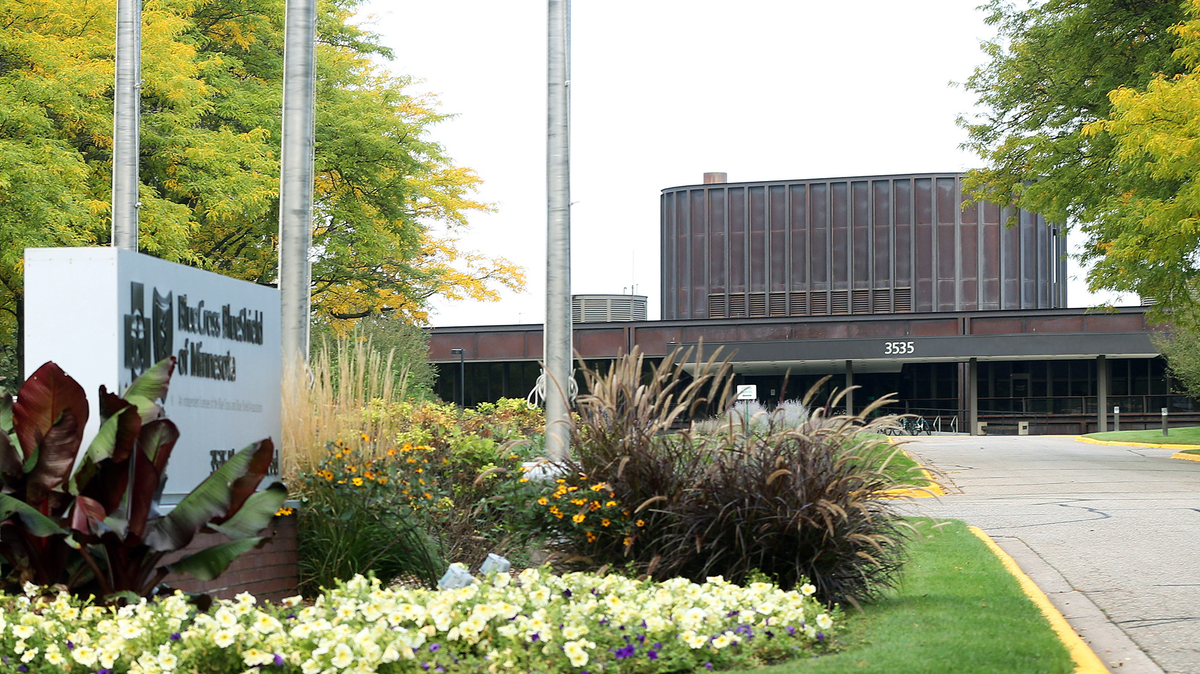 At Blue Cross and Blue Shield headquarters in Eagan, Minn., the losses on the sale of insurance plans to individuals led to a change in course.

Blue Cross and Blue Shield of Minnesota will retreat from the sale of health plans to individuals and families in the state starting next year. The insurer, Minnesota's largest, said extraordinary financial losses drove the decision.

"Based on current medical claim trends, Blue Cross is projecting a total loss of more than $500 million in the individual [health plan] segment over three years," the insurer said in an emailed statement.

The Blues reported a loss of $265 million on insurance operations from individual market plans in 2015. The insurer said claims for medical care far exceeded premium revenue for those plans.

"The individual market remains in transition and we look forward to working toward a more stable path with policy leaders here in Minnesota and at the national level," the company stated. "Shifts and changes in health plan participation and market segments have contributed to a volatile individual market, where costs and prices have been escalating at unprecedented levels."

The decision will have far-reaching implications.

Blue Cross Blue Shield says the change will affect about "103,000 Minnesotans [who] have purchased Blue Cross coverage on their own, through an agent or broker, or on MNsure," the state's insurance exchange.

"We understand and regret the difficulty we know this causes for some of our members," the insurer wrote. "We will be notifying all of our members individually and work with them to assess and transition to alternative coverage options in 2017."

Cynthia Cox of the Kaiser Family Foundation, who analyzes individual health insurance markets around the country, says what the Blues are doing in Minnesota is similar to a walk back by UnitedHealth Group, the nation's largest health insurance company.

"Right now what it seems like is that insurance companies are really trying to reset their strategy," Cox said. "So they may be pulling out selectively in certain markets to re-evaluate their strategy and participation in the exchanges."

She said the individual markets just aren't turning out as expected. "The hope was that these markets would encourage exchange competition and [get] more insurers to come in. ... I don't know if we're at a point where it's completely worrisome, but I think it does raise some red flags in pointing out that insurance companies need to be able to make a profit or at least cover their costs."

In response to the development in Minnesota, Gov. Mark Dayton, a Democrat, highlighted gains in enrolling more Minnesotans in health insurance plans since the implementation of the Affordable Care Act. But he also acknowledged the insurer's departure reflects the instability in the market for individual and family coverage.

"This creates a serious and unintended challenge for the individual market: the Minnesotans who seek coverage there tend to have greater, more expensive health care needs than the general population," said Dayton. "Blue Cross Blue Shield's decision to leave the individual market is symptomatic of conditions in the national health insurance marketplace.

University of Minnesota health economist Roger Feldman called the Blues' departure a major blow to Minnesota's already troubled individual market.
"What this says about the individual market is that it is very unstable and it has been disrupted by a number of events, and we still don't know whether it will recover or not from those disruptions," he said.

Feldman said lawmakers would be wise to pay attention to the unstable individual markets and to shore them up with a carrot and stick approach.

"To get people to sign up in the exchange we need one or both of those," he said. "The stick could be to raise the penalties on people who don't buy insurance, and the carrot could be to increase the subsidies for people that do. I think that's the only way that we're going to get a decent mix of risks to buy into that exchange."

MNsure spokesman Shane Delaney said about 20,000 Minnesotans purchased Blue Cross and Blue Shield of Minnesota plans through MNsure. He said the vast majority of them qualified for tax credits to help pay premiums. Delaney said all of the Blue Cross and Blue Shield customers losing their coverage next year should look for other options on MNsure, the only place eligible applicants can secure federal tax credits.

This story is part of a reporting partnership with NPR, Minnesota Public Radio and Kaiser Health News. You can follow Mark Zdechlik on Twitter: @MarkZdechlik.