Accessibility links
'Nobody Is Immune': Bracing For Zika's First Summer In The U.S. : Shots - Health News Author Donald. G. McNeil Jr. predicts that 2016 will be the worst year for Zika transmission in the U.S. "After this year, a fair number of people will be immune, and ... immunity will grow," he says. 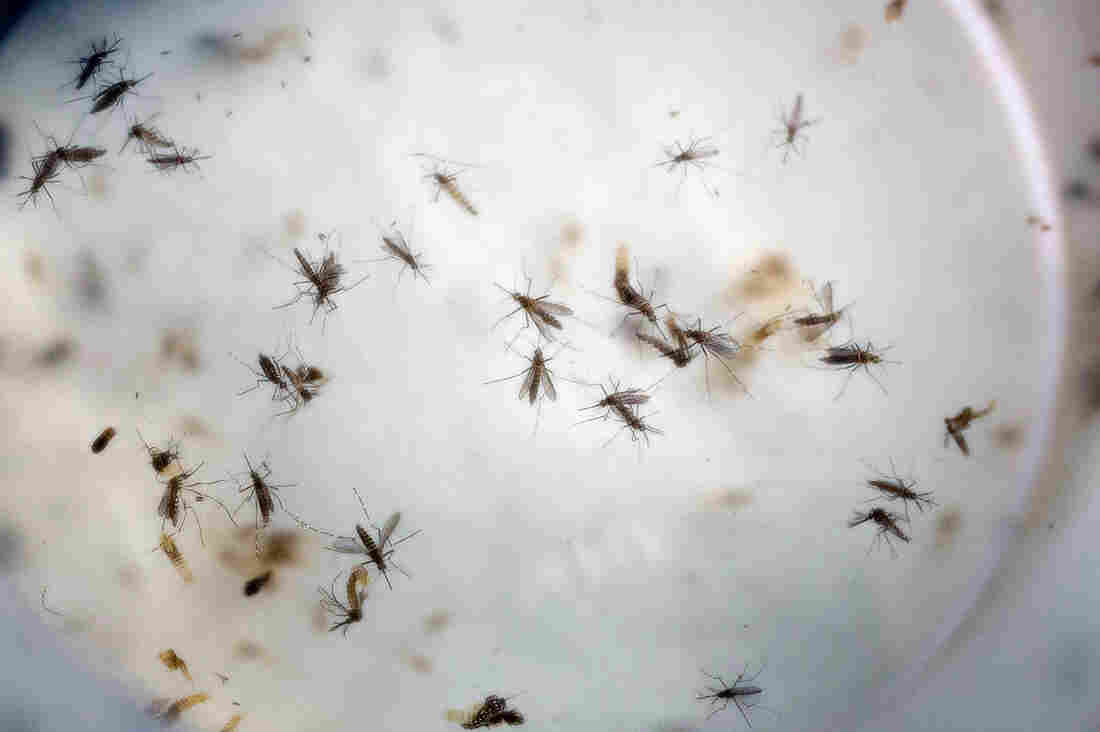 Aedes aegypti mosquitoes, which have been known to carry the Zika virus, buzz in a laboratory in Cucuta, Colombia. Ricardo Mazalan/AP hide caption 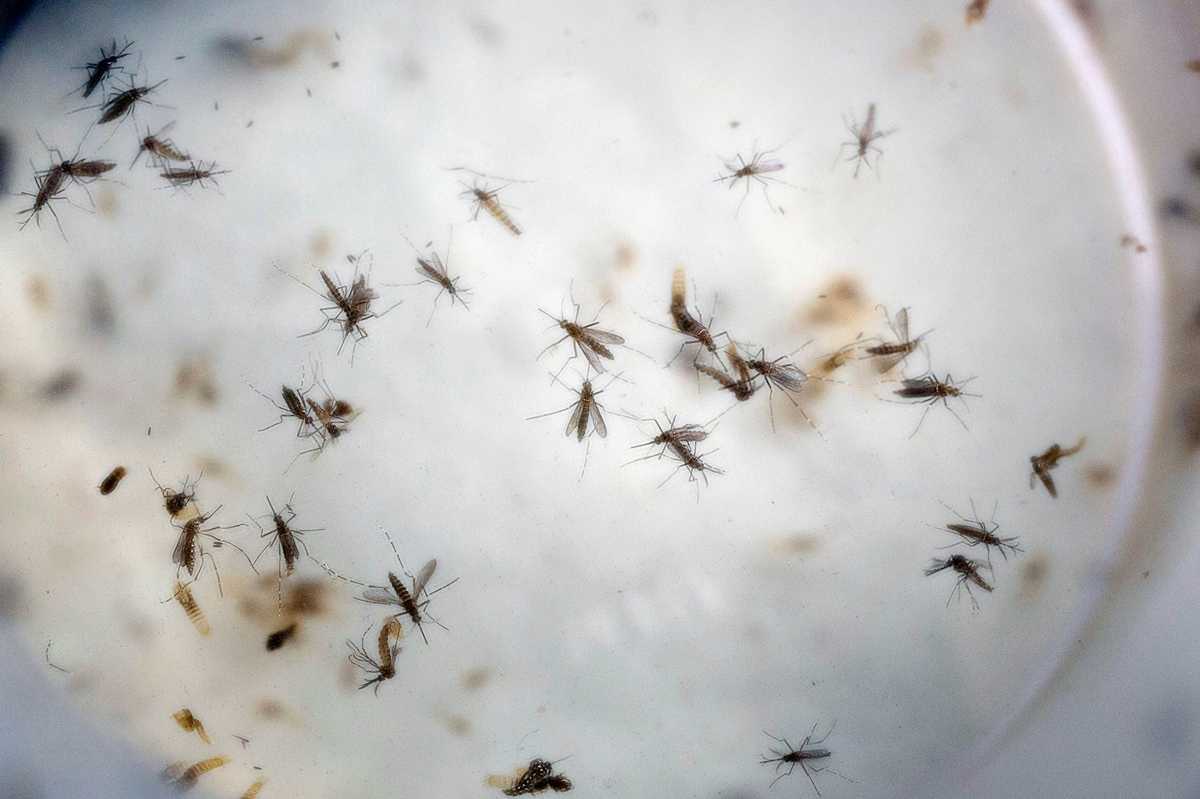 Aedes aegypti mosquitoes, which have been known to carry the Zika virus, buzz in a laboratory in Cucuta, Colombia.

The mosquito-borne Zika epidemic is headed for its first summer in the United States. New York Times reporter Donald G. McNeil Jr. tells Fresh Air's Terry Gross that if the virus is ever going to hit hard in the U.S., 2016 will be the year.

"No one in the population has had the disease before, so nobody is immune to it, nobody has antibodies to it," McNeil says. "After this year, a fair number of people will be immune, and each year immunity will grow."

In his new book, Zika: The Emerging Epidemic, McNeil explores the origins of the Zika virus, as well as how it spreads and the best means of protecting ourselves from it.

When it comes to the virus' transmission in the continental U.S., McNeil notes the Aedes aegypti mosquitoes, which carry the Zika virus, are mostly concentrated in Florida and the Gulf Coast. But, he adds, the fact that the virus can be transmitted sexually means that Zika has the potential to spread more broadly.

"Scientists are just gobsmacked" by the virus' sexual transmission, McNeil says. "Viruses mutate like crazy, but one thing they don't normally change is how they're transmitted. ... You don't expect a mosquito-borne virus to become something that can be transmitted through an act of unprotected sex. But this one is." 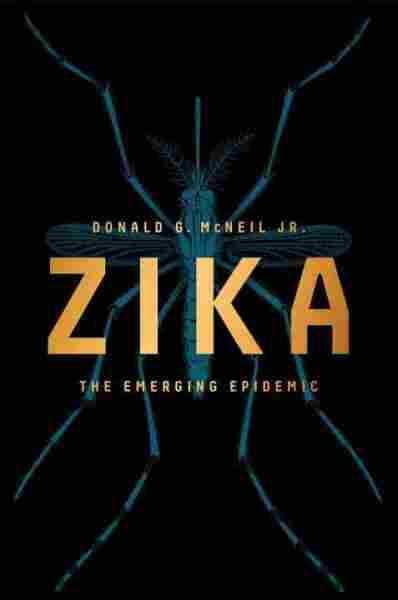 On where the Aedes aegypti (Zika-carrying) mosquitoes are now, in relation to the U.S.

They're all over Puerto Rico and the U.S. Virgin Islands and American Samoa. The mosquitoes that can transmit Zika are the Aedes aegypti mosquito, the yellow fever mosquito, is strong or numerous all over Florida and the Gulf Coast, and there have been previous small outbreaks of dengue virus and chikungunya virus in Key West and Marin County, Fla., and Texas and in a few places like that.

On whether mosquitoes can fly long distances

There is no mosquito that typically flies far distances. They're really inefficient fliers, and one of the best ways to keep mosquitoes off you if you're having a barbecue is to keep a fan blowing on everybody, because most mosquitoes are lucky if they make it a mile in their lives. I mean, once in a while they fly onto a jet and they make it from Africa to Paris, and that's why you have occasional cases of airport malaria in Paris, but most of the time mosquitoes only get a few blocks.

On the World Health Organization's recommendation to not cancel the Olympics

The World Health Organization is not paying attention to the polluted bays, and not paying attention to the crime rate or anything like that, they're paying attention only to Zika. And their decision — it's only a recommendation on their part — but what they're saying is they don't think that [the threat of] Zika is so great that anybody ought to avoid going to the Olympics, or that the Olympics ought to be canceled, unless you're a pregnant woman, in which case pregnant women should avoid that, or unless you're somebody who is having sex with a pregnant woman or a woman who wants to get pregnant. ...

The basis for this is that August is winter in Rio and even though winter in Rio means temperatures of 70 to 80 degrees, it is the low mosquito season. If you look at the transmission of dengue or chikungunya in Rio, you see that it's roughly 5 percent of what it is at its height in January and February and March. So they figure the risk is fairly low, and the Brazilians have convinced them that they're going to do everything they can to empty standing water. ... I think fogging is mostly a semi-useless exercise, but they're going to do what they can. The recommendation is that it's OK to go unless you're pregnant or having sex with somebody pregnant. 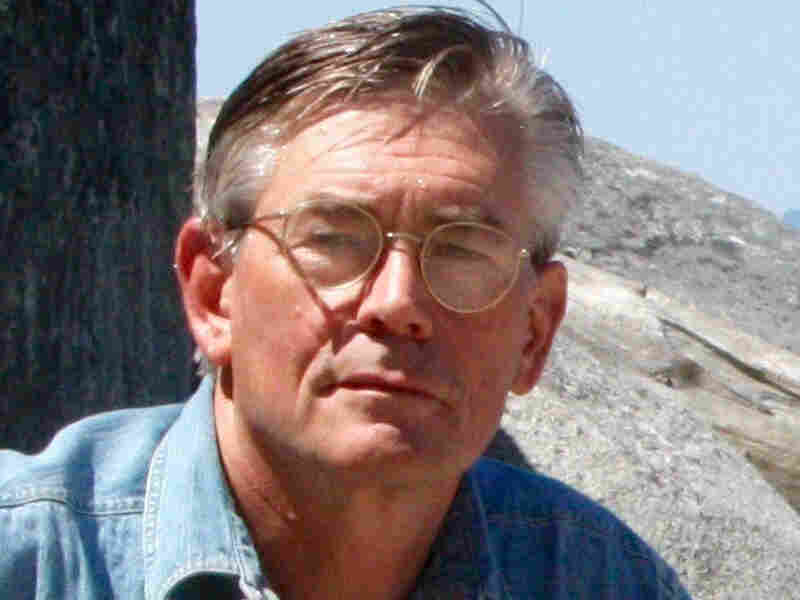 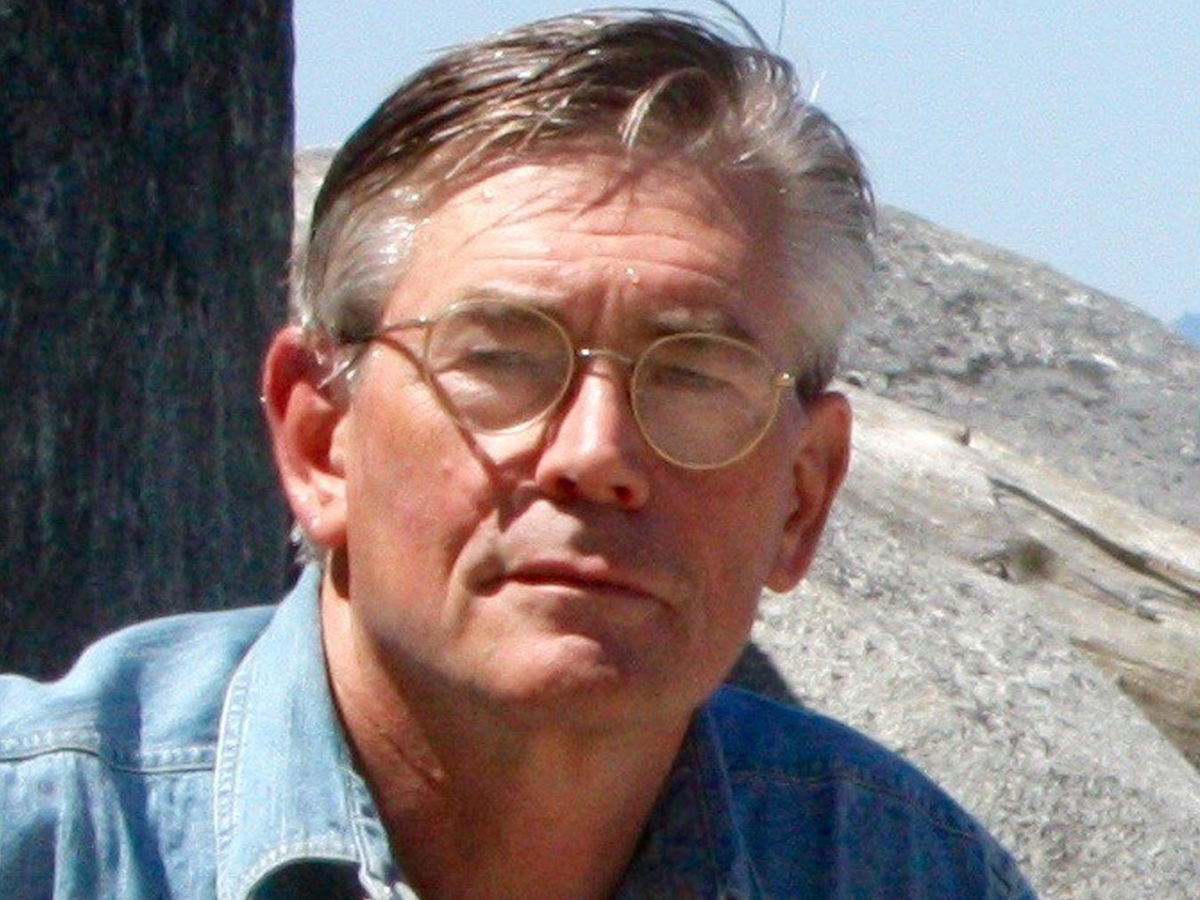 On how Zika is mostly a mild disease

Zika is a mild disease in 99.9 percent of cases, so it's not as bad as dengue or chikungunya, for example. It's not nearly as bad as malaria. It's one that if you're an otherwise healthy person, you shouldn't worry about. There's about 1 in 4,000 to 5,000 chance that somebody will get Guillain-Barre syndrome.

On seeing Zika cases pop up in the U.S. from being sexually transmitted

We don't have to wait for the Olympics for that to happen, it's happening right now. It happened in Texas in January. The virus can be transmitted sexually. That's a game-changer.

It's not clear how often it happens, but it happens often enough so that it's the second most common form of transmission. Right now, in New York City, despite all those subway posters saying "watch out for mosquitoes," frankly, those subway posters ought to have good-looking guys on them, because good-looking guys who have just come back from Puerto Rico or Brazil or the Virgin Islands or any place else are a bigger risk factor for Zika in New York City than mosquitoes are right now. There are no Aedes aegypti mosquitoes here, but there are good-looking Puerto Rican guys who might, in remote chances, be carrying the virus.

On how Zika can be sexually transmitted

It's only transmitted from men to women, or from men to other men. There is no known instance of a woman transmitting the disease to a man or a woman. The assumption is that the virus gets into either the prostate or the testes and sets up an infection there, and it can persist for a long time. We learned this with Ebola, that once a virus breaks into the immunologically privileged parts of the body, which are separate from the rest of the body and have their own sort of fluids — the eyes are immunologically privileged and the testes are immunologically privileged — once a virus gets in there, it's hard for it to break in, but once it gets in, it's hard for the body to get rid of it, because antibodies and white blood cells can't get in there to kill it.

Florida Governor Ramps Up Mosquito Fight To Stay Ahead Of Zika

On microcephaly, a birth defect caused by the Zika virus

It means a tiny head and generally a very underdeveloped brain. The babies have tiny, smooth brains and there are varying degrees of microcephaly. In the most severe, the baby dies or the baby is born unable to swallow, may have repeated seizures, and may die from those seizures and may never learn to walk, never learn to talk, never learn to control his or her bowels.

There's a whole range of ills that come out of it, and also along with that comes, since it's a virus that attacks the growing brain, things like the nerves that connect the eyes to the brain or the ears to the brain are often damaged along the way, so the baby will end up blind or deaf, but you may not know that when the baby is born, the eyes will look normal, but you suddenly realize they're not following objects or they're not hearing noises.

On the development of a Zika vaccine

It'll probably be two, three, four years until there's a vaccine. Most scientists who know vaccines say this is a disease that will be relatively easy to make a vaccine for because we have one for yellow fever, we have one for Japanese encephalitis, there's a new one for dengue. These are all related viruses. You could literally take the spines of those vaccine viruses and snip out the genes that code for the outside of the yellow fever virus and attach with DNA technology, the genes for the outside of the Zika virus, and make a pretty good vaccine. Some of those vaccines have already been made, but now the testing process begins, and testing takes pretty close to two years at the minimum.

On the Roman Catholic Church's position on contraception because of Zika

The church isn't speaking with one voice entirely on this issue. ... We have to draw a distinction between abortion and contraception here. No Catholic bishop and the pope ... are [ever] going to come out in favor of abortion, and their argument would be it's better to suffer from raising a child with severe handicaps than it is to take an innocent life.

On the other hand, there's been a fair amount of disparate statements within the church about contraception, in this case. The archbishop of Puerto Rico quickly spoke out against contraception when the health secretary of Puerto Rico suggested that women might want to delay pregnancy and say women should practice self-discipline. ...

But the pope, in a conversation with reporters ... was asked a question about Zika and said that under the doctrine of the lesser of two evils, it might be possible that contraception could be acceptable in a case like this, because it would prevent a great evil, like deformity and suffering of a child. He drew the parallel to Pope Paul VI allowing the use of contraceptives by Belgian nuns in the Belgian Congo, because so many of them were being raped during the liberation struggle of the 1960s. ... It was kind of shocking, but it opened the door to the possibility that contraception might be OK in what would be considered an extreme case like this.