Accessibility links
Doctors At Southern Hospitals Take The Most Payments From Drug, Device Companies : Shots - Health News A hospital's location and whether it is for-profit make a big difference in the share of its doctors taking industry payments like meals, travel and speaking fees. Check out the ProPublica analysis.

Listen · 3:51 3:51
Doctors At Southern Hospitals Take The Most Payments From Drug, Device Companies 3:51 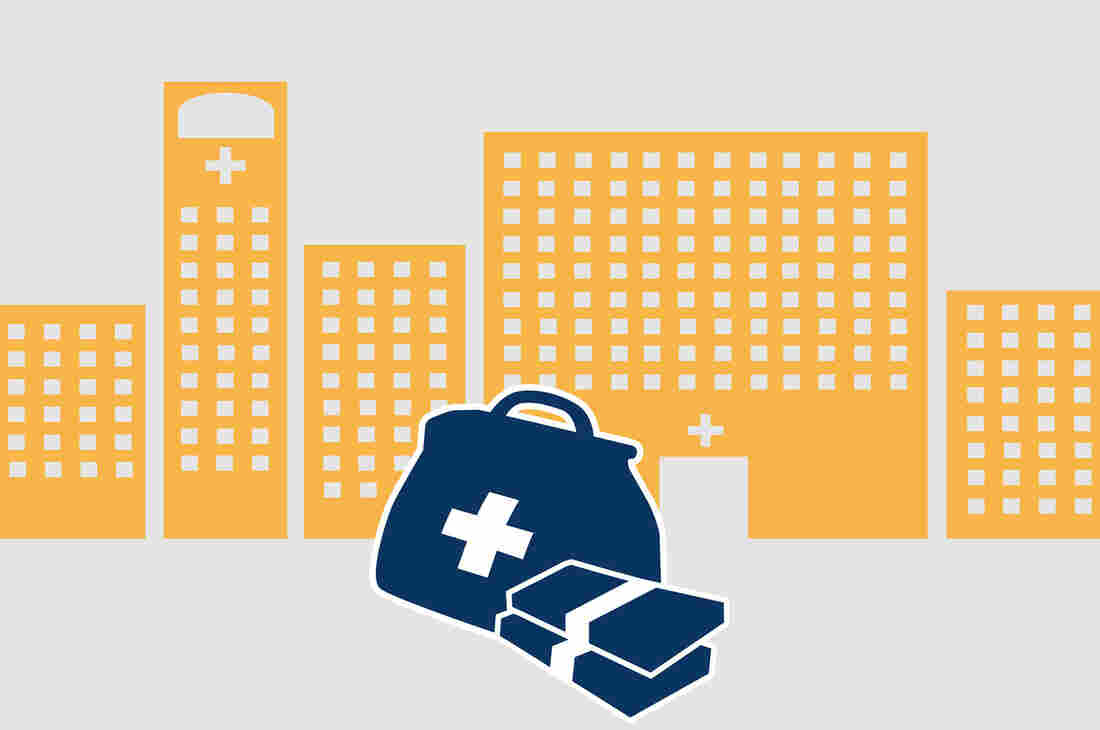 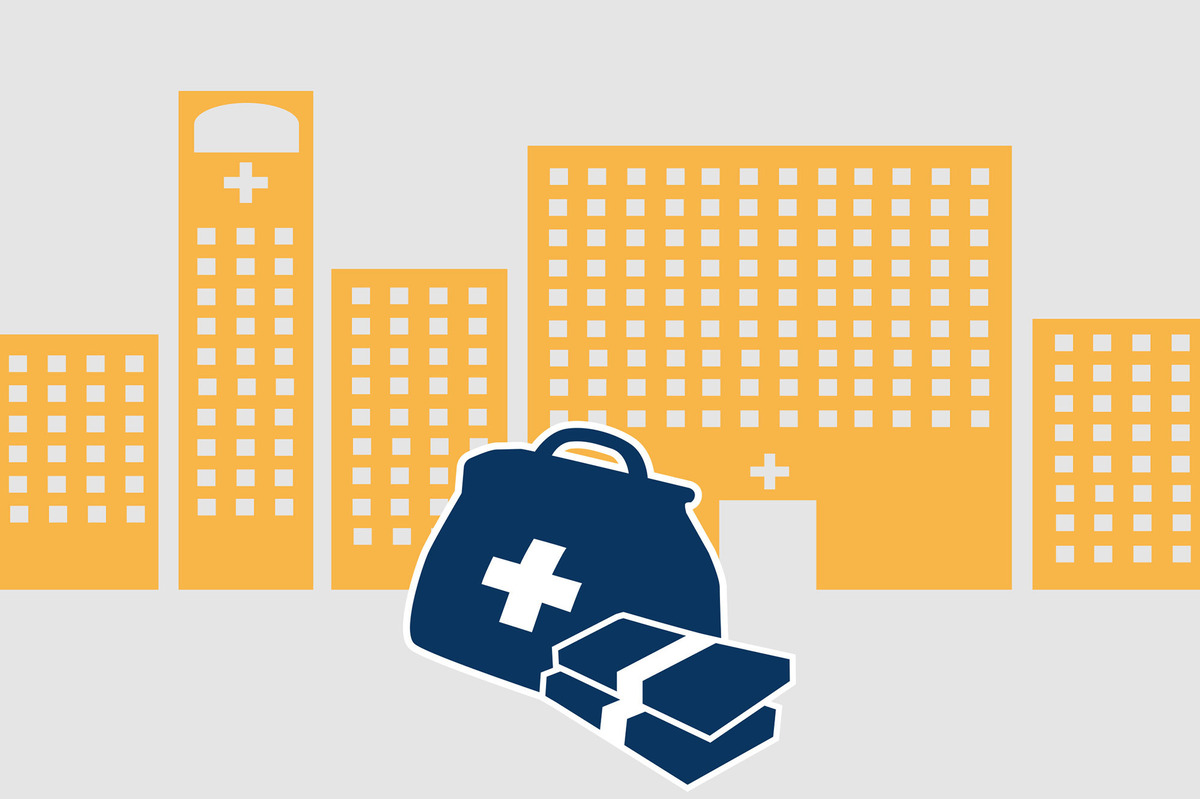 Where a hospital is located and who owns it make a big difference in how many of its doctors take meals, consulting and promotional payments from pharmaceutical and medical device companies, a ProPublica analysis shows.

A higher percentage of doctors affiliated with hospitals in the South have received such payments than doctors in other regions of the country, our analysis found. And a greater share of doctors at for-profit hospitals have taken them than at nonprofit and government facilities.

Doctors in New Jersey, home to many of the largest drug companies, led the country in industry interactions: Nearly 8 in 10 doctors working at New Jersey hospitals took payments in 2014, the most recent year for which data are available. Nationally, the rate was 66 percent. (Look up your hospital using ProPublica's new tool.)

What Percentage Of Doctors At Your Hospital Take Drug, Device Payments?

Where a hospital is located makes a big difference in how many of its doctors take payments from drug and medical device companies. See how your state compares below.

For the past six years, ProPublica has tracked industry payments to doctors, finding that some earn hundreds of thousands of dollars or more each year working with drug and device companies. We've reported how the drugs most aggressively promoted to doctors typically aren't cures or even big medical breakthroughs.

And we recently found an association between payments and higher rates of brand-name prescribing, on average. Accepting even one inexpensive meal from a company was associated with a higher rate of prescribing the product to which the meal was linked, another study showed.

This analysis shows profound differences among hospitals, but it's uncertain why that is. It could be that hospitals play a role in shaping affiliated doctors' acceptance of payments or that like-minded physicians congregate at particular hospitals.

Those who support limits on such payments say patients may want to know how prevalent industry money is at a hospital before choosing it for care. "Maybe they're prescribing or treating you as a patient not based on evidence but rather based on markets or industry gain or personal gain," said Dr. Kelly Thibert, president of the American Medical Student Association, which grades medical schools and teaching hospitals on their conflict-of-interest policies. Patients, she said, "need to be aware that this could potentially be an issue and they need to speak up for themselves and their loved ones who may be in those hospitals."

ProPublica matched data on company payments to physicians in 2014 with data kept by Medicare on the hospitals with which physicians were affiliated at the time. We only looked at each doctor's primary hospital affiliation and only at doctors eligible to receive payments in the 100 most common medical specialties. The payments included speaking, consulting, meals, travel, gifts and royalties, but not research.

To be sure, the data aren't perfect. Companies must report their payments to the federal government, and some doctors have found errors in what's been attributed to them. Companies can face fines for errors, and doctors have a chance each year to contest information reported about them. Also, Medicare's physician data may not capture doctors who don't participate in the program and it may not accurately reflect the status of doctors who have moved. (Read more about how we conducted our analysis.)

As might be expected, hospitals with tougher rules, such as banning industry reps from walking their halls and bringing lunch, tended to have lower payments rates. For example, at Kaiser Permanente, a giant California-based health insurer that runs 38 hospitals, fewer than 3 in 10 doctors took a payment in 2014. Since 2004, the system has banned staff from taking anything of value from a vendor.

"Our intent was to disrupt the strategy of using what industry calls 'food, friendship and flattery' to develop relationships with prescribers and influence the choice of drugs, the choice of devices, implants, things like that," said Dr. Sharon Levine, an executive vice president of the Permanente Federation, which represents the doctor arm of Kaiser Permanente. "Passing a policy alone doesn't make anything happen. There's a fair amount of surround-sound in the organization around reminding people about this and reminding them why we took this step."

Levine said she believes many of the payments attributed to Kaiser doctors were for meals and snacks at professional meetings, even if they didn't eat them.

After New Jersey, the states with the highest rates of hospital-affiliated doctors taking payments were all in the South: Louisiana, Mississippi, Florida, South Carolina and Alabama had rates above 76 percent. At the other end of the spectrum, Vermont had the lowest rate of industry interactions (19 percent), followed by Minnesota (30 percent). Maine, Wisconsin and Massachusetts had rates below 46 percent. Some of these states had laws requiring public disclosure of payments to doctors that predated the federal government's.

Among hospitals with at least 50 affiliated doctors, the one with the highest proportion of doctors taking payments was St. Francis Hospital-Bartlett, a relatively small hospital outside Memphis that is owned by Tenet Healthcare Corp. Fifty-nine of the 62 doctors for which Medicare listed St. Francis as their primary affiliation took payments in 2014, a rate of 95 percent.

In a statement, the hospital said it supported disclosure and transparency: "Patients should have the ability to access information about any relationship that might exist between their doctor and the companies that make the products that might be recommended for their care, so that they can discuss that information directly with their physician." Spokesman Derek Venckus declined to answer other questions about the hospital's rate or its policies.

Overall, our analysis showed, the percentage of doctors taking payments at a given hospital wasn't correlated with the share of its doctors receiving larger payments, those totaling $5,000 or more. (In part that may be because so few doctors received more than $5,000.)

At Karmanos Cancer Center in Detroit, more than a quarter of doctors took more than $5,000 from industry in 2014, the highest rate in the nation. Spokeswoman Patricia Ellis said in an email that the hospital has conflict-of-interest policies in place and is comfortable with its level of physician interactions.

"Our cancer experts are committed to providing exceptional care and work tirelessly to find/discover/advance innovative treatments that can help patients survive their cancer," she wrote. "I lost both my parents and several other loved ones to cancer. ... I know our experts at Karmanos Cancer Institute are doing everything they can to help other cancer patients have more time with their loved ones. And they're doing that with the highest integrity and commitment."

Many cancer hospitals and specialty hospitals, including heart and orthopedic facilities, had among the highest rates of doctors receiving high-dollar payments.

Researchers as well as officials at the Association of American Medical Colleges, a trade group for medical schools and teaching hospitals, said they hadn't analyzed the data the way ProPublica has. But officials said members do track payments made to doctors at their own institutions.

Across the country, hospital and medical school leaders are divided about what constitutes an appropriate payment. "There is a range of opinions between those people who believe that industry payments should be cut out vs. those who believe that there's a way to carefully monitor them," said Dr. Janis Orlowski, the association's chief health care officer.

ProPublica found differences in the payment rates at teaching hospitals based on the grades assigned to them by the American Medical Student Association, which reviewed their conflict-of-interest policies in 2014. 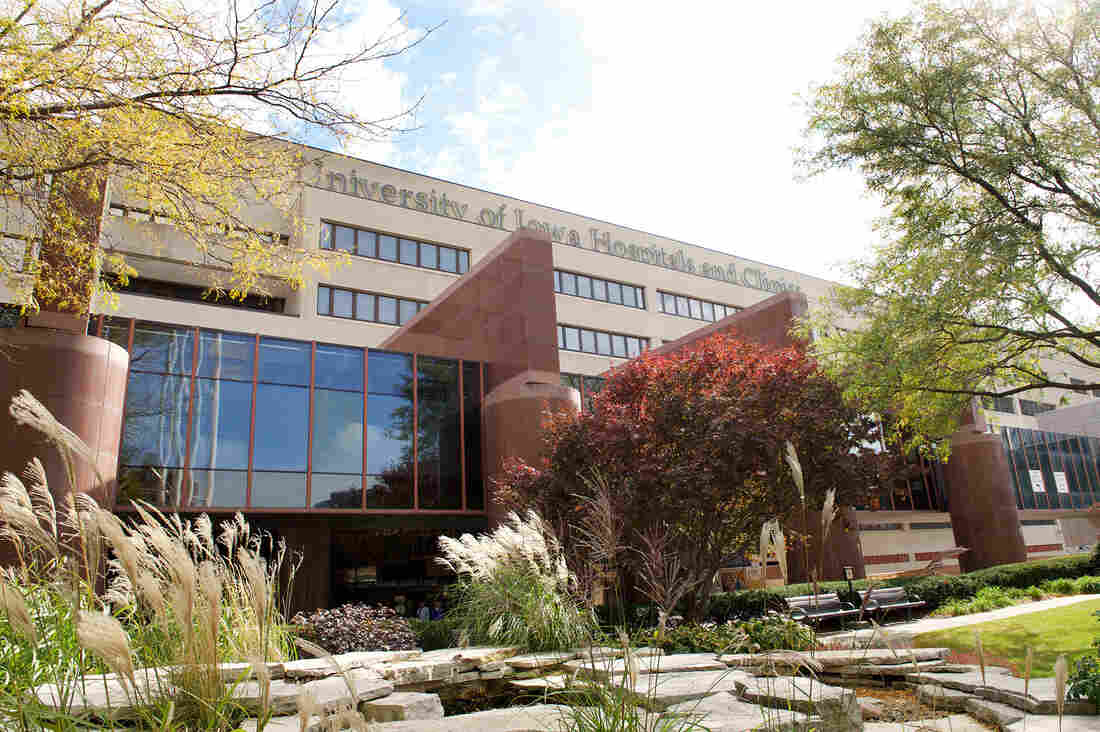 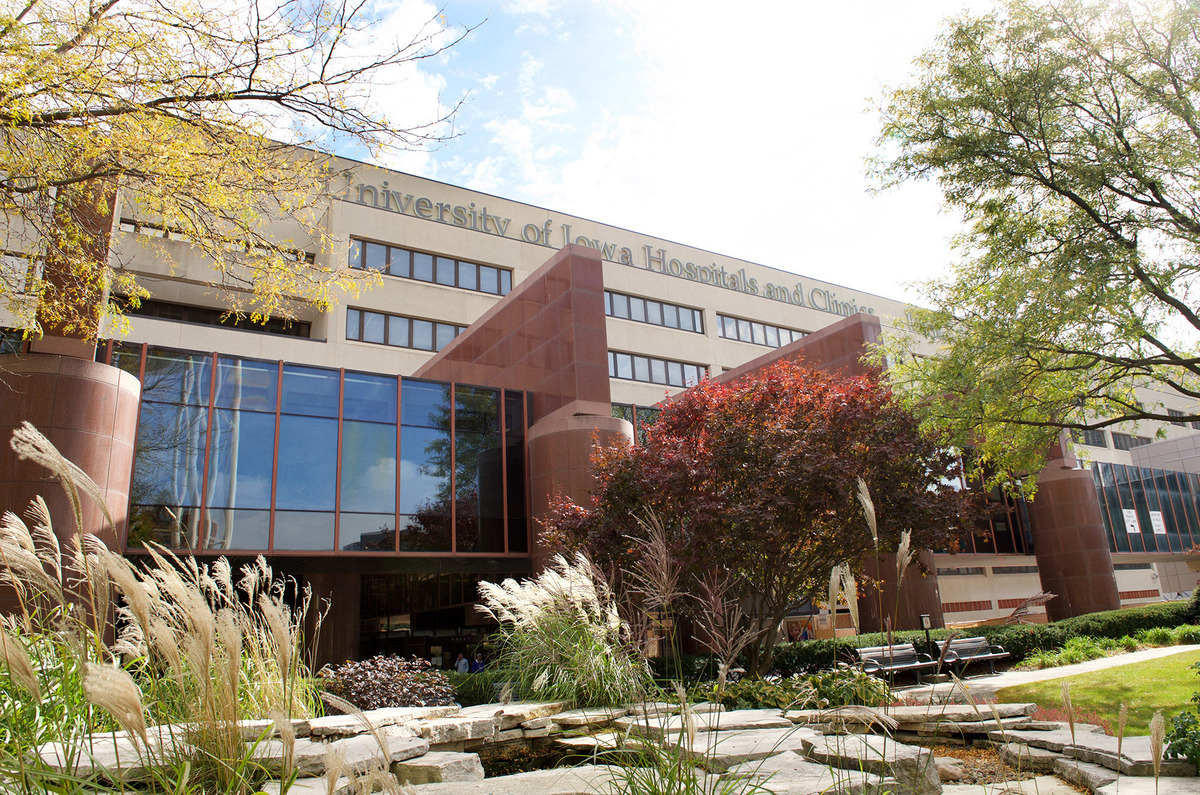 The University of Iowa Hospitals and Clinics earned a high grade on ProPublica's payment scorecard.

Susan McClellen/Courtesy of University of Iowa Hospitals and Clinics

The University of Iowa Hospitals and Clinics received an A on the scorecard. Its rate of doctors taking payments, less than 27 percent, is among the lowest in the country. Less than 3 percent of its doctors took payments worth at least $5,000, also below average. Its policy, in place since 2009, bans drug companies from providing gifts and meals in almost all circumstances, bans doctors from giving promotional talks and requires consulting arrangements be signed off on by officials.

"We really have had great success in getting [physicians] to comply with it," said Denise Krutzfeldt, manager of the health system's conflict of interest office.

Other hospitals with below-average rates, including Massachusetts General Hospital and Stanford Hospital, limit interactions between doctors and pharmaceutical representatives and monitor doctor interactions with industry closely, officials said. Some post details of their doctors' commercial relationships on their websites.

In interviews, some said they double-checked their physicians' disclosures against the data reported by the companies.

"It's like stop signs. Everybody knows they're supposed to stop at stop signs but as you and I both know, people seem to cruise through them from time to time," said Dr. Harry Greenberg, senior associate dean for research at Stanford University School of Medicine. "That's just human nature. We have a system we try to pick it up and do corrective action."