Accessibility links
How Parents Can Help Their Underage Kids Resist Alcohol : Shots - Health News To discourage teenage alcohol use, parents can engage their kids in discussion, set some rules and let their children know they care.

How Parents Can Help Their Underage Kids Resist Alcohol

How Parents Can Help Their Underage Kids Resist Alcohol 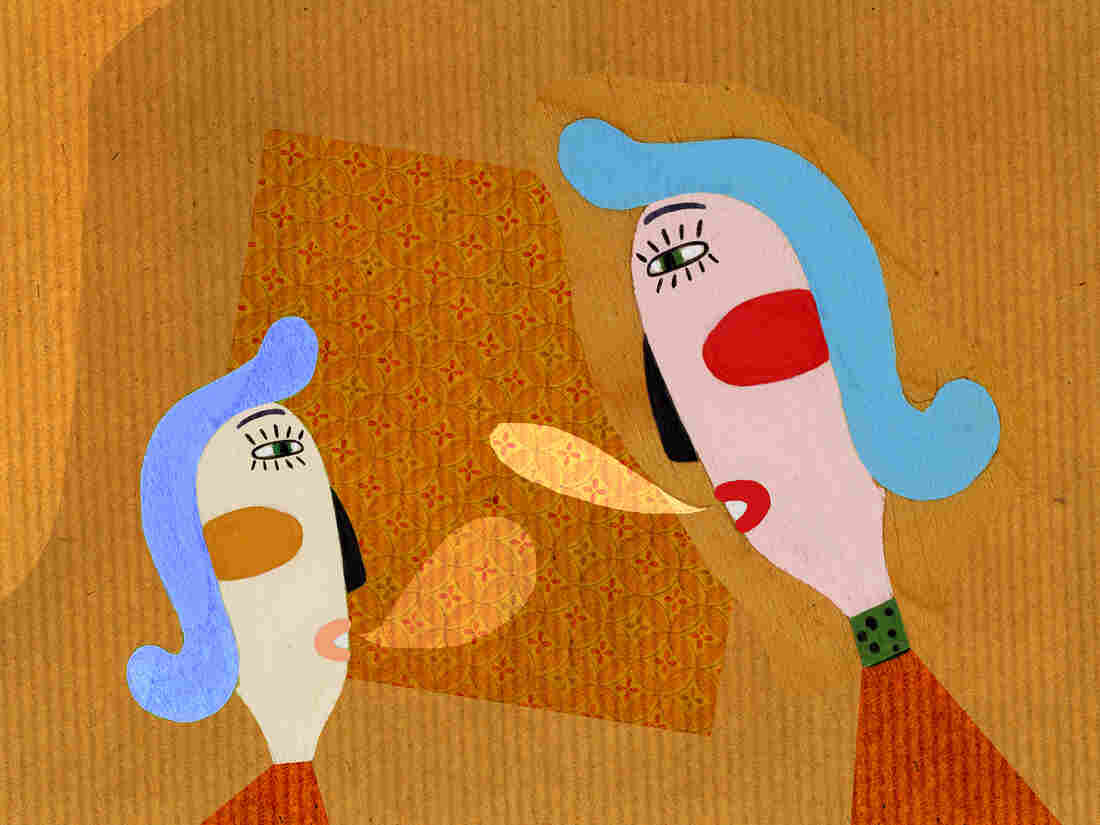 "Honey, I think we need to talk about drinking." Imagezoo/Getty Images hide caption 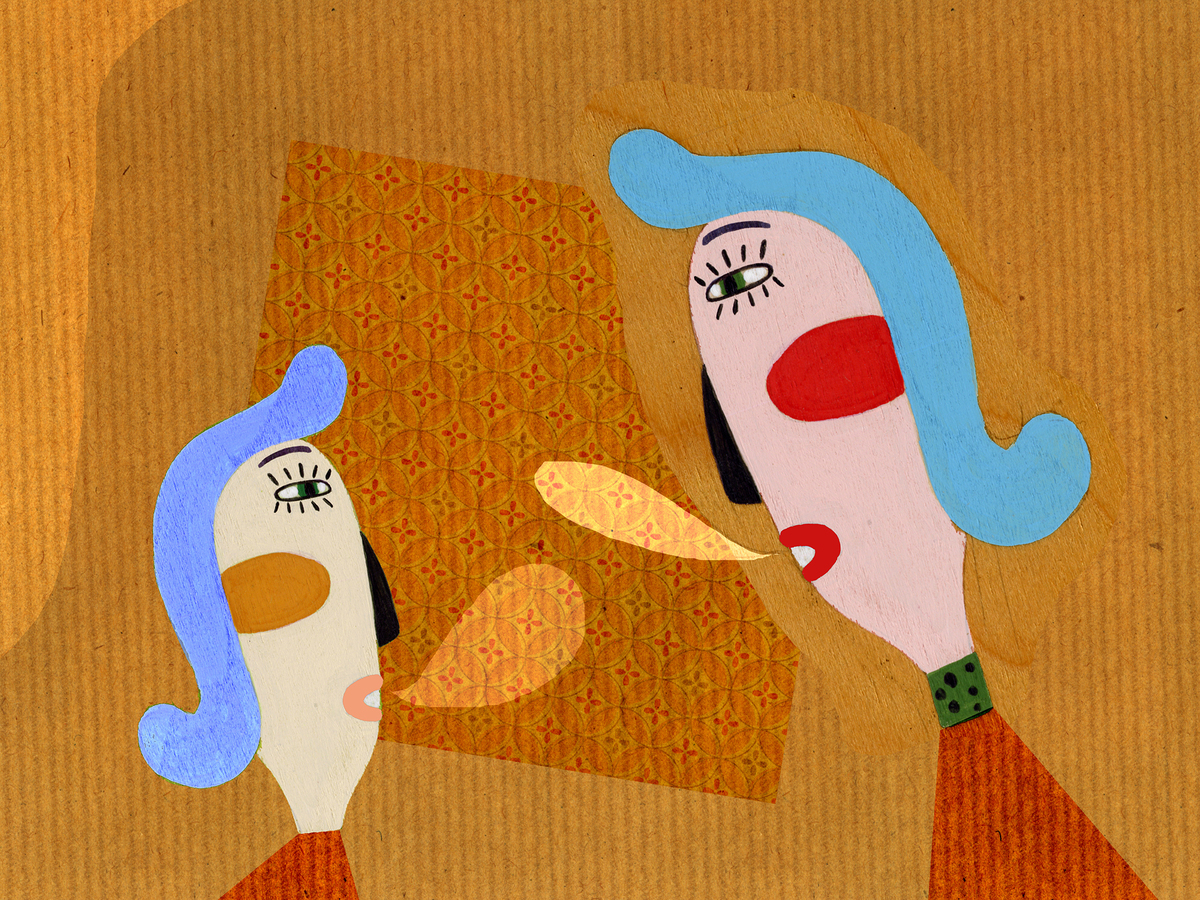 "Honey, I think we need to talk about drinking."

While a sense of inevitability often surrounds the topic of teen drinking, adults can play an important role in preventing underage alcohol use.

Two recent studies provide guidance for parents. One finds that parents who set limits in a warm and supportive environment reduced the risk that their adolescent children would binge drink. The other study reports on the potential of a home-based program that educates parents and children about alcohol prevention.

The stakes are high. About 1 in 6 teens drank alcohol before turning 13, and about the same proportion of high school kids has binged on alcohol, according to the latest biannual Youth Risk Behavior Survey by the Centers for Disease Control and Prevention. Overall, a third of teenagers drink — down from about half of teens 25 years ago, but still a problem.

"Although it is common for adolescents and young adults to try psychoactive substances, it is important that this experimentation not be condoned, facilitated, or trivialized by adults," notes the introduction to an updated screening protocol by the American Academy of Pediatrics. The group encourages doctors to ask adolescents about drug and alcohol use during routine visits.

At home, how Mom and Dad manage their roles — and the signals they send about alcohol use — affect their children's future drinking behavior. Parenting style, drinking frequency, and expectations influence whether adolescents will binge drink, according to results of a study published in the July issue of Prevention Science. In the same issue, another study finds that a home-based prevention program used by parents with their elementary school-age children made the kids less inclined to drink four years after the start of the program.

When adolescents drink, they tend to do so excessively, making the most of their limited access to alcohol. Binge drinking — consuming four, for females, or five, for males, drinks at a time — puts the imbiber at risk of fatal accidents, injuries, violence and legal problems. Social psychologist William D. Crano at Claremont Graduate University in Claremont, Calif., and his colleagues wondered whether certain conditions in adolescence "had any predictive power for what's going to happen" in terms of alcohol use and incarceration.

The researchers looked at data from the National Longitudinal Study of Adolescent to Adult Health (Add Health), which has interviewed a nationally representative group four times, beginning in the 1994-1995 school year, when the participants were in seventh through 12th grades. The most recent survey occurred in 2008, when the respondents had reached ages ranging from 24 to 32. Parent interviews occurred in the first year of the project.

Crano and his group focused on four factors from the first wave of interviews:

The study involved more than 9,400 adolescents and their parents. Teens answered questions about parental monitoring and warmth; parents responded to queries about their drinking and expectations. In later surveys, the Add Health project collected data on teen and young adult binge drinking and incarceration rates.

The study suggests that parents do make a difference. "Parental monitoring and warmth are a protective device against kids' binge drinking," says Crano. But the two need to go hand in hand. "If you have surveillance without warmth, you've got a problem," he adds. "You want the relationship between a parent and a child to be close enough and warm enough that the child discloses behaviors and what they are thinking, and the parent can offer advice" that reinforces rules but doesn't disparage the child.

The study also found that how often parents drank was predictive of teen and young adult binge drinking. While the survey didn't ask about the amount of alcohol consumed, the research supports the idea that parents' drinking behavior can send a powerful message to kids in terms of what is acceptable.

Finally, it was more likely that adolescents were drinking if their parents expected they were drinking. This self-fulfilling prophecy may stem from parents not intervening and educating their kids when they suspect alcohol use, says Crano, even though that is exactly what is needed.

Crano and his group argue that national prevention campaigns would do well to target parents, not just teens. "Parents are an easier audience," he says. "They are quite open to learning how to do better for their children."

Armed with the right information, parents can direct a prevention campaign in their own living rooms. Social ecologist Christine Jackson at RTI International in Durham, N.C., and colleagues there and at the University of North Carolina, Chapel Hill report on a home-based parenting program meant to counter parents' misconceptions about kids and alcohol, support communication in the family, and encourage parents to set rules regarding alcohol use.

Jackson notes that a child's first taste of alcohol often comes from a drink offered by a parent. Contrary to the belief that sipping will satisfy kids' curiosity about alcohol and deter future drinking, previous work by Jackson and colleagues found that fifth-grade children permitted by parents to try an alcoholic beverage were twice as likely to drink in seventh grade as peers not granted sips.

If kids have positive ideas about alcohol — for example, that drinking makes one popular — they are more likely to drink, notes Jackson. The program set out to provide alternative, protective ideas. It helped parents discuss how alcohol is harmful to children's health and commit to keeping kids alcohol-free. It also sought to empower kids to reject social pressures to drink.

To test the approach, the researchers recruited third-grade children and their mothers from school districts in three Southern states, primarily North Carolina. Just over 1,000 children were randomly divided into two groups, one whose families received the five-month-long alcohol prevention program, and one provided with an obesity-prevention program for comparison. The materials included magazines, games and role-playing activities.

Jackson and her colleagues interviewed the kids about their beliefs and attitudes regarding alcohol before the program started. At the same time, they queried mothers about how often both parents drank and about the mother's racial and ethnic identity and education. In the second and third years of the study, families received a one-month booster program. Four years from the start of the program, the researchers asked the kids again about their alcohol-related beliefs and attitudes.

The third-graders who had received the alcohol prevention program were significantly less inclined to drink at the four-year follow-up, when they were in seventh grade, than those in the obesity program. This was true regardless of their parents' drinking habits or mother's education, race or ethnicity. "This means that the program has a sustained effect on children's attitudes and intentions about alcohol use," says Jackson.

Kids develop ideas about alcohol with or without their parents' direct input. "Encourage conversation with kids about issues that are important to them," says Crano. "You want to be the person to help them."

Aimee Cunningham is a freelance science journalist based in the Washington, D.C., area.