Accessibility links
How Flipping The Script Helped Keep Young Muslims From Joining ISIS : Shots - Health News Muslim youths in Denmark were leaving to join ISIS in Syria, feeling they were being persecuted in Europe. Then the police in Aarhus responded in a completely unexpected way: They apologized. 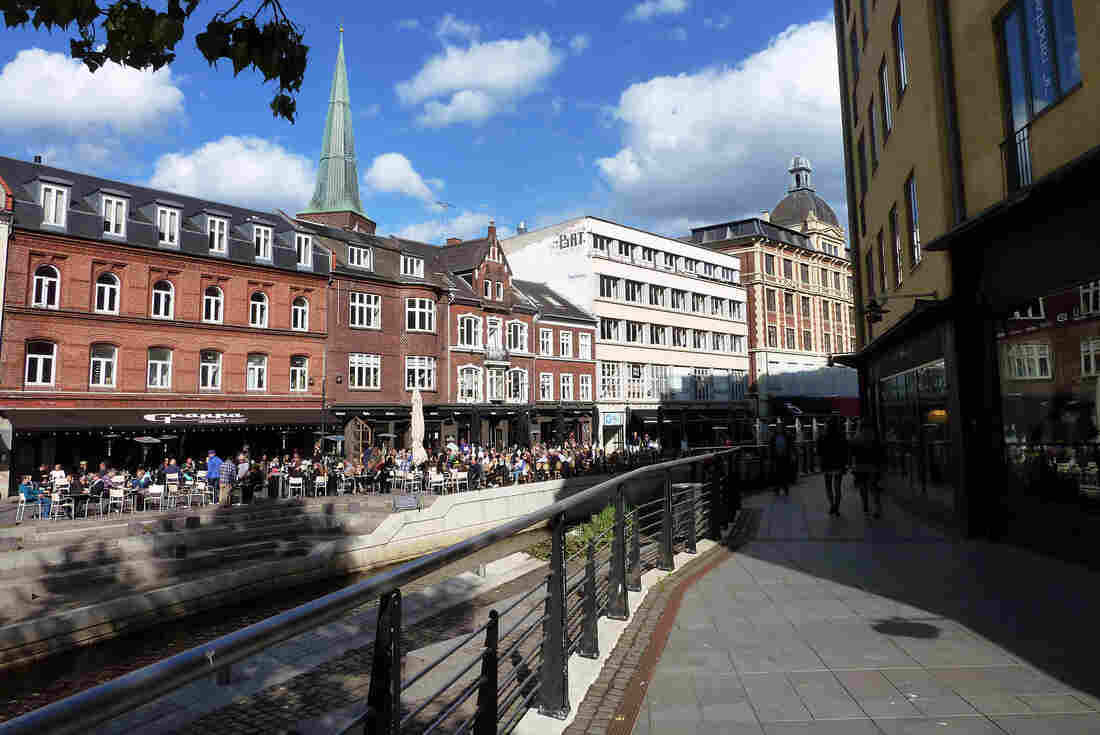 Around 2012, the police in Aarhus, a city in Denmark, realized that some young residents were fleeing to Syria to join ISIS. Jennifer Joan/Flickr hide caption 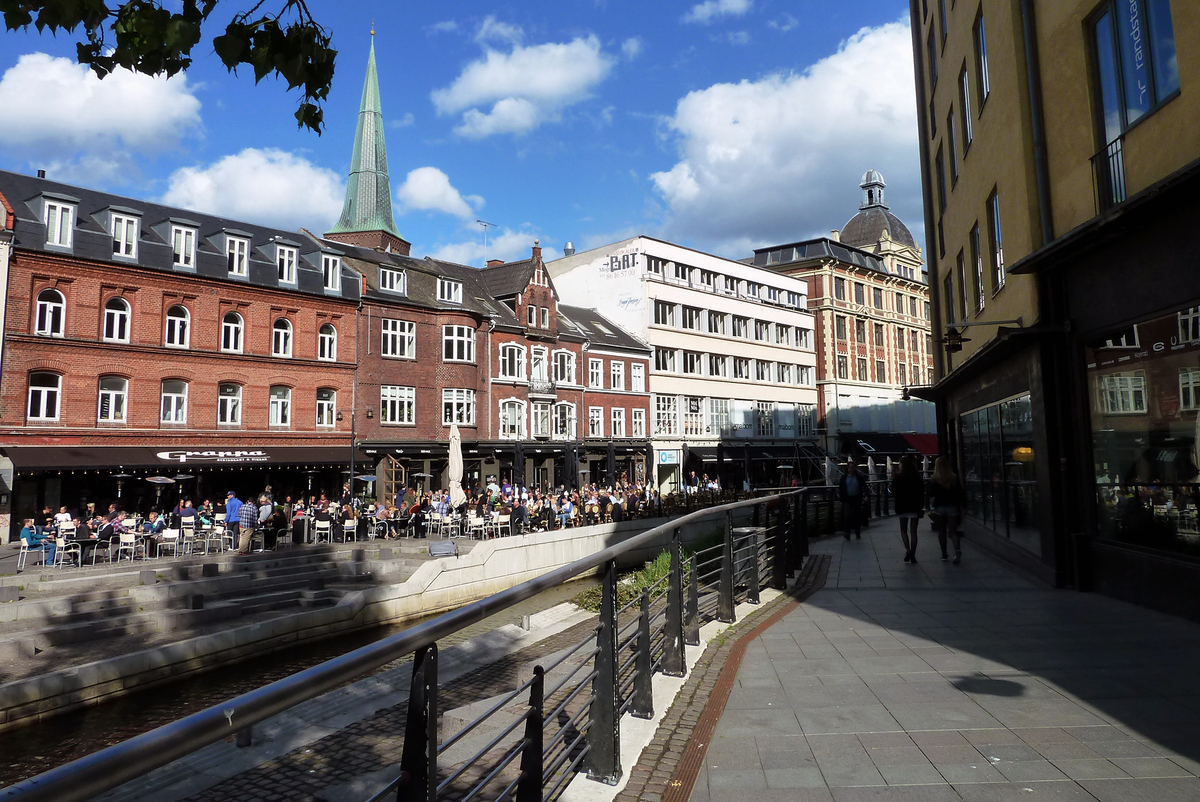 Around 2012, the police in Aarhus, a city in Denmark, realized that some young residents were fleeing to Syria to join ISIS.

One day in 2012, a group of policemen in a Danish town were sitting around in the office when an unusual call came in. This town, called Aarhus, is a clean, orderly place with very little crime. So what the callers were saying really held the cops' attention. They were parents, and they were "just hysterical," recalled Thorleif Link, one of the officers. Their son was missing. They woke up one day and he was gone.

The officers put together whatever clues they had about the missing person: He was a teenager who went to a local high school, and he lived in a largely Muslim immigrant neighborhood just outside town. But before they got any further with their investigation, they got another call, from another set of parents. Their son was missing too.

"Why is this going on?" asked Allan Aarslev, a police superintendent.

After talking to the parents and snooping around the neighborhood, the police figured it out: These young men and women had gone to Syria. They were among the exodus of thousands of European citizens who were drawn to the call put out by ISIS, the Islamist terrorist group, for Muslims worldwide to help build the new Islamic state.

WATCH: She Offered The Robber A Glass Of Wine, And That Flipped The Script

Link and Aarslev are crime prevention officers. They usually deal with locals who are drawn to right-wing extremism, or gangs. The landscape of global terrorism was completely new to them. But they decided to take it on. And once they did, they wound up creating an unusual — and unusually successful — approach to combating radicalization.

The rest of Europe came down hard on citizens who had traveled to Syria. France shut down mosques it suspected of harboring radicals. The U.K. declared citizens who had gone to help ISIS enemies of the state. Several countries threatened to take away their passports — a move formerly reserved for convicted traitors.

But the Danish police officers took a different approach: They made it clear to citizens of Denmark who had traveled to Syria that they were welcome to come home, and that when they did, they would receive help with going back to school, finding an apartment, meeting with a psychiatrist or a mentor, or whatever they needed to fully integrate back into society.

Their program came to be known as the "Aarhus model." It's been called the "hug a terrorist" model in the media, but this description never sits well with the cops. They see themselves as making an entirely practical decision designed to keep their city safe.

As they see it, coming down hard on young, radicalized Muslims will only make them angrier and more of a danger to society. Helping them is the only chance to keep an eye on them and also to keep the peace in their town. 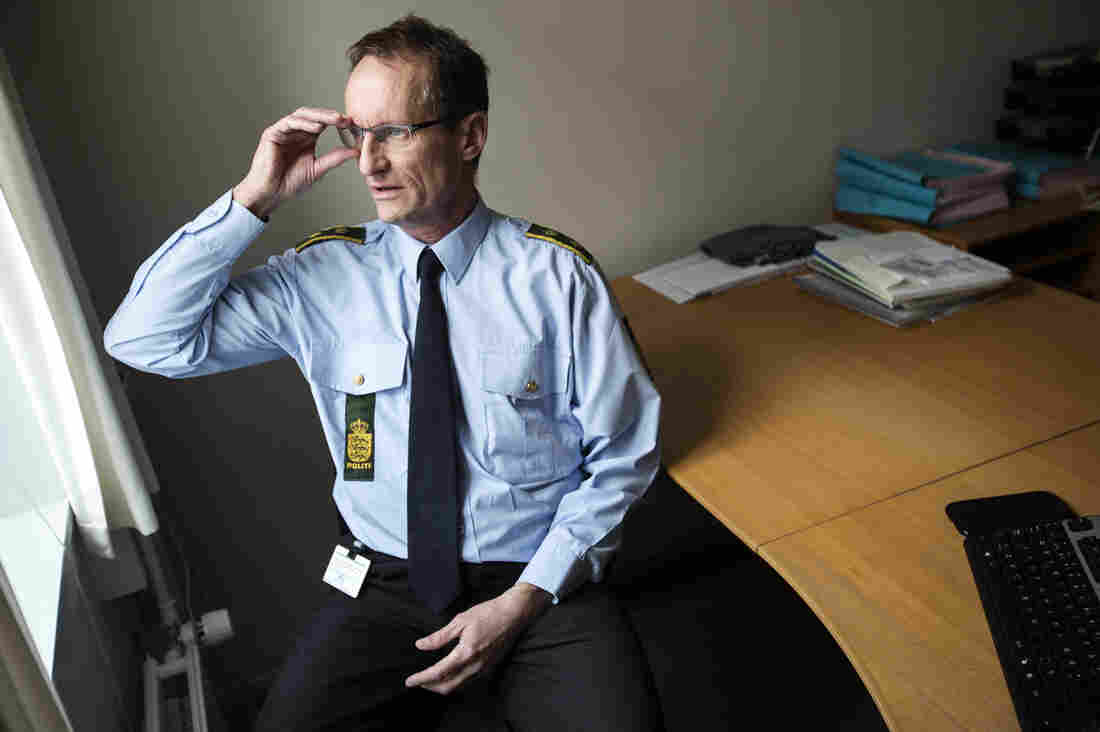 Allan Aarslev, a police superintendent in Aarhus, became part of the effort to make young Muslims feel like they have a future in Denmark. Scanpix Denmark/USAScanpix/Sipa hide caption 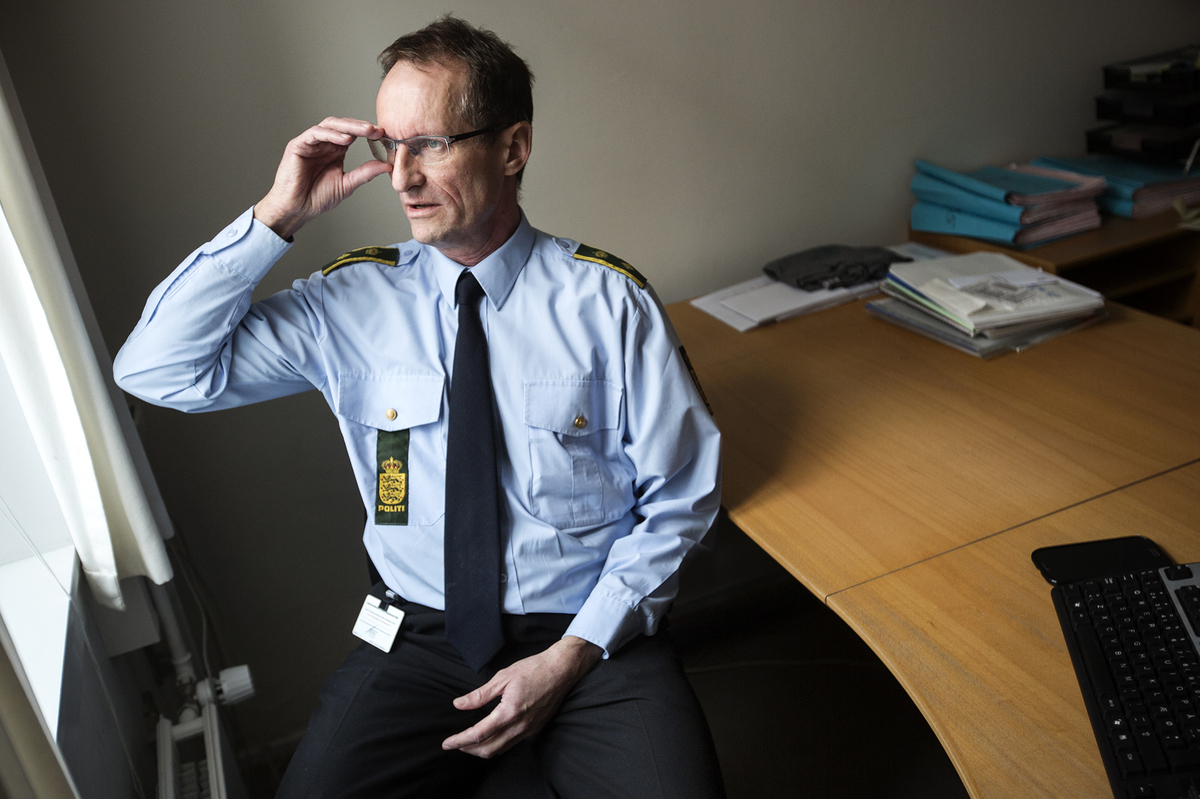 Allan Aarslev, a police superintendent in Aarhus, became part of the effort to make young Muslims feel like they have a future in Denmark.

Link and Aarslev were intuiting what scientists who study radicalization are coming to see.

"The original response was to fight [extremism] through military and policing efforts, and they didn't fare too well," says Arie Kruglanski, a social psychologist at the University of Maryland who studies violent extremism. "That kind of response that puts them as suspects and constrains them and promotes discrimination — that is only likely to exacerbate the problem. It's only likely to inflame the sense there's discrimination and motivate young people to act against society."

Their approach has a basis in research on interpersonal relations as well.

The nonviolent resistance movements of Martin Luther King Jr. and Mahatma Gandhi are the most well-known examples of this tactic. The Aarhus model is another. How did it unfold in real time? Consider the case study of a young man we call "Jamal." Jamal is not his real name, and we don't usually use pseudonyms, but he asked us to not use his name. He doesn't want to be known as a person who almost became a terrorist. He wants a job and a life now. But that didn't seem possible for a while.

Jamal was born in Somalia; his family moved to Denmark because Somalia was in the middle of a civil war. His was the only black family in the neighborhood and the only Muslim family, and his childhood wasn't easy. Kids called him names, asked him if he had the same blood as they did, and teased him. For a long time he just would fight back, but he knew he was disappointing his father.

When he was a little older, Jamal decided to take a different tack. He tried to be the good kid. He studied and made jokes in class, and his stress eased. The teachers liked him, his classmates liked him, and he began to make Danish friends and even to feel more Danish.

Then one day in high school, his teacher organized a debate about Islam. Jamal had just been on the hajj, the pilgrimage to Mecca, with his family, and he was infused with a newfound religious identity. And during the debate one of the girls started saying to the class that Muslims "terrorize" the West, and kill people and stone women. Jamal argued with her and eventually lost his temper, saying, "People like you should never exist."

After that moment, Jamal's life went off the rails. The teacher told the principal, who told the police, who questioned Jamal about being a terrorist. Jamal had to stay home from school and miss his final exams. The police cleared him, but it was too late for him to redo his exams, so he had to redo some of high school. He was furious about it. Soon after the investigation, his mother died, and he blamed her death on the stress caused by the investigation. He began to feel rejected by the West.

During that year, he ran into a group of fellow Muslims who had experienced some of the same discrimination. One of them had an apartment, and the group spent a lot of time there talking, praying and watching videos of Anwar al-Awlaki, a famous English-speaking imam. The friends talked a lot about jihad and making the trip to Syria. Two of the guys in the apartment began planning their trip.

While he was living in that apartment, Jamal got a call from Link, who had heard about his case. Jamal cursed him out and tried to hang up the phone, but then Link did something Jamal didn't expect: He apologized, for the ordeal his fellow officers had put Jamal through. Hearing a policeman take responsibility for his life getting derailed really moved Jamal. He agreed to come into Link's office.

When Jamal got there, Link introduced him to Erhan Kilic, one of the first official mentors hired by the program. Kilic was a fellow Muslim who had also faced discrimination in Denmark as a child. But he had taken a very different path. He had decided to embrace Denmark as his country. He now had a wife and two daughters and a successful practice as a lawyer. Kilic relayed to Jamal the main message of the Aarhus program: If he chose to, Jamal could also find his place in Denmark.

This is what sets the Aarhus program apart. It didn't use force to stop people from going to Syria but instead fought the roots of radicalization, Kruglanski says. "There are strong correlations between humiliation and the search for an extremist ideology," he says. Organizations like ISIS take advantage of people who, because of racism or religious or political discrimination, have been pushed to the margins of society.

Link and Aarslev's program showed people like Jamal that there was a place for them.

"Aarhus is the first, to my knowledge, to grapple with [extremism] based on sound social psychology evidence and principles," Kruglanski says. What Link and Aarslev were doing was so unexpected that it created an opening for people to think differently about their ideology. "They expect to be treated harshly," Kruglanski says. Instead, they got the opposite. "That kind of shock opens people's minds to maybe they were wrong about their society that they perceived as their enemy. It opens a possible window into rethinking and re-evaluating."

Starting in 2012, 34 people went from Aarhus to Syria. As far as the police know, six were killed and 10 are still over there. Of the 18 who came back home, all showed up in Aarslev and Link's office, as did hundreds of other potential radicals in Aarhus — about 330 in total.

But the program is admired for another accomplishment: Since the initial exodus of young people, very few have left from Aarhus for Syria, even when traffic from the rest of Europe was spiking. Last year, in 2015, it was just one person.

The program is still precarious, though. One terrorist attack in Aarhus could undo much of the work that has been done. But the officers are willing to keep trying. As Link put it, there are still "strong forces" out there tempting young Muslims to leave their lives in the West and join the battle.

And Jamal? He and his mentor met for two years, exploring parts of Aarhus Jamal had never seen. During that time, two of his friends from the apartment did leave for Syria. One was killed by a roadside bomb, and the other, a fellow Somali, is still over there.

Jamal, by contrast, can definitely and confidently say, "I am Danish." Reflecting on his path, he concludes, "I'm lucky I got that phone call from Thorleif."

Hanna Rosin is a host of Invisibilia, NPR's podcast and show on the invisible forces that shape our lives. This episode explores what happens when you flip the script. Alix Spiegel also tells the tale of a D.C. dinner party that almost became a crime scene, with video from the performance collective Manual Cinema. And on Saturday in Shots, psychologist Christopher Hopwood explains how to use the concept of noncomplementarity to make your own relationships better.

With additional reporting by Angus Chen.