Accessibility links
Montana's 'Pain Refugees' Leave State To Get Prescribed Opioids : Shots - Health News With rising awareness of opioid abuse, some pain patients say doctors are less likely to prescribe them. One Montana sufferer goes to great lengths to get his prescription — he flies to California. 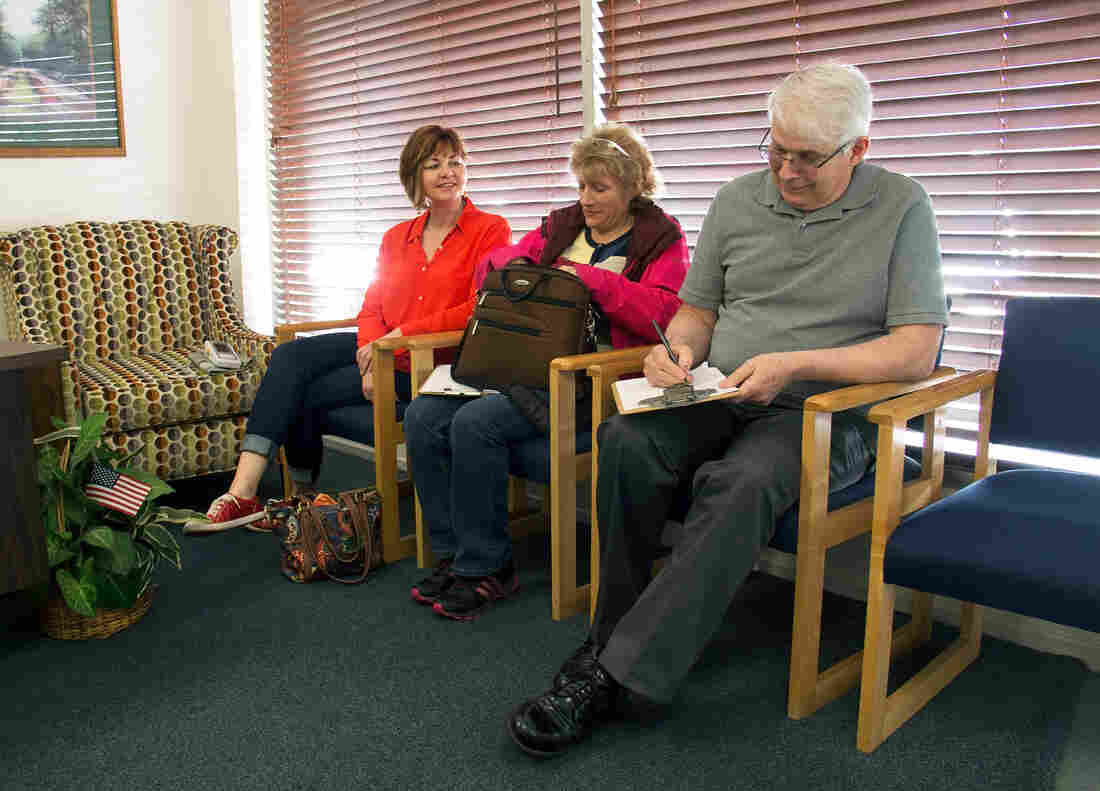 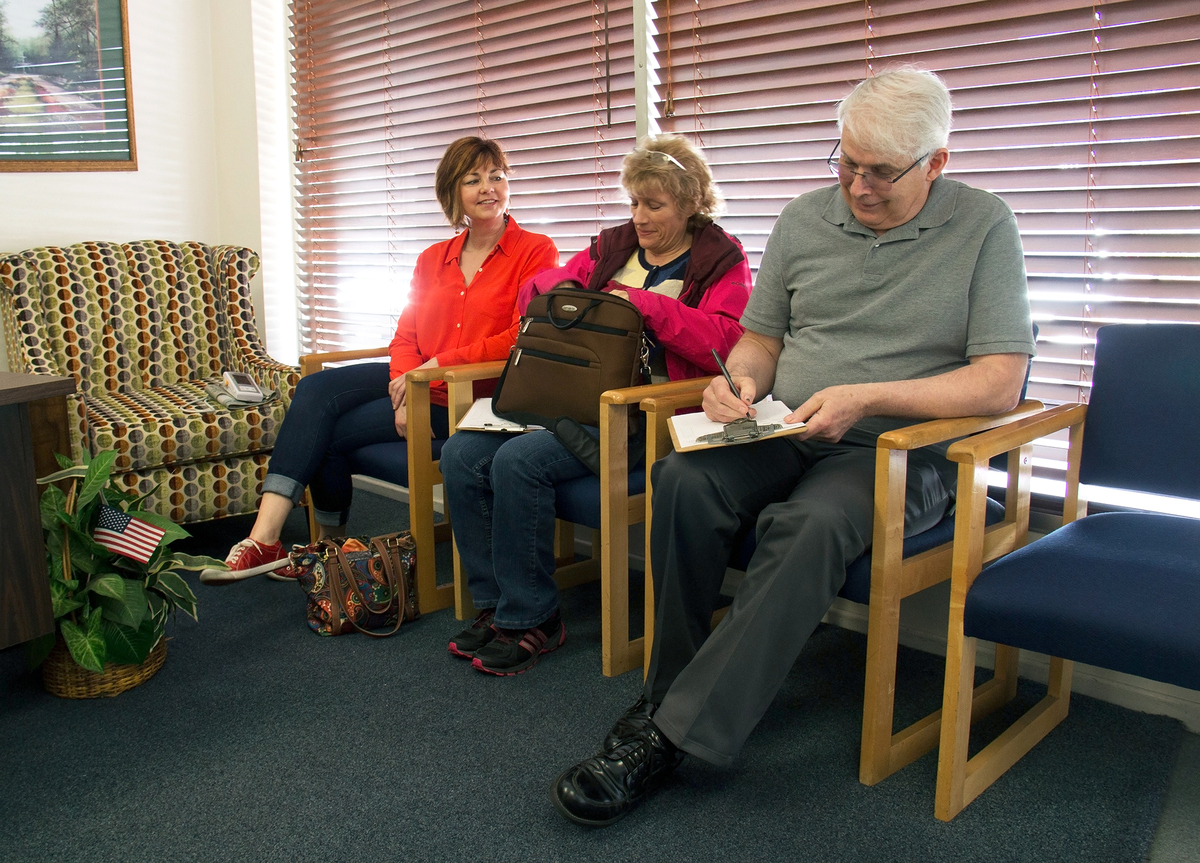 Federal authorities say about 78 Americans die every day from opioid overdose. In Montana, health care officials report that abuse there is worse than the national average. But the casualties of the opioid epidemic are not all drug abusers.

On a recent night, three Montana residents, who call themselves pain refugees, are boarding an airplane from Missoula to Los Angeles. They say that finding doctors willing to treat chronic pain in Montana is almost impossible, and the only way they can get relief is to fly out of state.

Before Gary Snook drops into his seat, he pauses in the aisle, pressing his fingertips into his upper thigh. He bends his knees slightly and moves his hips side to side. He's getting in one final stretch before takeoff.

"My pain, it's all from my waist down," he says. "It's like being boiled in oil 24 hours a day." Snook has been taking opioids since he had spine surgery for a ruptured disk 14 years ago. After the operation, he says he was in so much pain he couldn't work. He's tried all kinds of things to get better.

"I got a surgery, epidural steroid injections, acupuncture, anti-inflammatories, physical therapy, pool exercises," he says. "I've tried anything that anyone has ever suggested me to try. Unfortunately what I do right now is the only thing that works."

Snook says though he might seem desperate like someone who is addicted to pain killers, he's not. He's not craving a quick fix. He leaves his home for treatment because he has no confidence in the doctors in Montana and he wants to be healed.

"I believe pain control is a fundamental human right, or at least an attempt at pain control," he says. "To deny someone with a horrible disease like me access to pain medications is the worst form of cruelty."

It's dark outside when Snook, his wife and the two other pain patients get off the plane in Los Angeles. They wheel their suitcases to a rented SUV. When they get to the hotel, they smile and greet the lobby clerk by name.

The trip has become routine. Every 90 days, they come here to see a doctor who gives them the care and prescriptions they say they can't get at home.

Montana is a tough state to find many options for any medical care. Because much of the state is rural, residents often travel long distances, including out of state, for specialty care.

In the past several years, the Montana Board of Medical Examiners has taken on several high-profile cases of doctors it suspects of overprescribing opioids. At least two Montana doctors have had their licenses suspended since 2014.

But Marc Mentel acknowledges that there's fear around prescription painkillers in Montana's medical community. He chairs the Montana Medical Association's committee on prescription drug abuse, and he says he does hear of doctors being more wary.

Mentel, who started practicing medicine in the 1990s, says that when he was training, medical education didn't include treating long-term pain.

"The perfect tool, the perfect medicine that would take away a person's pain and allow them to function normally does not yet exist," he says. "So we are trying to use any tool, any means we can to help lessen the severity of their pain."

Mentel says opioids do help some patients, but he hopes his generation of doctors will learn more about pain and understand ways to treat it beyond opioids.

In March, the Centers for Disease Control and Prevention published long-awaited guidelines that said opioids should be the treatment of last resort for pain, and if used should be combined with other treatments such as exercise therapy.

"Patients are in pain," Mentel says. "We don't have great tools for them and we need to recognize that this is going to be a chronic-disease state. They may be in pain for the rest of their lives. So ... how do we treat them without actually harming them?" he says.

For Snook, relief is found at a small strip-mall clinic in suburban Los Angeles. 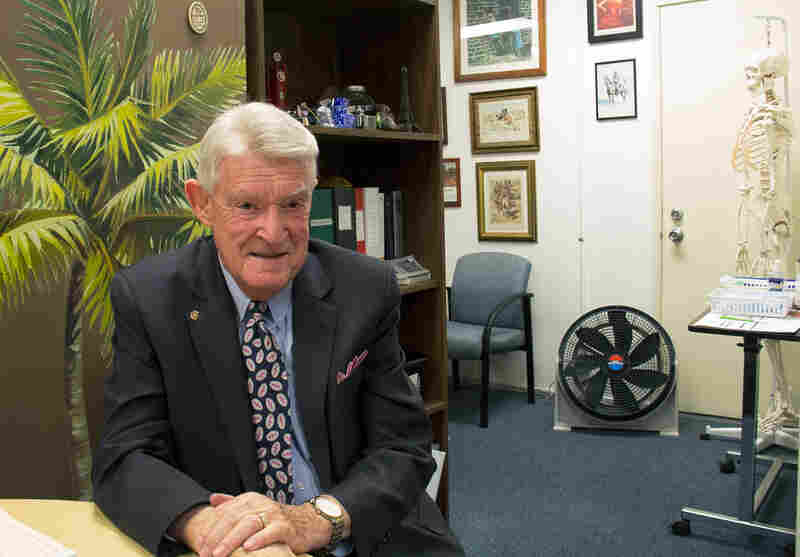 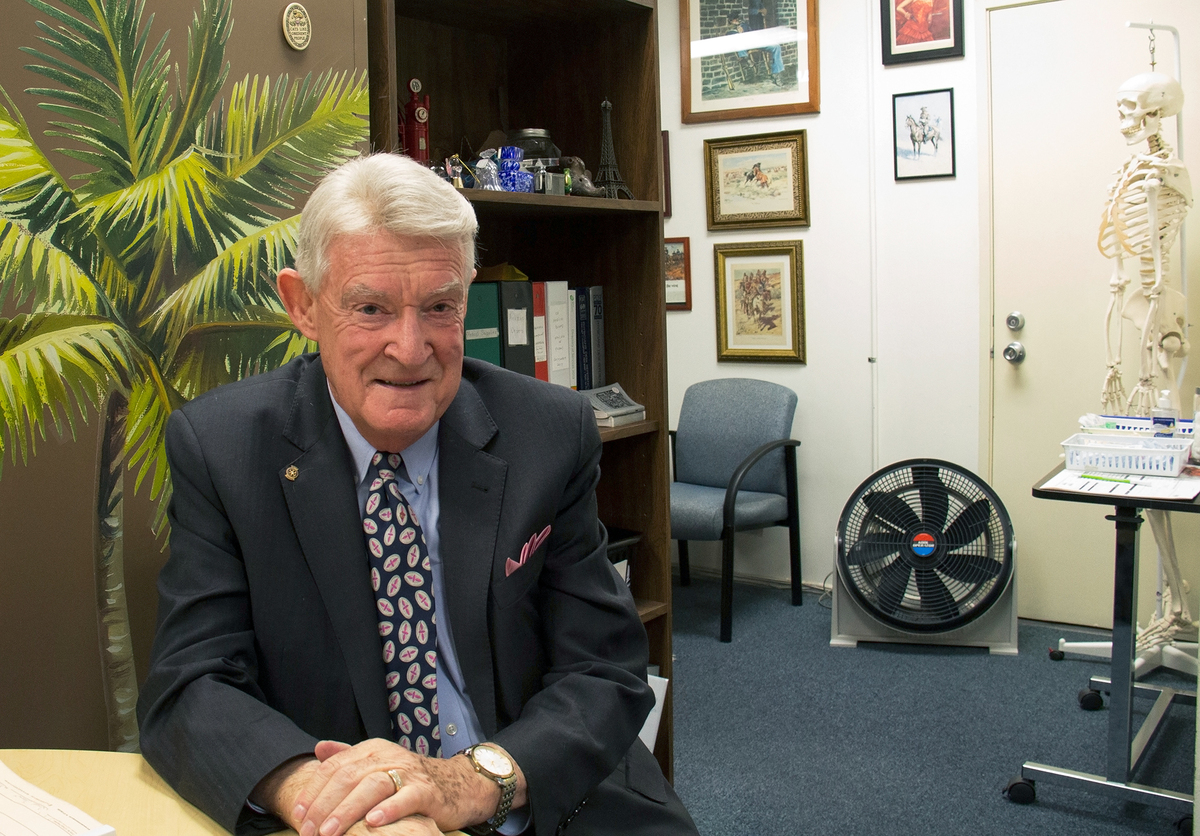 Tennant says that doctors need to specialize in pain management to reduce the risk of improperly prescribing opioids.

Dr. Forest Tennant is a former Army physician who says he has consulted for the National Institute on Drug Abuse, the National Football League and NASCAR.

He has about 150 patients, half of them from out-of-state.

Tennant says there are legitimate reasons to be concerned about opioids, and that's why doctors need to specialize in pain management.

To an untrained physician, Tennant says, addicts and pain patients can look similar. "Doctors can get conned," he says. "I think that it is true that we've had a lot of opioids that get out on the street, and people get them ... whether it is heroin or a prescription opioid."

But opioids can also help people, Tennant says. Because of that, he says, the drugs shouldn't be stigmatized, but used responsibly.

"They are the last resort, when there is no other option. You don't use them until everything else has failed," he says.

Tennant is lobbying for a Montana bill to guarantee more access to opioids for pain patients, so people like Snook don't need to travel so far for a prescription.

"Had I stayed in Montana, I would have killed myself," says Snook. "I just want humanitarian care, and I get that in California."