Accessibility links
Rehab Hospitals May Harm A Third Of Patients, Report Finds : Shots - Health News Patients sent to rehabilitation facilities to recover from medical crises or surgery too often suffer additional harm from the care they get there, according to research by U.S. health officials. 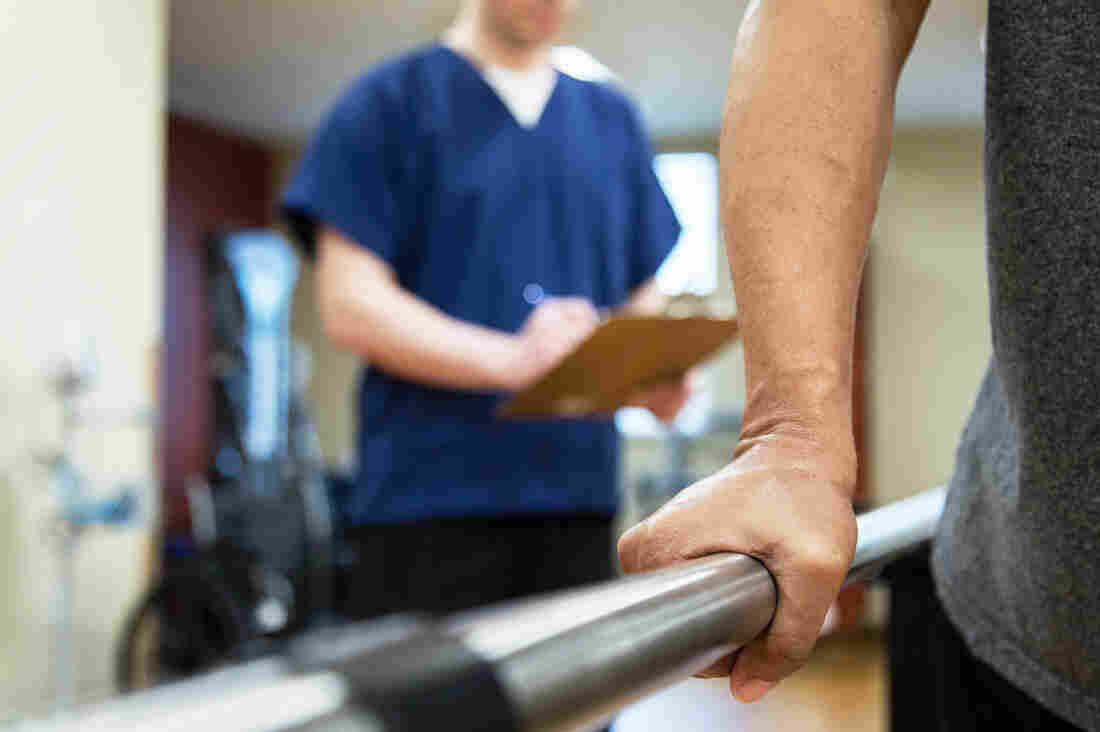 The physical therapy workouts a rehabilitation facility offers can be a crucial part of healing, doctors say. But a government study finds preventable harm — including bedsores and medication errors — occurring in some of those facilities, too. Andersen Ross/Blend Images/Getty Images hide caption 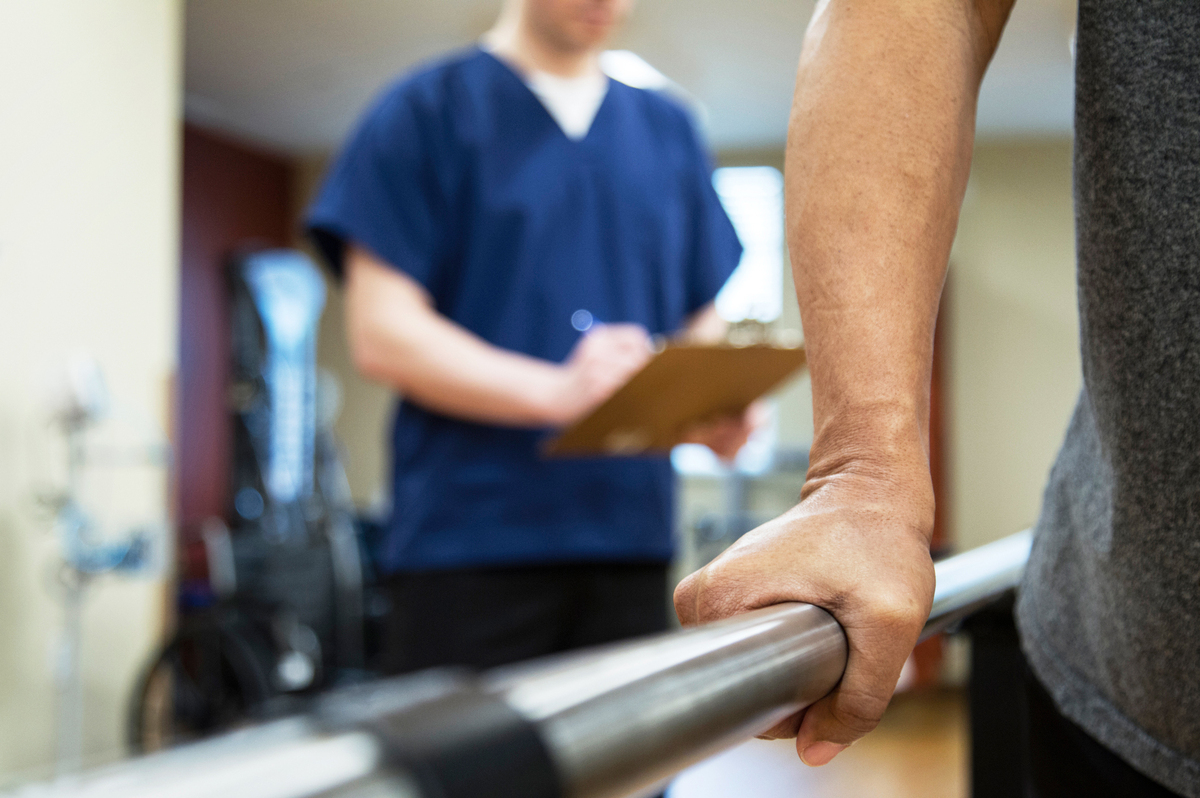 The physical therapy workouts a rehabilitation facility offers can be a crucial part of healing, doctors say. But a government study finds preventable harm — including bedsores and medication errors — occurring in some of those facilities, too.

Patients may go to rehabilitation hospitals to recover from a stroke, injury or recent surgery. But sometimes the care makes things worse.

In a government report published Thursday, 29 percent of patients in rehab facilities suffered a medication error, bedsore, infection or some other type of harm as a result of the care they received.

Doctors who reviewed Medicare cases from a broad sampling of rehab facilities say that almost half of the 158 incidents they spotted among 417 patients were clearly or likely preventable.

"This is the latest study over a long time period now that says we still have high rates of harm," says Dr. David Classen, an infectious disease specialist at the University of Utah School of Medicine who developed the analytic tool used in the report to identify the harm to patients.

"We're fooling ourselves if we say we have made improvement," Classen says. "If the first rule of health care is 'Do no harm,' then we're failing."

The oversight study, from the office of the inspector general of the U.S. Department of Health and Human Services, focused on rehabilitation facilities that were not associated with hospitals. Rehab facilities generally require that patients be able to undergo at least three hours of physical and occupational therapy per day, five days a week. Patients at these facilities are presumed to be healthier than patients in a more typical hospital or a nursing home.

Still, the findings echoed those of previous studies that found that more than a quarter of patients in hospitals and a third in skilled nursing facilities suffered harm related to their care.

"It's important to acknowledge that harm can occur in any type of inpatient setting," says Amy Ashcraft, a team leader for the rehabilitation hospital study. "This is one of the settings that's most likely to be underestimated in terms of what type of harm can occur."

For the purposes of the study, doctors and nurses identified harm by reviewing the medical records of 417 randomly selected Medicare patients who stayed in U.S. rehabilitation facilities in March 2012. The events they identified varied in severity, ranging from a temporary injury to something that required a longer stay at the facility or that led to permanent disability or death.

Almost a quarter of the harmed patients had to be admitted to an acute care hospital, at a cost of about $7.7 million for the month analyzed, the study shows.

The physicians who reviewed the cases for the OIG say substandard treatment, inadequate monitoring, and failure to provide needed care caused most of the harm. Almost half the cases, 46 percent, were related to medication errors and included bleeding from gastric ulcers due to blood thinners and a loss of consciousness linked to narcotic painkillers.

"We know a lot about preventing medication errors," Thomas says.

An additional 40 percent of the cases in which patients were harmed were traced to lapses in routine monitoring that led to bedsores, constipation or falls. These problems almost never contributed to a patient's death but could mean extra days or weeks of recovery, a loss of independence or permanent disability, says Lisa McGiffert, director of the Consumers Union Safe Patient Project.

"It is a domino effect for any person who has had an adverse event," says McGiffert, who was not involved in the study.

The inspector general is recommending that Medicare and the Agency for Healthcare Research and Quality work together to reduce harm to patients by creating a list of adverse events that occur in rehab hospitals. In their responses to the report, the agencies have pledged to follow that suggestion.

Officials from the American Medical Rehabilitation Providers Association, the trade group that represents rehab facilities, say they have not yet seen the report and decline to comment for now.

Updated July 25, 2016: The American Medical Rehabilitation Providers Association issued a statement late Friday, saying they welcome any study that shows opportunities to improve care. The rehab industry has made improvements to reduce medical errors since 2012 (the time frame studied by the inspector general's office), according to the statement, and remains dedicated to providing high quality care. But the facilities still face pressure to speed up the pace of care and "press patients into less expensive settings," which is counter to the "need to take time to do things right the first time," the trade group said.

ProPublica is interested in hearing from patients who have been harmed while undergoing medical care, through its Patient Harm Questionnaire and Patient Safety Facebook Group.