Accessibility links
Do Shoes Make Us Callous About The World? : Shots - Health News When we invented shoes, we slipped a surface between ourselves and the world. Ever wonder if this is the moment mankind fell from grace? No? Well, for better or worse, NPR's Colin Dwyer has.

Invisibilia: The Unbearable Lightness Of Footwear

Invisibilia: The Unbearable Lightness Of Footwear 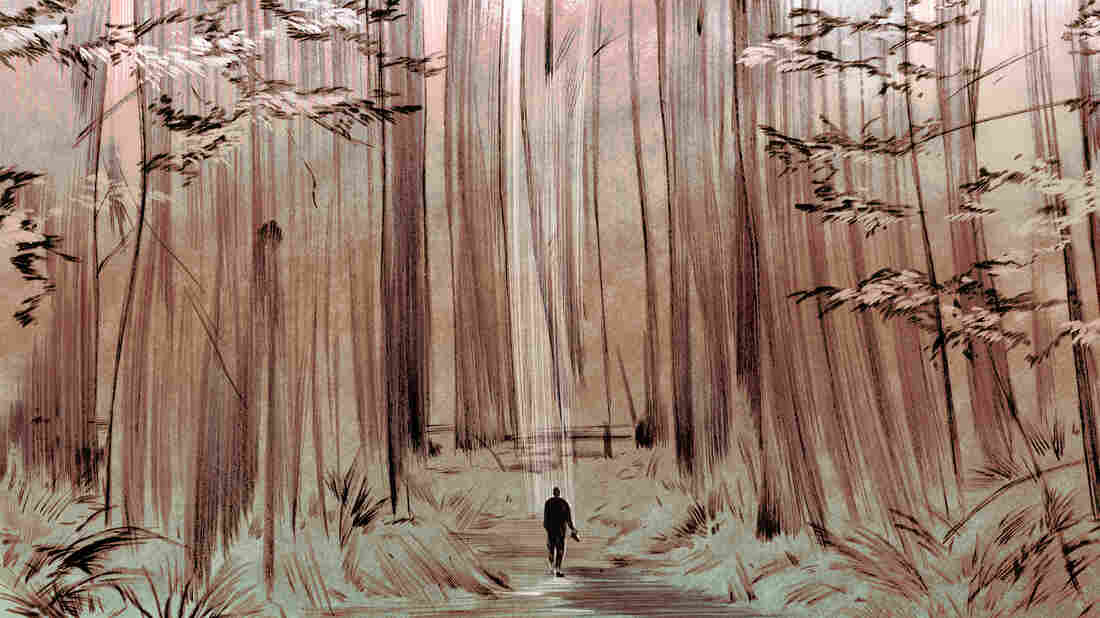 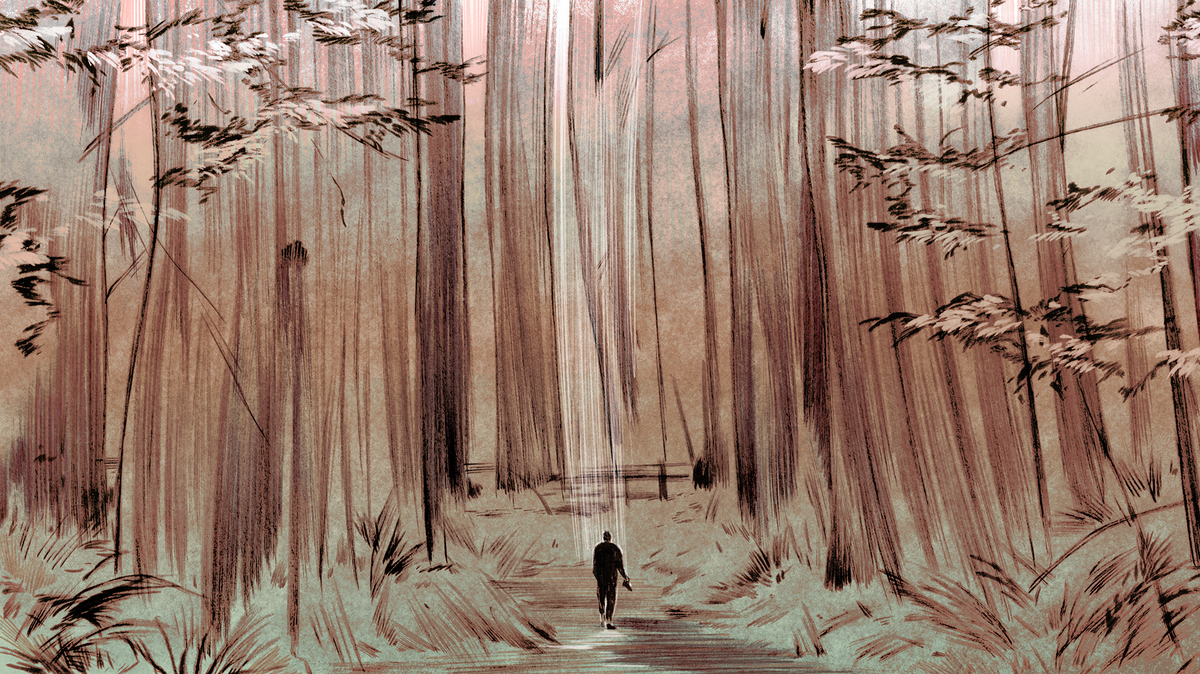 Editor's note: This is an excerpt from the latest episode of the Invisibilia podcast and program, which is broadcast on participating public radio stations.

Walking among the California redwoods, drifting blank-brained on a break from college, I got to thinking about shoes. I can't say why, exactly. Perhaps it was because they were touching my feet.

My own shoes were performing admirably, I must admit. I was trudging on mud and bugs and roots and who knows what without feeling much of anything.

The Secret Emotional Life Of Clothes

Do clothes have the power to transform us? The latest episode of the NPR podcast Invisibilia explores seven stories about how the clothes we wear affect us more than we think (though perhaps less than we hope).

And that, I realized in a flash, was a problem. Not that I had been stepping on gross stuff and snuffing out the lives of little things that, frankly, may not have deserved it. The problem was that I really couldn't tell.

Life and death and dog poop — it all basically felt the same underfoot.

I began thinking about the festering evil behind pollution, behind climate change, callousness and all the other ways we forget to consider each other and the world around us. Maybe shoes are to blame.

I realize this idea is so simple it could be taken for stupid. Bear with me for a moment.

When we invented footwear — probably some 40,000 years ago, according to paleoanthropologists — we also slipped a surface between ourselves and the world. Where we once were touching the ground with skin, touching all the time like lovers, shoes changed all this. With shoes, we swapped intimacy for a well-regulated separation.

Perhaps the moment at which we began walking only on objects of our own construction was the same moment we convinced ourselves that the world is of our own making. With shoes came pride, forgetfulness. Maybe Adam never even had to eat the apple at all. Maybe all he had to do was slip into a fresh pair of loafers.

It's a discovery I didn't know what to do with. And I still don't, to be honest — despite the years since, which I thought would make me smarter. But at the time, it felt as if a grand symbolic gesture was in order. 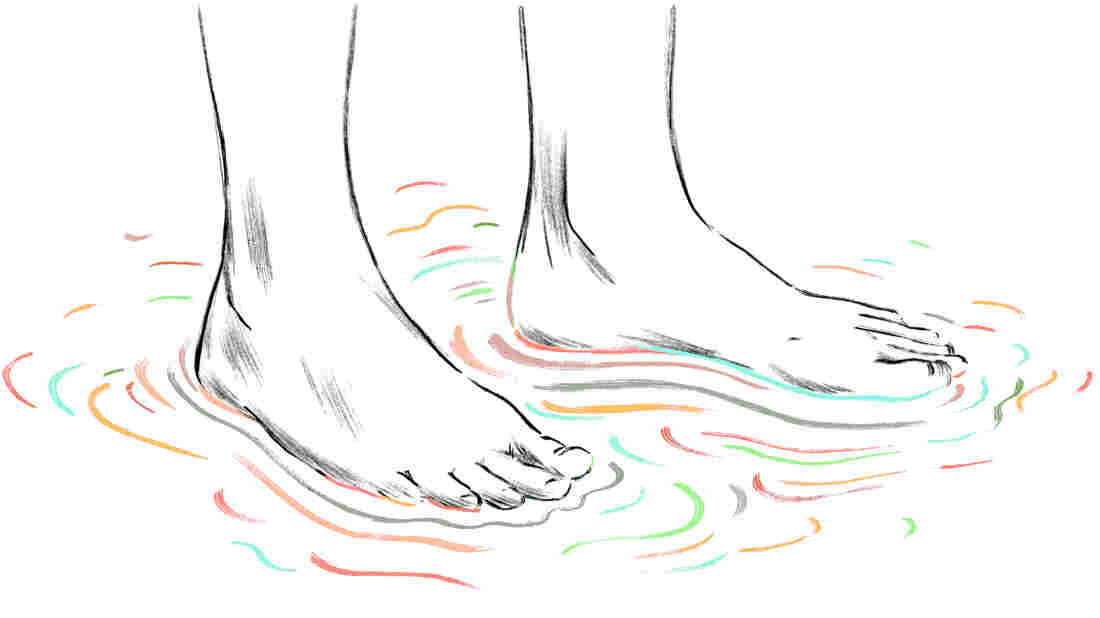 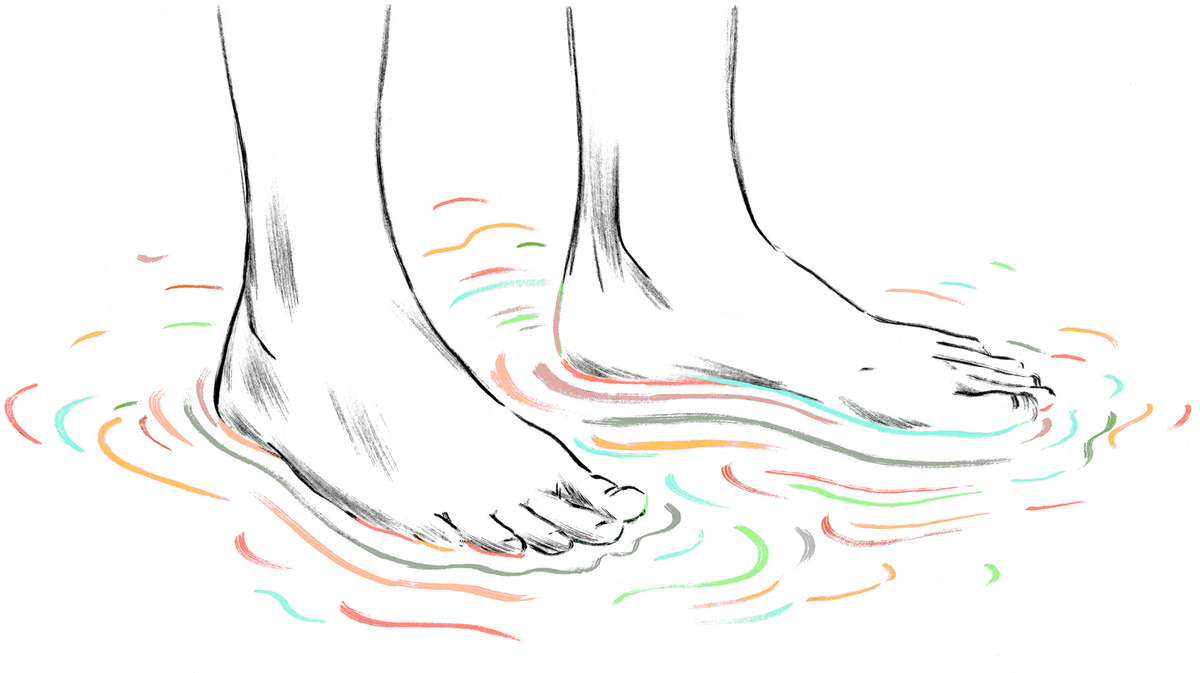 I unlaced that faithful shoe of mine. I wiggled out of it, wadded my sock inside, cocked my arm behind my head in a pose I was sure looked heroic. With the great weight of all the world's dashed dreams on my shoulders I threw that shoe, that sad proof of all we've lost, as hard as I could, as far as I could.

It might have flown for miles — if it hadn't hit the tree right in front of me. The shoe gave out a defeated plop. The tree's trunk tossed off a few splinters. I know, because when I put it back on a few minutes later, I could feel them, wedged deeply in the sole.