Accessibility links
A Cast With Down Syndrome Brings Fresh Reality To Reality TV : Shots - Health News With the Emmy-nominated Born this Way poised to begin its second season July 26, the cast, co-creator and fans explain why the show has become such a hit. 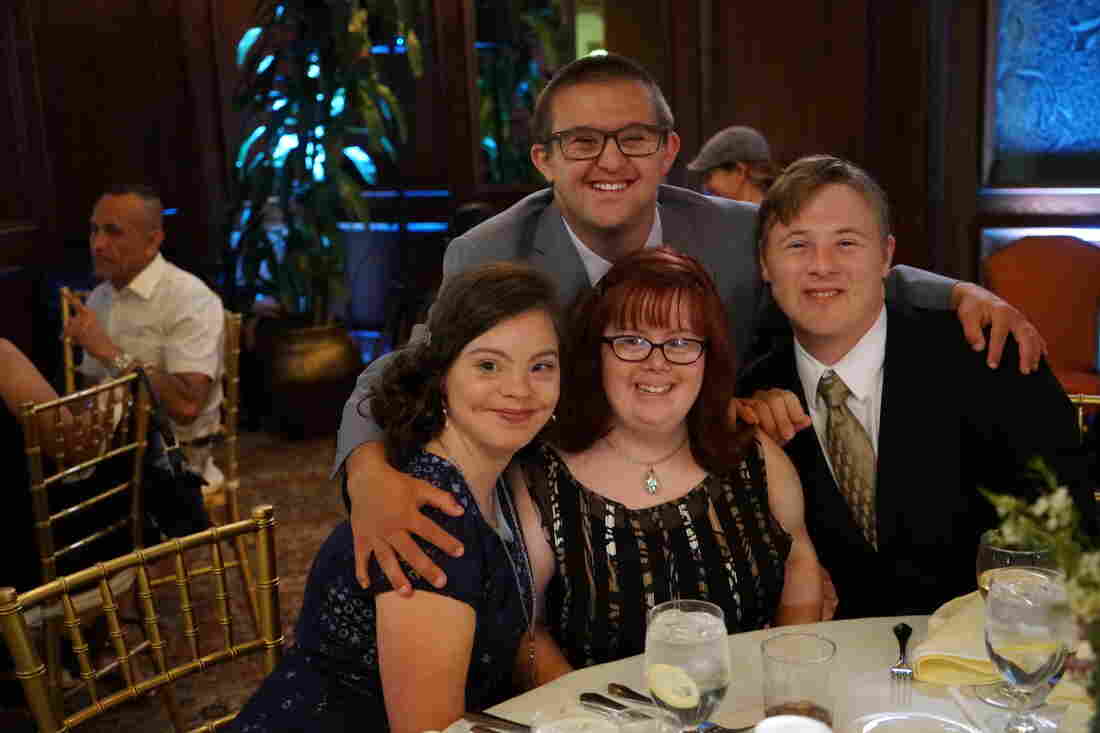 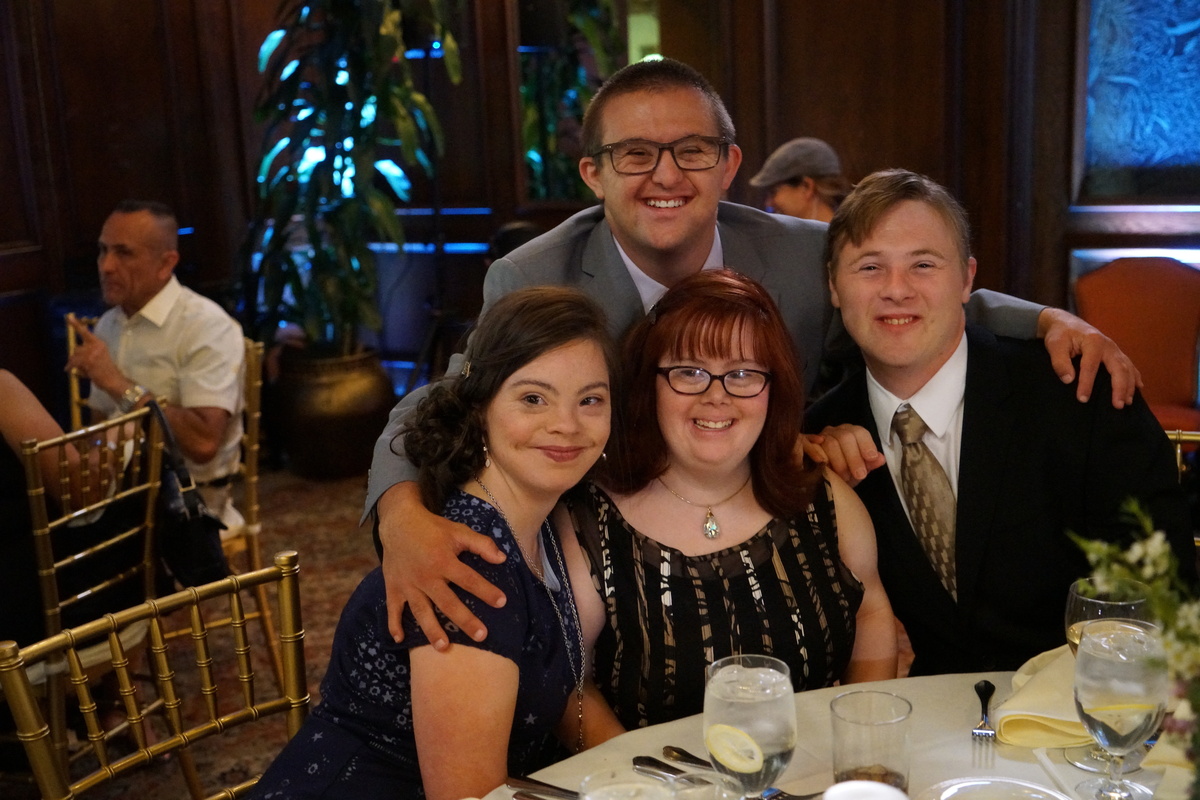 Born This Way is a reality show — not too different from The Real World, the groundbreaking show that helped define the genre and aired for more than 30 seasons on MTV. Both feature a cast of diverse young adults navigating the world around them. Both came from reality TV pioneer Jonathan Murray (who co-created The Real World with Mary-Ellis Bunim). The big difference: All the stars of Born This Way have Down syndrome.

"It was challenging to cast this show," Murray told me recently from Bunim/Murray Productions in Van Nuys, Calif., as he readied for the launch of the second season on July 26. "Sometimes our cast members — it takes them a little struggle to get their thoughts out."

Murray had no personal connection to the Down syndrome community when he first came up with the concept of the show. He says he's always been committed to bringing underrepresented communities to the screen, stretching back to when The Real World featured a gay, HIV-positive character in the 1990s.

"I always felt that we grew up in our own little segmented worlds," he said, adding that television provides a chance to break down those walls.

That said, reality TV relies on conventions, and Born This Way follows plenty of them. The cast includes a musician, a party girl, a self-styled player and a drama queen. Rachel Osterbach is the 33-year-old sweetheart. She wears her red hair in a 1960s-style flip and was recruited for Born This Way at a drama class for people with Down syndrome.

"I actually cried from happiness," she said about being cast, "because I always wanted to be on TV. Because I wanted to be like the regular people on TV." 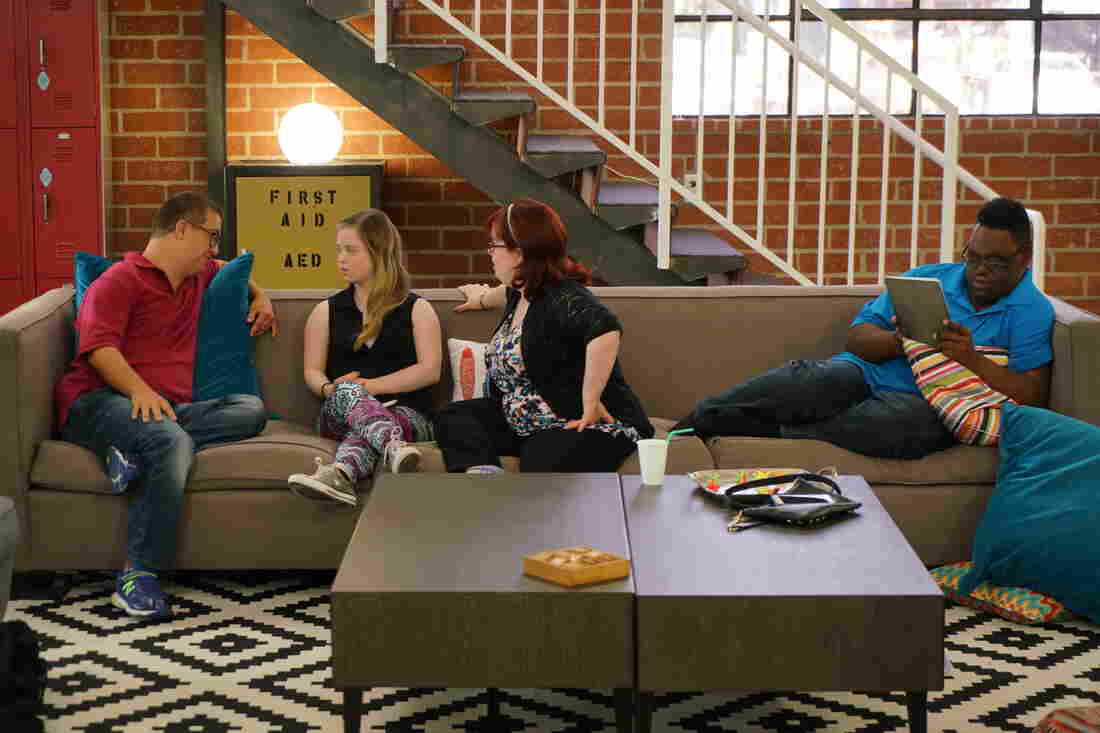 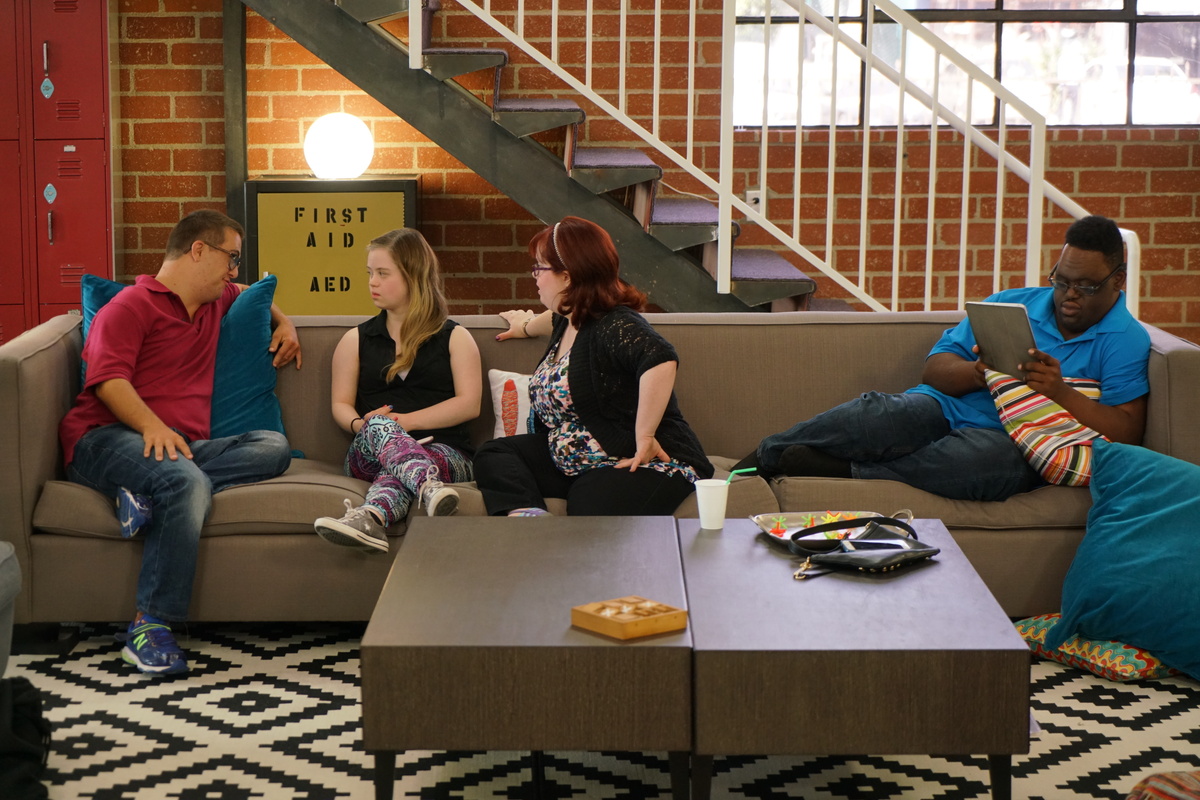 Osterbachs' parents, Laurie and Gary, said they never really believed their family would end up onscreen. The family lives in Orange County, Calif. When they got picked, they were concerned, because Bunim/Murray Productions also makes Keeping Up With the Kardashians.

"We knew they were experienced," Gary Osterbach said wryly. "But when you're experienced in shows like the Kardashians — that doesn't necessarily make you feel like your daughter is going to come off great."

But Rachel Osterbach does come off great. So does the rest of the cast. Born This Way has been an unexpected hit for A&E. Over its first season, the show enjoyed more than an 80 percent rise in viewership. Other reality stars could learn much from this cast about handling conflict.

There's lots of hugging and forgiving. And when alcohol appears, it's not hurled during catfights. It's sipped responsibly during family dinners or among parents discussing how to handle their adult childrens' transition to independent living. (Cast members during the first season were ages 22 to 32.)

I learned about Born This Way from a reality TV producer who told me it has a dedicated following in the reality television community. (Yes, that's a real thing.) Jonathan Murray thinks that might be because the show demands a delicate touch that's uncommon in the genre.

Generally in reality TV, Murray said, "you don't get to play the small moments as much as I would like to. It has to be big and loud, and someone needs to flip a table at the end of Act One."

On this show, you see Rachel Osterbach doing her best to find love, and getting repeatedly turned down.

"That was the toughest part," said Gary Osterbach. "To watch on TV and know that there's now approximately 1 million people also watching your daughter get rejected."

"I don't like being rejected on film," Rachel said firmly. "At first, I didn't want that in there because I hate being let down."

"But it was OK, you said, right?" Laurie asked.

"It was OK, but I don't like being rejected," Rachel replied.

In a way, this is progress, said disability advocate David Perry. He's not generally the biggest fan of reality shows, he said, but he appreciates how Born This Way holds people with Down syndrome to the same standards as other reality stars.

Perry's 9-year-old son has Down syndrome. Too often, Perry said, people with Down Syndrome are represented on TV as childlike innocents.

"Or it can be kind of angelic," Perry added. "There's a whole tradition of people with Down syndrome being angels on earth, being specially chosen by God, living without sin."

But Born This Way features complex characters; they're among the less than 1 percent of TV characters with disabilities, according to a recent survey by GLAAD. They're also among the first generations of people with Down syndrome who have benefited from such broad social changes as mainstreaming and the Americans with Disabilities Act.

Special Needs Teacher Comes To The Rescue On Flight

Special Needs Teacher Comes To The Rescue On Flight

Only Human: A Birth That Launched The Search For A Down Syndrome Test

"Everything started to change in the late '70s, early '80s," observed Gary Osterbach, of the progress his daughter has enjoyed. "She's been in early intervention [programs] since she was a month old. If she'd been born, probably five years before that, none of that would have existed. People paved the path for us before we were there."

And the Osterbachs take pride in continuing that path by showing their family to a wide audience.

"I didn't think we'd get the acceptance like we did," Laurie Osterbach said softly. "And that's what I hoped by doing this — besides them just seeing how sweet Rachel is."

The sweetness — and the real drama — of Born This Way is getting acclaim outside the disability and reality communities. The show was recently nominated for three Emmys.