Accessibility links
A Sniff Test For Alzheimer's Checks For The Ability To Identify Odors : Shots - Health News New research suggests it may be possible to spot people in the early stages of Alzheimer's by testing their ability to recognize fragrances. The goal is a quick and inexpensive screening test. 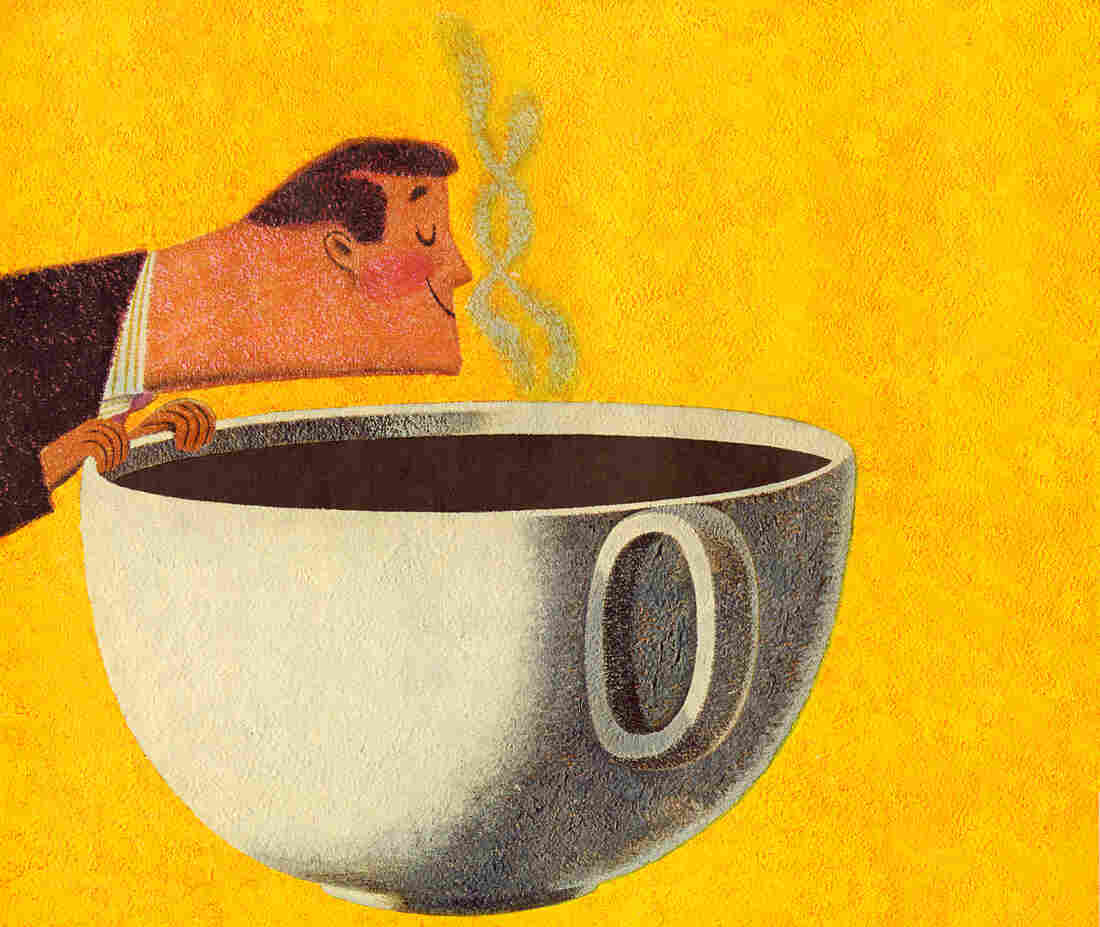 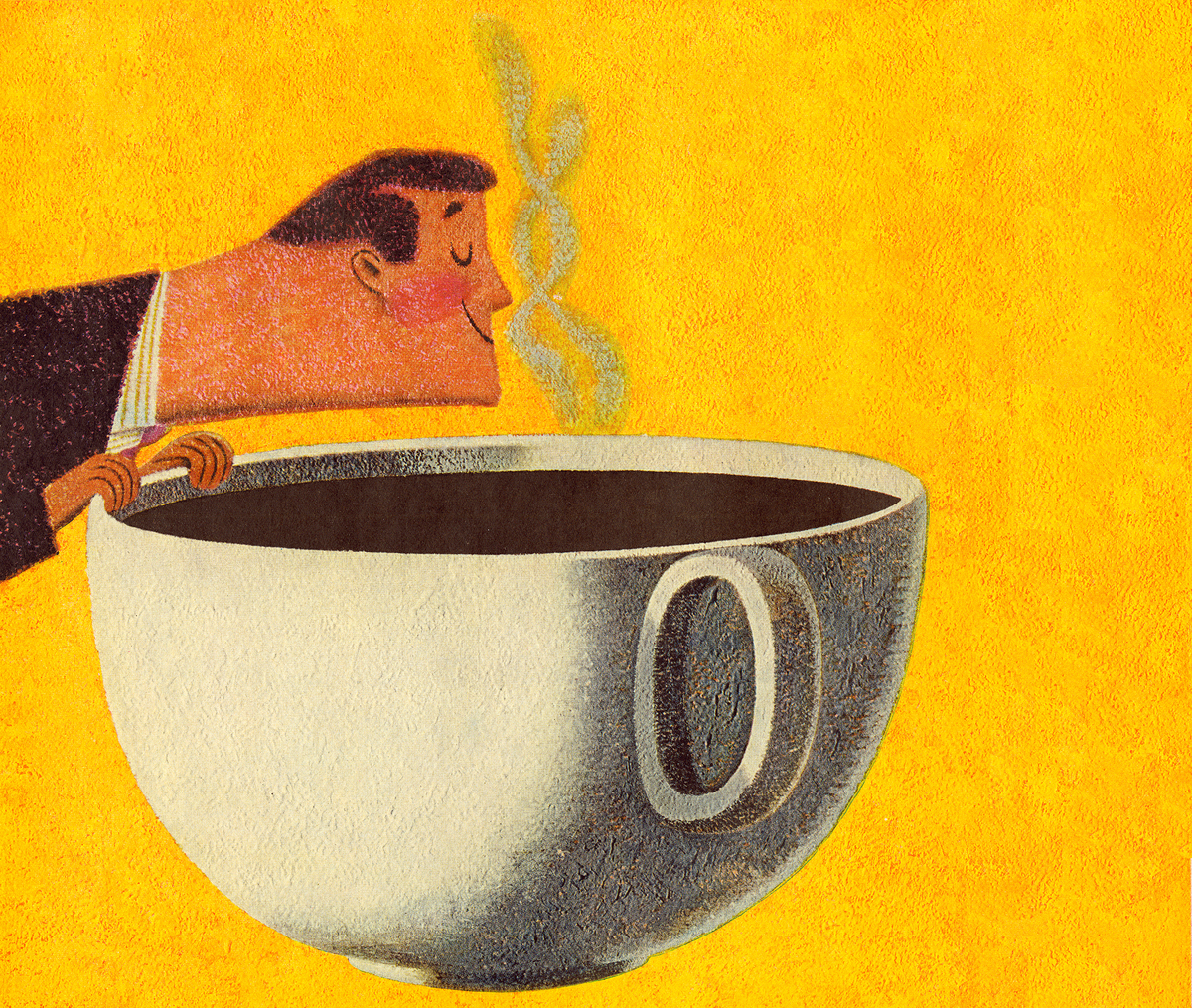 Parkinson's disease, smoking, certain head injuries and even normal aging can influence our sense of smell. But certain patterns of loss in the ability to identify odors seem pronounced in Alzheimer's, researchers say.

Two studies released at an international Alzheimer's meeting Tuesday suggest doctors may eventually be able to screen people for this form of dementia by testing the ability to identify familiar odors, like smoke, coffee and raspberry.

In both studies, people who were in their 60s and older took a standard odor detection test. And in both cases, those who did poorly on the test were more likely to already have — or go on to develop — problems with memory and thinking.

"The whole idea is to create tests that a general clinician can use in an office setting," says Dr. William Kreisl, a neurologist at Columbia University, where both studies were done. The research was presented at the Alzheimer's Association International Conference in Toronto.

Currently, any tests that are able to spot people in the earliest stages of Alzheimer's are costly and difficult. They include PET scans, which can detect sticky plaques in the brain, and spinal taps that measure the levels of certain proteins in spinal fluid.

The idea of an odor detection test arose, in part, from something doctors have observed for many years in patients with Alzheimer's, Kreisl says.

"Patients will tell us that food does not taste as good," he says. The reason is often that these patients have lost the ability to smell what they eat.

That's not surprising, Kreisl says, given that odor signals from the nose have to be processed in areas of the brain that are among the first to be affected by Alzheimer's disease.

But it's been tricky to develop a reliable screening test using odor detection.

So Kreisl and a team of researchers studied 84 people in their 60s and 70s, including 58 with the sort of memory problems that suggest early Alzheimer's.

The participants took something called the University of Pennsylvania Smell Identification Test, or UPSIT.

"It's basically a set of cards," Kreisl says. "And each card has a little scratch and sniff test on it." The cards feature familiar odors like coffee, chocolate, cinnamon and licorice.

The study found that people who had trouble identifying odors were three times more likely than other people to have memory problems. Moreover, the odor test "was able to predict memory decline in older adults about as well as the PET scan or spinal tap," Kreisl says.

A second study by another team from Columbia followed, for more than four years, 397 people whose average age was 80 at the start. Their scores on the odor test were a good predictor of which people were most likely to go on to develop dementia, the researchers found.

The odor tests aren't perfect. For one thing, other degenerative brain diseases, including Parkinson's, can also affect odor detection. Also, the ability to smell can be diminished by smoking, certain head injuries and even normal aging.

So researchers are looking at other "biomarkers" of Alzheimer's, including some changes that affect the eye.

"The eye has nerves that are very closely linked to the brain," says Maria Carrillo, chief science officer of the Alzheimer's Association. So changes in those nerves can help reveal early Alzheimer's.

But all the screening tests for Alzheimer's are of limited value, Carrillo cautions, because there is still no drug that can slow or halt the disease.

"What we really need," she says, "is to be able to use these screening tools at the same time that we have a therapeutic."