Accessibility links
As Opioid Epidemic Surges, Medical Schools Try To Keep Pace : Shots - Health News Most medical schools offer little teaching about opioid addiction, even though there is unmet demand for treatment in many areas. Stanford University's medical school is trying to change that. 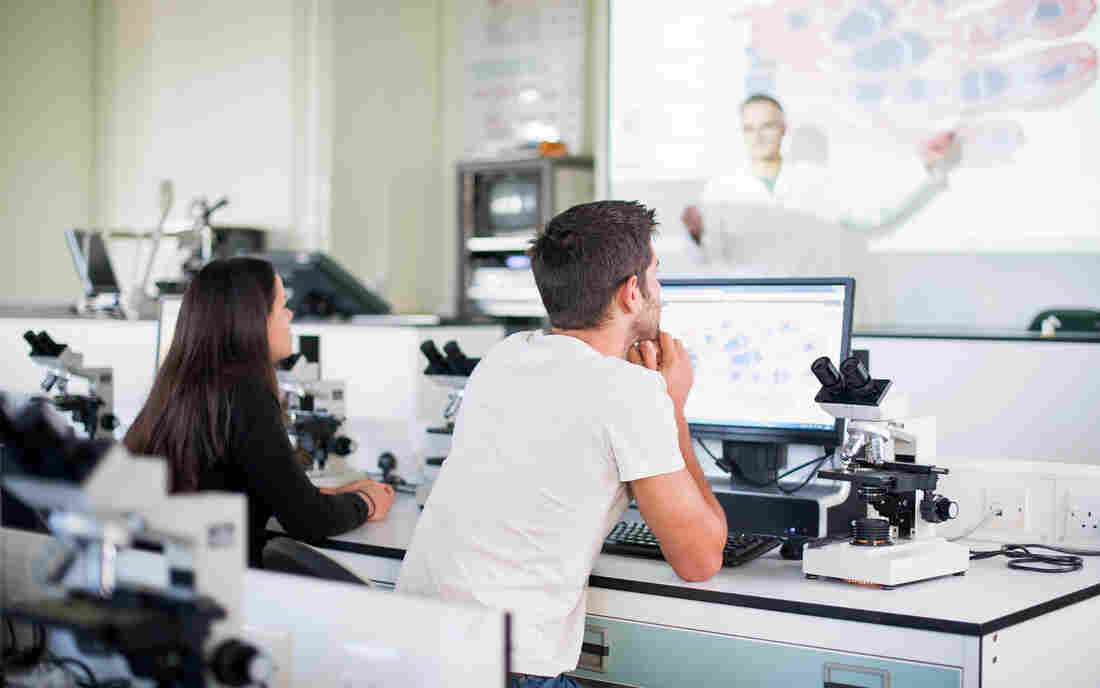 Between 1999 and 2014, the number of deaths in the U.S. from prescribed opioids quadrupled. Meanwhile medical students were getting very little training on how to spot patients who are at risk for addiction, or how to treat it. Matt Lincol/Getty Images/Cultura Exclusive hide caption 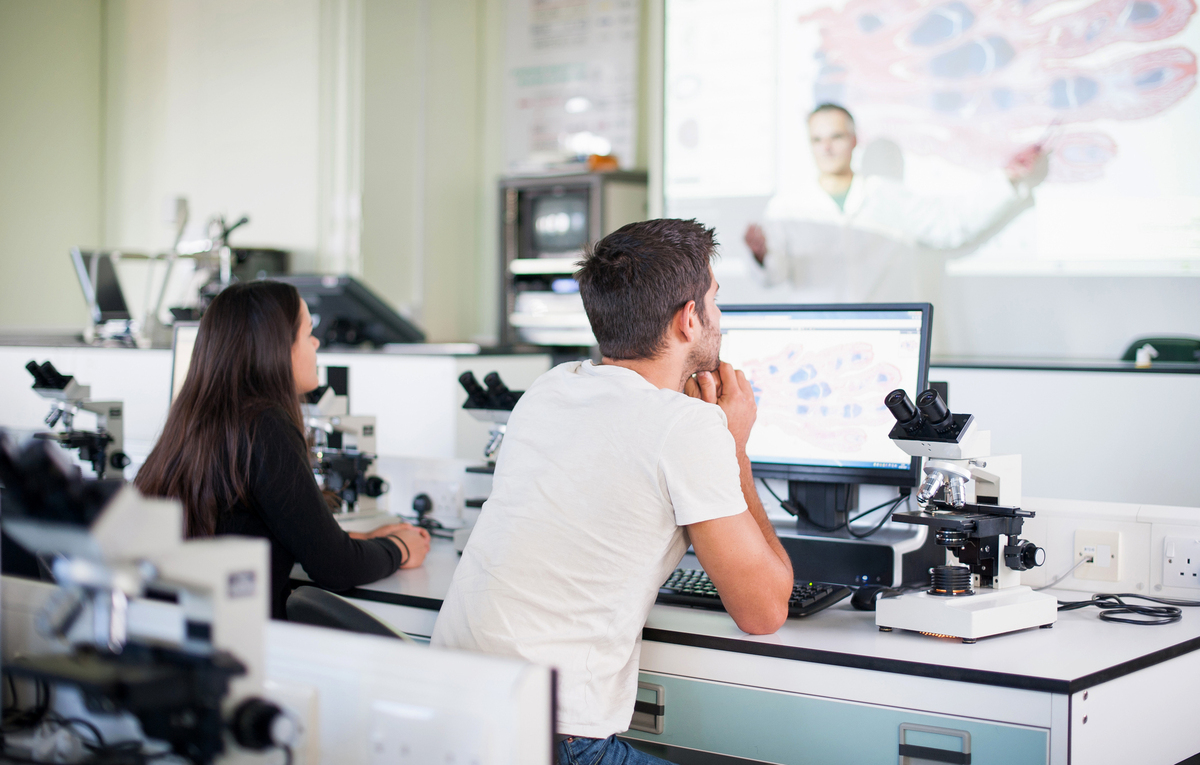 Between 1999 and 2014, the number of deaths in the U.S. from prescribed opioids quadrupled. Meanwhile medical students were getting very little training on how to spot patients who are at risk for addiction, or how to treat it.

Jonathan Goodman can recall most of the lectures he has attended at the Stanford University School of Medicine. He can recite detailed instructions given more than a year ago about how to conduct a physical.

But at the end of his second year, the 27-year-old M.D.-Ph.D. student could not remember any class dedicated to addiction medicine. Then he recalled skipping class months earlier. Reviewing his syllabus, he realized he had missed the sole lecture dedicated to that topic.

"I wasn't tested on it," Goodman says, with a note of surprise.

Americans are overdosing on opioids such as heroin and prescribed painkillers at epidemic rates, and the nation's doctors appear to be inadequately prepared to help.

The problem begins in medical school.

A report in 2012 by The National Center on Addiction and Substance Abuse revealed that medical schools devoted little time to teaching addiction medicine — only a few hours over the course of four years. Since then, the number of Americans overdosing from prescribed opioids has surpassed 14,000 per year, quadrupling from 1999 to 2014.

But Stanford's medical school may offer an example of what faculty-driven change in teaching about addiction can look like.

The school began retooling its curriculum after the director of its addiction medicine fellowship, Dr. Anna Lembke, expressed concern about its meager offerings in that field.

Lectures on addiction will no longer be folded into the psychiatry series as a side note, but instead will be presented as a separate unit relevant to future doctors in any subspecialty, Lembke says. And that training will continue when the students leave the classrooms for clinical rotations.

"We're at the very bottom of a very long uphill road," says Lembke, who gave the lecture Goodman missed.

Medical faculties have traditionally eschewed teaching the subject, in part because many physicians viewed addiction as a personal vice rather than a disease. And, even now, some doctors who specialize in addiction treatment are skeptical that the best care for the problem comes out of a medical model.

"Clearly, if you've got an addiction, you've been making a lot of bad choices," says Gerstein. Framing substance abuse strictly as a disease ignores the fact that some people are able to quit their use of a drug with willpower, he says.

Still, those who believe in the value of medical treatment for addiction say it can no longer be an afterthought in medical education. Because the current opioid epidemic is largely linked to prescribed opioid painkillers, many doctors are being forced to grapple with addicted patients in their practices. In March, the American Board of Medical Specialties officially recognized addiction medicine as a subspecialty.

In a March report, the California Health Care Foundation cited inadequate medical school training as one of the challenges in treating patients addicted to opioids.

The White House has also been pressuring medical schools to improve instruction on opioid addiction by issuing pledges for schools to sign, promising to change their curricula. But as recently as April, Lembke hadn't yet heard of any concrete plans to change Stanford's curriculum.

In late spring, however, she was asked to meet with the dean of the medical school about bolstering education in addiction medicine. Working with fellow faculty members, Lembke is now expanding addiction medicine beyond the lone talk she gives on opioids each year to a series of lectures that recommend and teach alternative treatments for pain, like acupuncture or massage.

Lembke will also seek an endorsement of her fellowship program by the Accreditation Council of Graduate Medical Education. Accreditation can help programs get additional funding.

One of Lembke's Stanford colleagues, Dr. Jordan Newmark, who directs education in the medical school's pain division, is seeking to increase medical students' training on opioids in their third and fourth years. His plans for clinical training sessions include having actors portray patients with opioid addictions.

The next hurdle is to recruit doctors to specialize in addiction medicine, says Emily Feinstein, director of health law and policy at the National Center on Addiction and Substance Abuse.

Among the challenges in getting young doctors interested in the field, Feinstein says, are low insurance reimbursement rates and having to deal with patients who can be difficult behaviorally because of their drug use.

It's best to reach doctors at the start of their careers, Lembke says — before they've established a practice and get set in their ways.