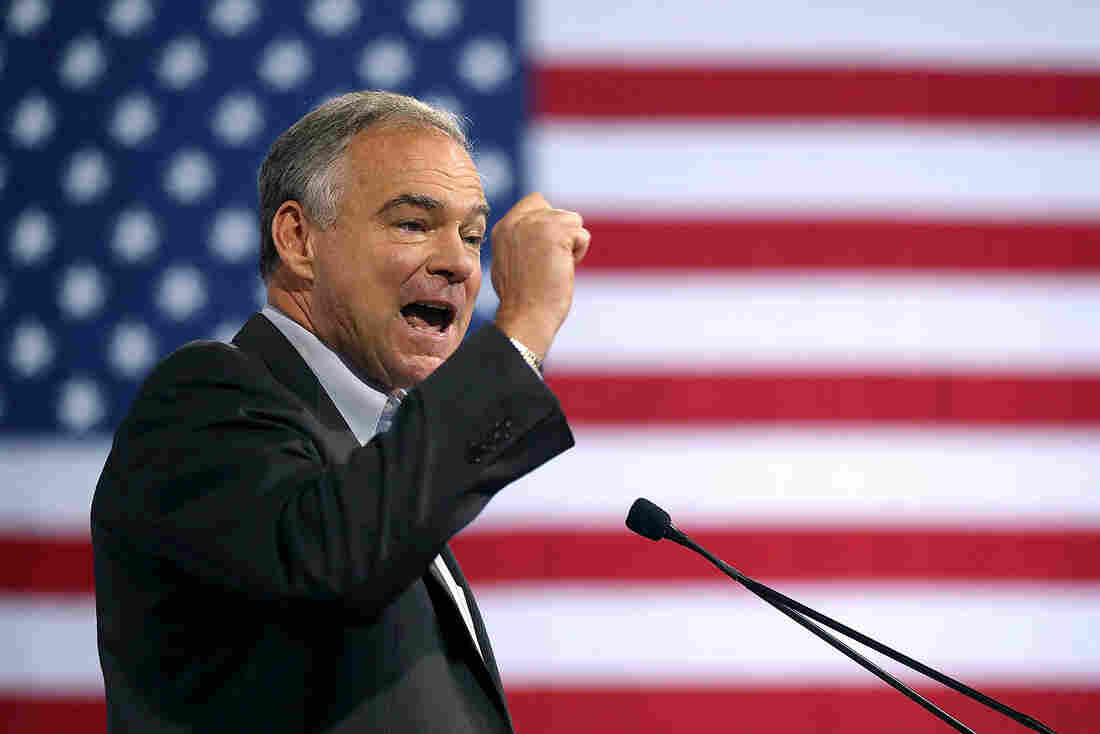 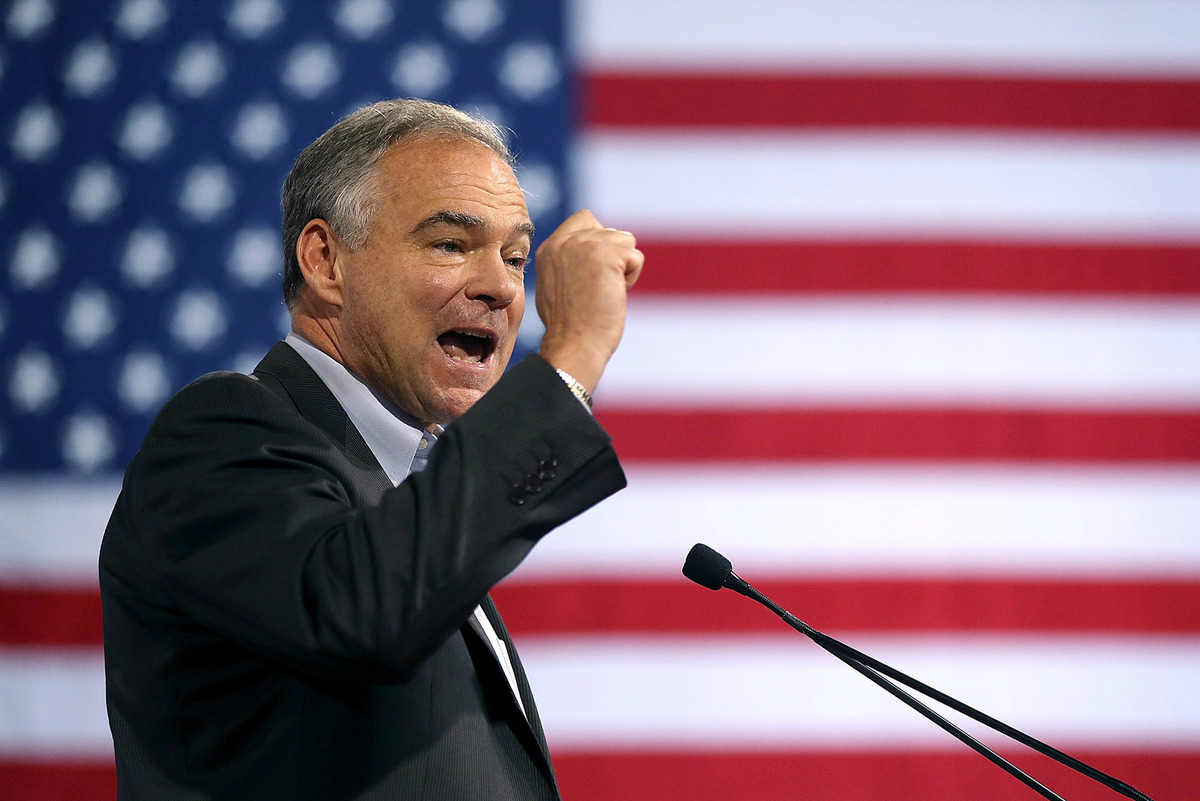 Virginia Sen. Tim Kaine counted health care policy among his chief concerns at a campaign rally for Hillary Clinton in Miami on July 23.

As he takes the stage Wednesday night at the Democratic National Convention in Philadelphia, vice presidential nominee Tim Kaine is firmly in Hillary Clinton's camp — and his party's — on the big health care issues. Now a U.S. senator from Virginia, Kaine supports the Affordable Care Act and pushed its Medicaid expansion. He also worked to overhaul the mental health system when he was governor of Virginia.

Here are highlights and a few flashpoints of controversy from Kaine's health policy record:

A defining moment in Kaine's tenure as governor was the 2007 mass shooting at Virginia Tech, where 33 people, including the gunman — a student at the school — died.

"Somebody shouldn't be imprisoned because we won't provide funding for community mental health," Kaine said at a mental health conference in 2008, shortly after the bills were signed, according to the Virginian-Pilot in Norfolk.

Where Tim Kaine And Hillary Clinton Stand On Key Issues

The package of laws made it easier for authorities to commit someone having a mental health crisis into treatment involuntarily. They no longer had to prove the patient was in "imminent danger." Instead, the new standard only required authorities to demonstrate a "substantial likelihood" that the person could cause serious harm to himself or others.

Together, Kaine and the state's General Assembly made a down payment on longer-term reforms for the delivery of mental health and behavioral health services in Virginia, says Peter Cunningham, a professor of health behavior and policy at Virginia Commonwealth University.

As a Catholic who worked with Jesuit missionaries in Honduras in 1980, Kaine says he opposes abortion personally but supports a woman's right to choose for herself. His stance has drawn criticism over the years.

"Personally, I'm opposed to abortion and I'm opposed to the death penalty," he said on NBC's Meet the Press in June. "The right thing for government is to let women make their own decisions."

That was a change from Kaine's position in 2005, when he supported parental consent laws and bans on "partial birth" abortions, causing the Virginia chapter of NARAL Pro-Choice America to withhold an endorsement in his gubernatorial campaign. As governor, he signed a bill creating "Choose Life" license plates in Virginia, which he said was an issue of free speech.

Since then, Kaine has actively supported Planned Parenthood and opposed abortion restrictions.

In 2013, Kaine cosponsored legislation to improve access to contraception.

Kaine did not mark himself as a health care reformer when he was Virginia's governor, but his 2006-2010 term overlapped the recession when little change was happening anywhere at state or national levels, Cunningham points out.

"He was probably pretty typical of the middle-of-the-road Democratic governors in sort-of-purple states," Cunningham says. "When the recession hit, that precluded any other major health reform effort that he might have contemplated."

Kaine supported Obamacare when he ran for Senate in 2012 and has since cosponsored bills to improve the law. Kaine has pushed for Medicaid expansion in Virginia and cosponsored legislation to incentivize expansion in other states as well. Like Clinton, Kaine has proposed adjusting the federal health care law to include some low-income families that aren't currently covered — fixing the so-called family glitch. This year, he cosponsored a bill to require more businesses to provide benefits under the ACA.

Kaine has occasionally incited controversy, as in 2007 when Virginia became the first state to require all girls to get the human papillomavirus vaccine (protection against a virus that can cause cervical cancer) before enrolling in high school. In 2009, he backed a bill that banned smoking in bars and restaurants in the tobacco-producing commonwealth.

Since his election to the Senate four years ago, Kaine has cosponsored bills that would establish an advisory committee to help the FDA approve new opioids, reform guidelines for the VA regarding the prescription of opioids, protect first responders from lawsuits when they administer emergency drugs to counteract an overdose, and create a drug monitoring program for Medicare.

Many of those bills were rolled into CARA — the Comprehensive Addiction and Recovery Act of 2016, which was signed by President Obama in July. The bill bore Kaine's name as a cosponsor.