Accessibility links
Do Trampoline Parks Increase The Risk Of Injury? : Shots - Health News Injuries at the indoor parks are still dwarfed by injuries on home trampolines. But researchers warn that the parks seem to result in more serious injuries that can require admission to the hospital.

As Trampoline Parks Jump In Popularity, So Do Injuries

As Trampoline Parks Jump In Popularity, So Do Injuries 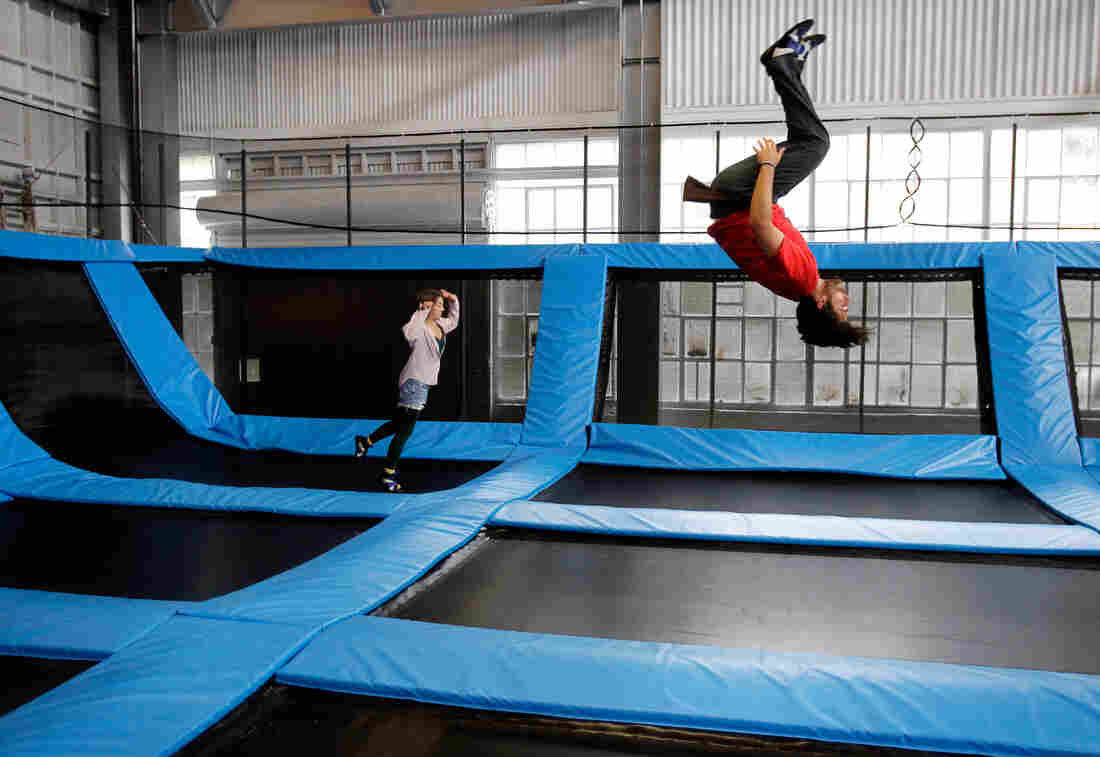 Trampoline parks like this one in San Francisco typically offer dodge ball and other activities on trampolines. Marcio Jose Sanchez/AP hide caption 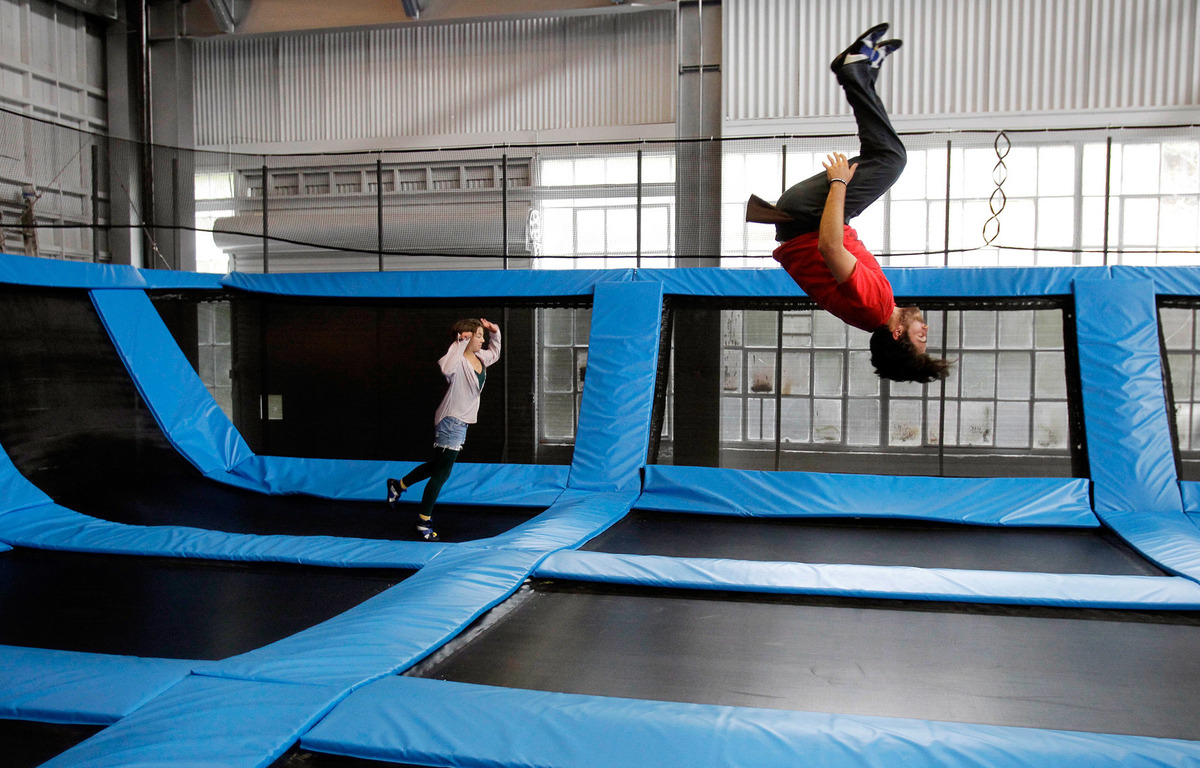 Trampoline parks like this one in San Francisco typically offer dodge ball and other activities on trampolines.

Heather Bottoms' two sons had been asking to go to a local indoor trampoline park for a while, so last September she took them. Her older son, then age 13, was jumping up and down when he bounced off the wall, fell and broke both the bones in one arm. The injury required surgery to insert two pins into his arm.

The number of trampoline-park injuries like this has soared, according to research published Monday in the journal Pediatrics. Using data from a government injury surveillance system, the study authors estimate that the number of ER visits from injuries incurred at an indoor park — typically a series of connected trampolines in a big room surrounded by padded or trampoline walls — rose from fewer than 600 in 2010 to 6,932 in 2014.

The International Association of Trampoline Parks notes, however, that there were an estimated 50 million North American visits in the past year to the parks, which are becoming increasingly popular.

Despite that, most injuries still occur on home trampolines, the use of which the American Academy of Pediatrics "strongly" discourages. And the overall number of annual ER visits for trampoline-related injuries held steady over the study period, averaging about 91,750.

"Our concern is that there are more serious trampoline injuries [at parks] than on home trampolines," says Kathryn Kasmire, a pediatric emergency medicine fellow at the Connecticut Children's Medical Center and the University of Connecticut and an author of the study.

Almost 9 percent of park injuries required hospital admission, compared with 5.2 percent of injuries from home trampolines. Admission usually suggests that surgery was needed or that the patient was in serious pain, Kasmire says. Trampoline park injuries made up 11 percent of all 2014 ER visits for trampoline injuries where the location was known.

While sprains and fractures were the most common injuries at both homes and parks, those at parks were more likely to involve a dislocation. The indoor parks resulted in more lower-extremity injuries and fewer upper-extremity and head injuries than home trampolines.

That corresponds with what Katherine Leaming-Van Zandt, an emergency medicine physician at Texas Children's Hospital, has seen in her ER. "I don't think parents realize how significant the injuries can be or how frequently they occur," she says, adding that parents may be lulled into complacency, thinking that supervision by park employees will keep their kids safe.

But it's not always enough. Bottoms, who lives in Owasso, Okla., says she fully understands that trampoline parks carry risks. "Anybody can get hurt anywhere, doing anything," she says. But she says no one at the park helped her son or performed first aid after the injury. She had to set the fracture herself with the ice scraper from her car.

The IATP, which represents the trampoline park industry, said in a statement it welcomes studies like this one that "provide a deeper understanding of safety issues." But it noted that with industry growth from 25 parks in 2010 to more than 350 in 2014, the increase in the number of injuries isn't surprising. The rate at which injuries occur, it said, is more meaningful than raw numbers. "We believe that the positives of youth recreational sports far outweigh the negatives, and we are actively engaged at programs aimed at promoting the safety and well-being of jumpers who visit our member parks," it said.

It's important for kids to have fun and get exercise, says Kasmire. "But there is no activity in which a kid is getting exercise that is risk-free." If your children go, "you should be cautious," she says. Go at a less busy time. Supervise your kids yourself, and make sure there's just one jumper per trampoline. Don't allow flips. And if you have younger children, look for a park with a designated area that keeps them separate from bigger kids.

And make sure to be careful yourself, if you decide to take a bounce — 19 percent of trampoline park injuries were in adults.