Accessibility links
With Zika in Miami, What Should Pregnant Women Across The U.S. Do? : Shots - Health News Federal health officials are cautioning pregnant travelers to avoid a Miami neighborhood where at least 14 cases of the virus have been traced to local mosquitoes. What about the rest of Florida? 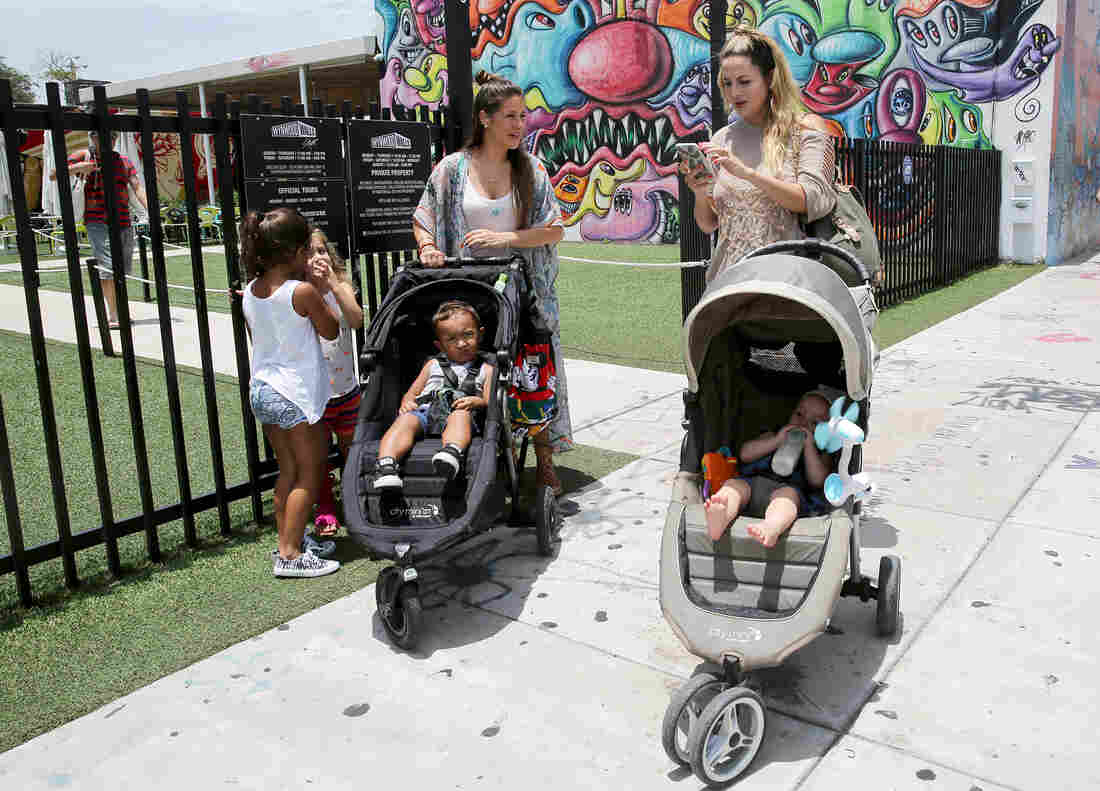 Vanessa Gomez (left) with her son Ezra, 2, and her friend Cristy Fernandez with her 9-month-old-son River, in the Wynwood neighborhood of Miami. At least 14 people likely caught Zika from mosquitoes in the neighborhood, health officials say. Gomez calls that news "scary," but adds, "we cannot stop living our lives." Marta Lavandier/AP hide caption 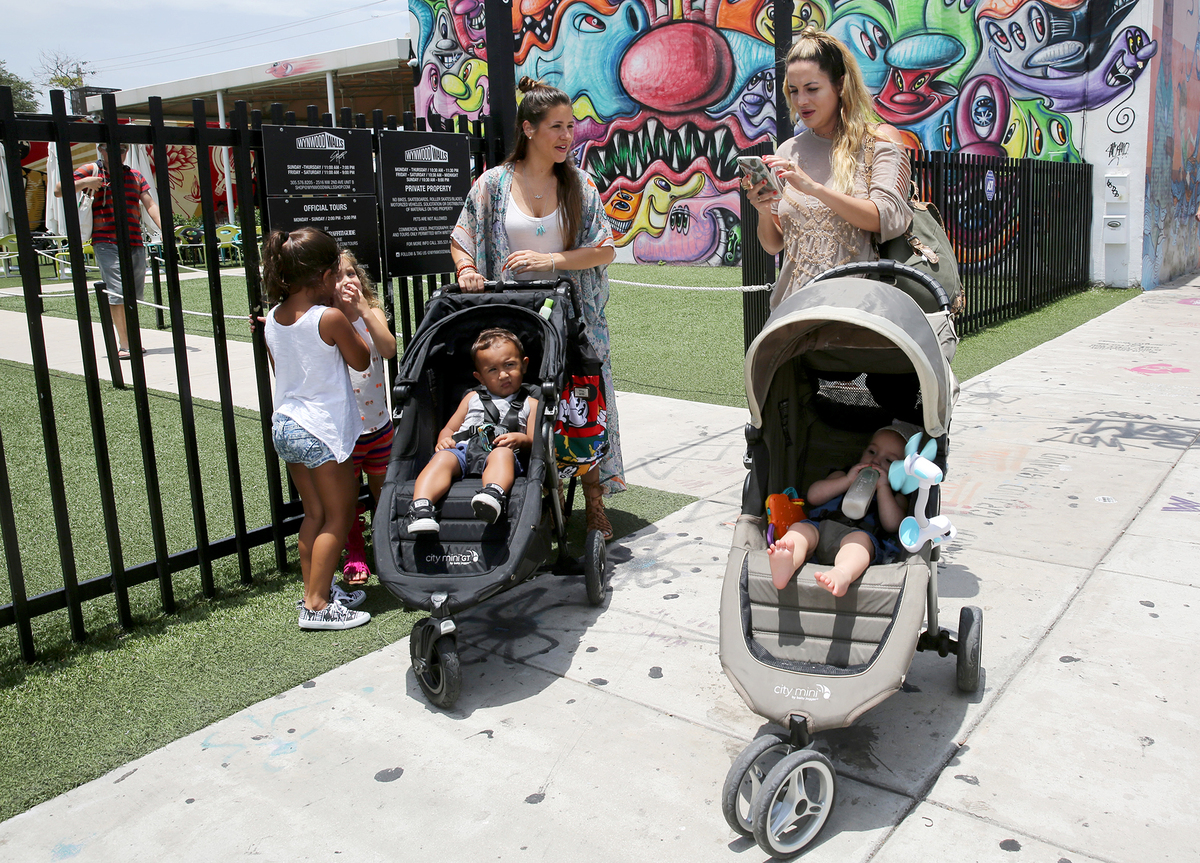 Vanessa Gomez (left) with her son Ezra, 2, and her friend Cristy Fernandez with her 9-month-old-son River, in the Wynwood neighborhood of Miami. At least 14 people likely caught Zika from mosquitoes in the neighborhood, health officials say. Gomez calls that news "scary," but adds, "we cannot stop living our lives."

It's official. The Zika virus has established a toehold in Florida.

Fourteen people likely caught Zika in a neighborhood north of downtown Miami, health officials said Monday. That means mosquitoes in that area have picked up the virus and are spreading it.

Zika can cause severe birth defects if a woman is infected at anytime during pregnancy.

So the Centers for Disease Control and Prevention is doing something it has never done before: issuing a travel advisory to a part of the continental U.S. because of an outbreak of an infectious disease.

Pregnant women should avoid travel to an approximately 1-square-mile area in the Wynwood Arts District of Miami, the CDC said Monday.

"We advise ... pregnant women who live and work in this area and their partners to make every effort to avoid mosquito bites and practice safe sex," said CDC Director Thomas Frieden.

If expectant mothers have been in the area anytime after June 15, they should be tested for Zika, Frieden added. Couples who have traveled to the affected area should wait at least eight weeks before trying to get pregnant.

Other doctors around the country are being even more cautious than the CDC.

"I think for now we need to be cautious, and I'm not sure in good faith could recommend a pregnant woman travel to that area of Florida right now," Silverman says. He adds that he plans to test all pregnant patients who have traveled to Miami-Dade and Broward counties for Zika.

Doctors at Baylor College of Medicine in Houston are considering expanding their travel advisory to all of Florida.

"There have been no official recommendation changes," said Dr. Martha Rac, an OB-GYN at Baylor in Houston. "I anticipate there will be travel warnings put out against all of Florida for pregnant women or for those attempting to become pregnant."

Frieden says the CDC limited its advisory to the small area where cases were found because the mosquito that spreads Zika — Aedes aegypti — can't fly very far.

"We can't predict the future, but we do know that the Aedes aegypti mosquito travels only about 150 meters [about 500 feet] maximum in its life," Frieden said. So he expects the current outbreak will be contained inside the small neighborhood.

Health officials have been trying to eliminate mosquitoes in the Wynwood neighborhood for weeks, but a "moderately high" number were still there Monday, Frieden says.

"In Miami, aggressive mosquito control effects don't seem to be working as well as we would have liked," he said.

But still, the chance of getting Zika around Miami is "very, very low," says Ashish Jha, who directs the Harvard Global Health Institute.

He thinks the CDC made the right decision by limiting the alert to just a small region.

"The CDC is walking a tightrope," Jha says. "Most people who go to southern Florida today are not going to be bitten by a mosquito that's infected," he says.

"You also don't want to create panic when you don't have the evidence that the disease is spreading elsewhere," Jha added.