Accessibility links
Four States Don't Allow The Insanity Defense At All : Shots - Health News Four states have no insanity defense. Advocates say that means seriously ill people can be executed where in other states they wouldn't be convicted at all, and it makes it harder to get treatment.

With No Insanity Defense, Seriously Ill People End Up In Prison

With No Insanity Defense, Seriously Ill People End Up In Prison 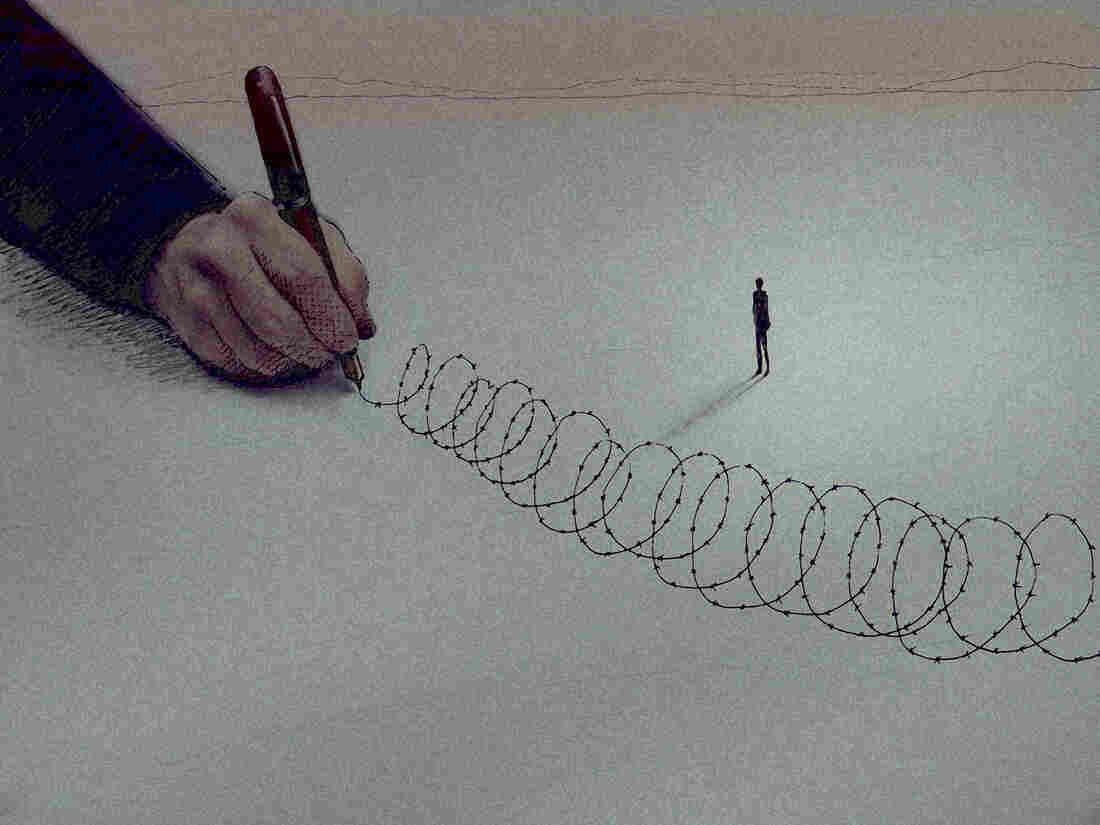 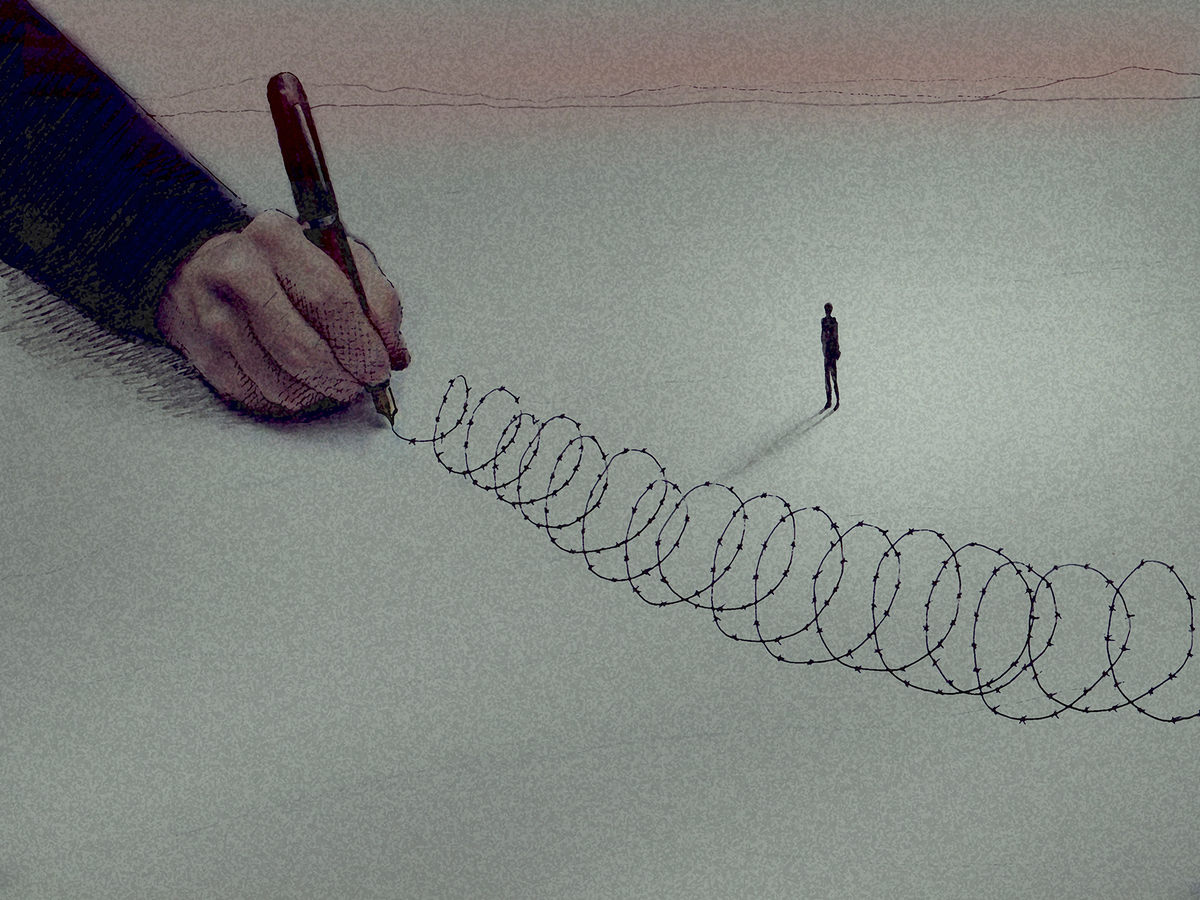 In light of John Hinckley Jr.'s release from a psychiatric hospital 35 years after attempting to assassinate President Ronald Reagan, Shots is exploring the use of the not guilty by reason of insanity plea. We're talking with legal and medical professionals about how the plea works, and how it doesn't work. In this fourth of a four-part series, we look at what happens to defendants when a state has no insanity defense.

On the evening of March 8, 2016, 30-year-old Kyle Odom was arrested in Washington, D.C., for throwing objects over the White House fence. He'd traveled from Idaho, where authorities suspected him of shooting and wounding Idaho pastor Tim Remington in a church parking lot days earlier.

Shortly after his arrest, an Idaho television station released a 30-page manifesto believed to have been sent by Odom. In the letter, the writer claims his life was ruined by "an intelligent species of amphibian-humanoid from Mars" using humans as sex slaves. The manifesto included drawings of the aliens and a claim that President Obama and Remington were aware of or involved in the Martians' plot. 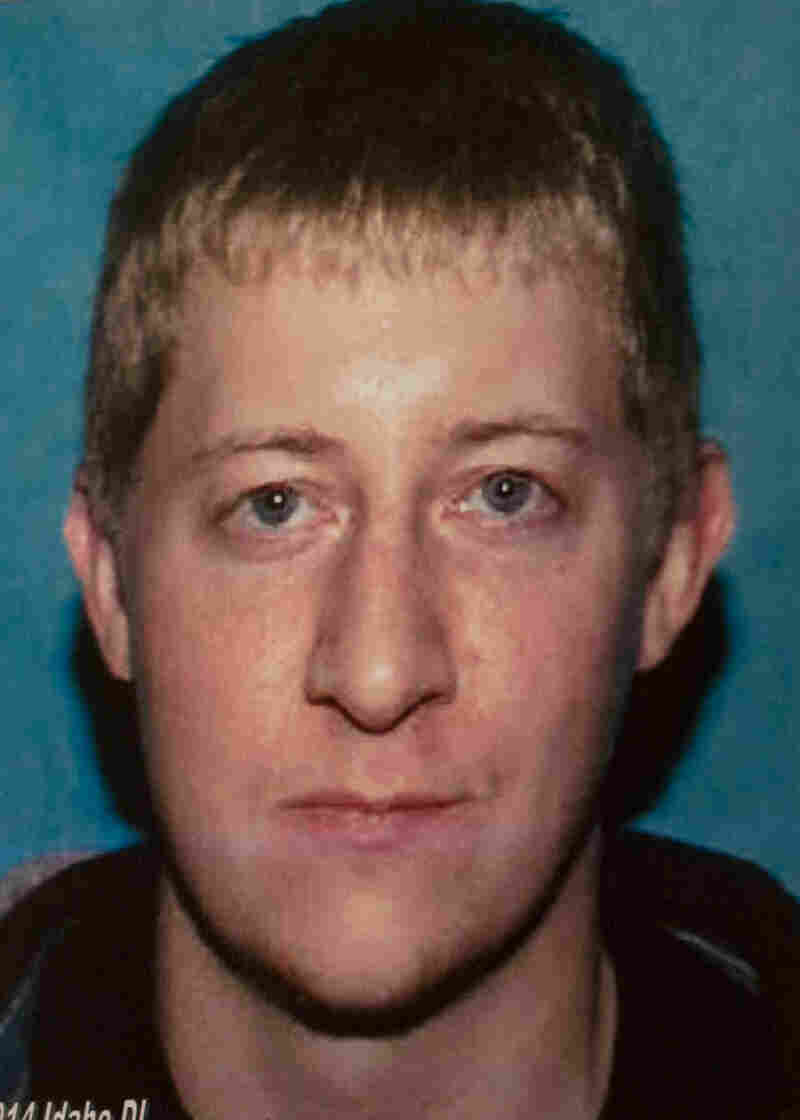 Kyle Andrew Odom, in a photo taken by the Coeur d'Alene, Idaho, police department. He was charged with shooting a pastor. Coeur d'Alene Police Department via The Spokesman-Review/AP hide caption 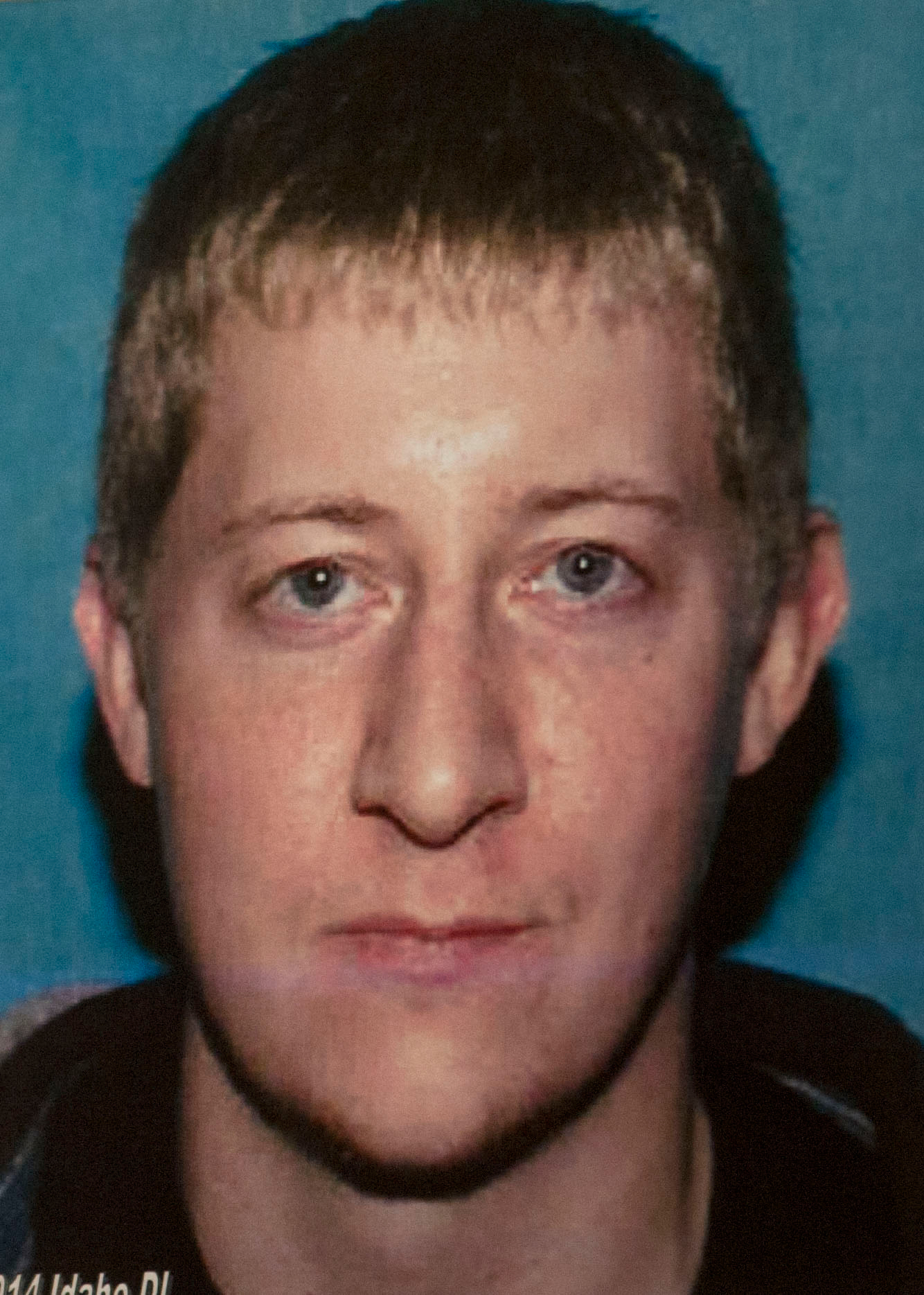 Kyle Andrew Odom, in a photo taken by the Coeur d'Alene, Idaho, police department. He was charged with shooting a pastor.

Odom was extradited to Idaho, and in early July, mediation of his case began before a judge rather than going to trial before a jury. Forgoing a trial is typical for cases in Idaho involving mental illness, says August Cahill, a recently retired chief deputy of the Ada County Public Defender's Office in Boise, Idaho. The state is one of four, along with Montana, Utah and Kansas, with no insanity defense. The cases "don't go to trial because ultimately, what are you going to say to the jury?" asks Cahill. "You'd say, 'Yes, my client killed this person....' You don't have a defense."

Because Idaho has no insanity defense, defendants with mental illness typically plead guilty to lesser charges and rely on judges to take mental health into account at sentencing. Some lawyers and psychiatrists say this doesn't provide enough protection against the death penalty or long incarceration. As professor Aliza Cover of the University of Idaho Law School explains, "In Idaho, you have the unusual circumstance that someone who couldn't even be convicted in another state could be executed."

The prosecutor in Odom's case, deputy prosecuting attorney Jed Whitaker, says he can't discuss the ongoing mediation, but that the state does offer protections for the mentally ill. "A mental health court is a way that you can prosecute and help people who have a mental illness without necessarily sending them to prison for their crimes," Whitaker says.

Apparent letter from Kyle Odom to @KHQLocalNews - wrote extensively about Martians. Sent pics of what to look for. pic.twitter.com/ROVXVKflq6

Mental health courts, which are part of a nationwide network, generally rely on volunteer judges, attorneys, mental health specialists and coordinators to help people with mental illness get mental health care and a plan to support themselves without crime or substance abuse. Whitaker, who has participated in his county's mental health court, says the court meets once a week to discuss each of the 40 to 50 people enrolled, who ultimately leave the program in a graduation ceremony.

"At least from my point of view, the mental health court catches a few people that would otherwise be in prison," says Whitaker. Nonetheless, he adds, "I still see mentally ill people go to prison here."

Part of the reason for that, according to psychiatrist Camille LaCroix, who has served as an expert in Idaho cases involving mental illness, is that the mental health court typically does not accept violent offenders or people who committed sex crimes. These people instead end up in prison, where LaCroix says they receive treatment in an atmosphere that makes progress difficult: "A prison is not a therapeutic environment. You have been found guilty. You are being punished."

Having no insanity defense also affects people with mental illness who don't commit crimes, LaCroix argues, because it means less money goes into developing mental health facilities outside of prisons — the typical destination for people found not guilty by reason of insanity in other states. "The severely mentally ill end up rotating through jail" in states without insanity defenses, she says. "If you have the insanity defense, you're then forced to get appropriate infrastructure."

As of 2012, Idaho had the lowest number of psychiatrists per capita in the country, and the state has consistently had one of the highest suicide rates nationally.

A judge approved John Hinckley Jr.'s release from a psychiatric hospital 35 years after he was judged not guilty by reason of insanity for attempting to assassinate President Ronald Reagan. This series explores how the insanity plea works, or doesn't.

The American Bar Association and the American Civil Liberties Union have partnered in Idaho to lobby for a law banning the death penalty for the severely mentally ill. (LaCroix is involved in the initiative.) Kathy Griesmyer, a policy strategist with the ACLU, says if a law is passed, it could remove up to two of the nine people in Idaho awaiting the death penalty from death row. But the initiative would not change the state's lack of an insanity defense.

In 2012, the U.S. Supreme Court declined to review a case that would have forced a consideration of whether or not states without an insanity defense violate the U.S. Constitution. Justices Stephen Breyer, Sonia Sotomayor and Ruth Bader Ginsburg dissented from the decision.

Cahill was a defense attorney in the case. Another recent case of his, which involved mental illness, is being appealed in Idaho. Cahill hopes that case will reach the U.S. Supreme Court and that the justices will agree to hear it, though he knows the odds are not in his favor. "I'm being realistic," he says. "I don't think [the law] is going to change. But if I don't keep fighting this battle, then it doesn't."