Accessibility links
Age Better By Muscling Up Twice A Week : Shots - Health News The government recommends that adults engage in two sessions a week of resistance training to maintain muscle and prevent injury. Most of us aren't getting close to that, but it's easy to catch up. 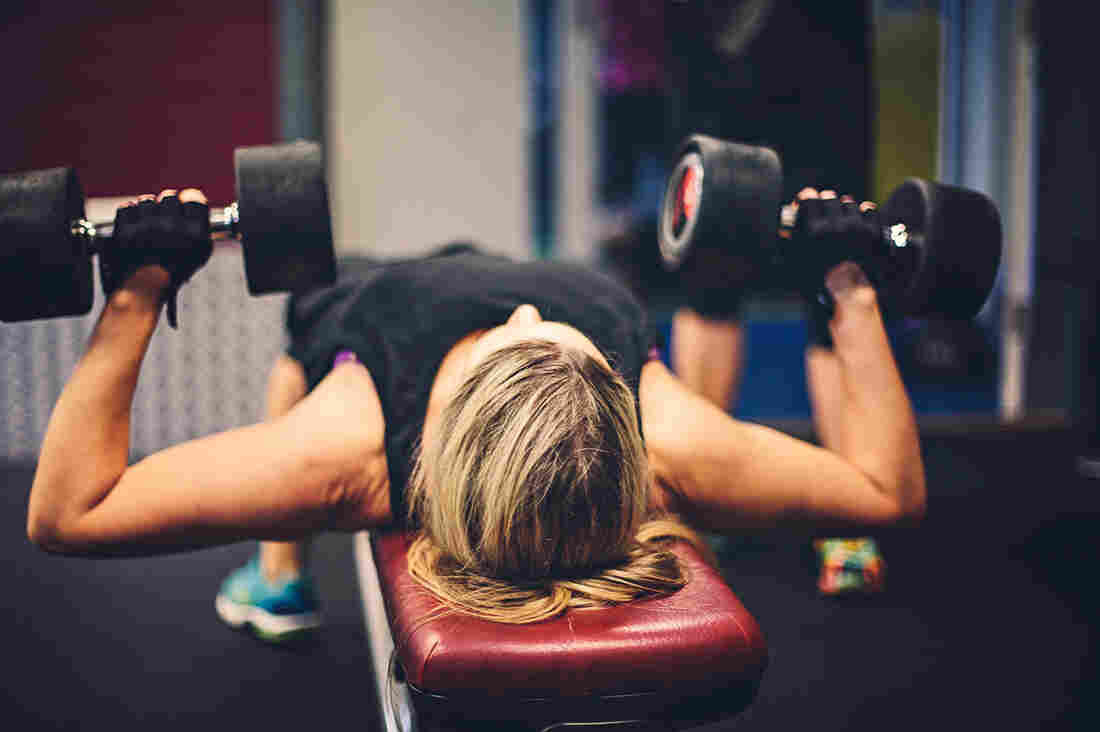 Try it, you'll like it. Sally Anscombe/Getty Images hide caption 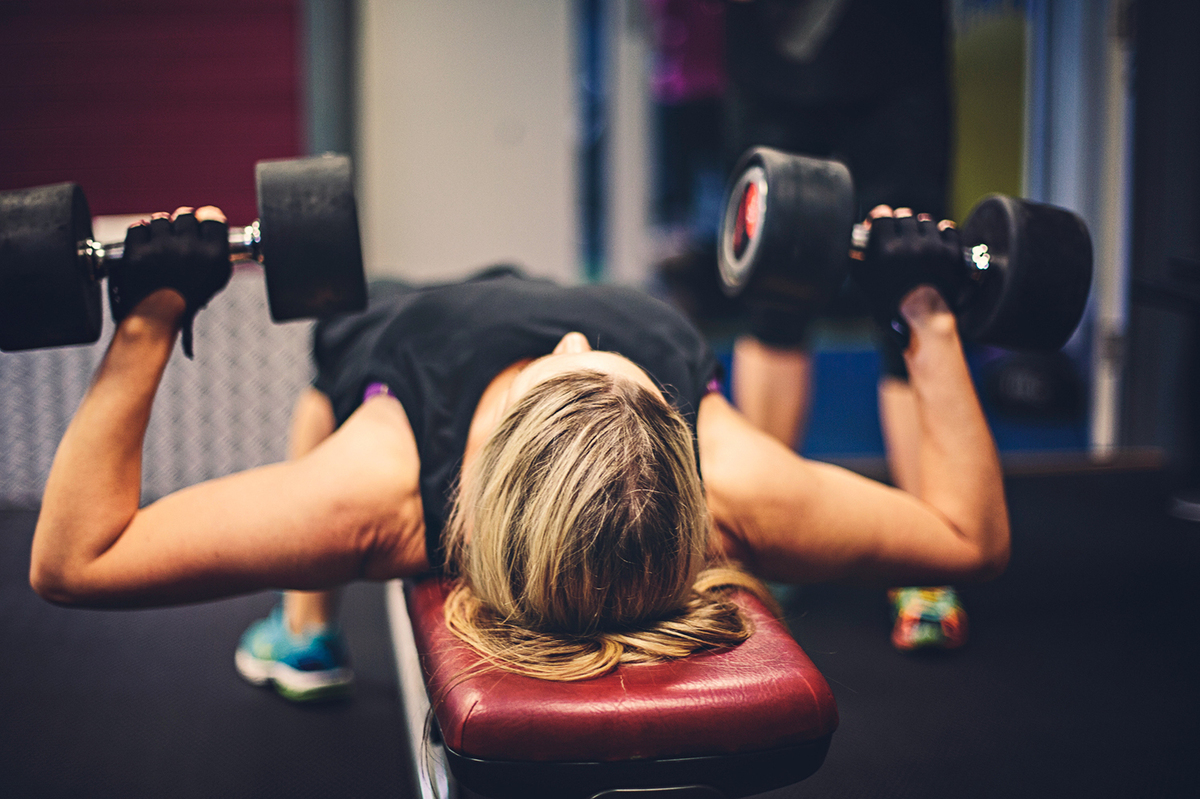 For years I was a totally lopsided exerciser.

I did aerobic workouts until the cows came home, easily meeting the government's recommendation of 150 minutes of moderate-intensity or 75 minutes of vigorous-intensity exercise per week. But I rarely picked up a dumbbell or did a pushup. I definitely didn't follow the government's advice to work out all my major muscle groups with resistance training at least twice a week.

The Centers for Disease Control and Prevention recommends using a weight that feels challenging after 10 repetitions.

I wasn't the only one falling short on that front. Federal data show that, overall, adults do a much better job of meeting the requirements for aerobic activity than both aerobic and strength training.

That discrepancy is more pronounced among women. Among women ages 25 to 64, for example, 49 percent report getting the recommended amount of aerobic exercise, while just 18 percent report meeting the guidelines for both types of exercise. Among men in the same age range, those figures were 53 percent and 25 percent.

That's too bad. There's evidence that both types of exercise have many common benefits, such as a lowered risk of Type 2 diabetes, says Stuart Phillips, a professor of kinesiology at McMaster University in Hamilton, Ontario. But he says that only resistance training — or possibly heavier, weight-bearing aerobic exercise — seems to alleviate the risk of osteoporosis.

Keeping up muscle mass as you age also helps you keep up the activities of everyday life and prevents injuries when you're older. "If you can maintain or preserve some of that muscle mass, your risk of sarcopenia is lower, and we believe there's a lower risk of falling and fracturing bones," says Roger Fielding, director and senior scientist of the Nutrition, Exercise Physiology and Sarcopenia Laboratory at Tufts University's Jean Mayer USDA Human Nutrition Research Center on Aging.

This move works your calves, lower legs and ankles. Push up on the balls of your feet, hold it for two seconds, then return to the floor.

Women outlive men, on average, but often spend their final years in institutional care because of their inability to perform those basic tasks and live independently, says Phillips. (If that long-term motivation isn't enough, consider the effects it may have on your current exercise routine. Research suggests strength training can improve running economy in high-level athletes, for example.)

So how do you actually start a strength-training program? There are a ton of online resources with sample workouts for beginners. You can also take advantage of a free one-time walkthrough at a local gym or YMCA to help get the lay of the land, says Jacque Crockford, an exercise physiologist with the American Council on Exercise and spokesperson for the group.

The U.S. government's recommendation is for two full-body sessions a week; Phillips says three times a week is even better. After that, returns tend to diminish. And his own research suggests that the debate over whether the ideal is fewer reps of heavier weights or more reps of lighter weights may be overdone. "It probably matters very little what type of weight, very heavy or light, as long as you lift to a point where you'd grade the effort you're putting in at 8 or 9 out of 10," he says.

Crockford says for general muscular fitness, one to two sets of 12-15 reps with a weight that feels challenging at the end is a good rule of thumb.

One benefit that may be overlooked is how resistance training makes you feel. When I finally did start lifting regularly, I noticed how satisfying it was to be able to carry my groceries more easily or lift a UPS package with the "heavy" sticker on it. The experts I spoke with say that is common. Crockford says: "There's a confidence and independence that comes from being stronger."