Accessibility links
Will Your Prescription Meds Be Covered Next Year? Better Check! : Shots - Health News Insurers have released the latest lists of prescription drugs they won't cover in 2017. Express Scripts is excluding 85 drugs and CVS Caremark, 131. Some drugs for diabetes and asthma are out. 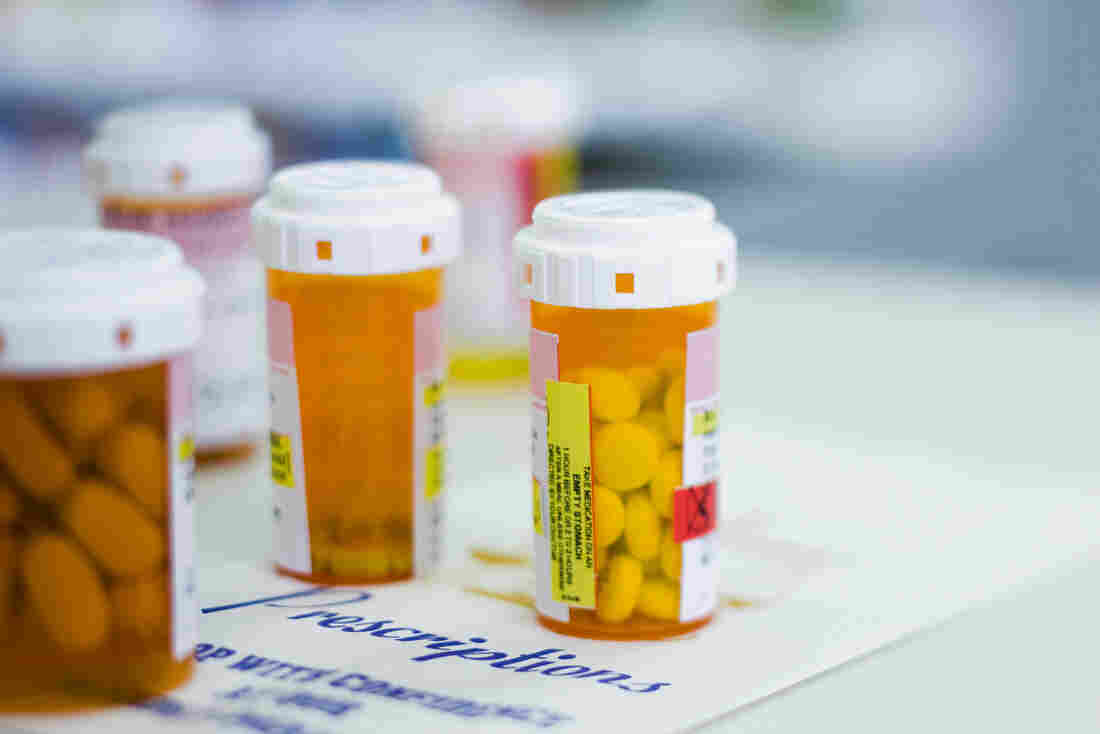 Express Scripts assures patients it has a policy of not putting cancer medicine or mental health drugs on the list of products it excludes from its formulary. Fuse/Getty Images hide caption 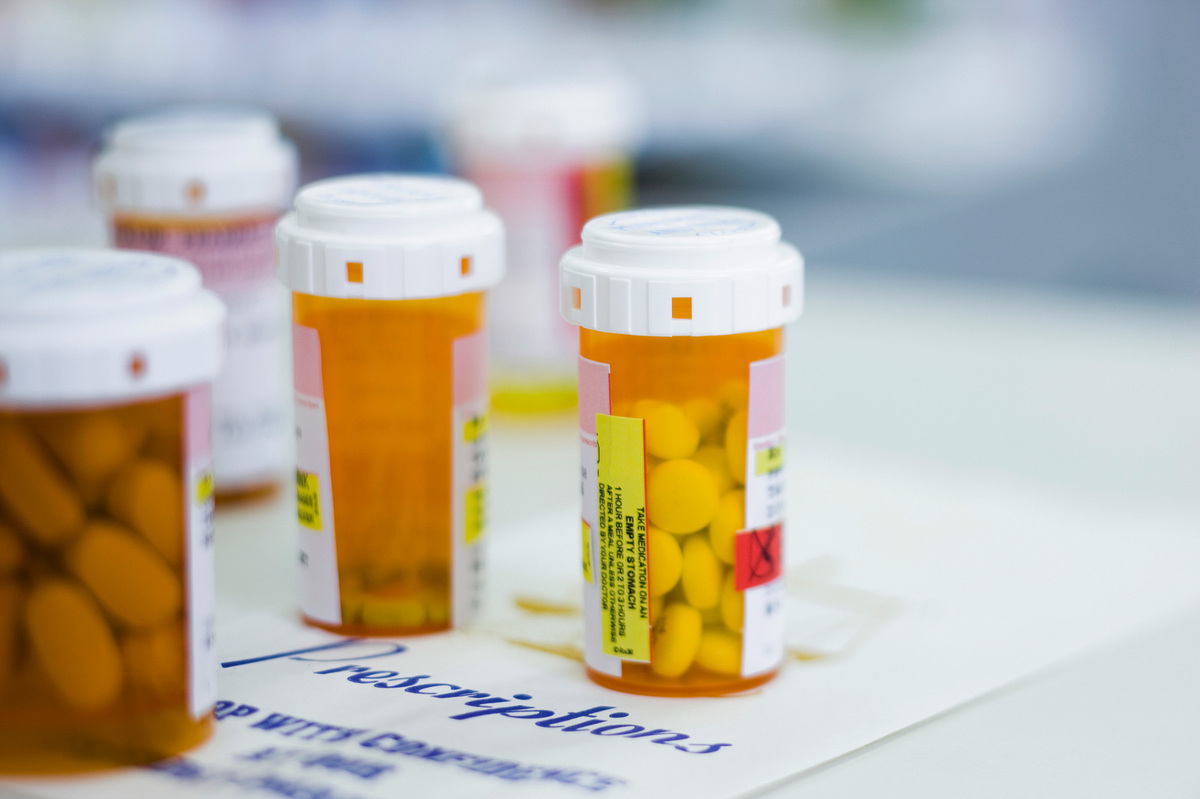 Express Scripts assures patients it has a policy of not putting cancer medicine or mental health drugs on the list of products it excludes from its formulary.

The battle continues to rage between drug companies that are trying to make as much money as possible and insurers trying to drive down drug prices. And consumers are squarely in the middle.

That's because, increasingly, prescription insurers are threatening to kick drugs off their lists of approved medications if the manufacturers won't give them big discounts.

CVS Caremark and Express Scripts, the biggest prescription insurers, released their 2017 lists of approved drugs this month, and each also has long lists of excluded medications. Some of the drugs newly excluded are prescribed to treat diabetes and hepatitis. The CVS list also excludes some cancer drugs, along with Proventil and Ventolin, commonly prescribed brands of asthma inhalers, while Express Scripts has dropped Orencia, a drug for rheumatoid arthritis.

"We've talked to dozens and dozens of people who find themselves at the pharmacy counter, shocked to find out that the drug is no longer covered," she tells Shots. Patients can appeal the decision in individual cases, but that process can be arduous.

CVS Caremark has been the more aggressive of the two prescription insurers, listing roughly 130 drugs on its "we won't pay" list. Express Scripts lists 85 and has a policy of not banning cancer drugs or mental health medications.

The threat of kicking drugs off their covered lists — which are known as formularies — is a powerful way to drive discounts, says Adam Fein, CEO of the Drug Channels Institute and author of a blog on prescription drug markets.

"Exclusions are one reason why discounts have been growing," he tells Shots.

Express Scripts and CVS Caremark only started actively using their lists this way in 2012. Both firms claim they've already extracted huge savings for their customers: the health insurance companies and private corporations who hire them to manage their prescription drug plans.

CVS says its formulary management will save its customers $9 billion over the next five years.

For 2017, the company has excluded nine drugs that it deems "hyper-inflationary" — defined as "products with egregious cost inflation that have readily available, clinically appropriate and more cost-effective alternatives," says Carolyn Castel, a spokeswoman for CVS Caremark.

The company specifically looks at drugs whose prices more than triple over three years, Castel says.

Those drugs include three skin creams that combine an over-the-counter ingredient, such as hydrocortisone or aloe, with a generic prescription drug to make a new and expensive brand name medication.

CVS manages prescription coverage for about 75 million people. For the first time in 2017 it is dropping from its list two so-called biologic drugs — the diabetes drug Lantus and Neupogen, a medicine commonly given to patients undergoing chemotherapy to help boost white blood cells and immunity. Instead, the company will pay for alternatives known as biosimilars. It was an important move; because of the way these drugs are made, biosimilars aren't exact equivalents of the medications they replace.

But that's part of the strategy of formulary exclusions. The managers of pharmacy benefits pit brand-name drugs that treat the same condition against each other, rather than waiting for generic drugs to come on the market and drive prices down.

Express Scripts covers about 85 million people, according to a recent investor presentation. Spokesman David Whitrap says the company tried to avoid excluding drugs; he recognizes the exclusions are an inconvenience to patients.

"Express Scripts will only ask members to switch their medication if there is a clinically equivalent alternative," he tells Shots, "and only if that switch delivers a significant cost savings for their employer."

For patients, the inconvenience can be minor, or it can be a real medical issue.

"From a consumer standpoint, you can wind up with a much bigger headache, with a lot more time invested in trying to sort out your prescriptions," says Gill.

That's because when the excluded medications don't have generic alternatives that pharmacists can substitute automatically, patients have to go back to their doctor to get a prescription for a new drug.

"It's a tricky trade-off," says Jack Hoadley, a professor and researcher at Georgetown University's Institute for Health Policy. "Am I getting enough of a discount to offset the inconvenience?"

Sometimes the drug on the approved list doesn't work as well for some patients as the one that's been kicked off.

"You end up having to switch to a drug that your prescriber thinks is less than optimal for treating your particular health condition," Hoadley says.