Accessibility links
Who Says You Can't Win Olympic Gold At Age 42? : Shots - Health News Cyclist Kristin Armstrong, who won Olympic gold at age 42, is one of many athletes saying that high-level sports aren't just for the young. And scientists say exercise reduces aging's toll for us all. 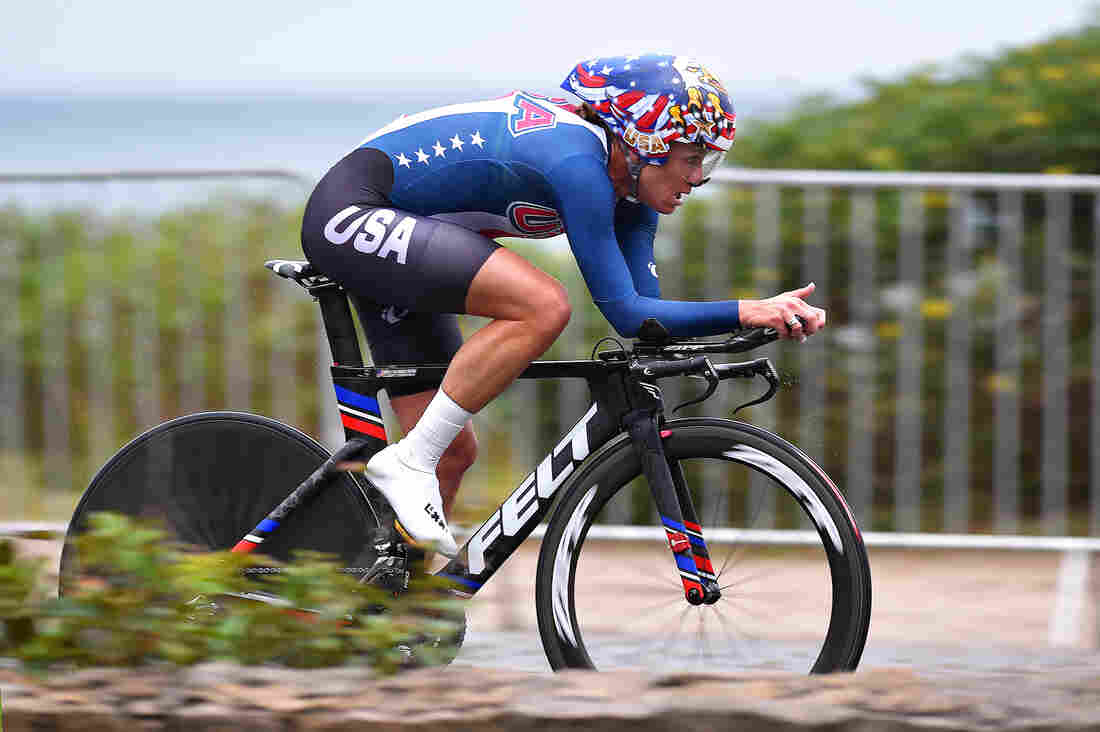 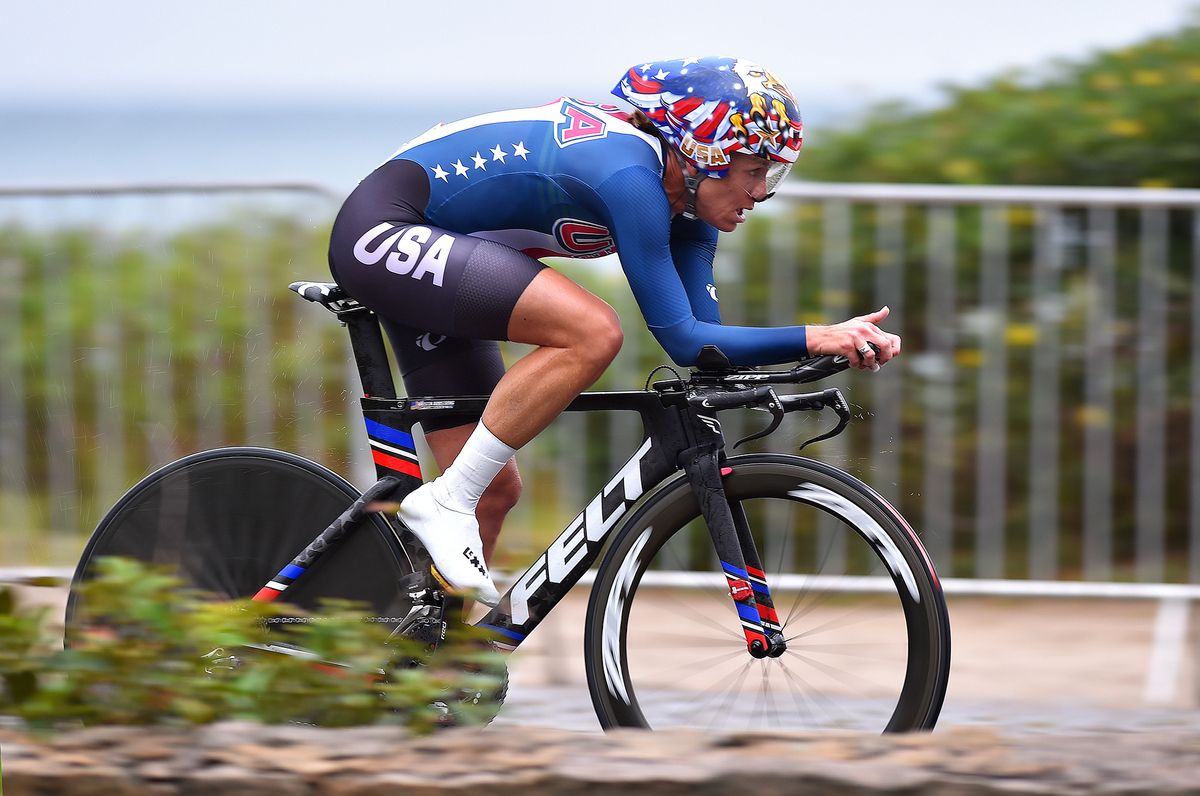 Kristin Armstrong won Olympic gold in the cycling time trial the day before she turned 43.

When Kristin Armstrong pedaled across the Olympic finish line to win a cycling gold in Rio de Janeiro, her nose was bleeding and her 5-year-old son was waiting for her.

The 42-year-old told reporters that people constantly ask why she keeps competing despite her age and multiple hip surgeries.

Her response? "Because I can."

"I think that for so long, we've been told that we should be finished at a certain age, and I think that there's a lot of athletes out there that are actually showing that that's not true," said Armstrong, who turned 43 the next day.

Usain Bolt is still the world's fastest runner at age 29; swimmer Michael Phelps won five more gold medals at age 31. And Oksana Chusovitina, a 41-year-old gymnast from Uzbekistan, has been competing in Olympic gymnastics since before most of her competitors were born. 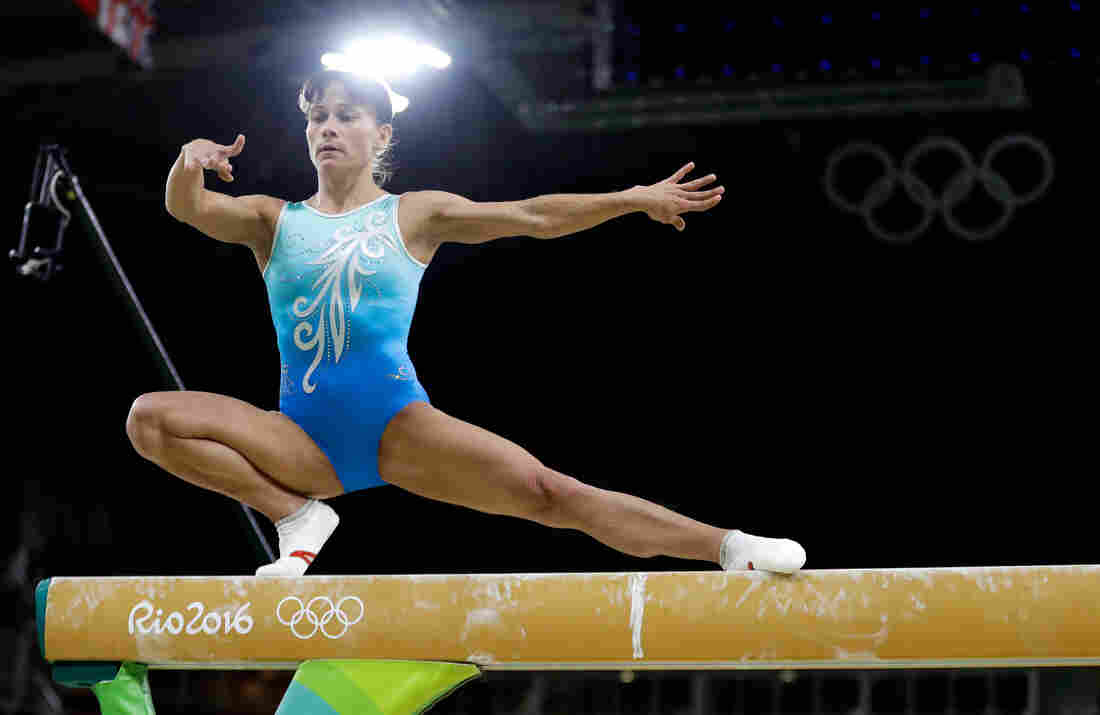 Oksana Chusovitina, 41, competed in the Olympics against gymnasts who are younger than her son. Julio Cortez/AP hide caption 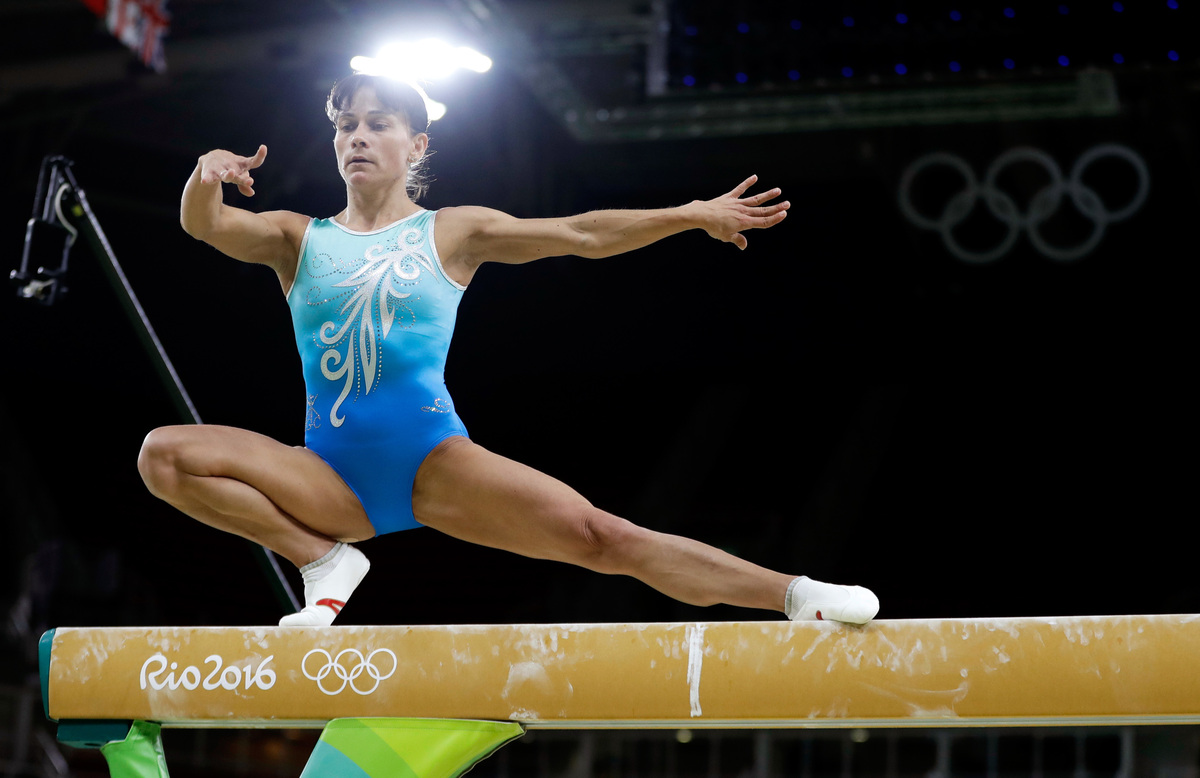 Oksana Chusovitina, 41, competed in the Olympics against gymnasts who are younger than her son.

"We used to think that individuals over age 50 might potentially be too fragile to work out hard, and research is refuting that," says Mike Studer, a physical therapist and co-owner of Northwest Rehabilitation Associates in Salem, Ore., who often works with older athletes. "And gender does not seem to have any influence on the ability to perform well as we age," he adds.

Studer says older athletes tend to need longer recovery time and might need tweaks to their training, like running underwater rather than on a road. But they have better and better equipment and training techniques at their disposal.

Studer, who is 47 years old, is training for an Ironman triathlon and was pedaling on a stationary bike while we talked.

"I've got a 69-year-old patient who I helped to train to his first marathon, and in a month and a half he's getting ready to do his second," says Studer.

There are some things that will inevitably decline with age. Small studies in mostly sedentary people have found that skeletal muscle starts to decrease by about 1 percent a year after age 40, and about 2 percent per year after 50. Nerves fire a tiny bit more slowly. And the heart, which is a muscle, loses some power with age.

"And so the amount of work that we can do in any given minute — which is a factor of how much blood the heart can kick out and how fast it can kick it out — does reduce with age as well," says Studer.

But those effects tend to be more pronounced in sedentary people. Athletes can counteract them to some extent with consistent exercise.

"They can't postpone it forever, but they can impact the degree to which they change," says Wojtek Chodzko-Zajko, an exercise scientist at the University of Illinois, Urbana-Champaign.

"I think we have an incorrect idea about the rate and extent to which physiological aging occurs. It occurs in all of us. It's inescapable and inevitable," he says. But it happens at different rates in different people, especially active ones.

What Team USA Looks Like: A By-The-Numbers Look At America's Olympians

And in some cases, says Chodzko-Zajko, age can give athletes a crucial advantage — the wisdom that comes from experience. For starters, older athletes have had plenty of time to get to know their bodies and their limits.

"An older athlete may learn how to train smarter, which helps them to avoid injury," says Chodzko-Zajko. "They may show more wisdom in strategy and tactics, and those can actually help them with respect to performance."

He says that's particularly true for endurance sports like marathons, though Bolt and Phelps continue to excel in short-distance competition.

So, he says, don't underestimate the power of experience. And if you're watching the Olympics, consider doing so from a treadmill.