Accessibility links
Aetna Withdrawal From Obamacare Exchanges Seen In New Light : Shots - Health News A July letter from Aetna CEO Mark Bertolini to the Justice Department said the company would pull back from health insurance exchanges if the government opposed the company's merger with Humana.

Aetna CEO To Justice Department: Block Our Deal And We'll Drop Out Of Obamacare

Aetna CEO To Justice Department: Block Our Deal And We'll Drop Out Of Obamacare 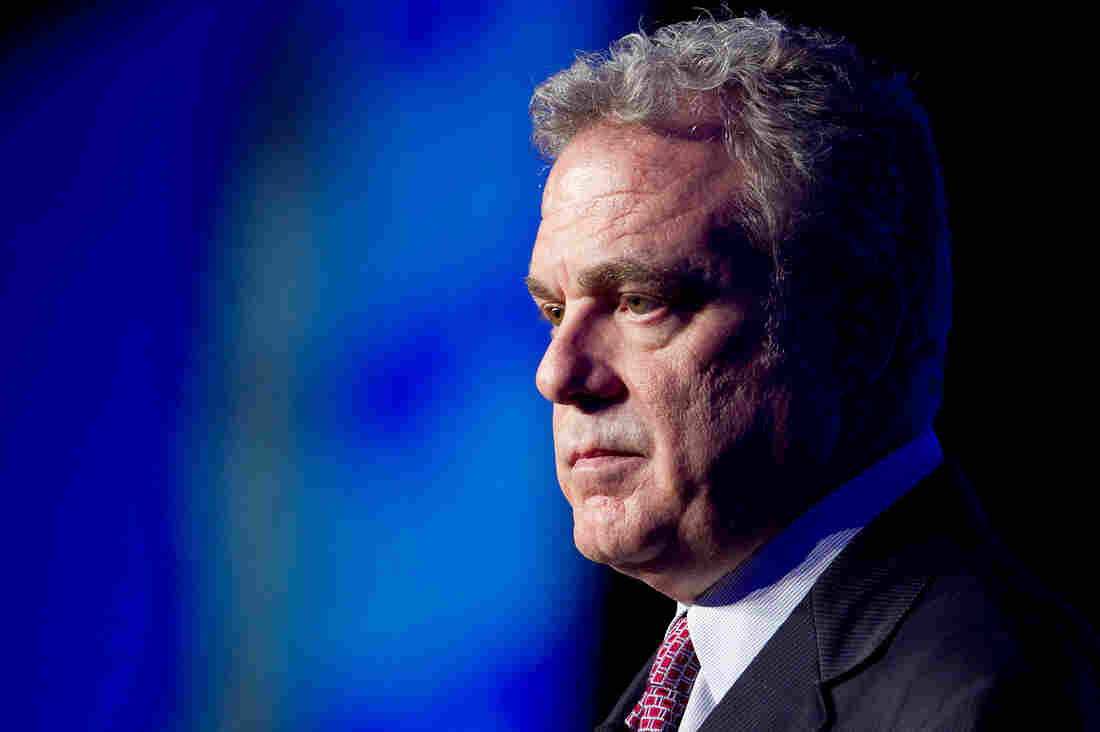 Mark Bertolini, CEO of Aetna, told the Justice Department in July that the insurer would walk away from many health exchanges if the government opposed the company's proposed deal for Humana. On Tuesday, Aetna followed through. Andrew Harrer/Bloomberg via Getty Images hide caption 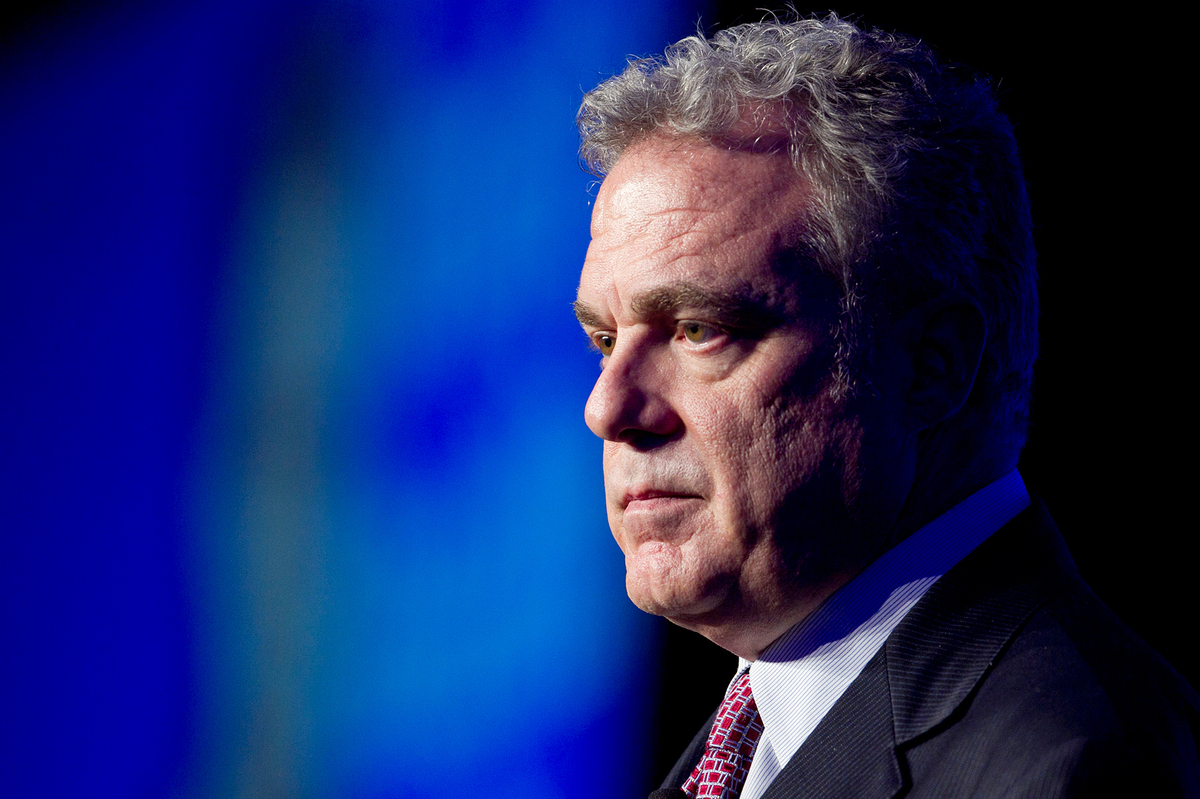 Mark Bertolini, CEO of Aetna, told the Justice Department in July that the insurer would walk away from many health exchanges if the government opposed the company's proposed deal for Humana. On Tuesday, Aetna followed through.

It's not often in the midst of an antitrust fight that the public gets a look at the gamesmanship that's happening behind the scenes.

But thanks to the Huffington Post's Jonathan Cohn and Jeff Young, we got a glimpse at how health insurer Aetna is making its case to acquire rival Humana — and new insight into Aetna's decision announced Tuesday to pull out of Obamcare exchanges in 11 states.

The reporters obtained a copy of a letter from Aetna CEO Mark Bertolini to the Justice Department on July 5. The letter was written while the government was still deciding whether to oppose the insurance companies' merger on the grounds that it (and another proposed deal between Anthem and Cigna) would hurt consumers and reduce competition.

The Bertolini letter was in answer to a Department of Justice request for information about how a decision on the Humana deal would affect Aetna's participation in the health insurance exchanges created by the Affordable Care Act.

The letter is pretty direct: If the government moved to block the merger, then Aetna would begin to pull out of the health insurance exchanges.

"Our analysis to date makes clear that if the deal were challenged and/or blocked we would need to take immediate actions to mitigate public exchange and ACA small group losses. Specifically, if the DOJ sues to enjoin the transaction, we will immediately take action to reduce our 2017 exchange footprint. We currently plan, as part of our strategy following the acquisition, to expand from 15 states in 2016 to 20 states in 2017. However, if we are in the midst of litigation over the Humana transaction, given the risks described above, we will not be able to expand to the five additional states. In addition, we would also withdraw from at least five additional states where generating a market return would take too long for us to justify, given the costs associated with a potential breakup of the transaction. In other words, instead of expanding to 20 states next year, we would reduce our presence to no more than 10 states. We also would not be in a position to provide assistance to failing cooperative exchanges as we did in Iowa recently."

The Huffington Post reporters calls the letter "a clear threat."

A little more than two weeks later, on July 21, the Justice Department said it would sue to block the Aetna-Humana deal and the other proposed megamerger between Anthem and Cigna.

On Tuesday, Aetna said it would dramatically scale back its participation on the insurance exchanges in 2017. The company move would take it out of 546 counties in 11 states, leaving it active in 242 counties in four states: Delaware, Iowa, Nebraska and Virginia.

Aetna Joins Other Major Insurers In Pulling Back From Obamacare Aug. 16, 2016

Aetna said the pullback was a business decision stemming from a loss in the second quarter on individual plans and uncertainty about the policy outlook for the exchanges.

In the company's statement, Bertolini said, "As a strong supporter of public exchanges as a means to meet the needs of the uninsured, we regret having to make this decision."

The statement made no mention of the company's pending offer for Humana nor its recent correspondence with the government about how Aetna would likely respond if the feds moved to block the deal. Aetna didn't immediately respond to a request for comment on how to reconcile Tuesday's announcement with the July 5 letter made public by Huffington Post on Wednesday.

The change in tack for Aetna is also noteworthy because Bertolini was talking up the business potential of the exchanges as recently as April, when he said during a call with analysts and investors that the exchanges were "a good investment," despite the losses incurred.

At the time, Bertolini said that Aetna was "committed to working constructively with the administration and lawmakers to find solutions that can improve this program, stabilize the risk pool, and expand product flexibility, all with the goal of creating a sustainable program that makes health care more affordable and accessible for all consumers."

Now, the company appears to be taking its ball and going home.