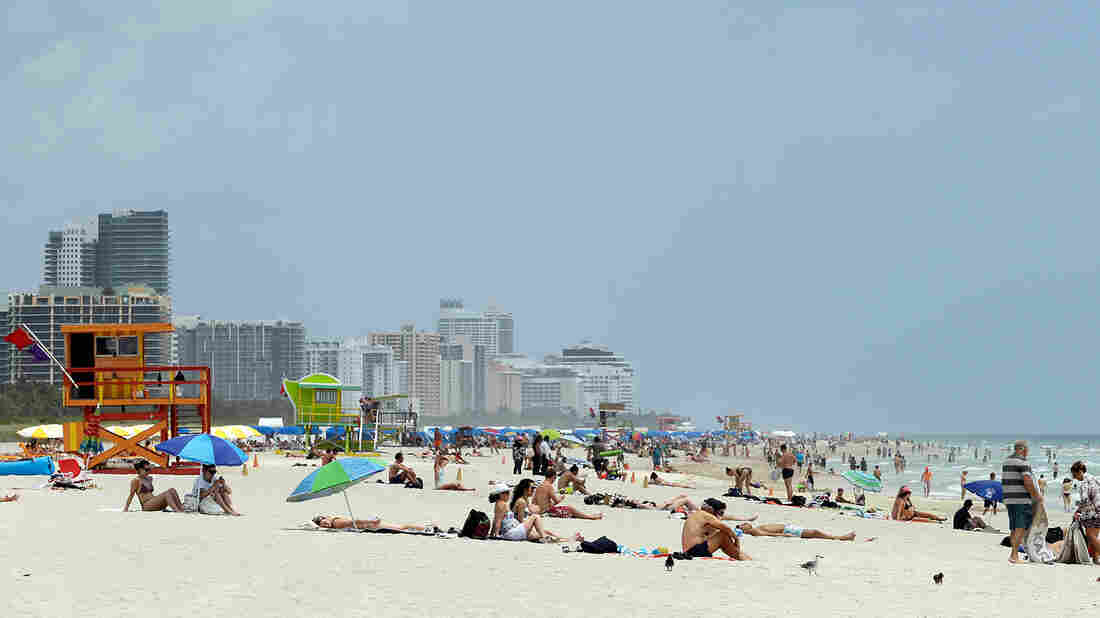 "We believe we have a new area where local transmissions are occurring in Miami Beach," Florida Gov. Rick Scott said Friday about the Zika situation in the state. Alan Diaz/AP hide caption 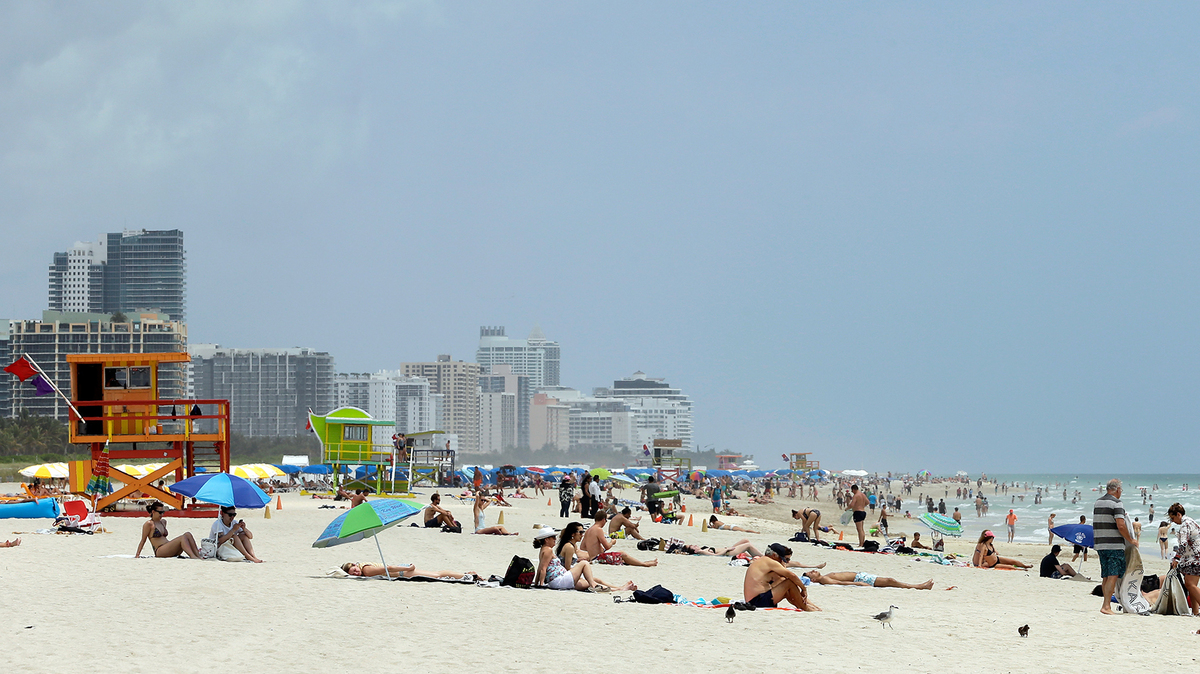 "We believe we have a new area where local transmissions are occurring in Miami Beach," Florida Gov. Rick Scott said Friday about the Zika situation in the state.

As a result, the federal Centers for Disease Control and Prevention expanded its advice to travelers, advising pregnant women to avoid the parts of Miami Beach where the virus is spreading. In addition, women and men who have traveled to the area should wait at least eight weeks to try to get pregnant even if they didn't catch Zika during their visit.

The agency also went a step further, advising pregnant women and their sexual partners "who are concerned about potential Zika virus exposure" that they "may also consider postponing nonessential travel to all parts of Miami-Dade county."

That decision to issue a warning about the entire city was prompted by the agency's concern that there may be other outbreaks in other parts of Miami-Dade that haven't been identified yet, CDC Director Thomas Frieden told reporters during a briefing.

"What we are doing is stepping back and saying, 'There have now been multiple instances of local transmission,' " Frieden said. "We will always err on providing more information to the public."

Five Zika cases have been linked to the new outbreak in Miami Beach, involving three men and two women from Miami, New York, Texas and Taiwan, officials said. That brings the total number of Zika cases that have been spread by mosquitoes in Florida to 36.

"We believe we have a new area where local transmissions are occurring in Miami Beach," Gov. Rick Scott told reporters at a news conference.

Officials believe the virus is only spreading in a 1 1/2 mile part of Miami Beach, but that area includes the much-visited South Beach area, Scott said.

The tourism industry in Florida is particularly concerned with the spread of Zika and the impact it may have on businesses. On Thursday, Scott announced measures designed to limit Zika, including offering mosquito spraying free of charge to businesses in Miami-Dade County.

"Tourism is a driving force of Florida's economy and this industry has the full support of our state in the fight against the Zika virus," Scott said in a statement.

The new outbreak comes as officials believe they are bringing the first outbreak in the trendy Wynwood neighborhood under control. Officials announced Friday they had cleared three new blocks of Wynwood because there is "no continued evidence of transmission" there. Fourteen blocks had been cleared earlier.

But Frieden noted that officials expect it will be harder to contain the outbreak in Miami beach for several reasons. The area's high-rise buildings mean the aerial spraying that has been working in Wynwood won't work in Miami Beach. In addition, it will be more difficult to convince people to wear long sleeves and pants in a part of the city where people go to spend time on the beach, he said.

The Wynwood outbreak prompted the CDC to take the unprecedented step of advising pregnant women to stay away from the area. It was the first time the CDC had ever advised people to avoid any part of the continental United States because of an infectious disease.

In response to the Miami Beach outbreak, Scott said he had requested an additional 5,000 Zika tests, additional lab personnel to expedite testing and 10,000 more Zika prevention kits for pregnant women.

Separately, Puerto Rico is reporting a surge in Zika cases. The island's health department said Friday that 2,496 more cases had been confirmed in Puerto Rico over the last week. That marks the highest weekly tally since the virus was first detected on the island in December. The health department also announced the first death in Puerto Rico from Guillain-Barre syndrome linked to Zika.

The latest cases bring the total number of laboratory confirmed Zika cases in Puerto Rico to 13,186. Of those, 1,106 are pregnant women.

Jason Beaubien contributed to this report.