Accessibility links
Loss Doulas Strive To Help Parents Cope With Stillbirth And Miscarriage : Shots - Health News Parents who lose a child to miscarriage or stillbirth often feel like they're going through it alone. But the experience is actually common in the U.S., and one group is trying to help them cope. 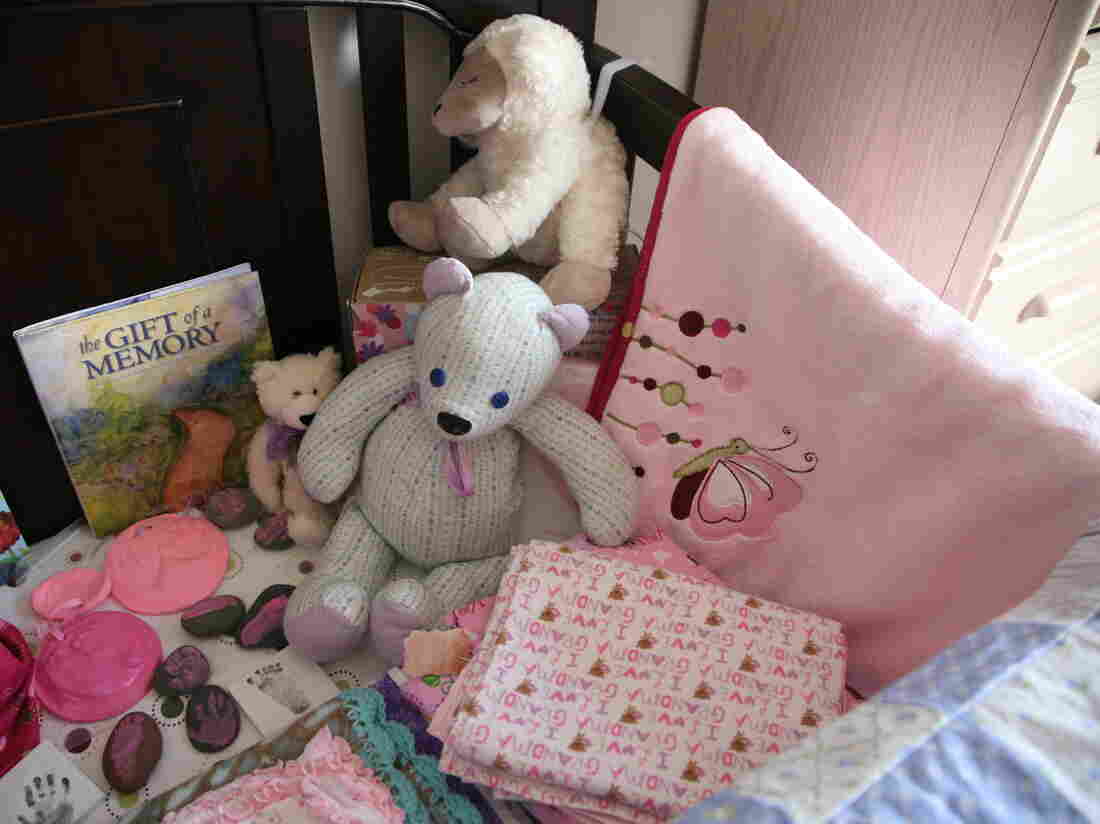 Lydia Joy Ziel, whose crib is pictured here, was diagnosed with a serious disease while still in the womb. Miscarriage and stillbirth are common, but often parents feel they're walking through the experience alone. A trained group called Baby Loss Family Advisors seeks to help. Stina Sieg hide caption 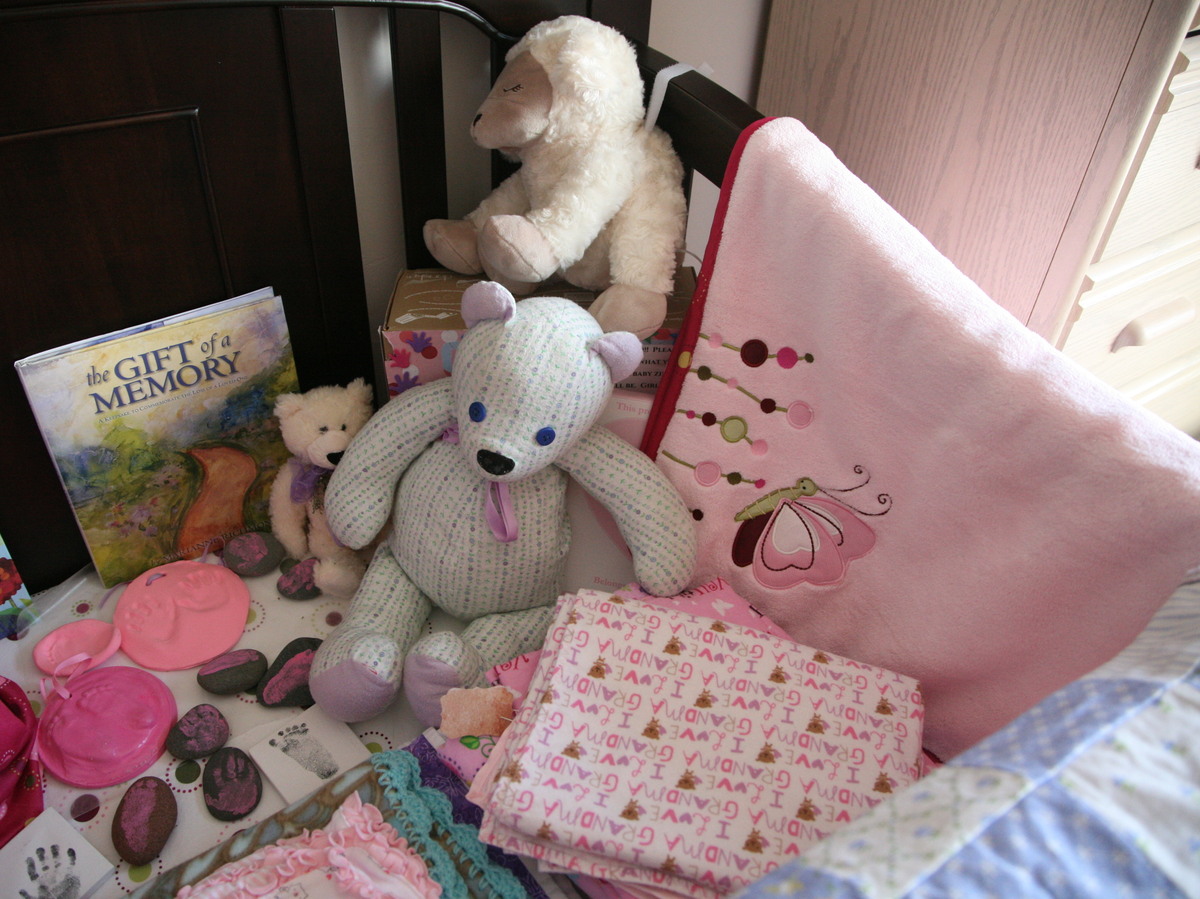 Lydia Joy Ziel, whose crib is pictured here, was diagnosed with a serious disease while still in the womb. Miscarriage and stillbirth are common, but often parents feel they're walking through the experience alone. A trained group called Baby Loss Family Advisors seeks to help.

Stephen Ziel still carries around a recording of his daughter's heartbeat on his phone. It sounded strong the whole time she was in the womb.

"And the heartbeat's not supposed to be that strong," he says.

Not for babies like her. Lydia Joy Ziel was diagnosed with a rare genetic disorder called Trisomy 18 — also known as Edwards syndrome — a few months after Stephen and his wife, Melissa, found out she was pregnant.

"That was probably the moment where it felt like the world kind of shattered on us," Melissa says.

Most babies with the disorder are either miscarried or stillborn, or die shortly after birth. Melissa and Stephen didn't know how long they would have with their baby, so they tried to make every moment of the pregnancy count. They picked out a name and started a little book documenting her first experiences.

The couple also read everything they could find on how to deal with their grief. That included a book by Sherokee Ilse, who personally knows the pain of losing a baby.

"It's important to grieve and mourn these little ones, to recognize that our lives are different," Ilse says.

That's been Ilse's mission ever since her son Brennan was stillborn decades ago. Ilse briefly held him, but other than that, she feels she and her husband did everything wrong.

"No pictures, no mementos of any kind," she says. "We literally left with empty arms. I have nothing that he touched."

Ilse says such deep regret is still the norm for grieving parents. And many feel as if they're going through it alone, she says, even though this kind of loss is actually common. Roughly 1 in 5 pregnancies ends in miscarriage in the U.S., and every year thousands of babies are stillborn.

So, in the years since her son's death, Ilse has tried to change our culture's relationship to infant death. She's written books, trained hospital staff and most recently co-founded Baby Loss Family Advisors. It's a certification program that trains professional doulas and others to help people through the death of their babies.

That's what Ilse did for Melissa and Stephen Ziel. Melissa says she helped them have those difficult conversations that needed to happen.

"Because I think it is hard to talk about what happens if your baby does die," Melissa says. "It's not something, I think, as you get married and talk about having kids and a family, that [you think] is going to happen or you're going to have to think in this direction."

As the due date got closer, the couple spoke with Ilse many times over the phone and in person, since they all live within miles of one another in Tucson, Ariz. She helped them plan for the birth, even embrace it.

As Melissa puts it: "Being able to say hello and goodbye at the same time." 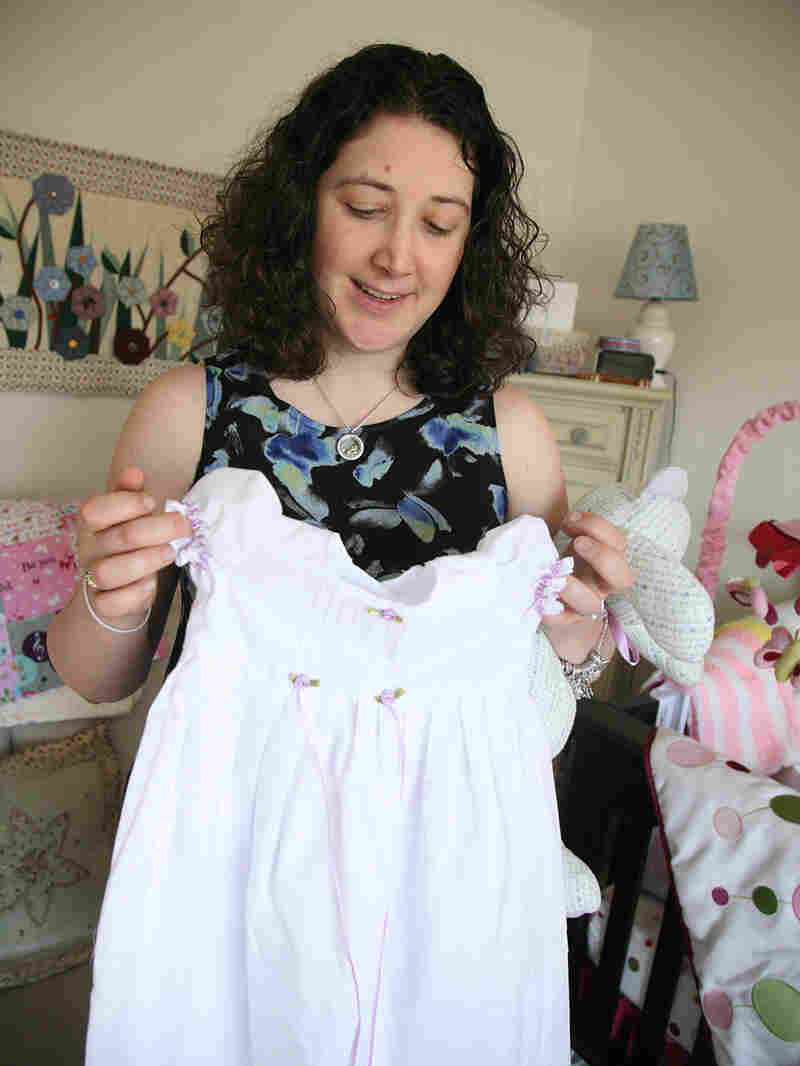 Melissa Ziel holds up Lydia's christening gown. Lydia's room is still completely in place, with stuffed animals and pink everywhere. Melissa and Stephen Ziel say they feel at peace when they walk in. They both say losing Lydia hasn't scared them away from having more children in the future. Stina Sieg hide caption 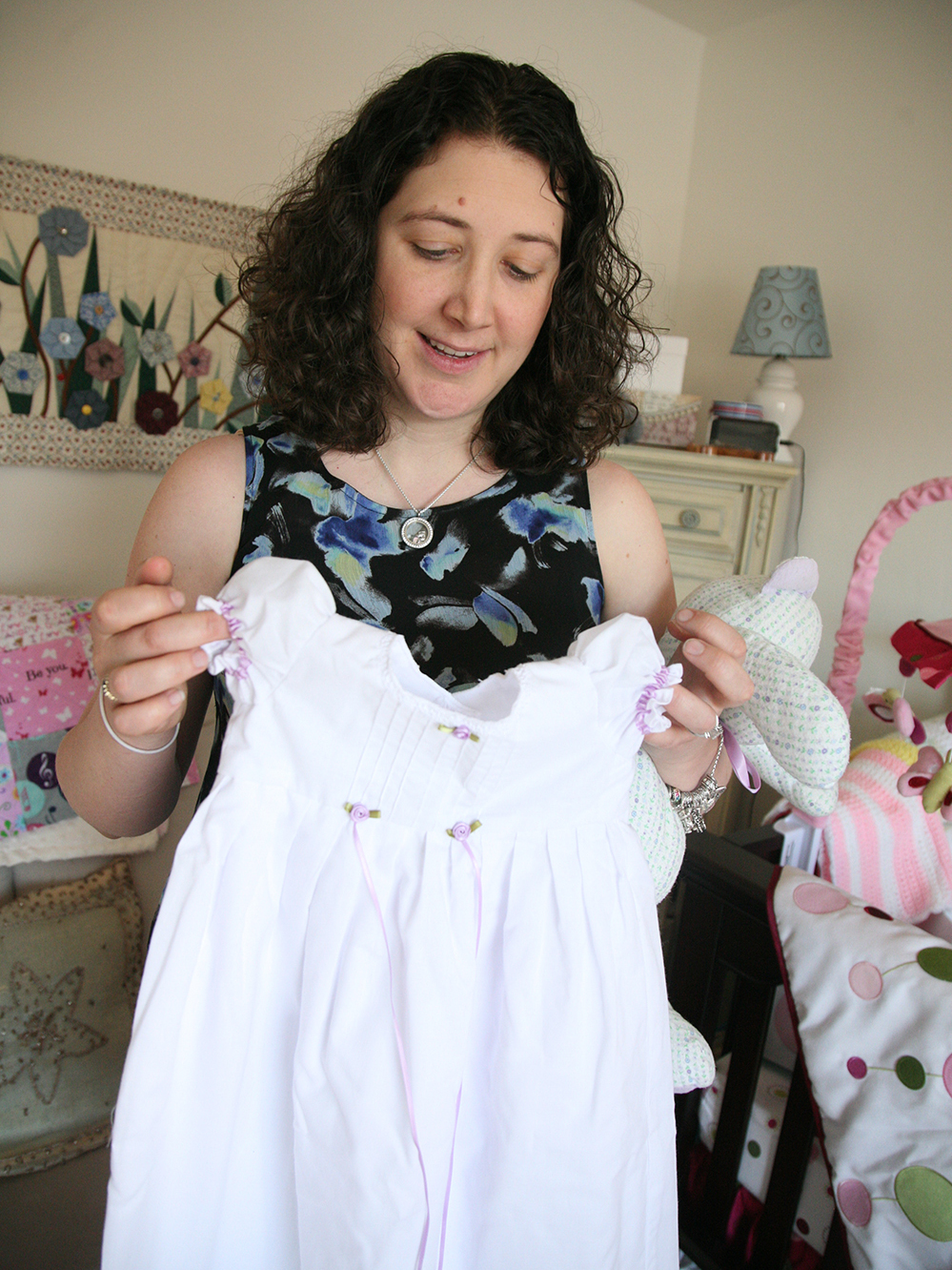 Melissa Ziel holds up Lydia's christening gown. Lydia's room is still completely in place, with stuffed animals and pink everywhere. Melissa and Stephen Ziel say they feel at peace when they walk in. They both say losing Lydia hasn't scared them away from having more children in the future.

When Melissa's water broke, she and Stephen say they felt prepared. Almost a day later, Lydia was delivered. Melissa remembers listening for her baby's cry — and hearing nothing.

"It almost felt you were holding your breath, waiting to figure out what was going on, what was happening," she says.

Stephen remembers asking the nurse to check for a heartbeat "multiple times," he says, "because I thought, 'Well, maybe it just took a minute.' "

Lydia was stillborn. But she was still their baby. So with Sherokee Ilse's help, they started making all the memories they could, as quickly as they could. They got footprints and handprints, took professional photographs, introduced her to their families.

Melissa and Stephen spent hours and hours with Lydia, trying to memorize every little part of her, just as Ilse had suggested.

"You know, look at her eyes, see if she has any birthmarks, who does she look most like? And we all agreed she looked more like Steve," Melissa says, smiling.

"She looked pretty good," Stephen says, as he and Melissa laugh together.

They're able to be happy now when they talk about Lydia, because they say they have no regrets.

"There can be blessings. There can be peace. There can be joy in the midst of difficult circumstances," Melissa says, "and those are things to, no matter how hard they are, they're also things to be able to celebrate."

The Ziels say having someone to help guide their grief made that celebration possible.