Accessibility links
Japanese City Takes Community Approach To Dealing With Dementia : Shots - Health News Japan expects 7 million cases of dementia among its long-lived residents by 2025. It has started training pharmacists, bankers and postal workers in how to recognize the signs and be supportive. 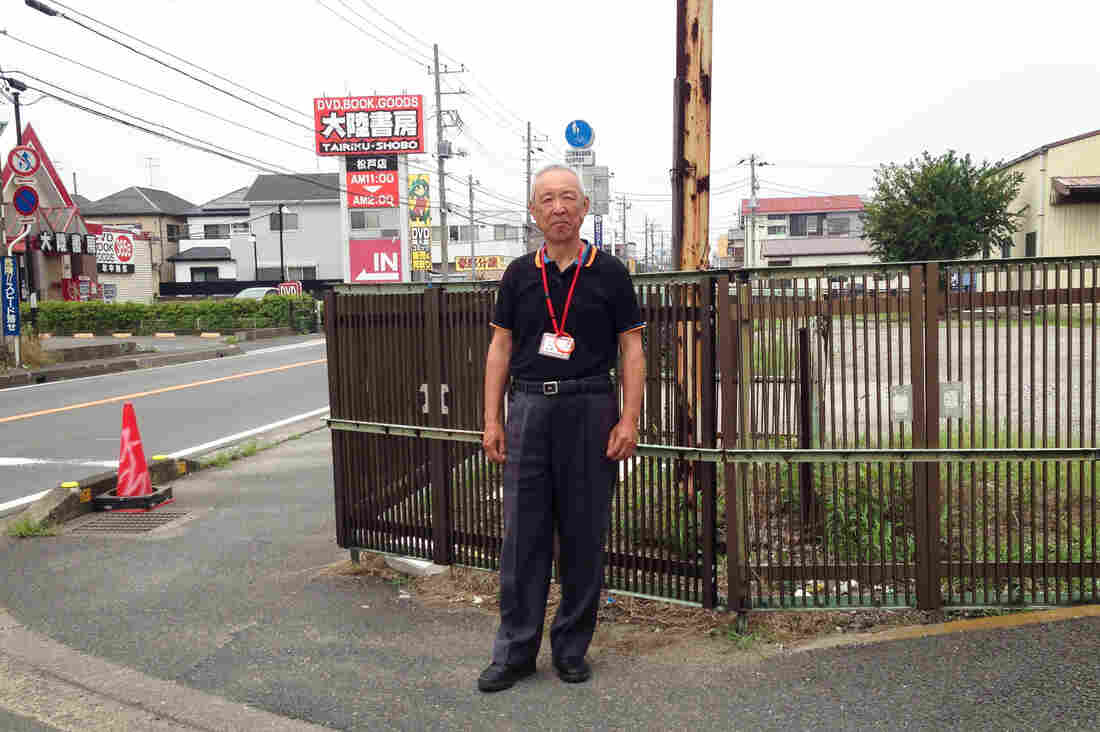 Hiroyuki Yamamoto, a crossing guard in Matsudo, Japan, has been trained in how to recognize and gently approach people who are wandering, or have other signs of dementia, in ways that won't frighten them. Ina Jaffe/NPR hide caption 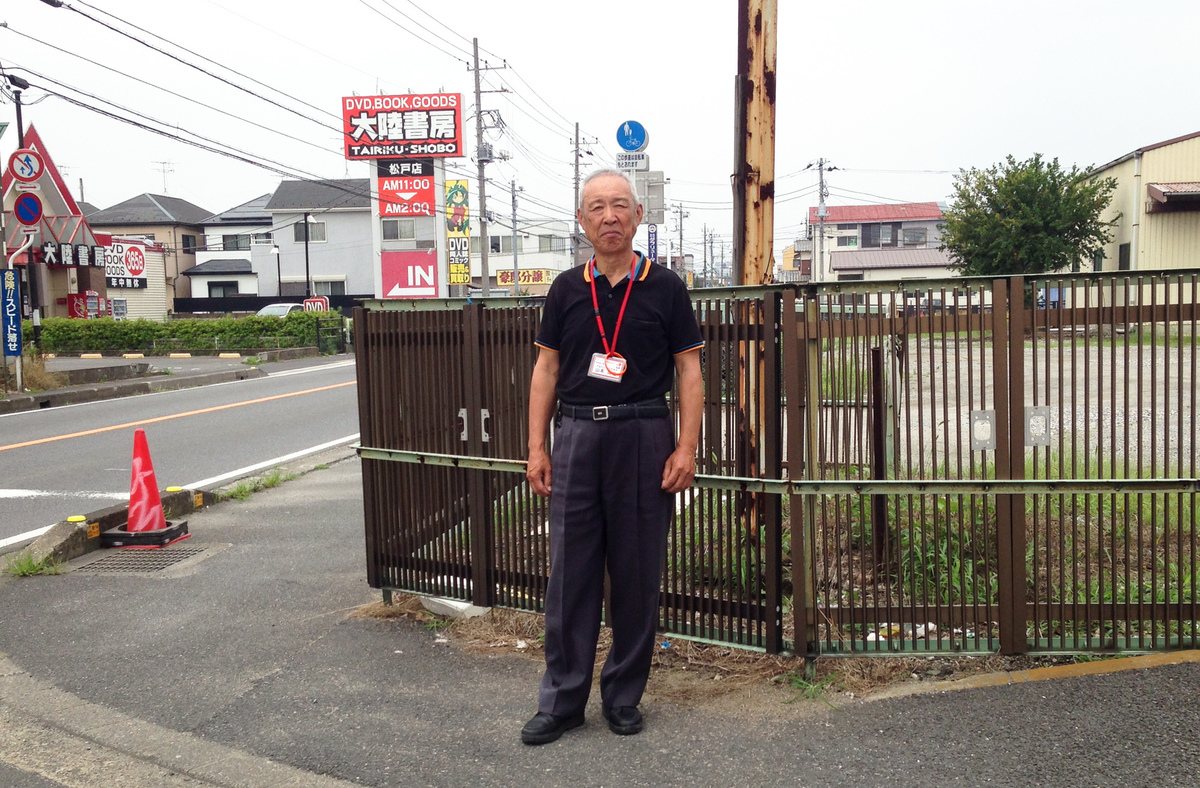 Hiroyuki Yamamoto, a crossing guard in Matsudo, Japan, has been trained in how to recognize and gently approach people who are wandering, or have other signs of dementia, in ways that won't frighten them.

Early mornings are routine for 69-year-old Hiroyuki Yamamoto. He's typically at a busy intersection in the city of Matsudo, near Tokyo, where he volunteers as a school crossing guard. But one rainy morning a little over a year ago, an old woman caught his attention.

She was pushing a bicycle. She was kind of disheveled. Despite the rain, she didn't have an umbrella. When Yamamoto spoke to the woman, she said she was trying to get to the city of Kamisuwa. That's about four hours away by train.

Yamamoto recognized that the woman had several signs of dementia he'd learned about when he took his city's dementia awareness training.

Yamamoto volunteers with Matsudo's Orange Patrol. The organization's formal name in Japanese — Olenji koe kake tai — translates awkwardly into English as "Troop that calls out to the elderly." But the name accurately describes what the members do. Yamamoto says that just a simple, "Hello, what a nice day," can tell you if someone is OK or needs help.

Because of his training, Yamamoto says, he knew how to talk with the old woman pushing the bicycle.

"I talked to her about things that, according to the training manual, would not upset her," he says. "And I spoke in a gentle manner." These things helped him persuade the woman to stay with him until the police arrived about 20 minutes later.

If it hadn't been for her chance encounter with Yamamoto, the woman might have gone missing, or worse. Last year, 12,208 people with dementia were reported missing to the National Police Agency in Japan. Most were found alive within a week. But 479 were found dead, and 150 were never found.

A comprehensive plan for dealing with that expected rise in dementia cases was passed by the national government last year. But Matsudo has been providing dementia awareness training for city residents since 2010. Thousands of people have taken it.

Atsuko Yoshioka conducts dementia awareness classes for the city of Matsudo. She says the sessions are brief — just 60 to 90 minutes — so she tries to customize the content for students.

For example, pharmacist Takayuki Yoshida says he sometimes had clients who "even after I gave the medication to them, they'd come back and say they didn't get the drugs." Now he knows that may be a sign of dementia, and he contacts the patient's doctor.

Many post office workers have also taken the training. In Japan, post offices also conduct some banking transactions. Hiroki Yaita says sometimes an older client will come in several times to say that someone has stolen their bankbook. Now, because of the training, "we would think that maybe that person has dementia and we would talk to the family about that possibility."

The purpose of the training isn't to make Matsudo residents experts in dementia, says Tadashi Watanabe, chief of the city's Welfare and Longevity Department. The goal, he says, is just "to support those with dementia, as well as their families, and make this a town where it's more comfortable for them to live."

Some communities in the United States have begun similar programs. And in Japan what's been going on in Matsudo is now national policy. The comprehensive plan adopted by the government last year includes research and prevention and nursing services. It also includes a campaign for increasing dementia awareness among the general public. The country is on track to train 8 million people by the end of the next fiscal year.

Hidenori Kawashima, deputy director for dementia policy in Japan's Ministry of Labor, Health, and Welfare, says the expected rise in dementia cases should not be seen as a threat. Interacting with people with dementia will become normal.

"It would be a familiar thing," says Kawashima. "So we wanted the plan: First, to create a structure in the local communities to support those with dementia and, second, to create a society where it will be natural for them to live."

No government plan can keep people with dementia from wandering. But health officials in Japan hope there eventually will be entire communities prepared to help keep them safe, if and when they do.

In the audio version of this story, as in a previous web version, we give Hiroyuki Yamamoto's first name as Hiroyuko.