Accessibility links
Watch: A Slow-Motion Sneeze Looks A Lot Like Breathing Fire : Shots - Health News What happens when you let loose with a juicy one? A lab of MIT mathematicians and physicists is taking a close look, with the goal of improving public health.

Watch: A Slow-Motion Sneeze Looks A Lot Like Breathing Fire

Watch: A Slow-Motion Sneeze Looks A Lot Like Breathing Fire

To a mathematician, it's a violent explosion that shoots out missiles of hot, wet air, slamming a turbulent cloud of moisture into anybody or anything that crosses its path.

And Lydia Bourouiba has made a career out of studying it. Bourouiba, a mathematical physicist, leads a research group at the Massachusetts Institute of Technology that studies fluid dynamics. On Wednesday, her team published a slow-motion video of a sneeze in the New England Journal of Medicine.

It's mesmerizing. It's also important.

"Respiratory infectious diseases still remain the leading infectious diseases in the world," Bourouiba explains. Many of them hop from person to person in coughs and sneezes, or "violent emissions," as she calls them. If she can understand how a sneeze moves, she says, she can better understand how to prevent microbes from moving from a sick person or contaminated surface to somebody else.

Did you know that sneezing itself can be contagious? And why do people say "God bless you" after somebody spews infectious particles? Shots investigates some of the myths and truths behind this commonplace bodily function in a special bonus story here. 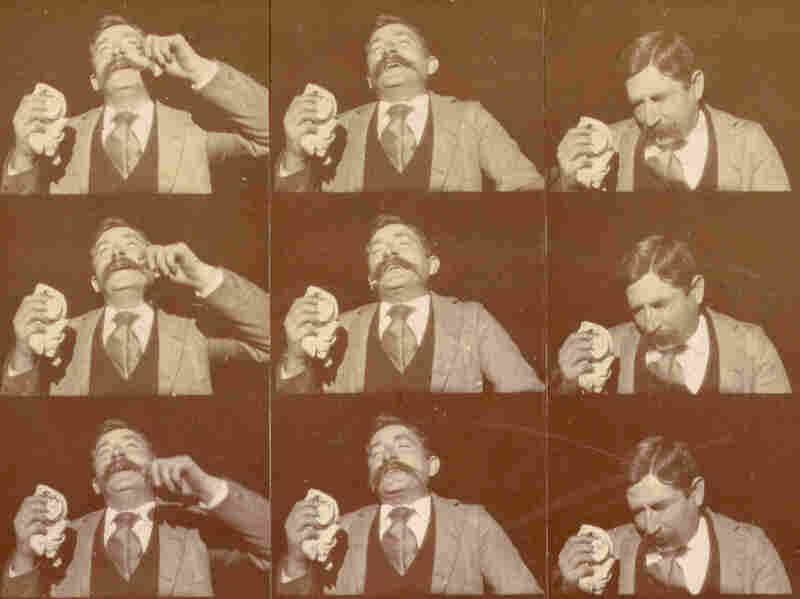 A kinetoscopic record of a sneeze, taken around 1894. Library of Congress hide caption 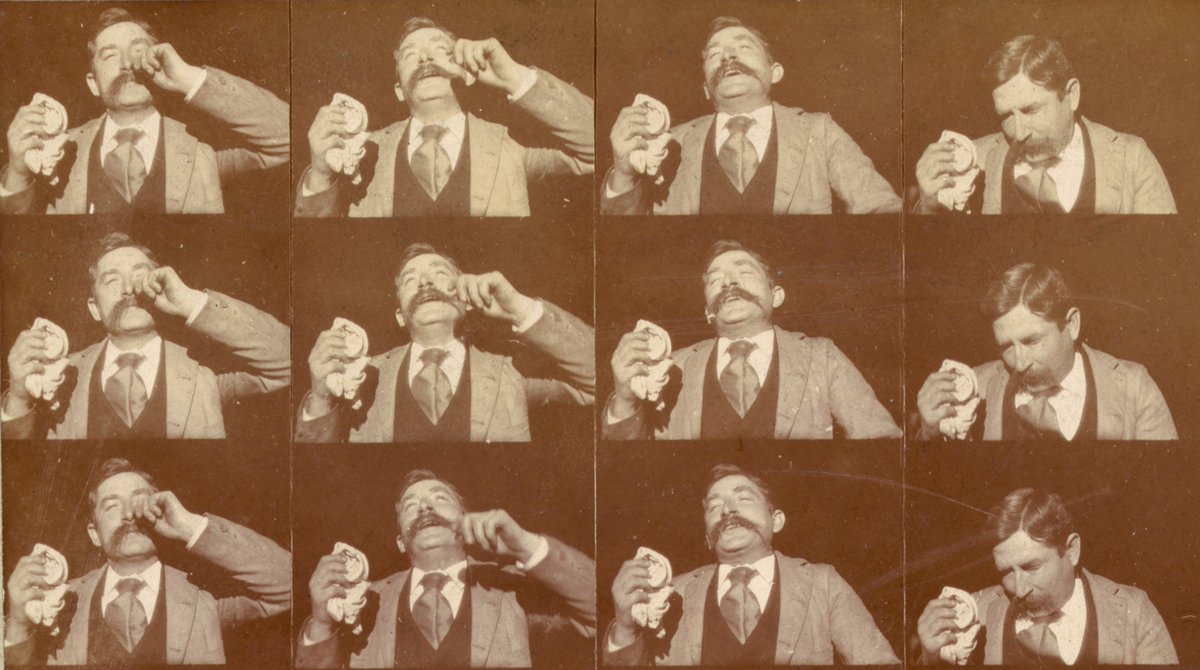 A kinetoscopic record of a sneeze, taken around 1894.

But as the researchers watched videos of these mini-explosions, they quickly realized that a sneeze involves complicated physics.

"There's a whole range of droplet sizes in this cloud, and the cloud is made of hot and moist air," says Bourouiba. "And it's turbulent, so that means that it has swirls and eddies, and it's moving very fast." The conditions in the surrounding room — like airflow, moisture and temperature — can change how all those swirls and zigzags move, she says.

A lot of the sanitation measures we're all told to take to stay out of the way of someone else's sneeze are educated guesses at best, says Bourouiba. For example, people have assumed that standing a few feet away from a sick person would be enough to stay out of firing range. But Bourouiba and her colleagues found that the tiny droplets in a sneeze can, under certain conditions, travel across a room in just a few seconds. They can also hover in the air for many minutes.

"It's actually quite amazing that we can produce such a high-speed flow that contains all these ranges of sizes of droplets," Bourouiba says.

To map the path of a sneeze — and of any infectious particles it might contain — Bourouiba had to become an expert in high-speed photography. So far, her subjects have been healthy sneezers. But now, Bourouiba and her colleagues have started enlisting the help of volunteers who have symptoms of a cold or flu, inviting these sick folks to sneeze in a special room that has controlled moisture, airflow and temperature, as well as camera equipment.

The ultimate goal of this study, she says, is to understand in detail how sneezes travel in different conditions.

"So, for example, in a typical hospital room, with a given ambient temperature and moisture and a given airflow, what is the ultimate distribution of the position of these droplets and the pathogens they contain?" says Bourouiba. "And if we change the room and ventilation and different environmental conditions, how does that change?"

Armed with that information, the researchers hope to make risk maps for which parts of a room are likely to get contaminated by a sick person, or figure out how far away a visitor needs to stand from a patient to stay out of the line of fire. The information might also improve the design of ventilation systems to help prevent infected droplets from dispersing through a building.

As for Bourouiba's own technique for squelching the spread of a cold, she recommends sneezing into your elbow. What's the physics there? The elbow reduces the cloud's momentum, she says, limiting how far those virus-filled droplets will travel.