Accessibility links
FDA Says All Blood Donations Should Be Tested For Zika : Shots - Health News The recommendations from the Food and Drug Administration represent a major expansion in testing blood for Zika. The agency had earlier advised testing only in areas with an active outbreak. 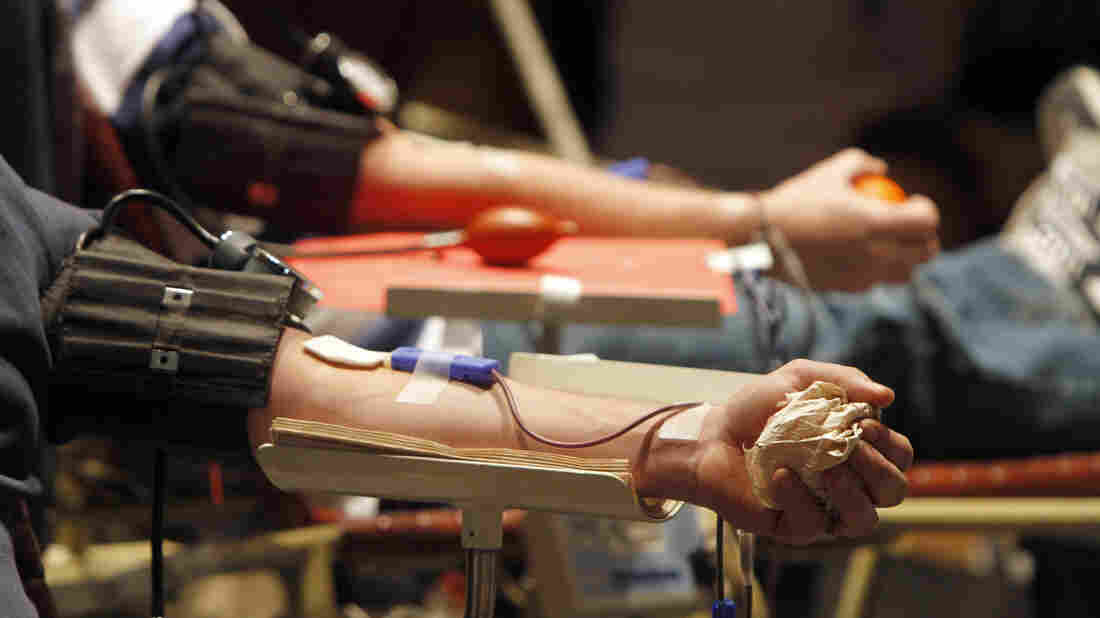 The FDA says that facilities that collect blood donations throughout the United States should be testing donations for Zika within 12 weeks. Toby Talbot/AP hide caption 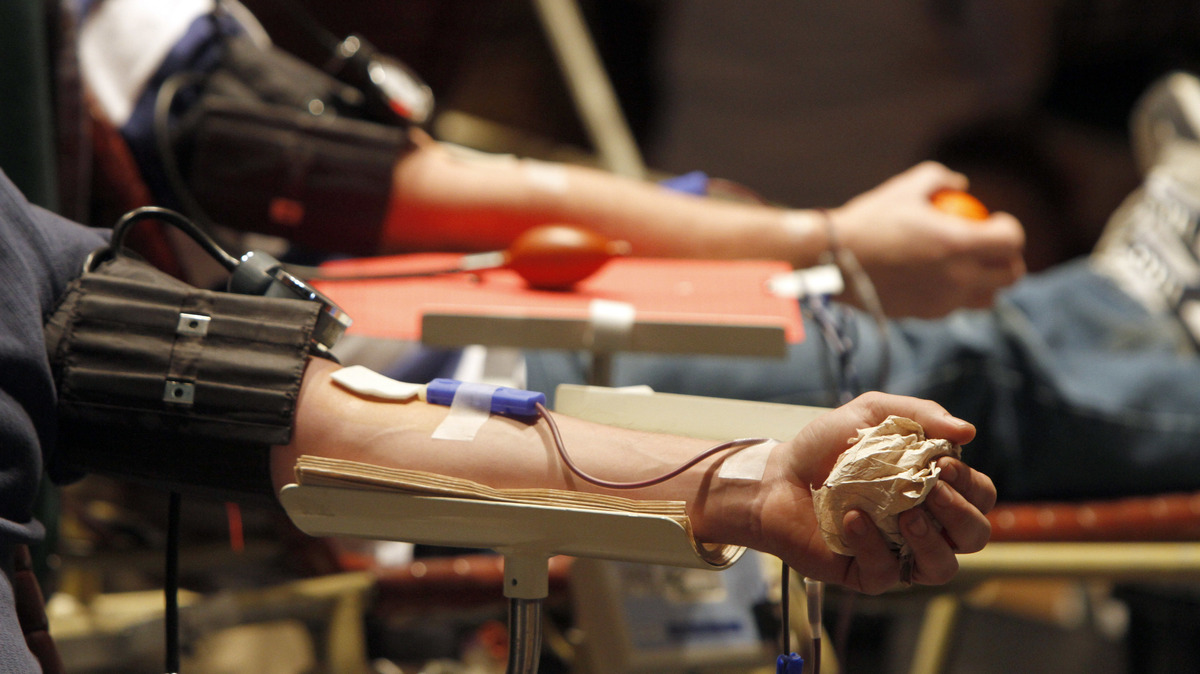 The FDA says that facilities that collect blood donations throughout the United States should be testing donations for Zika within 12 weeks.

The Food and Drug Administration is recommending that blood banks screen all blood donations in the U.S. for the Zika virus.

It's a major expansion from a Feb. 16 advisory that limited such screening to areas with active Zika virus transmission.

In a statement released Friday, the FDA says all those areas are currently in compliance with blood screening, but that expanded testing is now needed.

"As new scientific and epidemiological information regarding Zika virus has become available, it's clear that additional precautionary measures are necessary," the FDA's acting chief scientist, Luciana Borio, said in the statement.

The expansion of testing won't happen all at once. The FDA is advising blood establishments in 11 states to begin testing within the next four weeks. Those states include Alabama, Arizona, California, Georgia, Hawaii, Louisiana, Mississippi, New Mexico, New York, South Carolina and Texas.

These states are in proximity to areas where Zika is actively spreading via mosquitoes or where there are a significant number of cases related to other exposures, including sexual transmission.

Within 12 weeks, blood facilities in all states should be testing donations for Zika, the FDA says.

Currently, Zika is being spread by mosquitoes in South Florida, Puerto Rico and the U.S. Virgin Islands, as well as most countries in the Caribbean and Central and South America. There are a total of 2,517 cases of Zika in the U.S. states and D.C., according to the Centers for Disease Control and Prevention, with 9,011 more in U.S. territories.

Most of the cases within the U.S. are related to travel abroad or sexual transmission. The cases in Puerto Rico and the U.S. Virgin Islands are a mix of travel-related cases and locally acquired infections via mosquitoes or sex.

In issuing the new recommendations, the agency noted that 4 out of 5 people infected with Zika virus never develop symptoms. Thus, questions that blood banks routinely ask about the risks of disease might not catch people who have been exposed and who have been infected with the Zika virus.

Zika virus infection during pregnancy has caused serious birth defects in a few cases in the U.S. and hundreds of cases in Central and South America where infants have been born with microcephaly, a condition where the brain and skull are malformed.

There have been no cases of Zika related to blood transfusions in the U.S., according to the Centers for Disease Control and Prevention.

"There is still much uncertainty regarding the nature and extent of Zika virus transmission," says Peter Marks, director of the FDA's Center for Biologics Evaluation and Research. "At this time, the recommendation for testing the entire blood supply will help ensure that safe blood is available for all individuals who might need transfusion."

In a news conference Friday, Marks said that there had been one case in Florida where a unit of donated blood was tested and taken out of the blood supply. Other units where Zika is suspected are currently under investigation, he said.