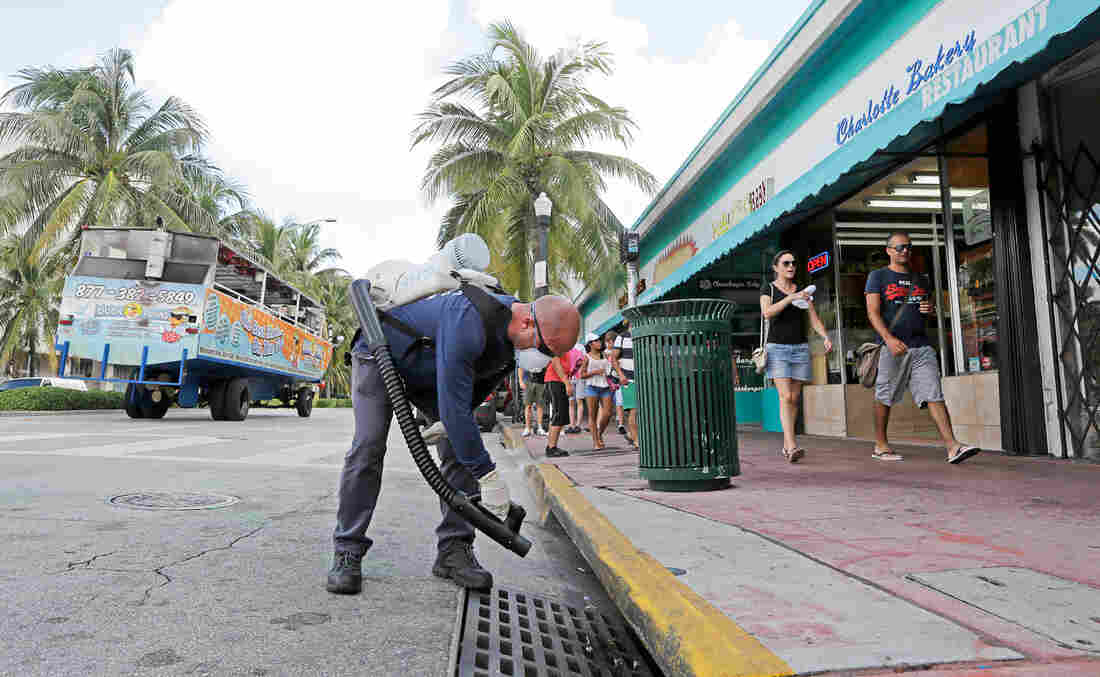 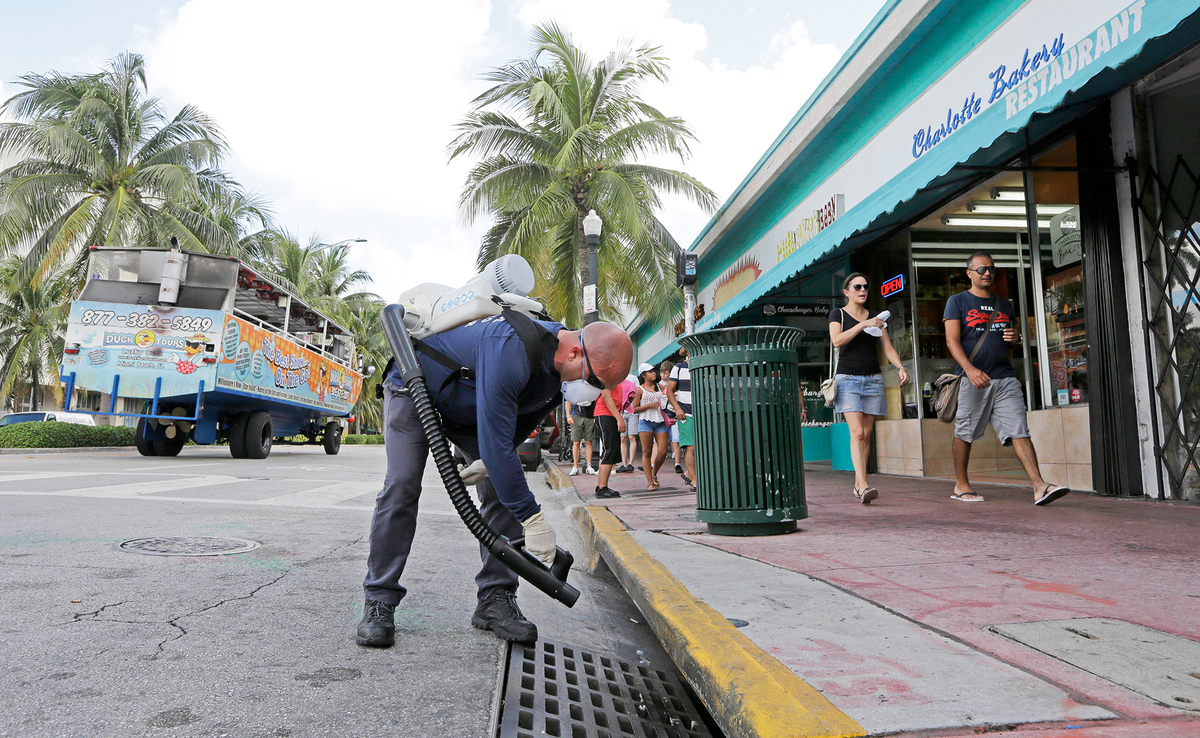 Summer is winding down, but when members of Congress return to Washington from their vacations next week, many of their constituents want them to do something about the mosquitoes — the ones carrying Zika virus, to be specific.

A new survey shows that three quarters of Americans say Congress should make the allocation of more money to deal with the Zika outbreaks in Florida and Puerto Rico an "important" or "top priority" when they return to Washington.

"People generally do value spending money when there is sort of a public health emergency," says Mollyann Brodie, executive director of public opinion and survey research at the Kaiser Family Foundation, which conducted the survey.

About half those surveyed said they'd be uncomfortable traveling to the areas of Florida where people have been infected by Zika. And 77 percent said pregnant woman are not safe in those areas.

"It is something that the local officials have to take really seriously," Brodie says, "because in many of those areas the tourism industry is a big part of those communities."

President Obama asked for $1.9 billion in emergency federal funding back in February to fight Zika. So far, Congress hasn't allocated anything.

So the administration has been using money shifted from other accounts — including money that had been specified for studying and fighting Ebola, and for state-level emergency preparedness — to address the Zika threat, instead.

Dr. Tom Frieden, director of the Centers for Disease Control and Prevention, says his agency will be out of funds to fight Zika by the end of the month. Health and Human Services Secretary Sylvia Burwell issued a similar warning in August.

But Mark Harkins, a senior fellow at Georgetown University's Government Affairs Institute, says that — at least technically — the Obama administration could move even more money from other programs to fight Zika.

Even though lawmakers usually allocate money for specific purposes, the federal budget allows for some shifting of funds, Harkins says.

"As part of the appropriations bills themselves there's always a provision that says you may transfer money or reprogram money, based on certain levels," he says. "And then they put in a little out that says, you can move money at any point, at any amount, as long as you give 15 days notice."

Some lawmakers seem to be daring the administration to do just that.

Senators Charles Grassley, R-Iowa, and James Lankford, R-Oklahoma, wrote a letter to Burwell, dated Aug. 26, that pointed to $20 billion that is sitting unspent in the HHS and State Department budgets. It could be spent on Zika, the senators say.

Lankford's staff provided NPR with a list of the accounts the letter refers to. They included Food and Drug Administration salaries and expenses, the State Department's diplomatic and consular programs and programs in nonproliferation and anti-terrorism.

The Senators simply added up all the money that remains unspent in the accounts Obama specified as needing additional funds, Harkins says.

Grassley "doesn't care that that money is supposed to be used for multiple different things," says Harkins. "He's just saying, 'If you think money should come out of that account, take any money that's left in that account.'"

Meanwhile, as the White House and Congress debate the budget, state health officials are scrambling.

Frank Welch, the head of community preparedness at Louisiana's health department, says his federal grant to prepare for all kinds of health emergencies was cut, and replaced with money that can only be used for Zika.

"But none of those other threats or emergencies that are very real possibilities have gone away," he says, "and we took about a $700,000 dollar cut."

Louisiana is using the Zika money for mosquito control, to do public outreach and education about how to recognize and prevent infection. The state is also updating its lab to be able to do Zika testing.

Welch says they've done a good job with prevention and preparedness, but there just isn't enough money left to deal with a Zika response if there's an outbreak in that state.