Accessibility links
California Now Requires Timely Updates For Insurers' Doctor Directories : Shots - Health News Finding a provider of health care in your network is often a challenge because the insurer's directory isn't up to date. A California law aims to improve directory accuracy. 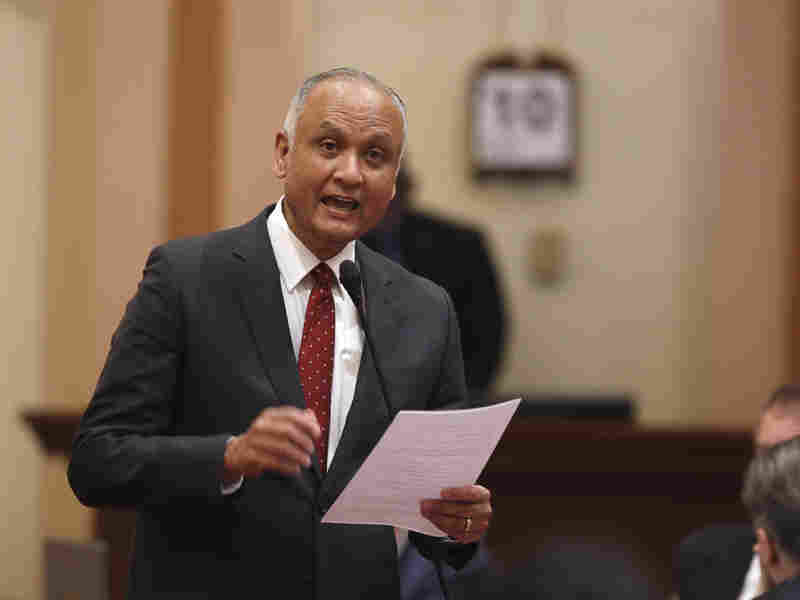 California State Sen. Ed Hernandez wrote a law to keep insurance directories up to date and to give consumers recourse when errors lead to surprise bills. Rich Pedroncelli/AP hide caption 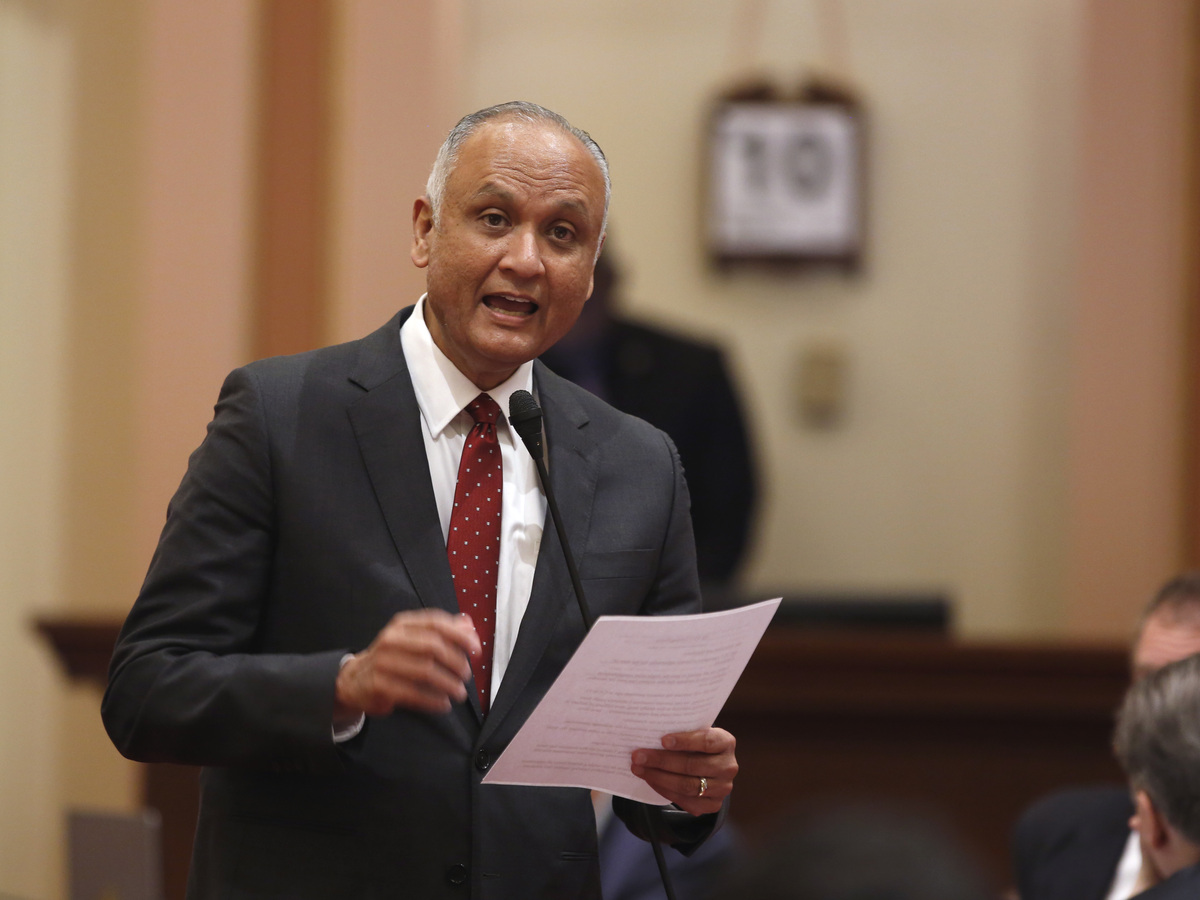 California State Sen. Ed Hernandez wrote a law to keep insurance directories up to date and to give consumers recourse when errors lead to surprise bills.

Diane handles some insurance matters for their practice, and she recently told him that a health plan had emailed to request more information: It wanted confirmation that they were both participating providers.

"I didn't say anything because I was afraid she'd be mad at me," says Hernandez, D-West Covina.

That's because the additional paperwork was probably his doing.

Hernandez, who chairs the California Senate Health Committee, is author of a newly enacted state law that aims to improve provider directories, long riddled with out-of-date and inaccurate information.

Under the law, insurance companies — and health care providers like the Hernandezes — must comply with new requirements to keep directories of in-network providers of care updated at least every quarter.

The law, which took effect July 1, also provides patients with some firepower to fight surprise medical bills that result from directory errors.

The law's reach is broad: It applies to Covered California and private market plans, as well as Medi-Cal managed care and most job-based insurance policies.

The inaccuracy of directories, Hernandez says, "has been and ... seems to continue to be a problem that needs to be rectified."

Several other states, from Georgia to Maryland, have passed similar legislation or are considering doing so, says Claire McAndrew, private insurance program director for Families USA, a national health care consumer advocacy group. In some states, insurance commissioners have adopted new rules through the regulatory process.

But California's law "is the most comprehensive," she says. "The level of detail in California goes beyond any other state." Federal officials also instituted a rule this year requiring directories be updated monthly for all plans sold on the 37 state marketplaces run by the federal government.

And they set new federal rules for Medicare Advantage plans, requiring that the companies contact doctors every three months and update their online directories within 30 days. A recent study in the journal Health Affairs found that provider directories for some health plans sold through Covered California and in the private market are so inaccurate that they create a "disheartening" situation for consumers trying to find doctors.

That finding was confirmed this month when California's Department of Managed Health Care announced that Anthem Blue Cross and Blue Shield of California — which were previously fined for inaccuracies in their Covered California provider directories — still had "disappointing" directory problems.

"We are optimistic and hopeful that the law ... will help," says DMHC director Shelley Rouillard.

Among the law's new rules:

The California law also gives consumers recourse. Let's say you use a provider directory to find a doctor but you're billed the out-of-network price because the directory was wrong. In that case, health plans must reimburse you the amount beyond what you would have paid to see an in-network doctor.

If you find yourself in this situation, first take your complaint to your plan, advises DMHC's Rouillard. You will have at least 180 days from the date you received the bill to file a grievance.

"You'll probably have to make a case" to the plan, Rouillard says. "You should explain what you did, when you looked at the directory, and that you relied on that information."

Documentation could help your case.

That's something to consider when you're searching for a provider in the first place. It wouldn't hurt to save a screen shot from the online directory showing the doctor is in-network, or take detailed notes if you call your plan's customer service line.

"Keep copies of everything, and note the date, time and name of anyone you speak to," says Nancy Kincaid, spokeswoman for the state Department of Insurance.

Plans have 30 days to investigate and respond to your complaint. If the situation isn't resolved to your satisfaction, your next step is to take your grievance to your health plan's regulator.

Since the law went into effect, the DMHC has helped one consumer get reimbursed as a result of this law. "I'm hoping consumers don't have to go through process. I'm hoping the directories are accurate," Hernandez says.

It might take time to get there, as health plans implement the new requirements — as well as others that will take effect in the coming months — and work with providers to update the information.

"This is so early and there are so many errors," Rouillard says.

This story was produced by Kaiser Health News, which publishes California Healthline, a service of the California Health Care Foundation. Send questions for Emily Bazar to AskEmily@kff.org.