Accessibility links
FluMist Gets Thumbs Down From Pediatricians : Shots - Health News The American Academy of Pediatrics doesn't recommend using the nasal spray flu vaccine. In late August, the federal Centers for Disease Control and Prevention concluded it wasn't up to snuff.

Pediatricians Recommend Flu Vaccination, Just Not With The Spray

Pediatricians Recommend Flu Vaccination, Just Not With The Spray 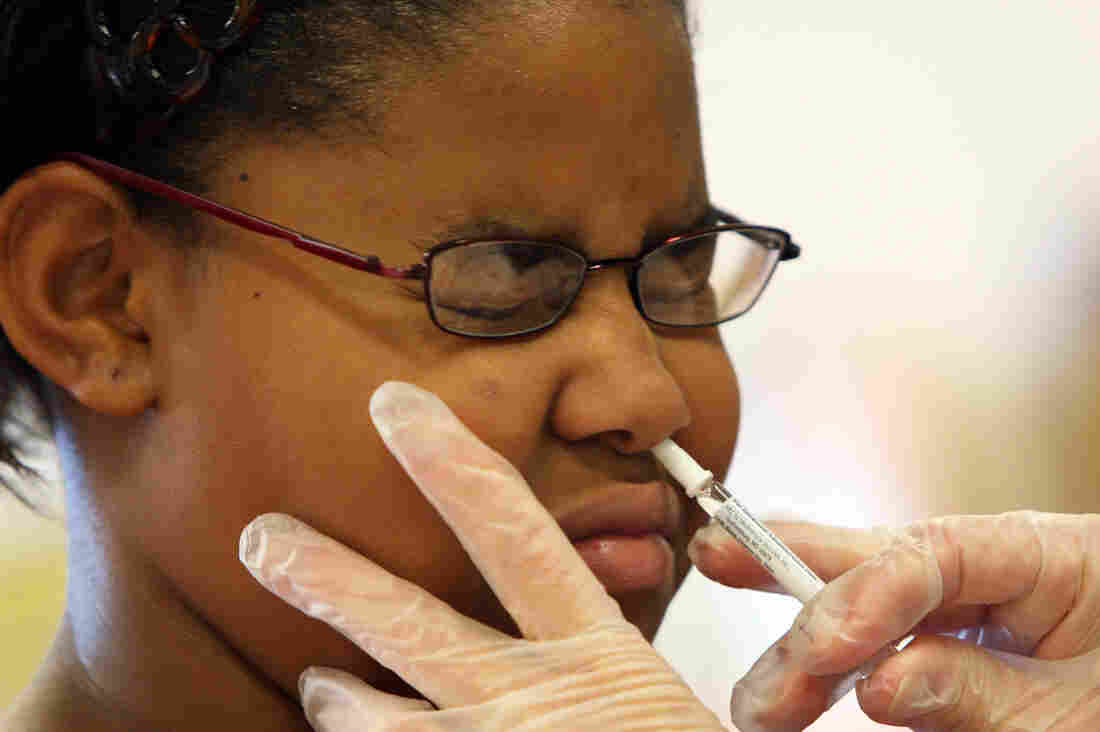 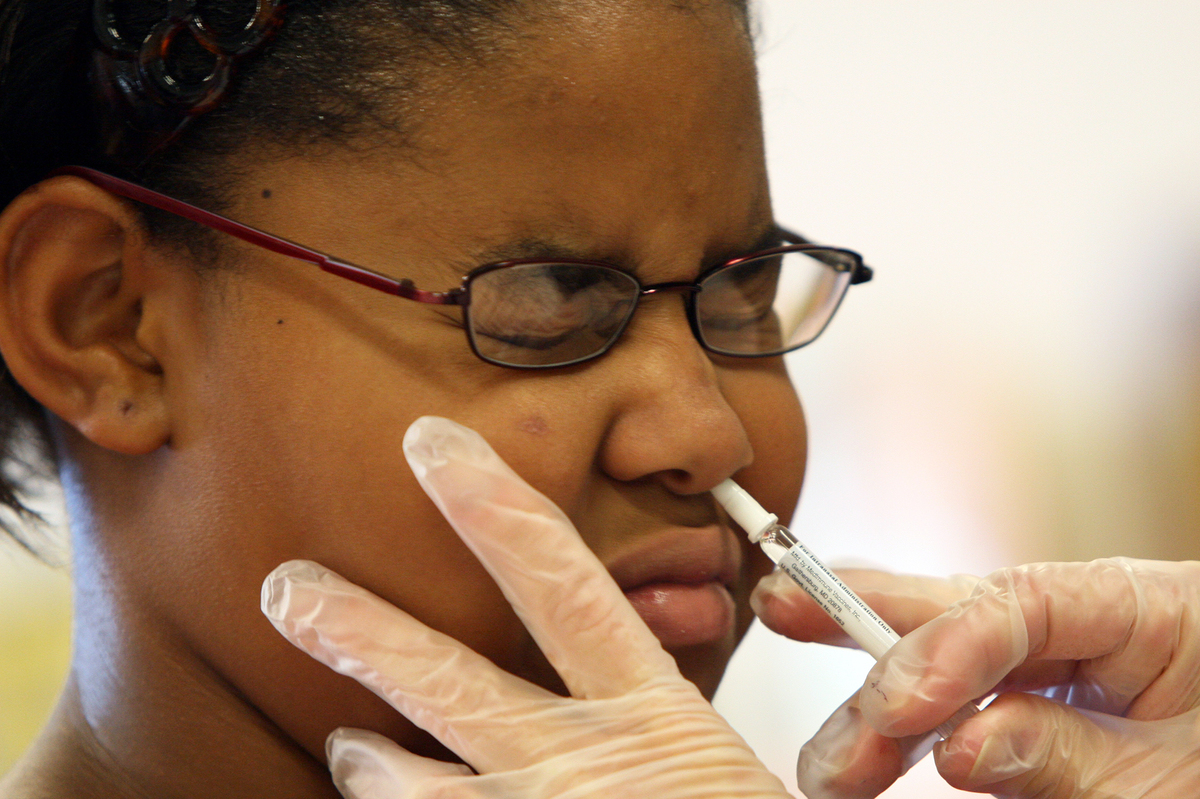 Fourth-grader Jasmine Johnson got a FluMist spray at her Annapolis, Md., elementary school in 2007. This year, the nasal spray vaccine isn't recommended.

Sorry, kids. Your pediatrician will probably give you the flu vaccine in the form of a shot this year.

The American Academy of Pediatrics said Tuesday that it doesn't recommend using the flu vaccine that comes as a nasal spray. That's because the federal Centers for Disease Control and Prevention looked at its performance last year and concluded it wasn't up to snuff.

The CDC's Advisory Committee on Immunization Practices found that FluMist was only 3 percent effective in children aged 2 through 17 during the previous flu season. "This 3 percent estimate means no protective benefit could be measured," the committee reported. In comparison, injected flu vaccines protected about two-thirds of the children in this age group.

The American Academy of Pediatrics is now following suit, with recommendations that go out to doctors who tend to the nation's youngsters. "The AAP recommends annual seasonal influenza immunization for everyone 6 months and older, including children and adolescents," the statement reads.

The group notes that 85 children died from the flu in the United States during the recent season, based on CDC figures. Most had not been vaccinated.

The American Academy of Pediatrics says most children will need a single shot. But children new to flu vaccinations will need two doses, four weeks apart. So a double sorry to you.

The pediatricians also recommend flu vaccination for all health care workers and women who are pregnant, considering pregnancy or breastfeeding during the flu season.

The nasal spray vaccine has more fans than the inoculation that comes in a syringe, for obvious reasons. So this turn of events is not simply a disappointment to the manufacturer, AstraZeneca. In fact, the manufacturer took issue with the CDC committee's recommendation, to no avail.

In a statement emailed to Shots, AstraZeneca said it expects limited demand for FluMist in the U.S. but will make sure the vaccine is available in case some doctors request it.