Accessibility links
Insurance Data Show A Surge In Spending On Opioid Treatment And Testing : Shots - Health News An analysis of insurance company payments finds that emergency room visits and lab tests were responsible for much of the overall spending related to treatment and testing for opioid use. 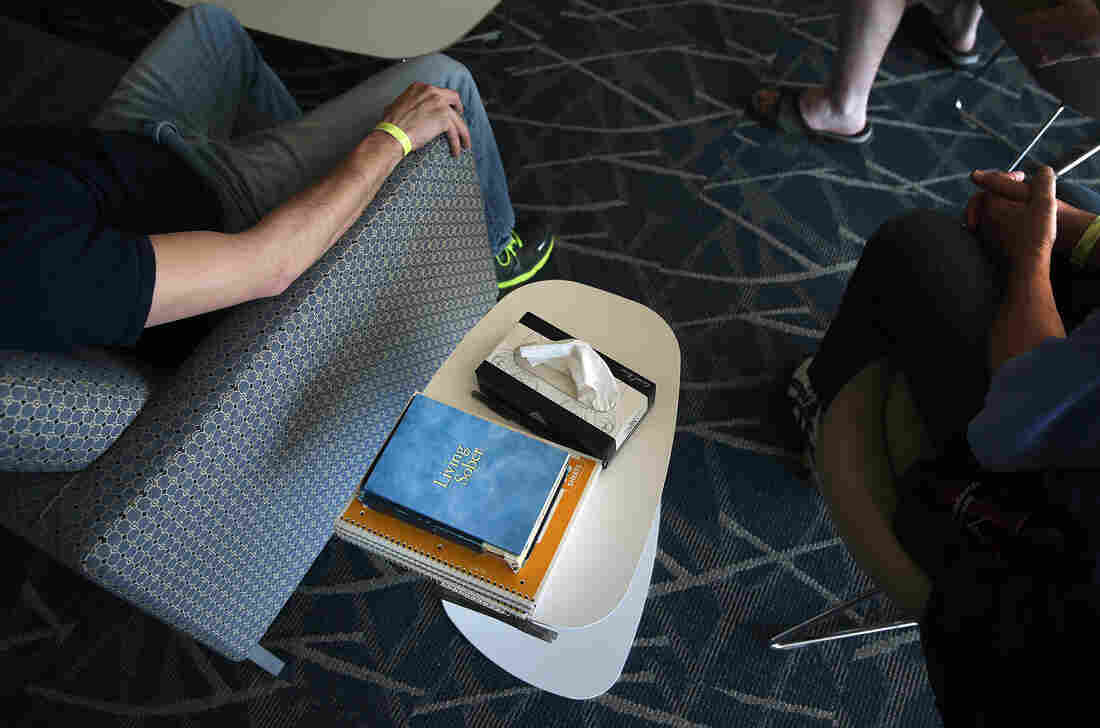 Drug users in recovery listen to a counselor at a treatment center in Westborough, Mass., in March. John Moore/Getty Images hide caption 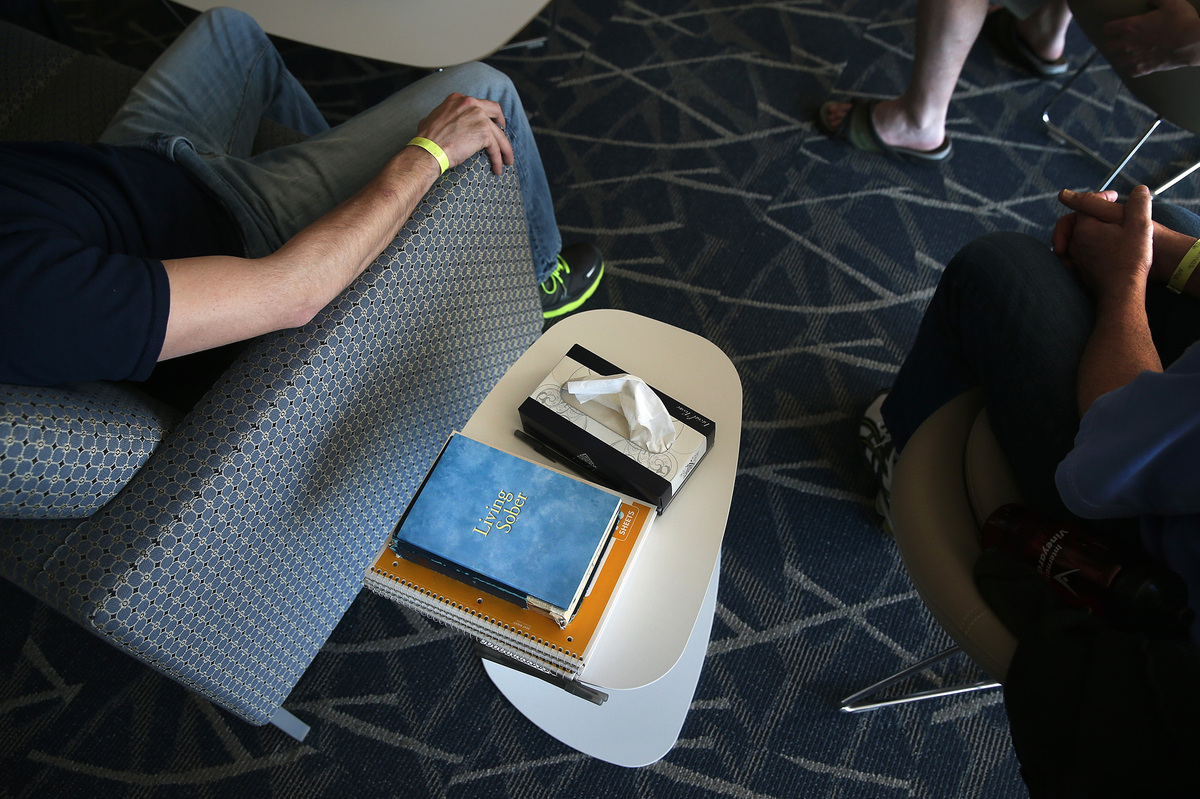 Drug users in recovery listen to a counselor at a treatment center in Westborough, Mass., in March.

The nation's opioid problem comes with staggering physical and emotional costs to patients and families. But the financial burden on the health system has been harder to peg.

A report set to be released Tuesday shows a more than thirteenfold increase in spending by health insurers in a four-year period on patients with a diagnosis of opioid dependence or abuse.

From 2011 to 2015, insurers' payments to hospitals, laboratories, treatment centers and other medical providers for these patients grew from $32 million to $446 million.

While the latest figure represents a small portion of the overall spending on medical care in the United States, the rapid rise is cause for concern, says Robin Gelburd, president of Fair Health, a nonprofit databank that provides cost information to the health industry and consumers.

"That really shows the stress on the health system and the impact on the individuals," said Gelburd.

The Fair Health study found a sharp difference in how much insurers spend on individual patients with such a diagnosis.

On average, insurers spend $3,435 a year on an individual patient, but for those with an opioid dependence or abuse diagnosis, that amount jumps to $19,333. Those numbers reflect what insurers actually paid. The report also includes data on what providers charged, amounts that are lowered by their contracts with insurers.

The study, out Monday, builds on a study Fair Health released in early August that found a thirtyfold increase in the volume of insurance claims related to opioid dependence diagnoses between 2007 and 2014.

The latest study by Fair Health — part of a series — looked at amounts associated with claims billed by providers and paid by insurers for the types of medical services used.

Both studies use de-identified claims data from insurers representing more than 150 million insured Americans who either have insurance through work or buy coverage on their own.

There have been other efforts by several researchers to quantify the cost of the opioid problem on the overall economy, estimated in the tens of billions of dollars.

The new report adds to the available data "that it's not just the human cost associated with the opioid crisis that is enormous, but also that the economic costs are staggering," said Dr. Andrew Kolodny, senior scientist at Brandeis University. He didn't work on the study.

The surge in spending on patients with opioid diagnoses is likely a combination of factors, the report notes. As media attention focuses on drug dependency, more people may be seeking treatment. At the same time, prescription and illegal use of narcotics may also be increasing.

The study found that emergency room visits and laboratory tests accounted for much of the spending.

Based on claims volume, the fastest-growing set of services in terms of utilization were for alcohol or drug therapy. Lab tests, including checks for barbiturate or opioid use, weren't far behind.

Researchers didn't use 2015 data for lab test costs, noting that a change in billing codes was made that increased the number of categories — and, in some cases, appear to generate higher charges by insurers. It is too early to estimate the long-term effects of the change, Gelburd said.

The report gives some examples of the changes, however. For example, one billing code for a test on opiate use commonly brought in a $31 payment from insurers prior to the change. The two billing codes that replaced it now are commonly paid at $78 and $156.

The new billing codes may reflect new technology in testing, said Gelburd. She said some observers speculate that the rapid increase in lab spending might reflect that, with more patients in therapy, the tests are being used to ensure they are taking their proper medications and not abusing narcotics.

But the spending might also reflect a growing use of very expensive urine and blood tests when less expensive ones would be sufficient, said Kolodny.

"I worry about profiteering," said Kolodny. "We do need tests, but not the expensive ones. A lot of clinics are making extra money off these lab tests."

The overall increase in spending across all types of medical services "is a societal issue," said Gelburd, who says policymakers need to ensure that changes are made to address the problem.

"Are medical school curricula adjusting to recognize the growing need for these services? Are insurers increasing the number of providers in their networks to ensure sufficient access? Are consumers being educated? It's an issue that has to be dealt with in all quadrants."

Kaiser Health News is an editorially independent news service that is part of the nonpartisan Henry J. Kaiser Family Foundation. Julie Appleby is on Twitter: @Julie_appleby.