Accessibility links
Gap Insurance Takes Sting Out Of High-Deductible Health Plans : Shots - Health News What's old is new again — with the health care law requiring everyone to get some form of major medical insurance, insurance to pay for small-scale medical costs like deductibles is back. 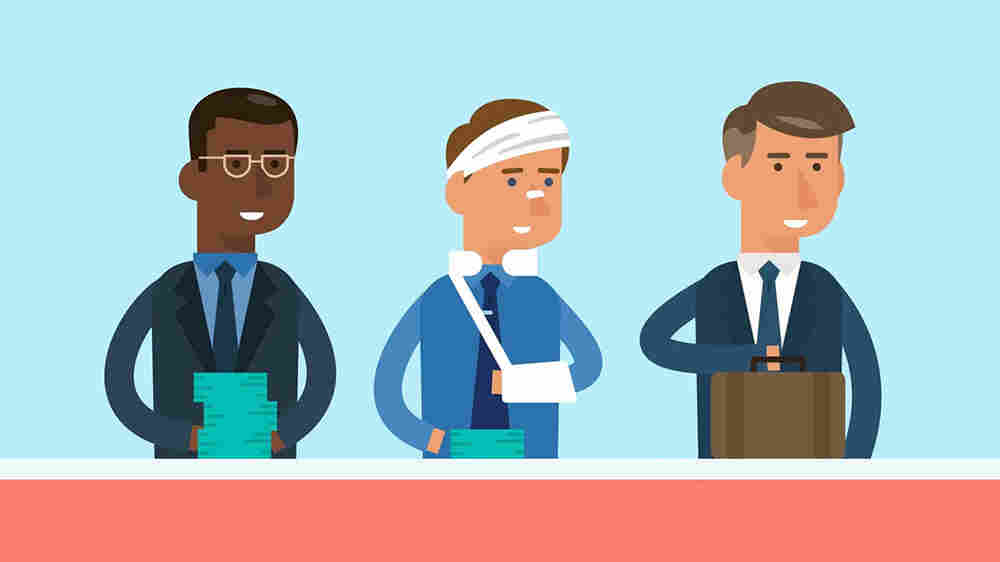 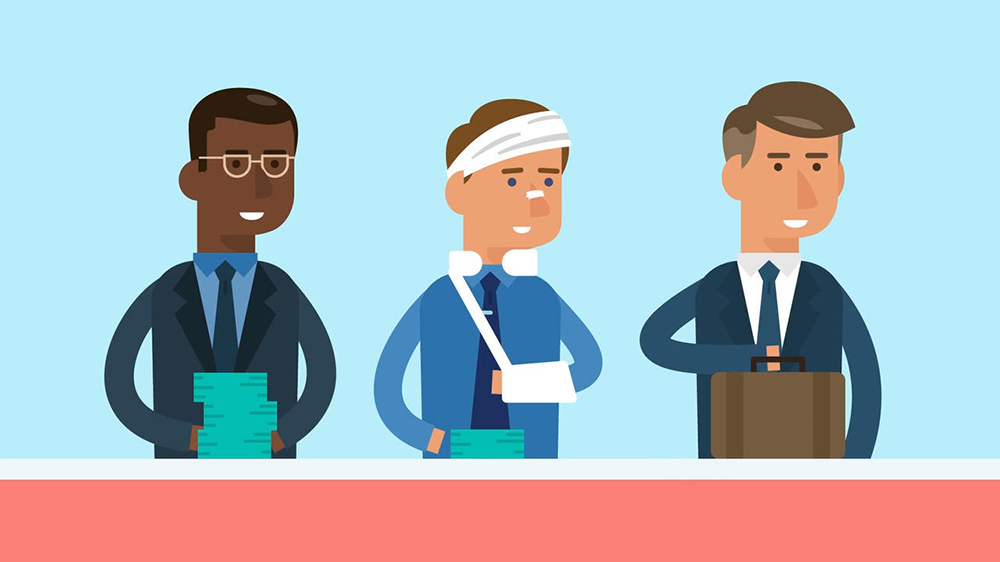 A screenshot from a video touting a gap plan called "Premium Saver."

For the first time in her life, 26-year-old freelance designer Susannah Lohr had to shop for health insurance this year.

She called up a major insurer in the St. Louis area where she lives, and it offered her a plan with a hefty $6,000 deductible — that's the amount she would have to cover herself before the insurance kicks in.

When she balked, the salesman on the phone suggested that she could buy a "gap plan," a separate policy for $50 a month to cover her deductible.

"After I got off the phone with him, I realized: That's actually just insurance for my insurance," she said, laughing.

The rising price of insurance is driving the trend, explains insurance broker Ryan Hillenbrand, president of the Missouri Association of Health Underwriters.

"People see the prices of individual insurance and they say, 'Boy, a $6,000 deductible seems really high. I don't want something that gives me that much risk,' " Hillenbrand says. "That's why [the gap insurance] market is heating up a little bit more."

Gap insurance is in a category of insurance known as "limited benefit." No matter how bad a person's situation, the plan will pay out only a certain amount of money. "Mini-med" policies, now illegal under the Affordable Care Act, are another example of a limited benefit plan

Now, there's renewed interest in gap plans. With monthly premiums on health insurance going up, more people are choosing cheaper, high-deductible options. In 2016, more than 90 percent of people buying insurance under the ACA chose plans with an average deductible of $3,000 or higher.

Next year, the cost of one of the most popular plans available under the Affordable Care Act could increase by 10 percent on average across the country. That comes on top of a 5 percent jump the year before.

When consumers see those prices, Hillenbrand says, "they get sticker shock."

"If you don't qualify for a subsidy, you're bearing the brunt of all that cost," Hillenbrand says. "And here come the gap plans."

About 8 in 10 people qualify for some form of subsidy on the Obamacare exchanges, helping to make insurance more affordable for consumers.

Businesses, on the other hand, are facing those costs on their own. And for some businesses, especially smaller firms, gap plans can make a lot of sense, says Alex Forrest, an insurance broker in South Carolina.

"The cost of health insurance is going up and businesses have been forced to deal with that by raising their deductibles or increasing out-of-pocket costs for their employees," he says. "That stinks."

With a gap plan, he says, companies can offer a package of health benefits that keeps out-of-pocket-expenses for employees down. And they still spend less than they would with higher-priced plans with lower deductibles.

Forrest says he has seen more gap insurance products for businesses come to market in the past few years. They're being marketed as a way to keep out-of-pocket expenses low for employees. This video explaining a plan called the "Premium Saver" boasts: "The only thing that's really different for you is, now, you have two [insurance] cards instead of one."

"It basically reimburses most of your deductible if you have an illness or injury that puts you in the hospital," says Diane Butrus, the company's COO.

Butrus says that Diba used to pay the deductibles directly for its employees, but as those deductibles started rising, eventually up to $3,000, "we couldn't afford to do that anymore."

The unpredictability was especially hard for a small company like Diba. The cost of covering employee deductibles swung widely year to year, hitting $25,000 one year when several employees needed serious care.

The hospital indemnity plan only costs the company just under $50 a month per employee — not exactly cheap at about $18,000 per year — but at least Diba knows exactly how much it will spend on insurance every year.

"It's been very good," says Butrus.

Not everyone is bullish about gap plans, however, especially for individual buyers.

Health economist Deborah Chollet of Mathematica Policy Research, an independent research firm, says the insurance reforms in the ACA were designed "basically to drive these kinds of creative insurance arrangements out of the market."

Because gap plans aren't major medical insurance, Chollet explains, they're not regulated by the health care law and can avoid complying with consumer protections built into the law. So the companies providing gap insurance, she says, "can ask you about your health status, they can deny you coverage, they can do all of the kinds of things that the Affordable Care Act prohibits."

Chollet says individuals might be better off getting an Obamacare plan through their state exchange, or at least checking to see if they qualify for subsidies, as 80 percent of consumers on the exchanges do.

That's what Lohr ended up doing. It took her three full days on HealthCare.gov to find the best plan, but after her tax credit, her monthly premium is about $200 and her deductible is just $600.

For people who are intimidated, overwhelmed or find the whole process of choosing a plan unmanageable, there are dozens of free health insurance navigators in each state — people you can talk to who will help you choose your coverage. It's something Lohr wishes she had known about when she started searching for a plan.

Editor's note at 5:20 p.m. ET: It should have been noted when this story was broadcast and published that until early this summer, Susannah Lohr was an employee of St. Louis Public Radio, which like KBIA is licensed by the University of Missouri. She and reporter Bram Sable-Smith have not worked together.