Accessibility links
Should Women Have To Have Counseling Before A BRCA Test? : Shots - Health News Doctors worry that requiring patients to see a separate genetic counselor will keep them from getting tested for mutations that significantly increase the risk of breast and ovarian cancer. 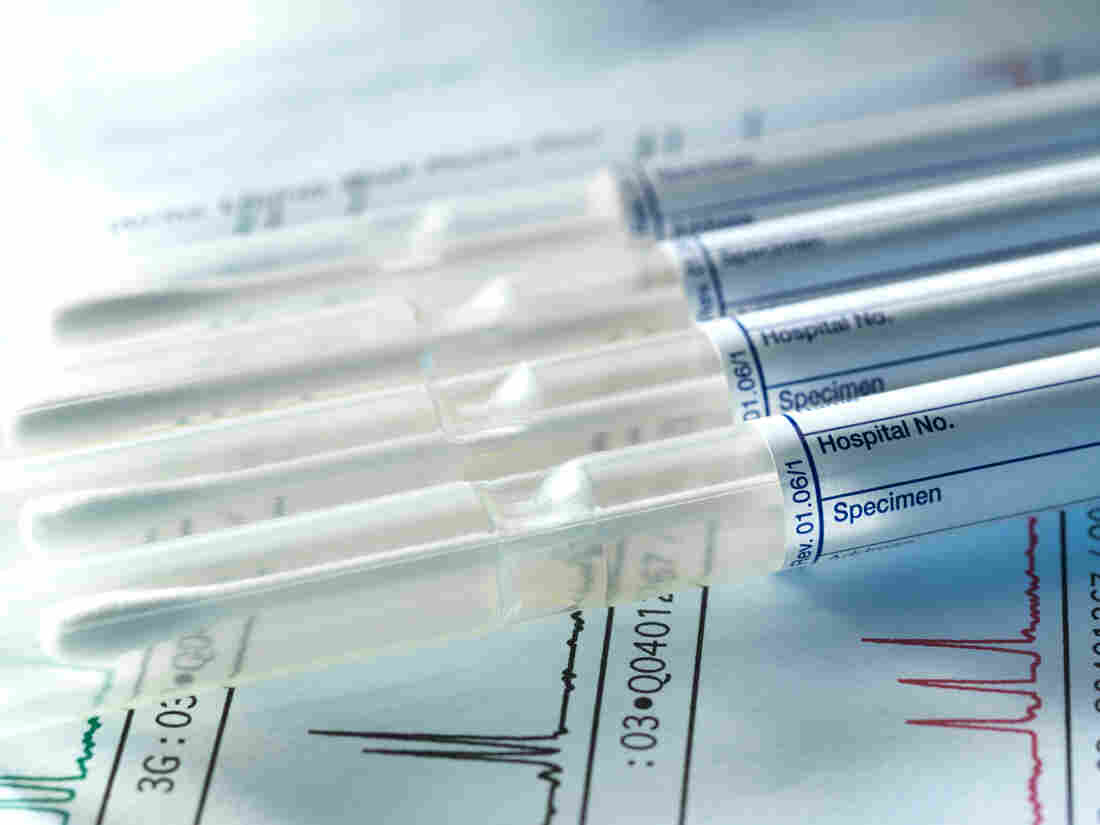 Family medical histories are used to figure out whether it is worthwhile for a woman to be tested for BRCA genetic mutations, which increase the risk of breast and ovarian cancer. Andrew Brookes/Cultura RF/Getty Images hide caption 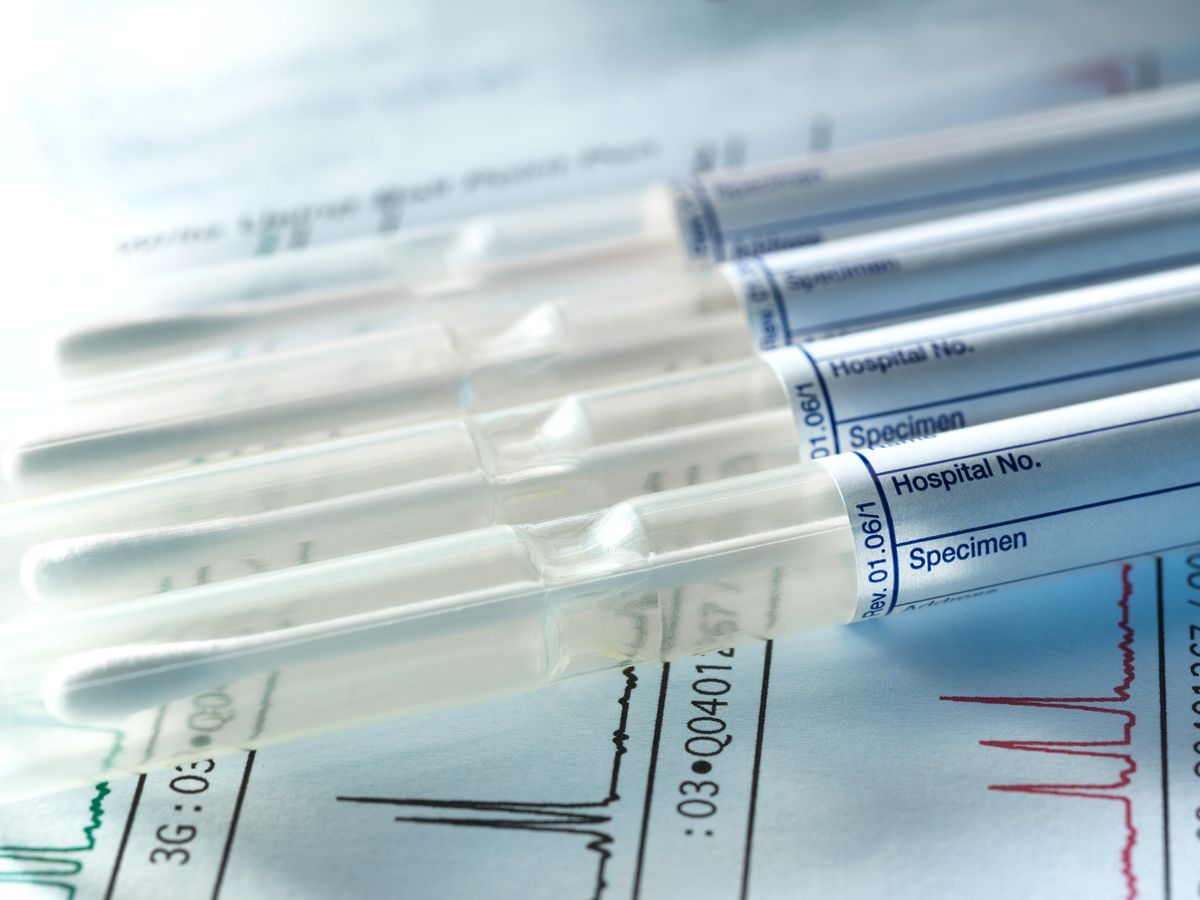 Family medical histories are used to figure out whether it is worthwhile for a woman to be tested for BRCA genetic mutations, which increase the risk of breast and ovarian cancer.

Health care providers and insurers agree that it's in everyone's best interest to refer women for genetic testing if their family history of breast or ovarian cancer puts them at higher risk. What they don't agree on is what should happen before testing — whether women need to be advised by a certified genetic counselor or someone with similar training before the test is ordered.

On one hand, obstetrician-gynecologists say that counseling patients about hereditary cancers of the breast, ovaries, uterus and other reproductive organs is part of their normal routine, as is counseling pregnant patients about prenatal genetic testing. As licensed physicians, OB-GYNs are considered competent to provide this type of care.

"This is what we do," said Dr. Mark DeFrancesco, the immediate past president of the American Congress of Obstetricians and Gynecologists, noting that most physicians have been taking family histories since medical school. "There are simple-to-understand criteria for who should be considered for genetic testing, and it usually has to do with whether you or someone in your family has had cancer."

DeFrancesco recalled a patient whose mother, grandmother and maternal aunt all had breast cancer — but the insurer required she see a genetic counselor before testing would be approved.

In such cases, "it will take a few extra weeks to get tested, and she might decide not to bother," he said.

DeFrancesco said genetic counselors have an important role to play after testing has been done to help patients who test positive for a genetic mutation understand the results.

In a statement released last December, the physicians group said it opposed such restrictions by insurers and warned that the requirement limits some patients' access to care.

But insurers sometimes take a different view, although their rules vary. Two national insurers, UnitedHealthcare and Cigna, for example, require women to receive counseling by a certified genetic counselor or other professional trained in cancer genetics before they will approve coverage for tests that look for harmful irregularities in BRCA1 and BRCA2, the two genes most commonly linked to an increased risk for cancers of the breast, ovaries and some other organs.

UnitedHealthcare began requiring genetic counseling for BRCA tests in January. The insurer allows physicians to do the counseling themselves if they attest to being qualified to do so, said Dr. Lee Newcomer, senior vice president for oncology and genetics.

In 2013, Cigna made independent counseling by counselors unaffiliated with the testing lab a requirement for any patient getting a genetic test for BRCA mutations or for inherited mutations linked to colorectal cancers or a heart condition called Long-QT. Last July, the company expanded the list to include all hereditary cancers.

There are other particular genetic mutations known to increase the risk for breast and ovarian cancers, but they are less commonly tested for.

The U.S. Preventive Services Task Force, an independent panel of medical experts, recommends that women with a family history of breast, ovarian, fallopian tube or peritoneal cancer be screened to determine whether they are at increased risk for BRCA mutations and be referred for genetic counseling and testing, if that's indicated.

Under the Affordable Care Act, women with insurance aren't responsible for paying anything out of pocket for the testing and counseling recommended by the task force if it is performed by in-network providers.

"We had concerns that people were having testing ordered that didn't appear to need it and probably didn't understand it," Hankoff said. In addition, "Too often the wrong tests were being ordered."

Genetic counselors, meanwhile, try to walk a middle line in the debate. To become certified, people complete a master's degree program that encompasses both classroom study and clinical training in, among other things, genetics, ethics and the psychosocial aspects of helping families through diagnosis and the decision-making process. Certification by the American Board of Genetic Counseling is typically required to practice.

"There are a lot of complexities with genetic testing," said Mary Freivogel, president-elect of the National Society of Genetic Counselors, who practices in the Denver area. "A lot of [OB-GYNs] don't have the time or interest to do this well."

With the number of genetic tests growing by leaps and bounds, meeting the demand for counseling can be a challenge, many in the cancer field agree.

And physicians don't necessarily get it right. For one thing, said Robert Smith, a cancer epidemiologist who is vice president for cancer screening at the American Cancer Society, they often aren't great at taking family histories, neglecting to gather information about male relatives, for example. Or they don't factor in close relatives who died at a young age.

"Not everybody has a set of family members that allow for the elevated risk to be obvious," Smith said. "There's a lot to be said for having a specialist do it."