Accessibility links
How To Help Kids Use Digital Technology Wisely : Shots - Health News You can nudge your kids' relationship with digital technology in a more healthful direction, but warning: It's going to require parents to change, too.

Trying To Get The Kids To Put Down Those Phones? Here's Help

Trying To Get The Kids To Put Down Those Phones? Here's Help 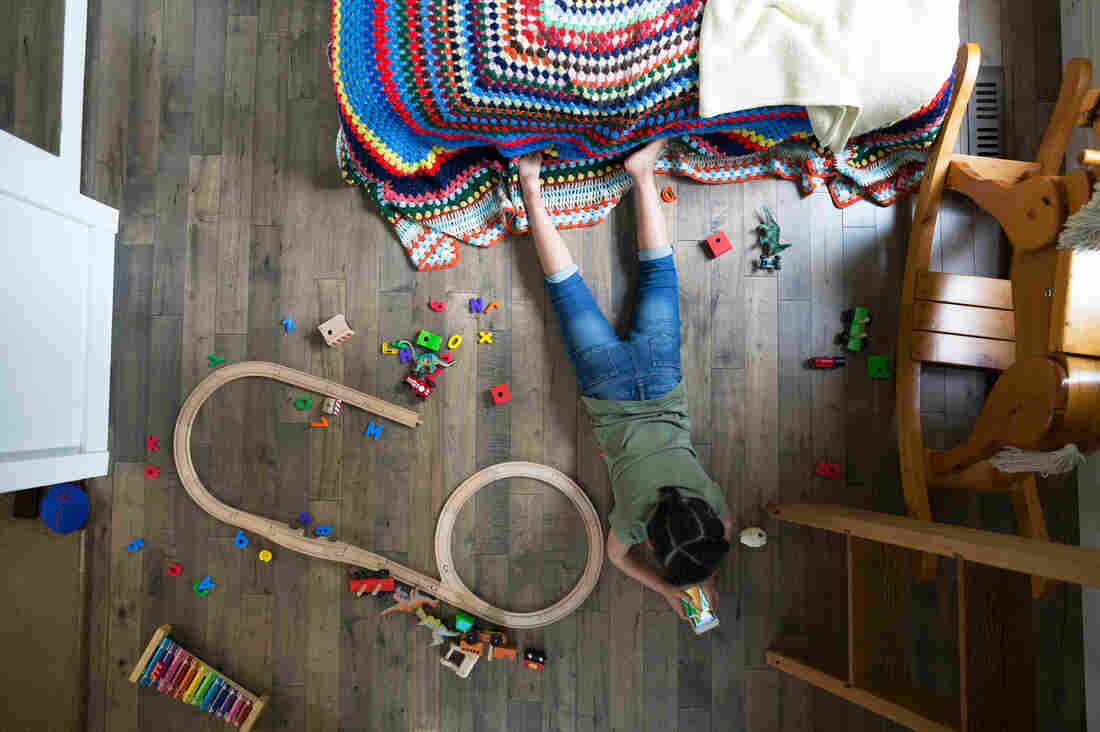 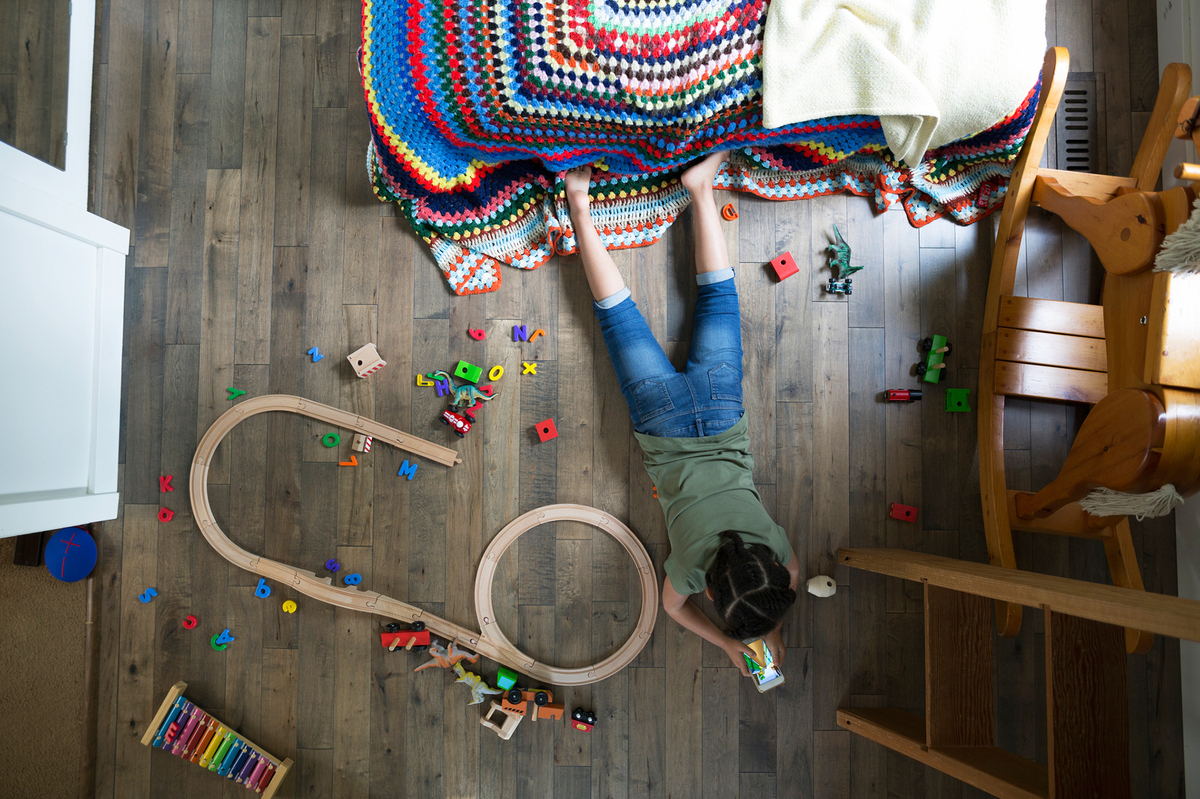 My mother swears I learned to read by watching The Electric Company on TV, so maybe that's why I was initially a bit lax when it came to my daughter and screen time.

But after realizing she would be perfectly content to spend every free minute switching between the PBS Kids app and toy unboxing videos on YouTube, my husband and I drew several lines in the sand and drastically limited her screen use by both time and content.

She's only 4, which means that we still face years of decisions surrounding smartphones, Minecraft, Snapchat and the yet-to-be developed apps, games and devices that will be competing for kids' attention in the years to come. And it's not only her I'm worried about; my own habits of constantly checking email after 6:30 p.m. and reading political Facebook posts at any hour make me anxious.

Most families have accepted digital technology into their homes, but many of us are unclear on how to use it wisely. And we worry about the mental and physical effects that excess tech may be having on our kids and ourselves. Melanie Hempe, founder and executive director of the nonprofit Families Managing Media in Charlotte, N.C., says she is concerned that overuse of digital technology isolates, rather than brings together, parents and kids both emotionally and physically. It also takes them away from activities that are shown to benefit their bodies and brains, like playing outside with a friend or reading a book. Here are some guiding principles for parenting in the digital age from conversations with Hempe and other experts:

Be aware that not all tech is the same. Rather than making rules based strictly on screen time, figure out what your kids are actually doing when they're on the computer or their phone, says Devorah Heitner, who founded Raising Digital Natives and is the author of Screenwise: Helping Kids Thrive (and Survive) in Their Digital World. Ask them to show you exactly which sites they visit and how they spend their time. They might be doing homework, composing music or writing a novel. Or they might be playing a first-person shooter game or following the Kardashians' every move on Instagram. Your limits on their use are likely to vary accordingly.

If you're concerned about compulsive use, current research suggests that online games seem to be the technology most likely to "potentially result in problems," says Daria Kuss, a psychologist and member of the International Gaming Research Unit at Nottingham Trent University in the U.K. "They're highly interactive and can engage players to such an extent that they easily forget about the time and their environment." (Internet gaming disorder is identified in the current Diagnostic and Statistical Manual, the DSM-5, as a condition that warrants further study.) That doesn't mean your kid can't game, but it does mean you might want to be more alert to the potential for problems if that's his main online activity.

Think about the role tech plays in your family life. "You should be focused on your values and what you think is important," says Hempe. Does everyone sit around the living room watching their own shows on their own iPads? Maybe it's time to institute family game or movie night. Can your children name three things they like to do as much as or more than an online activity? If not, maybe it's time to help them broaden their horizons. Do you spend more time posting witty remarks on Twitter than saying them out loud to your spouse? Schedule a regular tech-free date night.

Model good behavior, online and off. "We've fallen into this mental sinkhole where we get a communication and feel we have to respond to it," says Larry Rosen, a psychologist and professor emeritus at California State University, Dominguez Hills. That didn't happen overnight, but by now many people feel compelled to check social media constantly and to read and respond to emails and texts within minutes.

"We act out of this creeping anxiety of not being current," says Rosen, who is co-author of The Distracted Mind: Ancient Brains in a High-Tech World. And if your kids see you drop everything to respond to an email during dinner, they're going to get the idea that it's OK to drop everything and respond to a text during their homework.

Rosen suggests weaning yourself by taking increasingly long tech breaks during the day, starting at one minute and working up to 30 minutes. And help kids with their own connectivity anxiety by telling them they're not bad friends if they aren't immediately answering a late-night text, says Heitner. "Model boundaries, and model being unplugged," she says.

Also, show your kids when and how to take your communications offline. "Show you need to be able to go to someone face to face to resolve relationship difficulties," says Heitner. "Show them how to move away from an Instagram comment to 'I'm sorry I hurt your feelings.' "

Have tech-free zones and times. One way to help everyone curb overuse is to create tech-free zones, says Rosen. Those can be geographical, like banning technology at the kitchen table or bathroom. Removing smartphones and tablets from the bedroom is also helpful — at the very least, take out the devices a few hours before bedtime, since for a variety of reasons, they seem to contribute to poor sleep.

One 2014 review of research found an association between more screen time and later bedtimes and shorter sleep lengths in kids and teens. And a study published this year found that young adults who reported greater social media use also had greater odds of a sleep disturbance.

You can also carve out time or situations where no tech is permitted. Ann Steel, a licensed mental health counselor and former practicing physician in Seattle who sees a lot of patients with technology dependence, suggests one family tech-free day a week. Or require everyone to turn devices off during family dinners or car rides.

Let them learn for themselves. Heitner is a firm believer in allowing your kids to come to their own conclusions about tech when at all possible. That may mean allowing them to face the natural consequences of staying up late chatting online the night before a test. Or it could be letting them figure out for themselves the benefits of being unplugged during tech-free periods like sleepaway camp. But on the other hand, you know your kids, and it's perfectly fine to step in and curb their technology adoption if you think they can't handle it. "If you think your kid is too immature to get a phone, don't discount that," she says.

Keep an eye out for signs of serious trouble. "There's a continuum of behavior," says Heitner. Just because you have a hard time tearing your child away from Minecraft doesn't mean he's "addicted." But in some cases kids can have serious issues with technology — whether it's gaming, social media or something else — that require professional help. If your kid is using tech to the exclusion of things like sleeping, friends and school and can't change his or her ways, Steel says, it may be time to seek out therapy.