Accessibility links
Chasing Charmanders: People Are Driving While Playing Pokemon Go : Shots - Health News People are playing Pokemon Go while behind the wheel — and then tweeting about it. And causing crashes. Immersive games like this can be even more dangerous than texting, researchers say. 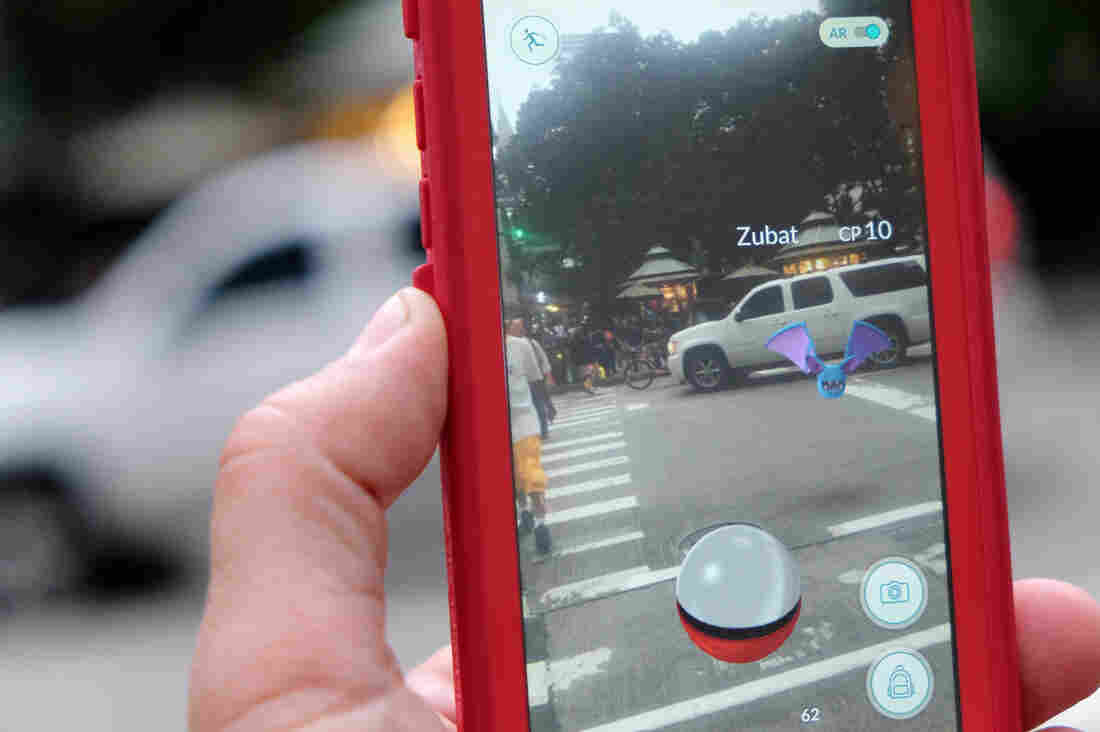 Sure, you could get run over trying to catch that Zubat. But is it worth it? They're the worst. Mike Coppola/Getty Images hide caption 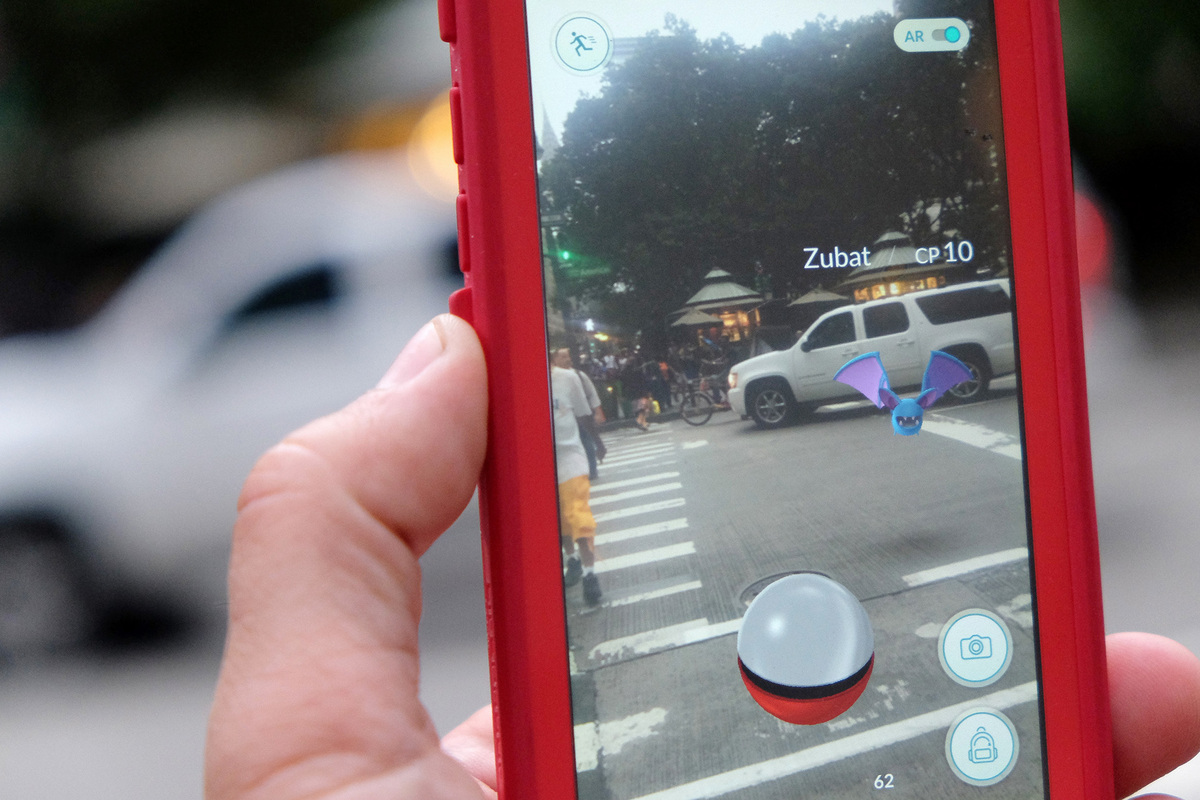 Sure, you could get run over trying to catch that Zubat. But is it worth it? They're the worst.

Pokemon Go trainers will do almost anything for a rare find, including getting into a car and speeding around to catch them. And then they tweet about it. According to a study, there were over 113,000 social media messages in 10 days last July that showed people getting into potentially unsafe traffic situations while trying to catch cute virtual monsters.

One Twitter post came from the Baltimore Police Department, which posted body camera footage of officers talking on the sidewalk late at night on July 18. In a moment, an SUV strikes their parked cruiser and skids down the street.

"Are you OK?" one of the officers says while hurrying up to the car.

#PokemonGO is not all fun and games. Here is a video of a distracted driver who struck one of our cars. #PlaySafe pic.twitter.com/kOTfbTcILo

"That's what I get for playing this dumbass game," the driver replies. He shakes his head at his phone and palms his face.

A lot of people have been dangerously close to getting into similar accidents, according to the study published Friday in JAMA Internal Medicine.

In an effort to plumb how much of a menace players of the wildly popular augmented reality game present, the researchers analyzed 345,433 tweets between July 10 and 19 that contained the words "Pokemon" and "driving, drives, drive" or "car."

It's difficult to assess from Twitter just how big the problem is overall. Not everyone uses social media, and of the people who do tweet, not all of them will post about their motor vehicle adventures with Pokemon Go. "[So] we know we're undercounting," says John Ayers, a big data scientist at San Diego State University and an author of the study.

But undercounting by how much is impossible to say, and the analysis didn't reveal whether people were getting into crashes or not. According to the Centers for Disease Control and Prevention, 1,161 people are injured daily in crashes involving distractions like calls or texting. In Ayers' 10-day study period, they found 14 Pokemon Go-related motor vehicle accidents in a separate search of media reports.

Still, catching Pokemon could be a special hazard to the road, Ayers thinks. "This is a new distraction amplified for many, many reasons," he says. "In the case of augmented reality games, the goal is to interact with your environment." In driving, that can be dangerous.

And people may choose to drive so they can cover more ground and catch more Pokemon, spending a prolonged time driving and using the app. "You get in the car to go play. Think about that. That's crazy."

The data show that catching Pokemon is a threat to drivers and pedestrians, agrees Catherine McDonald, a researcher at the University Of Pennsylvania School Of Nursing and the Children's Hospital of Philadelphia who studies risky driving in teens. And it could be particularly true for young people, who may prioritize a charmander, possibly the cutest Pokemon in the game, over the road. "The gaming aspect or the collecting of Pokemon and the competition aspect may outweigh some of the [safety] risks for them," she says.

Pokemon Go already shows warning alerts when the phone is moving over a certain speed limit and asks users to confirm they're passengers before playing.

But Ayers says that Niantic, the game developer, should go further like excluding play for everyone traveling at driving speeds, including passengers. Niantic did not respond to a request for comment.

Similar to how regulations require the automotive industry to include features like seat belts, Ayers says tech developers should have a responsibility to public safety as they use new technologies, like the augmented reality feature that Pokemon Go employs. "We need to make it so not just Pokemon Go but all augmented reality are restricted in some way when you're at speed or recently been at speed," he says.

Developers like Niantic might be able to update the app to make it safer, but data scientist Sean Young at UCLA and the University of California Institute for Prediction Technology says they're not obligated to make something safe. "It's up to researchers and public health officials to be able to keep up to date with technologies like this," he says, "and when these things should be regulated and how."

Understanding that is going to take effort from people with varied expertise. "Technology is having such a strong effect on our lives [that] we need multiple areas to converge," Young says. "The developers of Pokemon Go can do one thing. Researchers can also help. Law enforcement can also help."

And, Young adds, consumers need to decide what tech they use, and when.