Accessibility links
A Look At How The Revolving Door Spins From FDA To Industry : Shots - Health News About 27 percent of Food and Drug Administration reviewers who approved hematology-oncology drugs from 2001 through 2010 left to work for the industry they previously regulated, an analysis found.

A job reviewing drug applications at the Food and Drug Administration can be the springboard for a career in industry. Andrew Harnik/AP hide caption 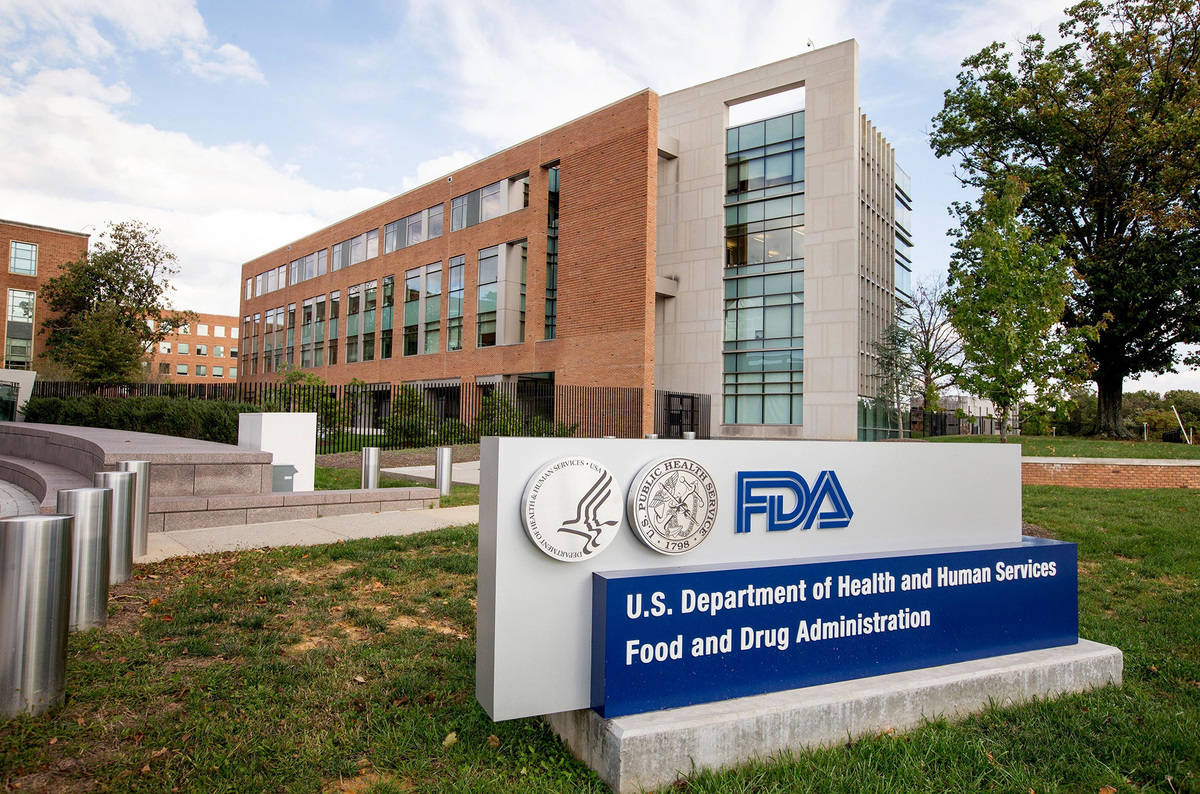 A job reviewing drug applications at the Food and Drug Administration can be the springboard for a career in industry.

More than a quarter of the Food and Drug Administration employees who approved cancer and hematology drugs from 2001 through 2010 left the agency and now work or consult for pharmaceutical companies, according to research published by a prominent medical journal Tuesday.

Dr. Vinay Prasad, a hematologist-oncologist and assistant professor at Oregon Health and Science University, sought to understand the so-called "revolving door" between the FDA and the pharmaceutical industry, which he said is often discussed but hadn't been quantified.

"We all know about these anecdotal cases" of a person who was "often a major player at the FDA, someone in an important role — and then they leave the FDA and go and work for industry," Prasad said, but he couldn't find anyone who knew whether this happened "5 percent or 60 percent" of the time.

Prasad and his colleague Dr. Jeffrey Bien, an internal medicine resident also at OHSU, tracked 55 FDA reviewers in the hematology-oncology field from 2001 through 2010, using LinkedIn, PubMed and other publicly available job data. The researchers found that of the 26 reviewers who left the FDA during this period, 15 of them, or 57 percent, later worked or consulted for the biopharmaceutical industry. Put another way, about 27 percent of the total number of reviewers left their federal oversight posts to work for the industry they previously regulated.

Prasad and Bien published their findings as a research letter in The BMJ, formerly The British Medical Journal.

Going to work for industry after leaving the FDA isn't inherently bad, but it does raise some questions.

"If you know in the back of your mind that your career goal may be to someday work on the other side of the table, I wonder whether that changes the way you regulate," Prasad said. "Are you more likely to give [companies] the benefit of the doubt? Are you less likely to beat them up hard over [using bad comparisons in drug studies]?"

Prasad focused his research on his own field — hematology-oncology — because it spawns a large number of new drugs and reviewers have a lot of autonomy, he said.

"There's a lot of room for interpretation in deciding whether or not a cancer drug should be approved," he said, because so many studies of cancer drugs rely on what's called a "surrogate endpoint," meaning that something other than survival or quality of life was measured to determine whether a drug worked. For example, shrinking a tumor may be a stand-in for survival. But according to one of Prasad's previous studies, there isn't always evidence that surrogate endpoints are linked to better health outcomes for patients, suggesting that some approved drugs aren't as beneficial as they appear.

"Sometimes, the public needs [the FDA reviewers] to be firm. If they're not, no one else in the health care sector is going to be," Prasad said, adding that once the agency approves a drug, the Centers for Medicare & Medicaid Services has to cover it and can't negotiate prices under current laws. "The FDA is often the only real wall between ineffective, harmful drugs and patients."

He and Brien tracked reviewers instead of higher ranking officials because reviewers provided a larger sample size, Prasad said. They would have liked to include reviewers named on denials as well, but the denial documents are secret, making it impossible to identify the reviewers.

Although Prasad said FDA reviewers have a lot of power over approvals, Dr. Joshua Sharfstein, the FDA's principal deputy commissioner until 2011, disagreed.

"There are just so many checks and balances within the review process that it's really not up to one person by and large," said Sharfstein, now an associate dean at the Johns Hopkins Bloomberg School of Public Health in Baltimore. "Key regulatory decisions are looked at from many different angles. I think it would be very difficult for an individual to do something inappropriate and not have that caught."

Sharfstein said he has met with companies to offer advice, but wasn't compensated for it.

The revolving door is a fair topic to study, he said, but having former FDA officials on the pharmaceutical industry payroll can have a public health benefit. Former FDA employees with deep knowledge of the approval process can help make it go smoother by ensuring all the relevant research is complete and that the latest pathways to approval are understood.

FDA spokesman Jason Young said employees leave the government to work for industry at various agencies, not just the FDA.

"The FDA has a strong set of rules in place to ensure that our employees are working in the public interest, not to advantage any company, organization or individual," he said, adding that these include protecting confidential information they learned at the FDA and a cooling-off requirement for senior officials before they can work for industry.