Accessibility links
Sarepta Seeks Payday Through Sale Of FDA Voucher : Shots - Health News A voucher awarded to a company that finds a treatment for a rare childhood disease can be sold to the highest bidder and then used to fast-track the review of another drug. Are the prizes worth it?

Are Golden Tickets That Speed Drugs Through FDA Worthwhile?

Are Golden Tickets That Speed Drugs Through FDA Worthwhile? 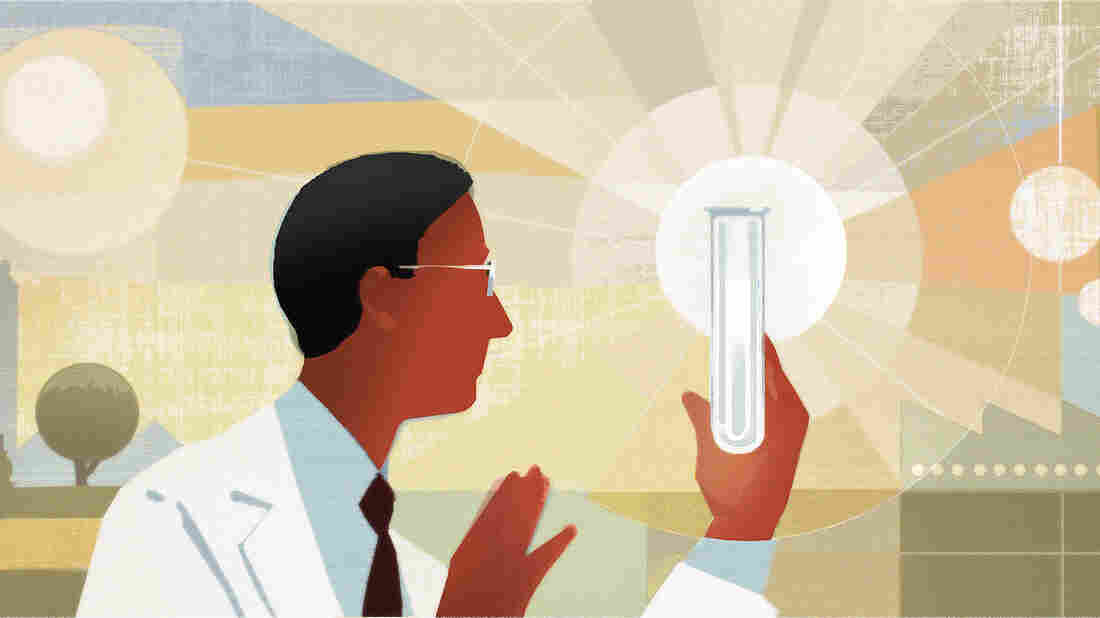 Sarepta Therapeutics was awarded a voucher for a fast-track drug review by the Food and Drug Administration when the company's medicine for Duchenne muscular dystropy was approved Sept. 19. Now Sarepta is looking to sell the voucher to the highest bidder. Mick Wiggins/Ikon Images/Getty Images hide caption 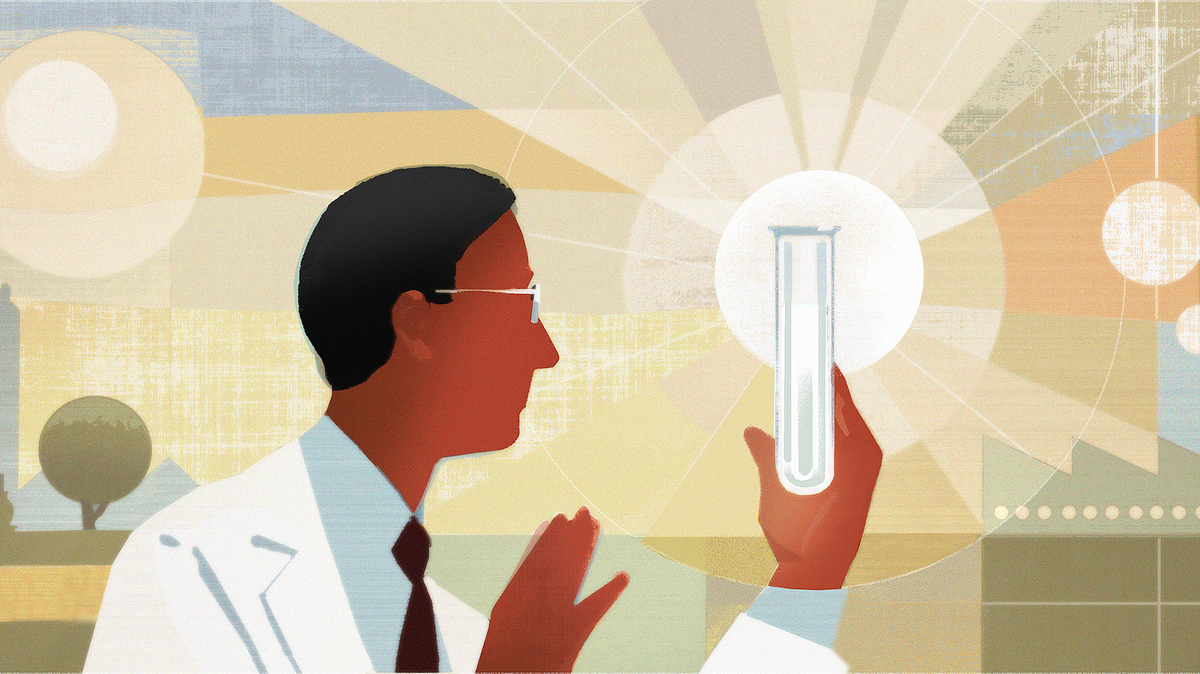 Sarepta Therapeutics was awarded a voucher for a fast-track drug review by the Food and Drug Administration when the company's medicine for Duchenne muscular dystropy was approved Sept. 19. Now Sarepta is looking to sell the voucher to the highest bidder.

Drugmaker Sarepta Therapeutics won a big victory when its $300,000 muscular dystrophy drug was approved Sept. 19, despite questions about its effectiveness.

But the company had other reasons to celebrate. It was also awarded the pharmaceutical industry's version of a Willy Wonka golden ticket.

The ticket, known as a priority review voucher, was created by Congress in 2007 to encourage the development of drugs for neglected tropical diseases and was expanded in 2012 to rare pediatric disorders. A company that gets a qualifying drug approved can be awarded a voucher that can be redeemed for a fast-track government review of one of its future drugs. Or the voucher holder can sell the golden ticket to the highest bidder.

A voucher can help a drug company leapfrog a rival.

"The only people who would buy a priority review voucher would be someone who had something that wouldn't merit its own priority review but they want the priority review," says Dr. Tim Coté, a former FDA official who now runs a consulting firm for rare disease drugs.

A voucher guarantees a company that its drug will be reviewed within six months, as compared with the standard 10. But approval isn't assured, just a speedier decision.

The sale of a voucher can earn a lot of money for a small company like Sarepta. Last year, a voucher sold for a record $350 million when AbbVie Inc. bought one from United Therapeutics. AbbVie hasn't disclosed its plans for the voucher.

Members of Congress, the pharmaceutical industry and rare-disease advocates have passionately supported vouchers as a way to spur development of drugs for rare and neglected diseases. But skeptics, including FDA officials and some academics, have questioned whether the program is paying off.

Nancy Goodman, executive director of Kids v Cancer, is a champion of vouchers. She created her foundation after her son died seven years ago of medulloblastoma, a type of brain cancer that often affects children.

There were no drugs available for her 10-year-old son, she said. "I believe and hope we will see a whole crop of pediatric disease drugs because of the program," Goodman said.

Legislation extending the pediatric voucher program through early December passed the House and Senate by unanimous consent and awaits action by President Obama, who is expected to sign it. The program was set to expire Oct. 1.

Advocates are fighting to keep the program authorized until Dec. 21, 2018, as part of the 21st Century Cures Act, which has passed the House and has stalled in the Senate, where backers hope it will be taken up after the elections.

But officials at the FDA, which must implement the vouchers, are at odds with industry and advocates.

Dr. John Jenkins, director of the office of new drugs in the Center for Drug Evaluation and Research at the FDA, has said he supports the overall goal of providing incentives to promote drug development but that the voucher program is wrong.

In December, Jenkins told the industry publication Pharmaceutical Executive that vouchers raise safety concerns because the program requires the FDA to give any drug accelerated review – even when reviewers have to address complex issues. "We're not making pizza here," he said.

Jenkins declined interview requests for this story. FDA spokeswoman Sandy Walsh said, the "FDA has not seen evidence that the program is effective."

Walsh also said the agency is concerned that the voucher program "adversely affects the agency's ability to set its public health priorities" and "the additional workload from the program strains the agency's resources."

The voucher program does require companies to pay an additional user fee of nearly $3 million on top of the standard fee to review a drug, in order to help the agency pay for the program.

Price Rises For Ticket To A Quicker Drug Review By FDA

But the additional money may not be sufficient.

In March, a Government Accountability Office report on pediatric vouchers said FDA officials complain there is too little time to use the money to hire and train additional employees to do accelerated reviews and that the one-time fee does not enable hiring of long-term staff.

The GAO's report said it was too early to say whether the program is stimulating development of drugs for rare childhood disease. Of the seven pediatric review vouchers that have been awarded, four have been sold to other drug companies.

Drugmaker Sanofi has redeemed two pediatric vouchers. For the first, it paid $67.5 million to BioMarin, developer of a treatment for Morquio A syndrome, a rare, inherited disorder, and used it to expedite review of the cholesterol drug Praluent. Later, Sanofi spent $245 million for a pediatric voucher from Asklepion Pharmaceuticals, maker of treatment for a rare childhood metabolic disease. Sanofi said in February it would be used to speed up the FDA's decision on a Type 2 diabetes treatment.

Vouchers don't expire. If a voucher isn't used, it can be sold an unlimited number of times.

Sarepta plans to sell its voucher. Chief Financial Officer Sandy Mahatme told Wall Street analysts the company has already reached out to "a bunch of potential buyers." He said the proceeds would help finance other drugs in its pipeline, pay to scale up its manufacturing capacity and support the company's entry into European markets.