Accessibility links
CDC Urges Americans To Get A Flu Shot As Soon As Possible : Shots - Health News There's plenty of vaccine available this year, and the sooner people get vaccinated the better, federal health officials say. A recent drop in vaccination, especially among the elderly, concerns them. 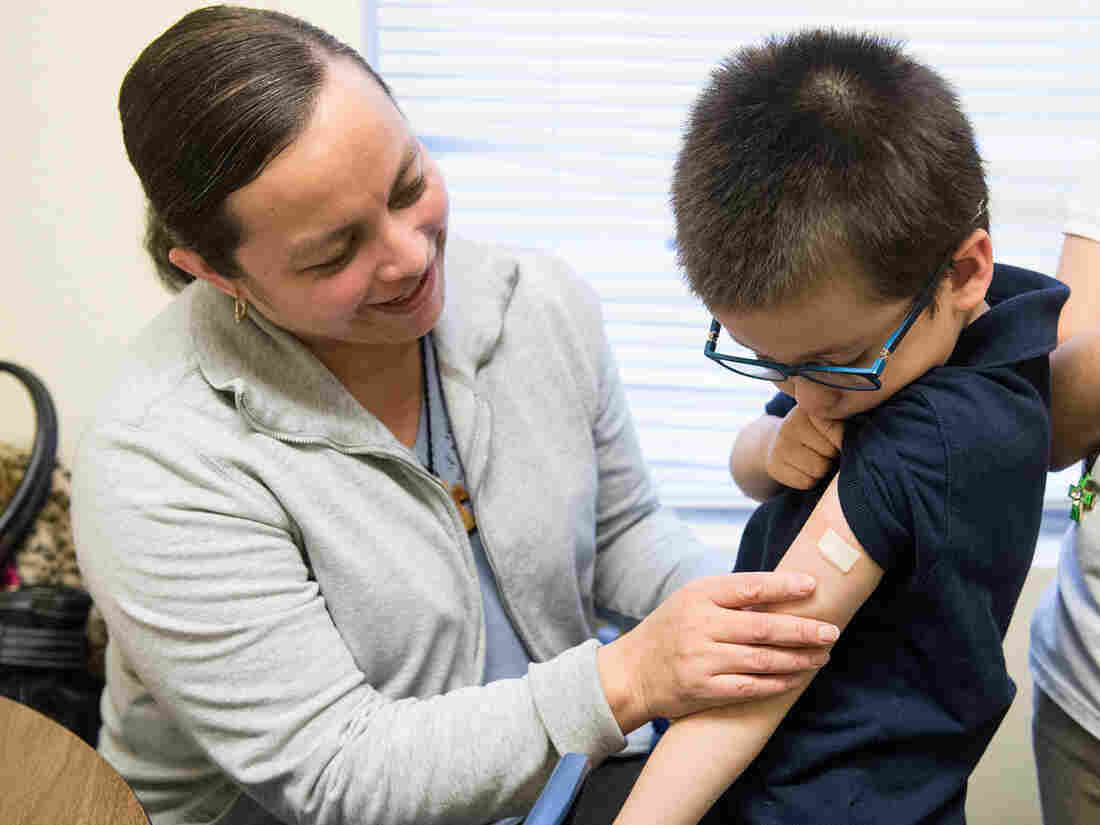 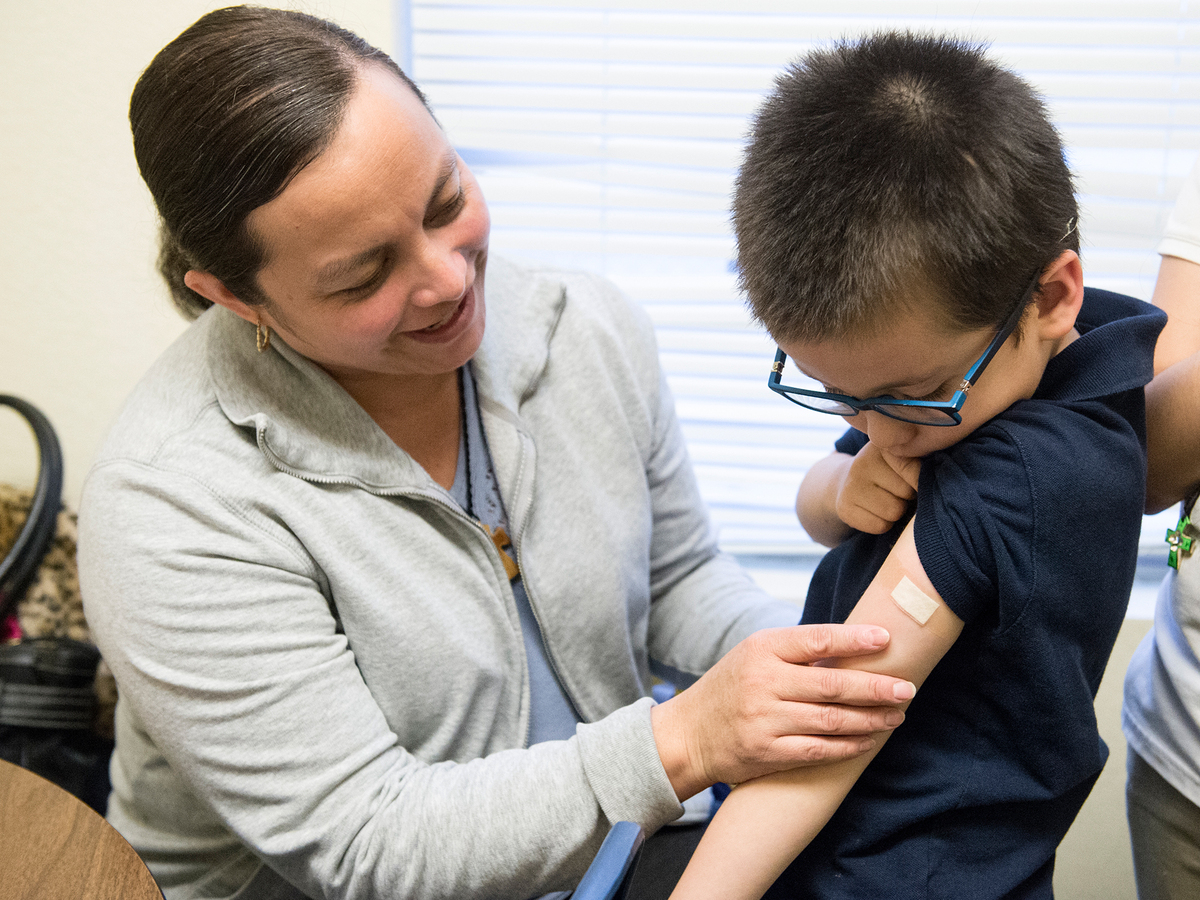 Luz Barajas took her son Carlos Cholico to get his flu shot at Crawford Kids Clinic in Aurora, Colo., last year. Health officials say there is some evidence the flu shot is more protective than the nasal flu vaccine.

Federal health officials are urging all Americans to get their flu shots as soon as possible, and are especially concerned that too few elderly people are getting vaccinated.

"Flu is serious. Flu is unpredictable," Dr. Thomas Frieden, the director of the Centers for Disease Control and Prevention, told reporters during a joint briefing Thursday with the National Foundation for Infectious Diseases. "Flu often does not get enough respect."

While the influenza virus causes relatively mild illness in most people, the disease can lead to tens of thousands of deaths during severe flu seasons, Frieden noted. About 100 children die each year from the flu.

The CDC and other infectious disease specialists are concerned by a recent drop in seasonal flu vaccination. About 45 percent of the U.S. population got vaccinated against the virus last year, which was down 1.5 percentage points from the previous year.

As many as 168 million doses of flu vaccine should be available this year, and more than 93 million have already been distributed, according to the CDC.

"There's plenty for everybody," Frieden said.

Yes, It Is Possible To Get Your Flu Shot Too Soon

Although some questions have been raised about whether getting the flu vaccine too soon may diminish its effectiveness, federal officials recommended against anyone waiting. Similarly, some research recently questioned whether protection from the vaccine may wane more quickly among people who get vaccinated every year. But the CDC and other infectious disease specialists still advocate annual vaccination.

The nasal spray vaccine, which many parents have preferred for their children, is not being recommended this year because recent research has questioned its effectiveness. Researchers are still trying to confirm if and why the nasal version might be less effective than the shot.

But two new flu vaccines are available this year. One protects against four strains of flu instead of just three. The other contains a substance known as an "adjuvant," which boosts the vaccine's effectiveness.

Health officials recommend that most people simply get whichever version of flu shot is most readily available to them rather than wait for a specific version.