Accessibility links
For People With Type 1 Diabetes, An 'Artificial Pancreas' Is Almost Here : Shots - Health News The new system joins a continuous glucose monitor with an insulin pump, which work together to keep blood sugar from going too high or too low. That will make it safer to sleep through the night. 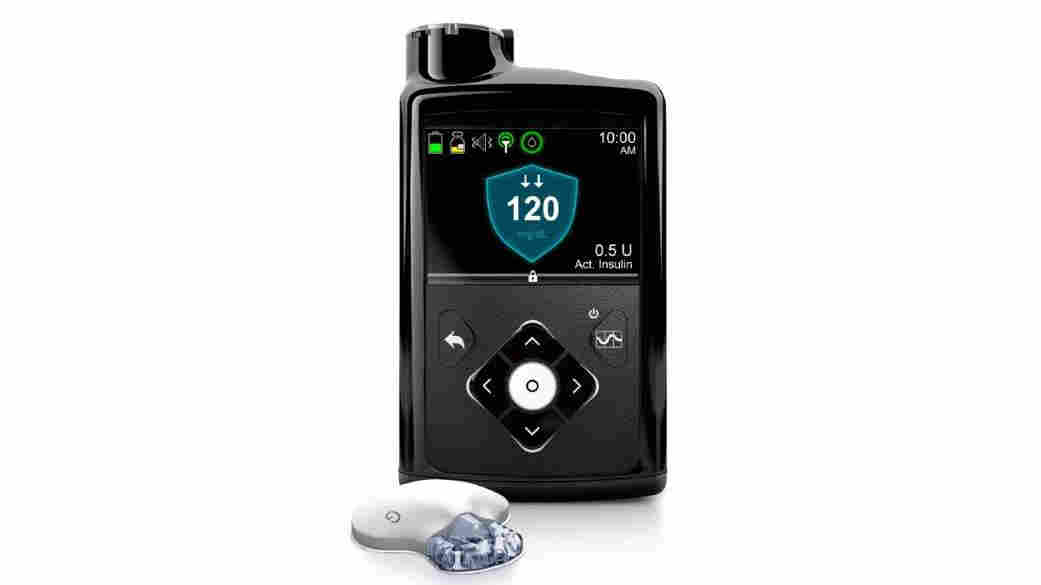 The MiniMed 670G hybrid closed loop system is the closest thing yet to an artificial pancreas for people with Type 1 diabetes. Medtronic hide caption 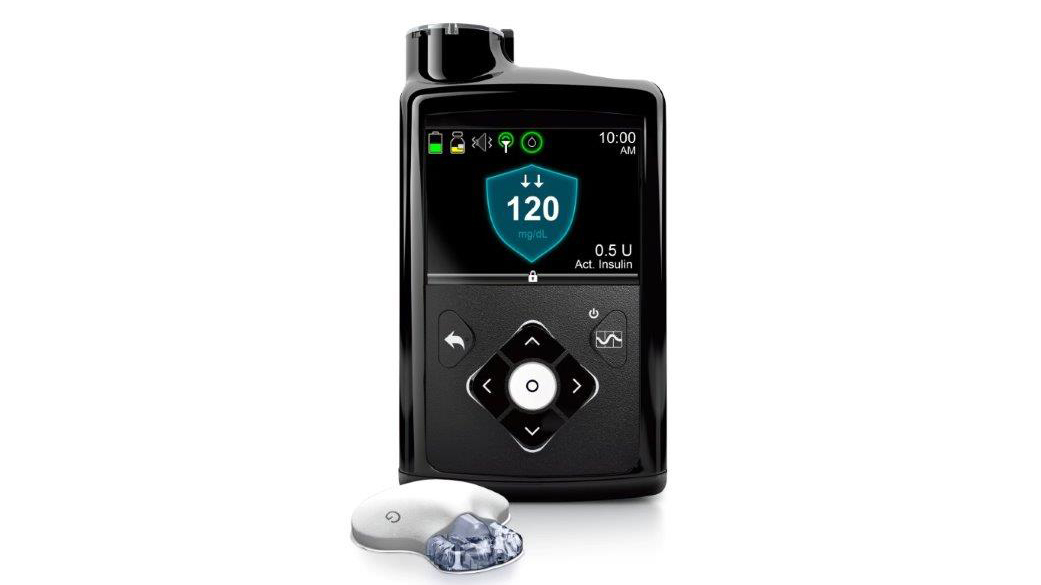 The MiniMed 670G hybrid closed loop system is the closest thing yet to an artificial pancreas for people with Type 1 diabetes.

The Food and Drug Administration's approval of a new insulin delivery system for people with Type 1 diabetes is a big deal.

With Type 1 diabetes, the pancreas makes little or no insulin so people have to replace it with either multiple daily injections or a pump. In either case, that process involves constant error-prone adjustments, particularly around food and exercise. Over the long term, high blood sugar levels can lead to organ damage, but over-correcting by giving more insulin can cause dangerous low blood sugars that can lead to unconsciousness.

The device, Medtronic's MiniMed 670G hybrid closed loop system, is made up of an insulin pump and continuous glucose monitor (CGM), both of which are already on the market separately. The new part involves the communication between the two devices.

Medtronic's previous system already had a feature that would shut down the insulin pump if the wearer's blood sugar dropped too low. But the 670G predicts when a person's blood sugar is dropping and prevents the low in the first place, and also corrects high blood sugars.

This is the first such machine in the world with that level of automation, and thus it is informally being called the first "artificial pancreas" system.

However, it's called a hybrid rather than a fully closed-loop system because users will still need to signal that they're about to eat and estimate the carbohydrate count of the food so the device can calculate the additional amount of insulin needed. That means there's still the possibility of mistakes. But now if that count is off, the 670G will correct the error automatically.

For people with Type 1 diabetes, the new capabilities mean they can both sleep through the night without worrying about their blood sugars dropping too low and can go through their day without having to think about their diabetes all the time, according to Aaron Kowalski, chief mission officer for the JDRF, the organization that funds much of the "artificial pancreas" research.

"You get almost normalized overnight blood glucose. For people with Type 1 diabetes, that's massively important," he said, adding that the overall 24/7 burden reduction means better quality of life. "The diabetes isn't gone, but [wearers] can think about it less ...This is a historic milestone."

Medtronic, via the MiniMed division that it acquired in 2001, was the first to market because it's still the only company that manufactures both the insulin pump and CGM technology. But at least five other partnerships between other manufacturers are now developing closed-loop systems, some using already-available pumps and CGMs, others creating new devices. The systems will likely differ from one another in form, user interface and in the algorithmic approaches embedded in the communication software, "so people with diabetes will have more choices," Kowalski says, noting that JDRF is "celebrating Medtronic because it's the first commercial system, but we're supporting the entire field."

Of course, the field still faces challenges. One of the major technological problems is that insulin deposited just under the skin takes too long to begin working; that's why people still need to signal ahead that they're about to eat. The JDRF is currently funding several initiatives working on making faster-acting insulins.

"The faster the insulin works, the more closed the loop will be," Kowalski notes. "It's not easy, but there's a lot of work going on."

Wearability is another issue. Some people simply don't want to be strapped to devices, even if it means better diabetes control. So, the JDRF has recently announced new funding for miniaturization of the devices.

And of course, there's the problem of access. While insurance coverage for insulin pumps is widely established, this is not the case for the CGM component. Medicare doesn't cover CGM technology, meaning that people now must give up those devices or pay out of pocket when they reach age 65. The JDRF is one of several organizations lobbying to change that, as well as to make sure that all payers recognize both the health and economic advantages of new diabetes technologies.

"This is a priority for us," Kowalski says. "We need to make sure people have access. Not just rich people, but anybody who will benefit."

For now, the 670G, which the FDA gave the nod on Wednesday, is approved only for people ages 14 years and older. Medtronic is studying it in children ages 7 to 13 with the aim of making it available for them, too.