Accessibility links
Why Are Most Addiction Rehabilitation Programs 28 Days? : Shots - Health News Decades ago, a researcher came up with 28 days as the ideal length of stay for inpatient alcoholism rehab, despite lack of evidence that it worked. That model is now being used for opioid addiction. 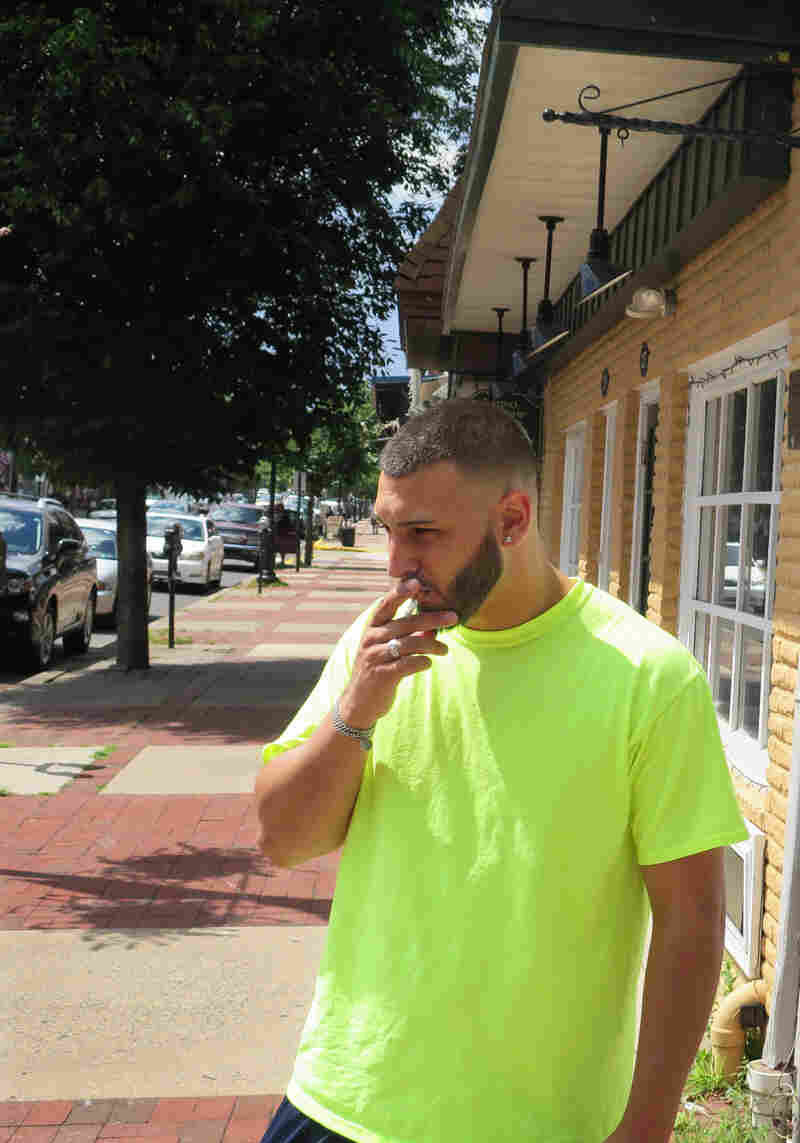 After a string of inpatient rehabilitation stays, Louis Casanova, who lives near Philadelphia, says he is still trying to break his addiction. Ben Allen/WITF hide caption 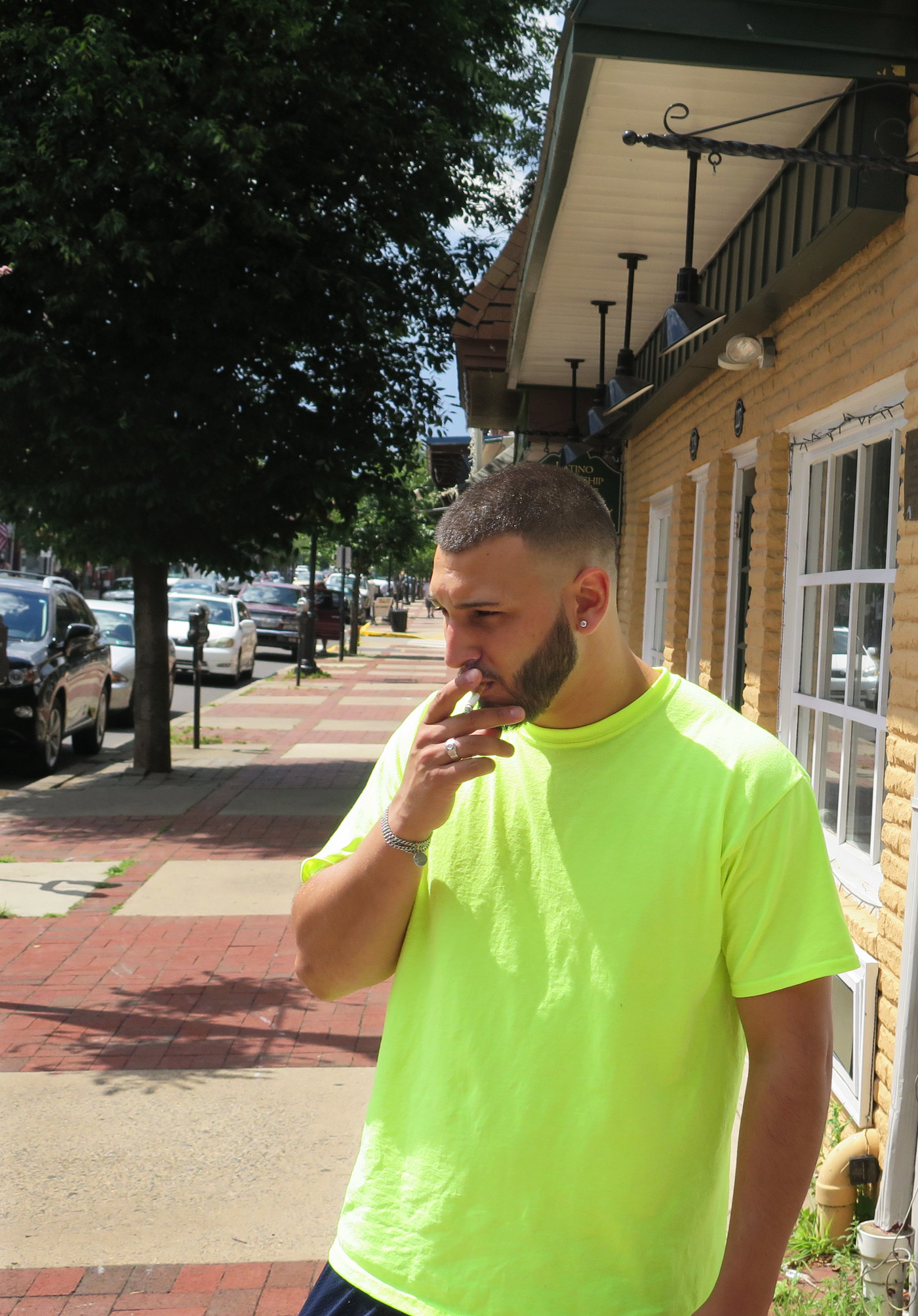 After a string of inpatient rehabilitation stays, Louis Casanova, who lives near Philadelphia, says he is still trying to break his addiction.

Louis Casanova is playing cards with a friend on the back deck of a recovery house in Philadelphia's northern suburbs.

He's warm and open as he talks about his past few years. The guy everyone calls Louie started using drugs like Xanax and Valium during his freshman year of high school. At age 18, Casanova turned to heroin. About two years later, the rehab shuffle began.

He's 23 now. He's hurt people close to him and his criminal record, fueled by his drug addiction, is long. By Louie's count, he has been through eight inpatient rehabs. Louis says his stays have ranged from about 18 to 45 days.

"I did 30 days, and after that I came here," he concludes, talking about his latest visit.

A month's stay can be pretty typical among people who go to an inpatient facility.

"As far as I know, there's nothing magical about 28 days," says Kimberly Johnson, director of the Center for Substance Abuse Treatment at SAMHSA, the federal agency that studies treatment services.

Anne Fletcher, author of the book Inside Rehab, agrees.

"It certainly is not scientifically based," she says. "I live in Minnesota where the model was developed and a lot of treatment across the country really stemmed from that."

She says the late Daniel Anderson was one of the primary architects of the "Minnesota model," which became the prevailing treatment protocol for addiction specialists. At a state hospital in Minnesota in the 1950s, Anderson saw alcoholics living in locked wards, leaving only to be put to work on a farm.

To find a path for them to get sober and leave the hospital, he came up with the 28-day model.

Marvin Ventrell, executive director of the National Association of Addiction Treatment Providers, has studied the model's history. He says the month-long standard comes from the notion that when "someone is suffering from addiction — and in the days that this began, we're pretty much talking about alcoholism — it made sense to people that it took about four weeks to stabilize somebody."

And then, Ventrell says, "It became the norm because the insurance industry was willing to pay for that period of time."

Now the model has spread to treatment for opioid addiction, even though recovering from addiction to those powerful drugs may require a different method.

Ventrell admits there isn't enough research about the most effective length for an inpatient stay for opioid addiction.

"Treatment centers have to step up and say, 'Just like cancer or heart disease, we're going to measure our outcomes and show them to you,' " he says.

The federal government estimates spending on treatment for all substance abuse will hit a high of $42 billion by 2020. Some people pay tens of thousands of dollars, desperately hoping inpatient treatment will work.

But there's increasing evidence that medication assisted treatment with the synthetic opioids methadone or suboxone can help those addicted by helping to relieve symptoms of withdrawal and reduce craving, especially when paired with strong outpatient counseling and other support.

Fletcher says it's important for treatment to move away from the default month-long model.

That may be enough for some people, she says, but it "isn't the case for most people. It's like any other chronic disorder, it waxes and wanes."

After his inpatient stays, Casanova is still trying to break his addiction. While he says recovery largely depends on the person, he preferred longer stays because it gave him more time to learn from other patients in a supportive environment. But Casanova is just one person; others prefer inpatient stays that are shorter than a month, followed by intensive outpatient programs.

Casanova relapsed in February, before I talked to him, and recently had to serve some jail time. But he's back in the recovery house, and hoping to soon make the leap to the next stage — a house with even more independence.

This story is part of a reporting partnership with NPR, WITF's Transforming Health and Kaiser Health News.