Accessibility links
What Makes Teenagers Impulsive May Also Help Them Learn : Shots - Health News The impulsivity and risk-taking that are common among teenagers may be a side effect of having a brain tuned to learn a lot of new stuff fast, researchers say. So it could be good in the long run.

Teens' Penchant For Risk-Taking May Help Them Learn Faster

Teens' Penchant For Risk-Taking May Help Them Learn Faster 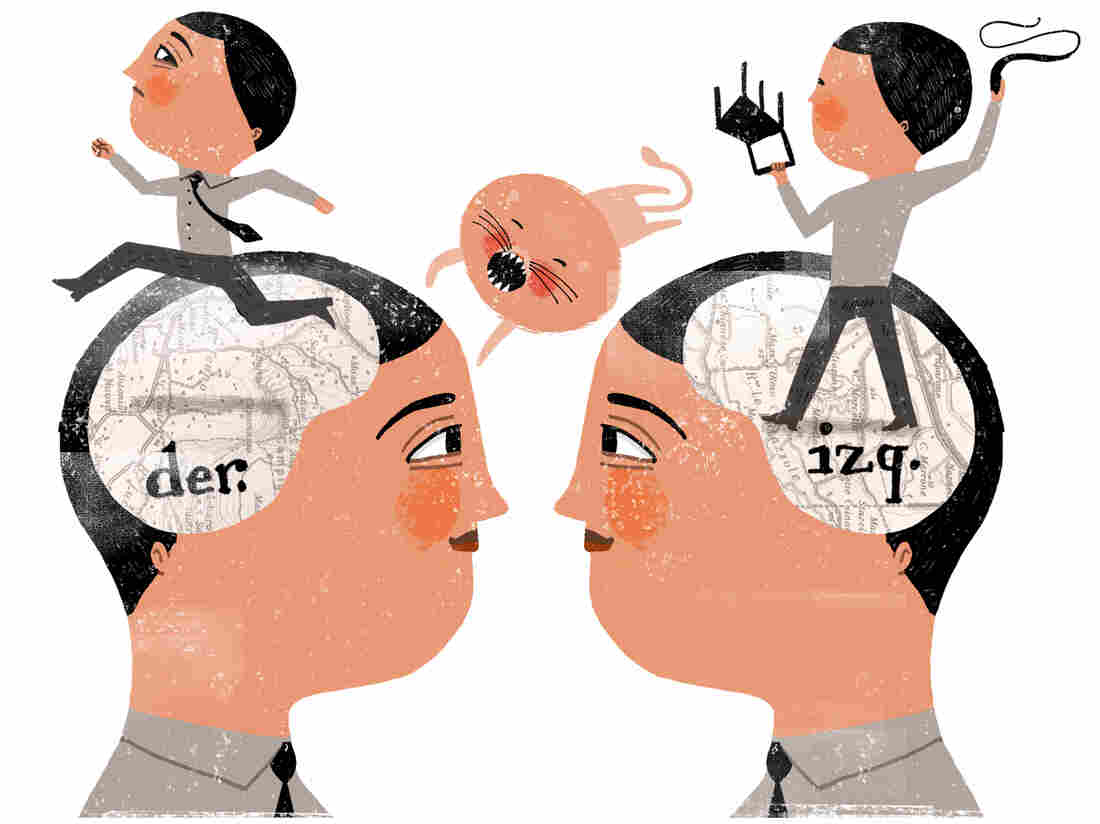 Sure, keeping a teenager's thoughts corralled may seem like lion taming. But that impulsivity may help them learn, too. Luciano Lozano/Getty Images hide caption 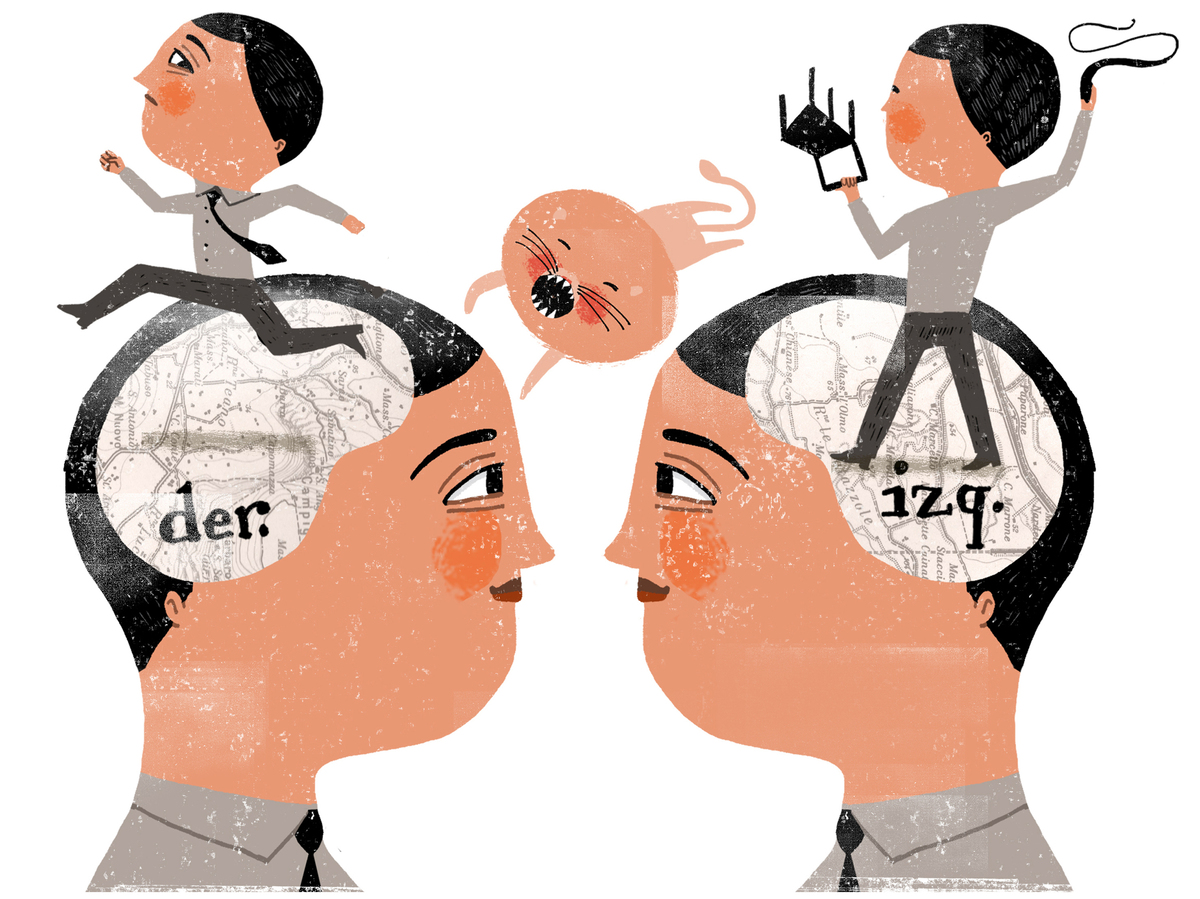 Sure, keeping a teenager's thoughts corralled may seem like lion taming. But that impulsivity may help them learn, too.

The teenage brain has been characterized as a risk-taking machine, looking for quick rewards and thrills instead of acting responsibly. But these behaviors could actually make teens better than adults at certain kinds of learning.

"In neuroscience, we tend to think that if healthy brains act in a certain way, there should be a reason for it," says Juliet Davidow, a postdoctoral researcher at Harvard University in the Affective Neuroscience and Development Lab and the lead author of the study, which was published Wednesday in the journal Neuron.

But scientists and the public often focus on the negatives of teen behavior, so she and her colleagues set out to test the hypothesis that teenagers' drive for rewards, and the risk-taking that comes from it, exist for a reason.

When it comes to what drives reward-seeking in teens, fingers have always been pointed at the striatum, a lobster-claw-shape structure in the brain. When something surprising and good happens — say, you find $20 on the street — your body produces the pleasure-related hormone dopamine, and the striatum responds.

"Research shows that the teenage striatum is very active," says Davidow. This suggests that teens are hard-wired to seek immediate rewards. But, she adds, it's also shown that their prefrontal cortex, which helps with impulse control, isn't fully developed. Combined, these two things have given teens their risky rep.

But the striatum isn't just involved in reward-seeking. It's also involved in learning from rewards, explains Daphna Shohamy, a cognitive neuroscientist at the Zuckerman Mind Brain Behavior Institute at Columbia University who worked on the study. She wanted to see if teenagers would be better at this type of learning than adults would.

To test this, Shohamy and her colleagues used an fMRI scanner to watch brain activity in a group of adults and teenagers. They were looking at the striatum, but also in a different part of the brain called the hippocampus. The hippocampus (which looks like, and is named after, a seahorse) helps people remember things like dates and times: the who, what, when and where.

"Think back to the last time something really great and surprising happened," says Shohamy, "You might remember a lot of little irrelevant details, like the weather or the shirt you were wearing. That's your episodic memory."

As the adults and teens had their brains scanned, they played a game that rewarded players for guessing correctly. Between questions, participants saw random pictures of neutral objects. As expected, the reward-hungry teenagers figured out the game faster than the adults did. Surprisingly, the striatum was equally active in both teenagers and adults. But in teens, it also worked closely with their hippocampus.

To see if this cooperation changed how the teens learned, the adults and adolescents were given a memory test. They had to recall the random pictures that had flashed on the screen as they played the game.

Overall, teenagers and adults were equally good at remembering the pictures. But they were good in different ways. When the picture was associated with getting something right in the learning test, adolescents were more likely to remember it than adults were.

Adolescence is a time of growing, Shohamy says, when teenagers transition from dependence to independence. She thinks that being sensitive to rewards could help youth explore and leave the safety of their home, to try new things and learn from them. Having a sharp episodic memory could help with that.

"Too many people describe the teen brain like it's a defective car with no steering wheel or brakes, just an accelerator," says BJ Casey, a cognitive neuroscientist and professor of psychology at Yale who was not involved in the study. "What we need to understand in terms of the adolescent brain is that while there are circumstances get them into trouble, there are also ones in which they excel. This study shows that not only do teens have cognitive capabilities, they're even better in some situations!"

Casey likes how this study treats the teenage hunger for new, positive experiences as normal, not deviant. But it doesn't explain everything about how teenagers learn, not by a long shot.

"It's just one snapshot in time, and it's only one study," says Shohamy. To draw further conclusions, first they'd have to replicate their findings. Then, Shohamy would like to know if the hippocampus and striatum cooperate in other age groups, too. She wants to follow children as they grow up and find out when these two brain regions start talking to each other, and when they stop.

"This field of research is still in its adolescence," Shohamy adds. In other words, it's got a lot of growing to do.