Accessibility links
'Career Suicide' Sprang From Chris Gethard's Struggles : Shots - Health News Gethard tells stories of hitting rock bottom in his new one-man off-Broadway show, which is billed as a comedy about "suicide, depression, alcoholism and all the other funniest parts of life." 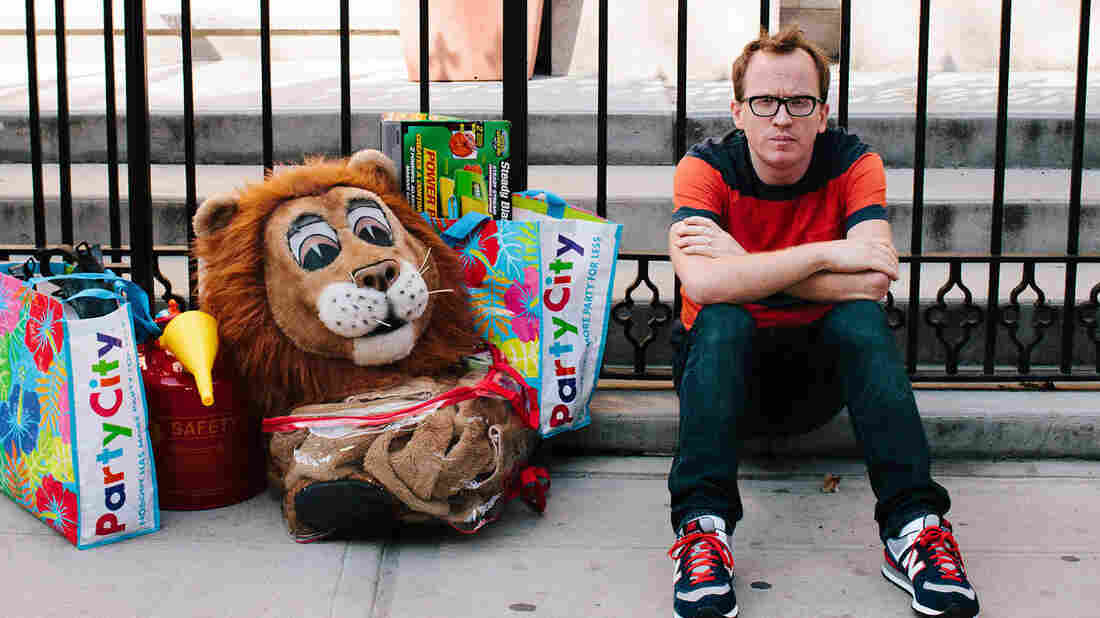 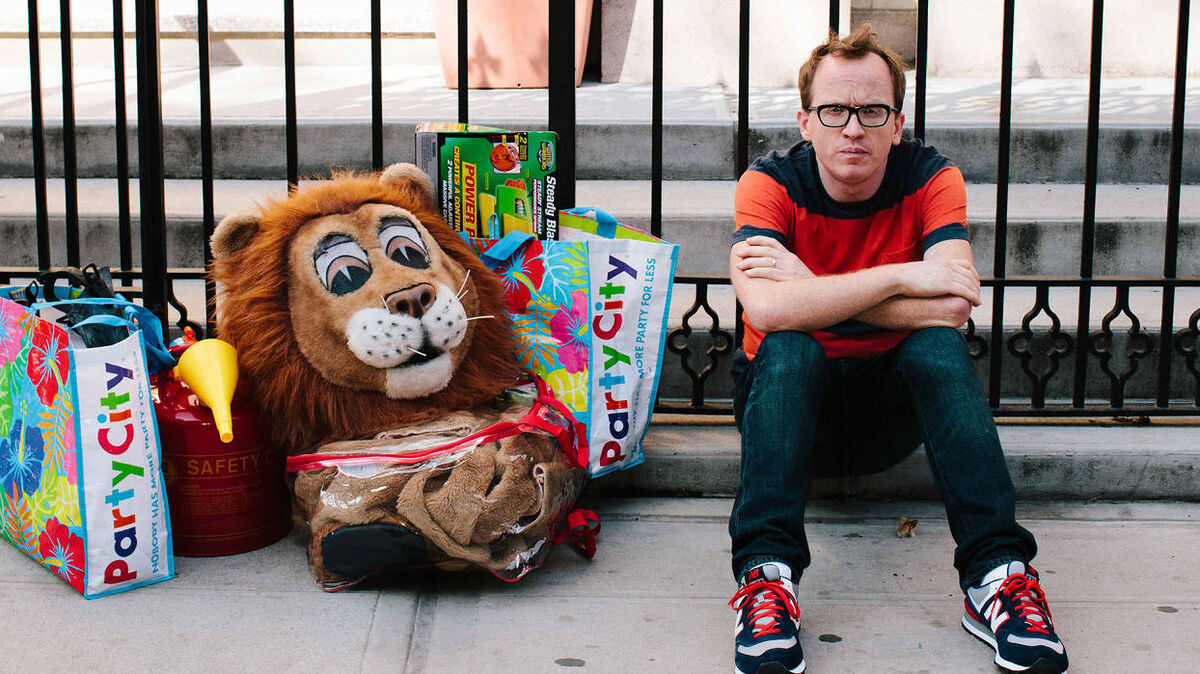 Comic Chris Gethard knows what it's like to feel hopeless and alone. He tells Fresh Air's Terry Gross that he has experienced depression so severe that it led to suicidal thoughts. "I didn't like who I was," he says. "I spent a lot of my life regretting who I was, which is a sad thing to say."

Gethard relives some of his darkest moments in the one-man show, Career Suicide, which is billed as "a new comedy about suicide, depression, alcoholism, and all the other funniest parts of life."

The show was inspired by a conversation about depression with his friend comic and filmmaker Mike Birbiglia, during which Gethard admitted to once crashing a car on purpose. "I thought [Birbiglia] was going to be really sad, and he goes, ... 'If you can get up on stage and make that funny, you've got something really special on your hands,' " Gethard says. "And I'm kind of driven by having a chip on my shoulder, so I was like, 'All right, I'll do it!' "

Career Suicide opened off-Broadway in early October, and Gethard says his stories of hitting rock bottom have resonated with audiences. "A lot of people ... tell me they identified with them or knew people in their family who dealt with that stuff," he says.

I can only speak to my experience, but ... for me, when things were ... worst, I truly felt like I was broken in some way. Also, [I] could not figure out how to explain that to anyone in a way that made sense, and that any effort I ever made to try to help myself or reach out to other people who could help me made it more isolating.

It was very, like, quicksand-feeling, of like, This is only getting worse, I don't know how to stop it. I feel totally alone, I wake up feeling not just sad but a profound level of isolated sadness and the more I try to climb out of it, the worse it gets.

In a certain way an analogy would be like a spotlight just getting smaller and smaller and smaller and [having] less room to breathe, less places to go, just less light in general. I know that's a little bit of a fanciful answer, but I think the other thing to keep in mind is the inability to explain it is also one of the things that's so terrifying and isolating in its own right.

On how thinking about his parents kept him from hurting himself

Having dealt with depression since a young age, there's been a handful of things like that where I've found something to hold on to and protecting my parents was actually a really big one. ... [I thought] about people like my parents and a handful of friends, girlfriends along the way, where you think about how's it going to affect those other people.

That was something that kept me hanging on from time to time. Ultimately though, being largely on the other side of it now, I needed to, I think, stop hanging that on other people and eventually learn how to kind of deal with myself and fix things for myself.

On how medication helped his creative work 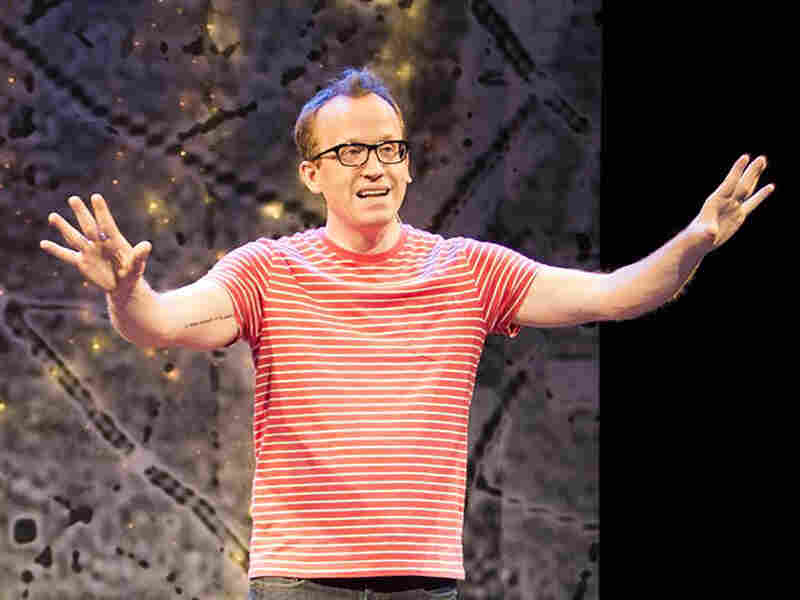 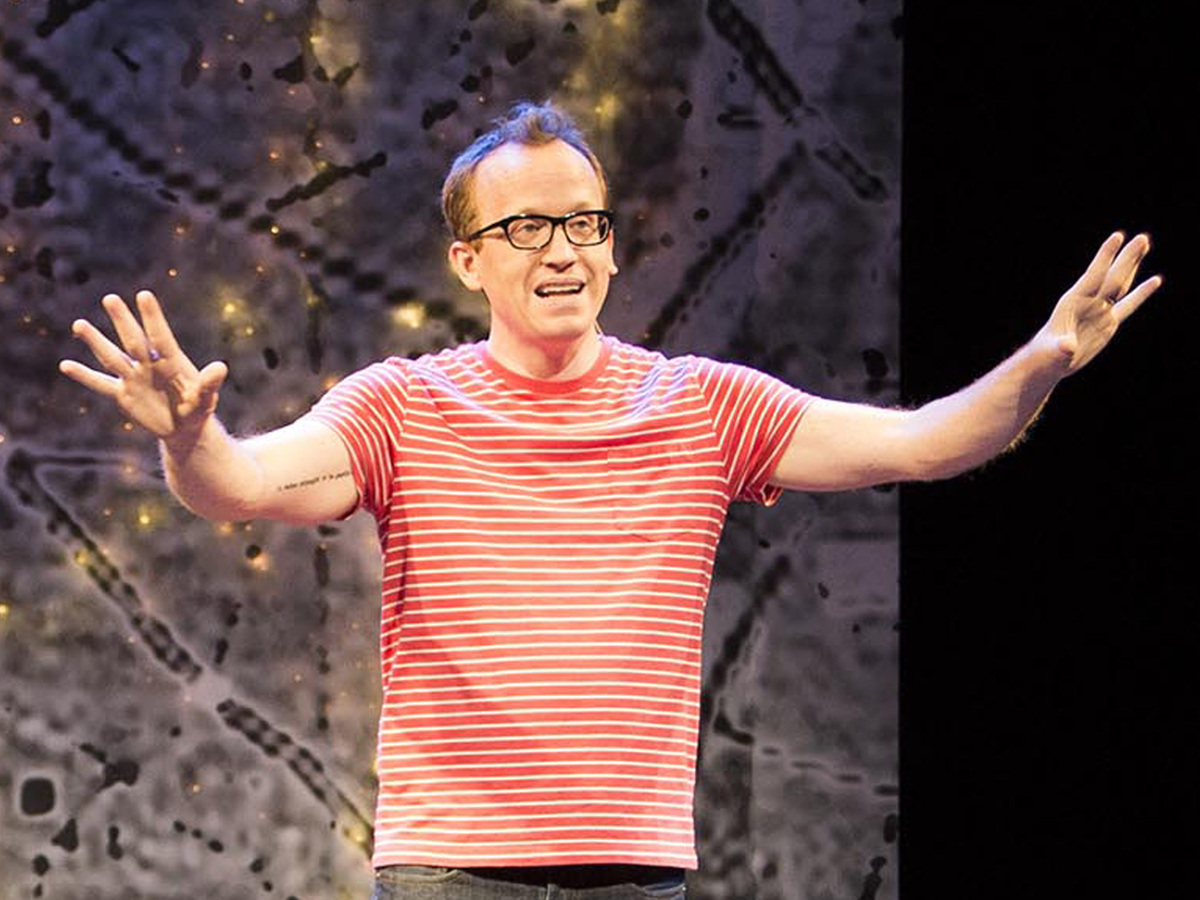 Gethard says that therapy and medication help him cope with his depression.

It really helped. The whole romanticized "sad clown" thing, we gotta get rid of that. That has to go! That's just getting sick people to voluntarily stay sicker and sadder than they have to be.

For me, I took medication and there's a few things. A: My ideas weren't born out of mania anymore. I very classically would go into manic phases, which were as dangerous, if not more so, than the depressed phases, and I think I'd come up with the best ideas I ever had and then the next day I'd look at them and be like, "This is nonsense," because it was born out of a manic episode. What a waste of time.

And then on top of that, being medicated means that I can get out of bed consistently, I can do second drafts, I can keep things organized. I'm not giving into all sorts of impulsive behavior, like I can sit down and work and get things done. Both creatively and organizationally, being medicated has helped me immensely.

My career did not start until I was medicated. I can track the years I was off medication things dipped, and the years I went back on medication is when things started to get good for me again careerwise. It is 100 percent, in my case, undeniable that being medicated helped my creativity.

I'm so flummoxed that this stuff is so stigmatized and viewed as so shameful that we hide it, and then what happens is that cycle perpetuates. In my case it did. I think if I knew my grandfather had been sick I think maybe I would've been able to say to somebody sooner, "Hey, I want to know what happened to my grandpa, because I think it's happening to me." I didn't even know that was a sentence I had the option of saying until after things had hit rock bottom. ...

The amount of times I was told to "toughen up" or "stop being a baby," when in reality what I needed was years of therapy and a litany of antidepressants, I think, yes, knowing there's a genetic component would've maybe helped me feel less like a baby and more like a sick person.

On the manic episodes he experienced

Depression — people know what that looks like, at the very least, even if they're not comfortable talking about it. When you see somebody who can't get off a couch and can't stop crying or is just visibly dismal, at least that's identifiable.

The manic side of things, I'd be the life of the party! Let's stay up all night! Let's do crazy things! Let's wind up in a different city than we started in! A lot of things like that that seem really fun but ... I'd wind up hanging out with a lot of strangers, because the people closest to me would always smell a rat and say, "What is going on? This is not you."

And then you come out on the other side of that and you've invariably made some decisions you're not proud of, and have some rebuilding to do. For me, the manic side [is] much scarier, because it can be really fun. People like being around it, but that doesn't mean it's healthy.

On The Chris Gethard Show on Fusion TV, which shows more of his manic side

I get to just be who I am. I get to be like the king of the Island of Misfit Toys on that show. ... The Chris Gethard Show is a very conscious environment where I go, "I'm not going to try to fit in. Instead, I'm going to be this manic oddball and see what happens with that."

The very cool thing about that show is it attracted all the other manic, oddball kids from blue-collar areas who felt like they don't have a right to be creative and it built a community of all those people.

On a temporary writing gig at Saturday Night Live and how it didn't make him happy, even though it was his dream

The trap I fell into was that I spent so many years convincing myself that career success was going to be the validation that would change me, and that was never going to happen.

At the time I was living in a room in Woodside, Queens, with no closet and the gas was disconnected, because I forgot to pay the bill, and no job is going to change the fact that I don't have it together. ...

No amount of money or validation or other people's perceptions of your success is going to change the fact that I didn't have it together, I couldn't live a totally functioning life at the time, because I was a messed up guy and I really regret how much time I wasted thinking achievements that other people can see are going to heal me. No, they were never going to heal me. I needed to buckle down and get into therapy and do the work.