Accessibility links
The FIT Test Measures Up For Noninvasive Colon Cancer Screening : Shots - Health News Colonoscopy has long been the gold standard for colon cancer screening. Now gastroenterologists say the quick, inexpensive, noninvasive FIT test is a good option for people not willing to go there.

A Noninvasive Colon Cancer Test That's FIT To Be Tried

A Noninvasive Colon Cancer Test That's FIT To Be Tried 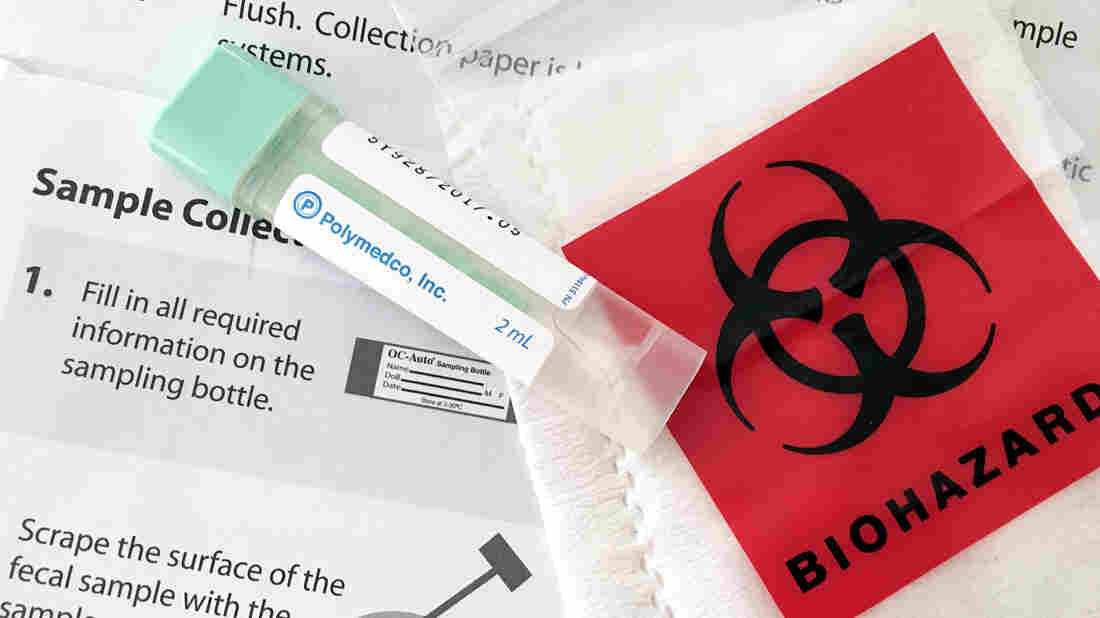 It would look pretty darned cute if you didn't know it's a colon cancer screening test. Nancy Shute/NPR hide caption 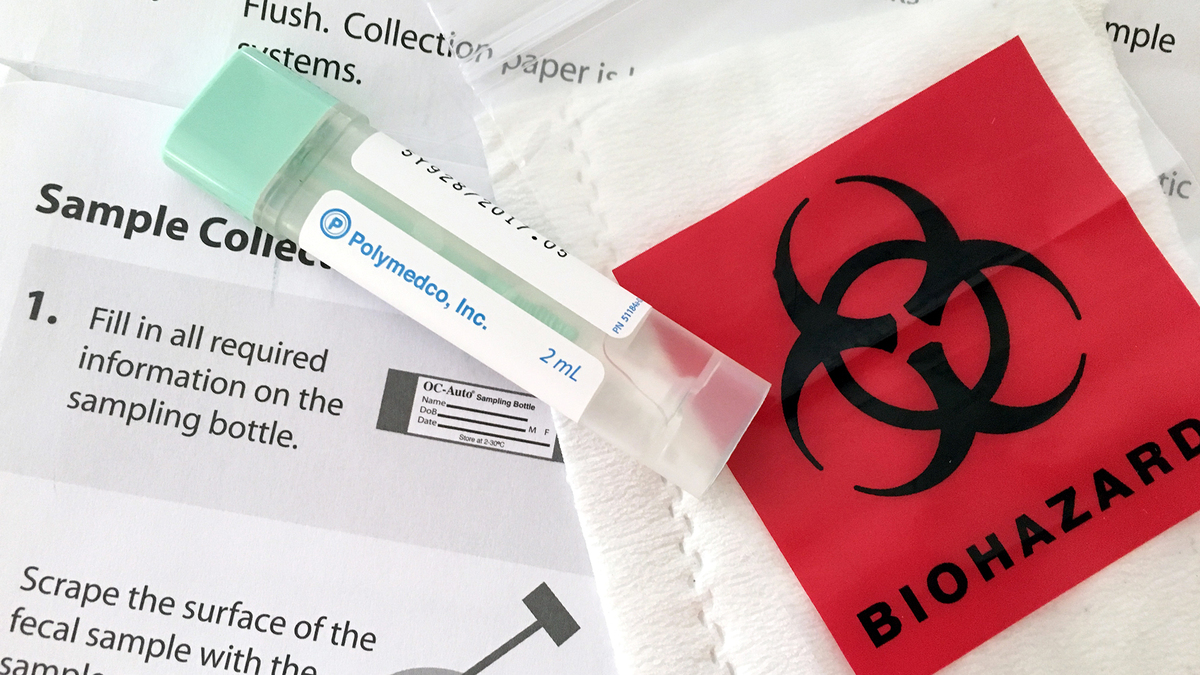 It would look pretty darned cute if you didn't know it's a colon cancer screening test.

Not so very long ago, colonoscopy was the gold standard for colon cancer screening. But times are a-changing. Last month when I went in for a checkup, my primary care doctor handed me a FIT test, a colon cancer test you can do at home without the unpleasantness and risk that turn people off to colonoscopy.

The FIT test, or fecal immunochemical blood test, is a newer and more accurate way to test for blood in stool, which can be a symptom of colon cancer.

In June, the U.S. Preventive Services Task Force, an influential independent panel, endorsed the FIT test along with two other forms of fecal blood tests, as well as virtual colonoscopy and two invasive tests, colonoscopy and sigmoidoscopy, as good ways to screen for colon cancer.

The task force didn't play favorites; rather, it emphasized that the goal was to get more people tested, since one-third of adults between 50 and 75 have never been screened for colon cancer. It's the third most common cancer in the U.S., killing about 50,000 people a year.

"The idea behind most guidelines is to promote all of the screening tests equally, with the idea that within reason patients prefer a choice," says Dr. David Weinberg, chairman of the department of medicine at Fox Chase Cancer Center and lead author of an opinion article published Monday in Annals of Internal Medicine.

Last week, a task force from three professional societies of gastroenterologists evaluated the evidence for the FIT test, which is used in Canada and many countries in Europe and Asia as the primary form of screening.

They pointed out that the FIT test is better at detecting cancer than the older guaic fecal occult blood test, or gFOBT, which requires samples from three different bowel movements.

I can testify to the simplicity of the FIT test; if you like arts and crafts kits, you'll probably like the minute bottle with collection wand, which goes into a padded plastic bag, then an envelope and into the mail. Trust me, your hand will never touch poop.

A few weeks later I got a letter back from my doctor, saying I had passed the test. Woohoo!

But that's where the question of simpler, less invasive cancer screening gets complicated.

For FIT testing to be successful, you have to repeat it every year. And that means that you need a doctor who will give you the test every year, and who will make sure that if you test positive, you go get a colonoscopy to see what's up.

"It's the first step," says Dr. Douglas Robertson, chief of gastroenterology at the VA Medical Center in White River Junction, Vt., and a professor of medicine at Dartmouth's Geisel School of Medicine. "It really is important to realize that when the test is positive it does need a follow-up test."

Integrated care systems like the VA and Kaiser Permanente are embracing FIT testing, in part because those systems are good at repeat testing and follow-up. It's easy to let screening fall through the cracks.

"If you're going to choose a noninvasive test like FIT you need to be committed to doing it annually," says Robertson, who was a lead author of the new gastroenterology guidelines.

And that circles back to one reason why American gastroenterologists liked colonoscopies in the first place: "It's one-stop shopping," Weinberg says. "If you have a precancerous polyp it almost always can be removed, and the interval between colonoscopies when appropriately selected is typically long."

The current recommendation for people of average risk is to have a colonoscopy every 10 years, from age 50 to about age 75. "You devote essentially 24 hours of your life to one every 10 years," Weinberg says. "That's a pretty good deal."

The FIT test is a good test, Weinberg says, and it should be offered enthusiastically. "But at least at the primary care level, some challenges exist."

So is FIT as good as colonoscopy? "That's a really important question that doesn't have a definitive answer," Robertson says. He's a leader of the CONFIRM trial, which will compare FIT tests to colonoscopy in 50,000 people in the VA health care system. "The good news is we're underway with the trial," he says. "The bad news is the result won't be available for over a decade.

So for now the FIT-vs.-scope decision will be, like so many decisions in health care, a complex question of access, cost, convenience and personal preference. In this case, at least, the options look pretty good.