Accessibility links
Medicare Doesn't Include Dental Care, And Many Seniors Go Without : Shots - Health News Aging takes a toll on teeth, but Medicare doesn't cover most dental needs, and private plans often have skimpy coverage. That means people are paying out of pocket for care or going without. 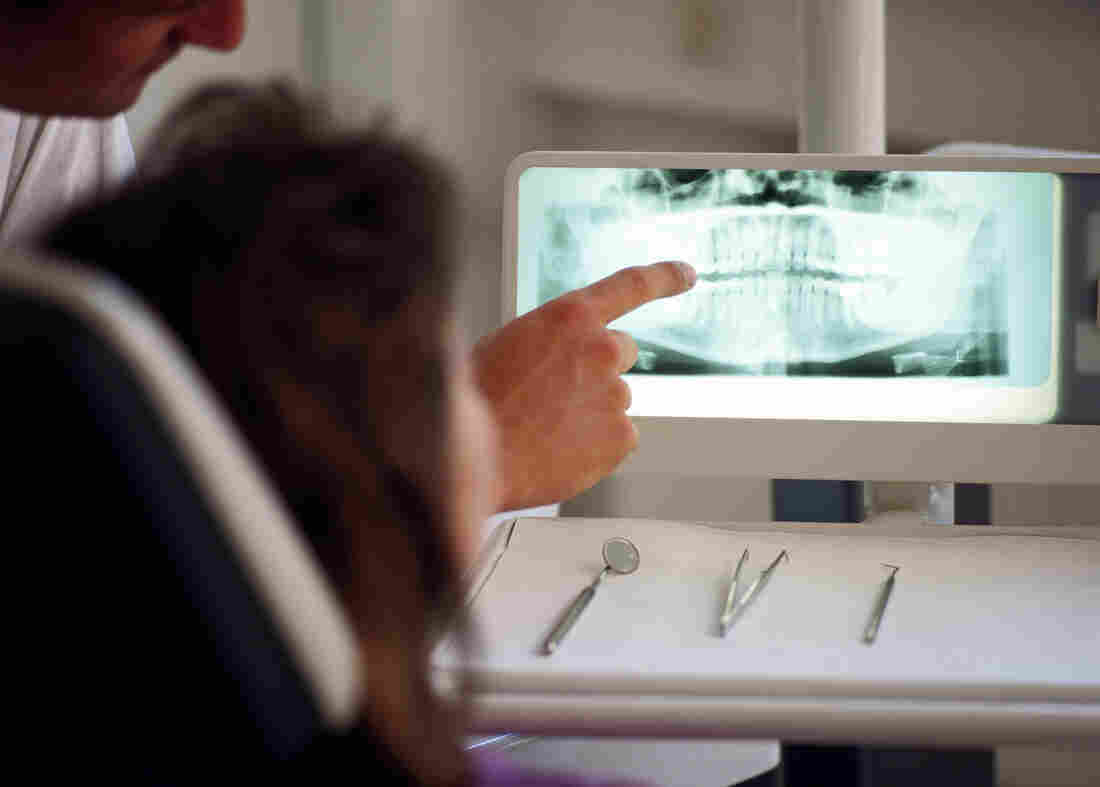 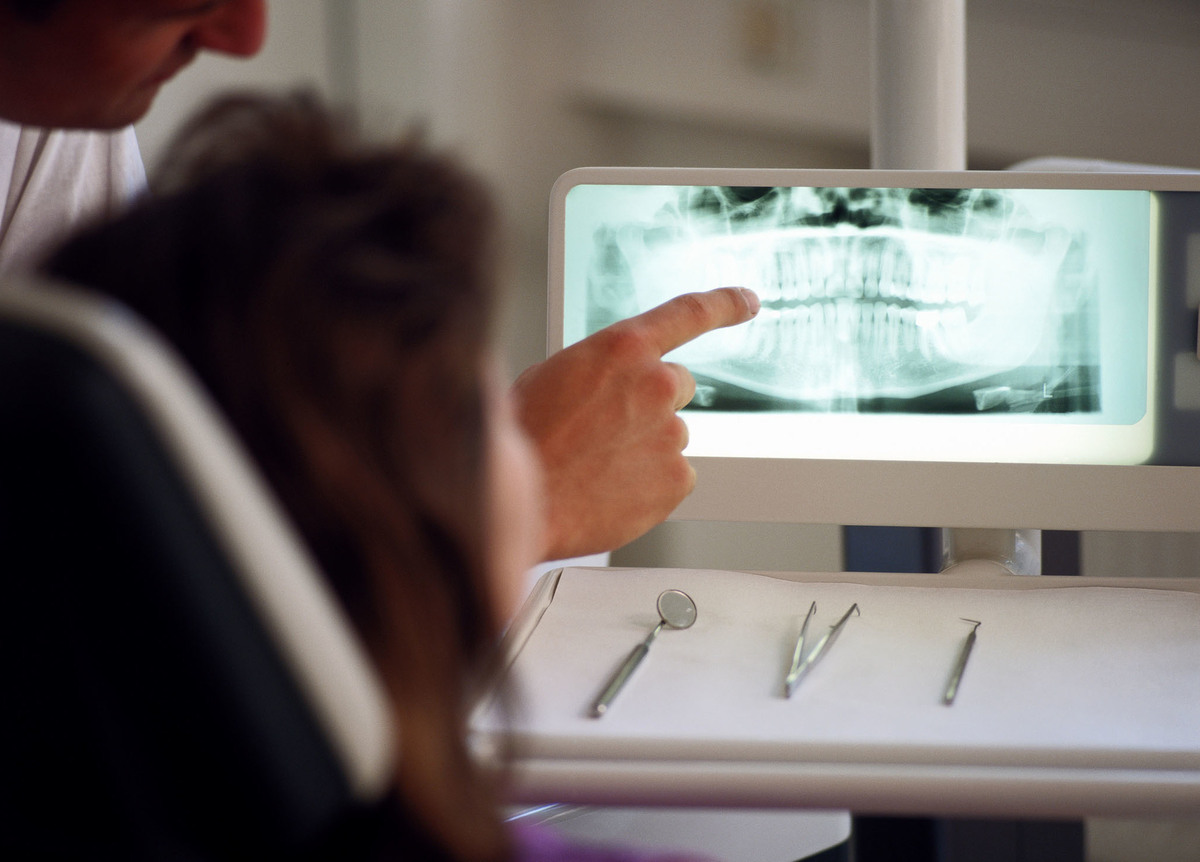 Supplemental dental insurance may not be cost effective for seniors.

Aging can take a toll on teeth, and for many older people paying for dental services is a serious concern because they can't rely on their Medicare coverage.

Low-income seniors in particular are struggling. More than a third with incomes below 200 percent of the federal poverty level (about $23,000 annually) had untreated tooth decay between 2011 and 2014, according to an analysis of federal data by the American Dental Association.

"What ends up happening is that almost everybody, when they get to be 65, is sort of on their own and they have to pay for dental care out of pocket," says Dr. Michael Helgeson, chief executive officer of Apple Tree Dental. Apple Tree is a Minneapolis-based nonprofit organization that operates eight clinics in Minnesota and California that target underserved seniors. It also has mobile units that provide on-site dental care at nursing homes and other facilities.

Traditional Medicare generally doesn't cover dental care unless it's related to services received in a hospital. Medicare Advantage managed care plans generally provide some dental care, but the coverage can vary, and often is minimal, dental care advocates say. The plans often are "a loss leader," said Dr. Judith Jones, a professor of dentistry at Boston University. "It's meant to attract people. It gets people in, but the coverage is really limited."

In a way, older people are victims of dentistry's success. Regular visits to the dentist, along with daily tooth brushing and water fluoridation, have all contributed to improvements in oral health. In the first half of the 20th century, by the time people reached their 30s or 40s many had already lost all their teeth, Helgeson said. Today, more than 60 percent of people in nursing homes still have at least one tooth.

But teeth need tending. Without regular dental care, tooth problems can cause pain and limit how much and what type of food people are able to eat. Similarly, gum disease can loosen teeth and allow bacteria to enter the body. A growing body of research has linked treating periodontal disease with lower medical costs for diabetes and heart disease, among other conditions.

People's lives are affected in other ways by their oral health. "You use your mouth to eat and kiss and smile and interact socially," said Jones. "It's a source of great embarrassment and suffering for many adults without access to care."

With limited income and no insurance, seniors may skip visiting the dentist regularly, even though many report that their mouths are dry and painful and they have difficulty biting and chewing, not to mention avoiding smiling and social interaction if they have missing or damaged teeth.

Medicaid, the state and federal insurer for lower income people, covers dental care for children in every state, but coverage for adults is much spottier. Most states cover emergency dental care for people covered by Medicaid, but eight states offer no adult dental benefits at all, according to a study by Oral Health America, an advocacy group.

Even trying to purchase private dental insurance, which typically covers a few thousand dollars' worth of dental care, may not provide good value, said Marko Vujicic, vice president of the American Dental Association's Health Policy Institute. "When you add up the premiums and copays, for the vast majority of adults it's not worthwhile to have dental insurance," he said.

Seniors with limited means have few options for help affording dental care. Federally qualified health centers may provide geriatric dental services on a sliding-fee scale based on income, and clinics like Apple Tree help a limited number of seniors who live in their service area. But they're a Band-Aid, said Jones.

She and other advocates want Medicare to add a dental benefit to Medicare Part B. Their proposal would provide a basic bundle of diagnostic and preventive services through a premium increase, and seniors would only be responsible for copayments if they need pricey restorative work like crowns and bridges.

But a dental benefit has faced stiff competition from other priorities, including adding a prescription drug benefit in 2006 and preventive coverage under the health law in 2010.