Accessibility links
Child Care Workers' Low Wages Can Take A Toll On Kids : Shots - Health News The high cost of child care is a strain for many families in the U.S., yet child care workers average less than $10 an hour. This strain on workers hurts babies and toddlers, too, researchers say. 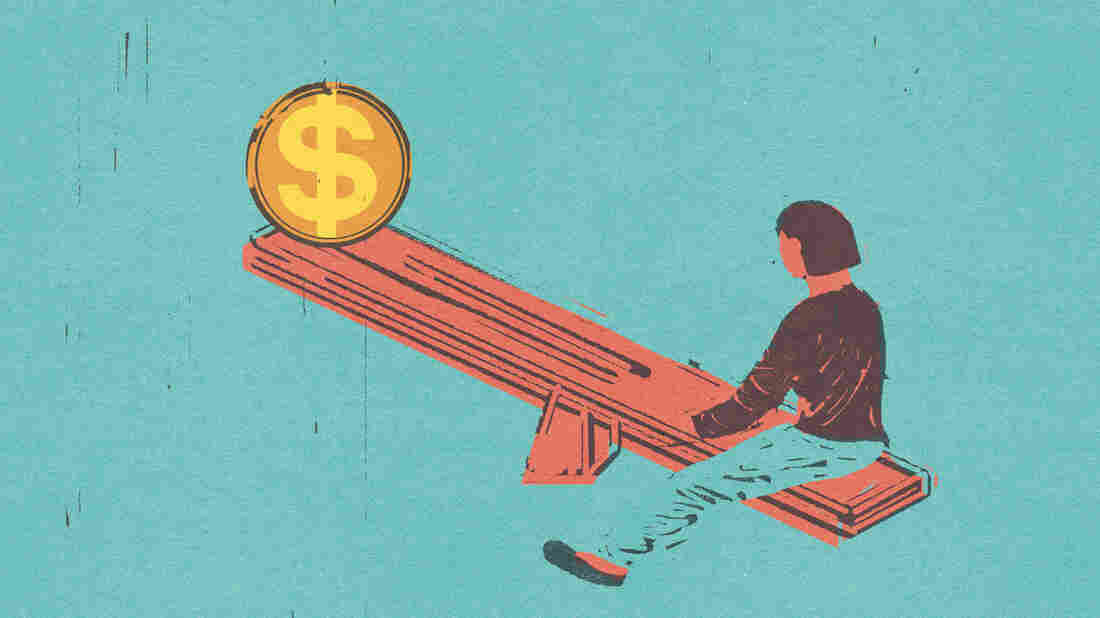 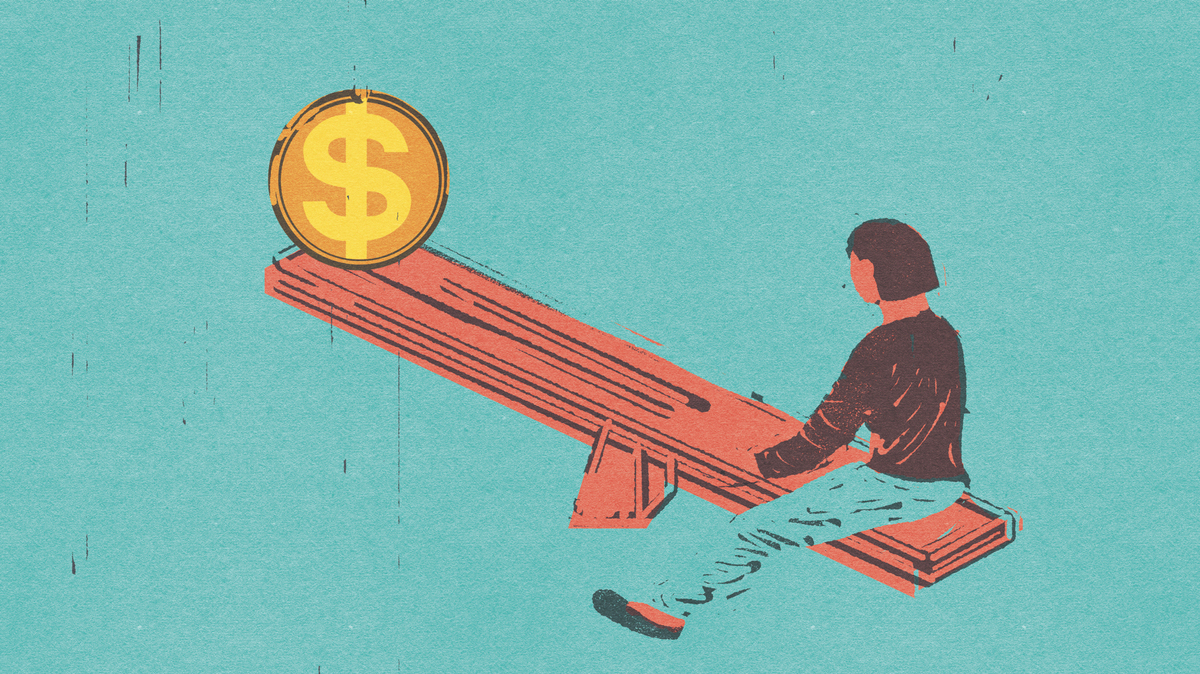 In Greensboro, N.C., Eyeisha Holt spends her days as a full-time child care worker at Head Start. But after a decade's work in early education she still earns only $11.50 an hour — barely enough, she says, to cover the basics as a single mom of two. So every weekday evening she heads to her second job, as a babysitter.

"Are you ready to go to bed?" she asks, as she oversees bath time for her 3-year-old daughter and another of her charges. For 25 hours a week, Holt cares for toddler twins, in addition to her daughter and teenage son.

Nationwide, average pay for child care workers like Holt is less than $10 an hour. Nearly half of these workers receive some kind of public assistance.

Holt gets food stamps and her children are on Medicaid. "And I just feel like it's kind of messed up," she says. "You would think, being in a profession such as teaching, I should be making enough money where I didn't qualify at all."

Specialists in early education say low pay doesn't just hurt child care workers. It has an effect on babies and toddlers, too, and poses a major challenge in creating high quality child care — something 71 percent of parents who rely on care from outside the family say they seek when choosing a program, according to a recent poll from NPR, the Robert Wood Johnson Foundation and the Harvard T.H. Chan School of Public Health.

"We're seeing a high turnover of [child care] teachers," says Michele Rivest, executive director of the North Carolina Child Care Coalition. "We're seeing the lowest enrollment in our community college programs for early education. And I think it's all attributable to low wages."

Research shows the turnover among child care workers nationally is about 30 percent.

The North Carolina coalition plans to lobby state lawmakers this coming session to budget $10 million for bonuses for these workers, hoping to persuade more early educators to stay put. They would get an extra $2,000 to $4,000 from the state a year, depending on their education, if that proposal is adopted.

"We're talking about a modest supplement," Rivest says, "that will get early education teachers closer to our public school kindergarten teachers," who generally earn more.

U.S. presidential contender Hillary Clinton says she would "fund and support" states and cities that find ways to improve pay for child care workers. Donald Trump also has proposed ways to make child care more affordable, but he has not addressed worker pay.

Rivest says more stability in the work force is better for babies and toddlers, who thrive and learn through interactions with experienced, loving caregivers.

She says this kind of public investment would pay off for years to come. Decades of research shows that children who had quality early education are more likely to graduate from high school, have better jobs with more pay and be less reliant on public support.

But paying child care workers through a state-approved bonus is tricky. What lawmakers give, they can also take away when times are tight.

In another push, child care workers are part of the national campaign for a $15 minimum wage.

"Raising the floor is a good thing," says Marcy Whitebook, director of the Center for the Study of Child Care Employment, at the University of California, Berkeley. "But we also want to raise the ceiling."

A higher minimum wage won't necessarily keep workers from leaving the field, Whitebook says. So a lot of states, and the federal Head Start program, are trying to boost overall pay by requiring child care workers to have more education. The idea is that if they're better qualified, higher wages will follow.

"That might work in a well-functioning market," Whitebook says, "but the market we have for early childhood does not function that way."

In New Bedford, Mass., Jennie Antunes has been with the North Star Learning Center for 30 years. The state recently started requiring lead teachers like her to have a four-year degree, and it even gave Antunes a full scholarship to finish her studies. Afterward, Antunes says, she got a raise of $1 an hour, bringing her wage after an entire career in child care to $13.75 an hour.

"Unfortunately we're so behind, that dollar really didn't do anything to make life easier," she says.

She also lost one of her most experienced colleagues, who left for a higher-paying job shortly after getting her bachelor's degree. Antunes is 52 and acknowledges she's tempted to do the same.

Antunes says she's passionate about her work, and the thought of leaving the field makes her feel guilty. She knows the child care system desperately needs people like her to stay.