Accessibility links
Aid In Dying: Colorado Voters Say Yes To Controversial Proposition : Shots - Health News The fight pitted those who think the terminally ill should have the choice to end their lives with medication against those who worry people might be pressured into suicide. 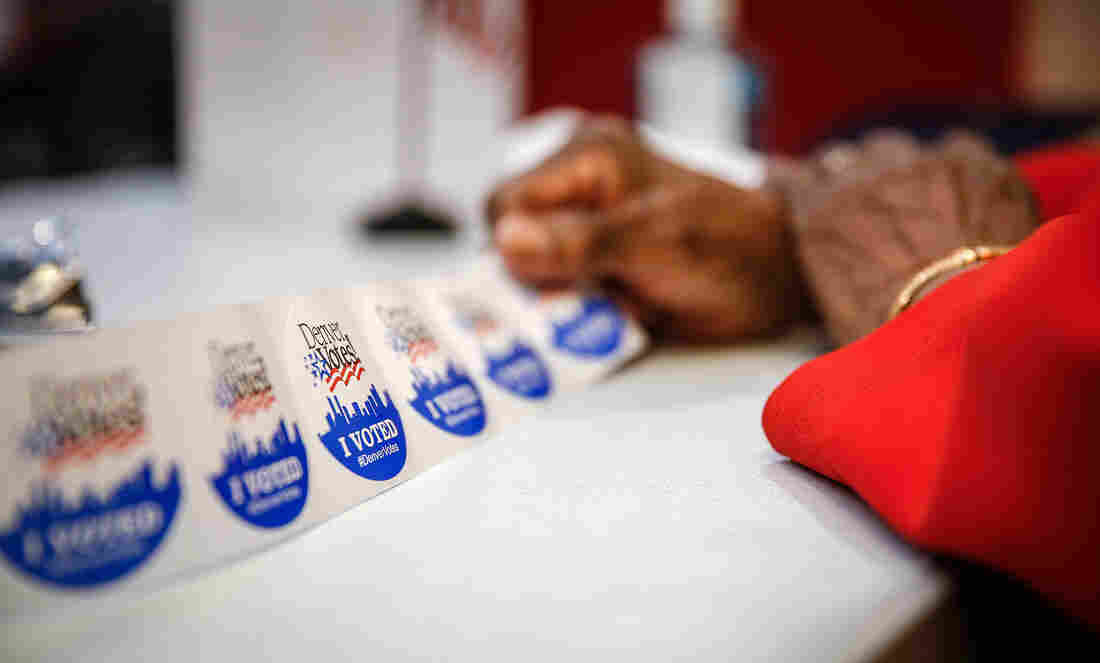 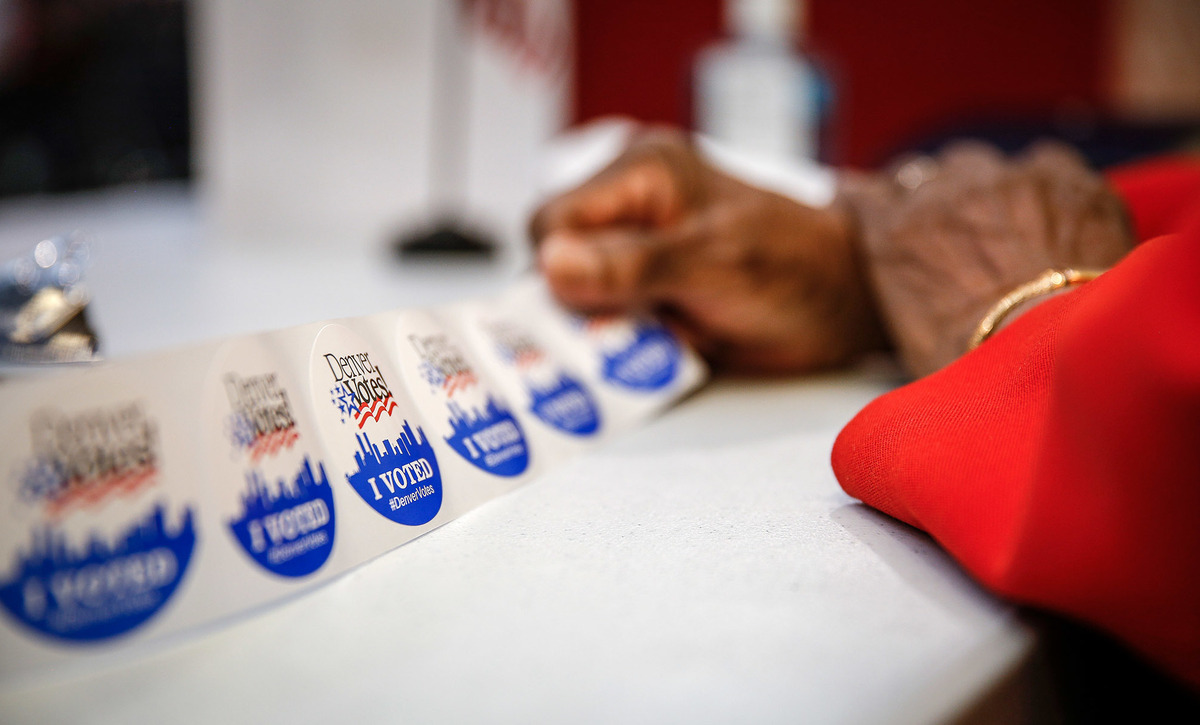 The Rev. Josephine Falls handed out stickers to voters while accepting ballots inside the Denver Elections Division offices on Tuesday.

Colorado has joined the handful of states that allow terminally ill patients to end their lives with medicine prescribed by a doctor.

Voters passed Proposition 106 by a 65 percent to 35 percent margin.

On election night, advocates held a jubilant celebration in a small room on the same floor of a downtown hotel as the state's Democrats, who were decidedly downbeat about the presidential election results.

"I think it's terrific," said Matt Larson, who was diagnosed with brain cancer and featured in ads saying he'd like the option should his condition someday become terminal. "If you opposed it, you don't have to use it. That's the beauty of this law," Larson said. "And for the people who do support it, it will bring a tremendous amount of peace and comfort to many people in Colorado."

Another proponent, Dr. Charles Hamlin, a retired surgeon who has kept his license, said: "I intend to help when and where I can. It's a comfort zone, rather than an exit strategy."

The proposition is modeled after a law passed in Oregon two decades ago.

Under the Colorado measure, two doctors must agree a terminally ill adult has six months or less to live and is mentally competent. The person would self-administer the drug.

"My parents are aging and they agree with it wholeheartedly," said Karen McInnes, a Denver resident who voted for the proposition. "If I ever end up in that stage, I would want it for myself."

Denver resident Amy Chavez also supported the measure. "I feel for someone who is terminally ill it's their right to make that kind of decision," she said. "I don't think it's fair to them or their families to prolong life if it's not a good quality of life."

The two sides raised more than $8 million. But supporters, mostly funded by the national group Compassion and Choices, had a 2-to-1 fundraising advantage over opponents. The opposition was backed by a number of Catholic groups.

Peggi O'Keefe, a spokesperson for No Assisted Suicide Colorado, said she hopes the fight is not over. "Rarely do voters get to vote on ballot issues about life and death," she told Shots in an email. "We appreciate the support of so many Coloradans who reject a culture of compromise on suicide." O'Keefe said the group hopes the state Legislature "recognizes the flaws embedded in Proposition 106 and takes appropriate steps to correct them."

O'Keefe and other opponents argue the measure is "fatally flawed," beyond being morally wrong. They say doctors can make mistakes. Furthermore, the measure will encourage doctor shopping and won't require a doctor to be present when a person dies.

Jeff Hunt, director of the Centennial Institute at Colorado Christian University, said in a statement to Shots:

"This will have serious impacts on all Coloradans as insurance companies and the government get involved with everyone's end-of-life decisions." He said what opponents call "doctor-assisted suicide" would be a threat to "the most vulnerable in our communities: the poor, the disabled, the elderly, and the infirm."

Dr. Alan Rastrelli, a former anesthesiologist now in palliative medicine, worries the measure will erode the public's trust in doctors as healers. "Physicians will go towards this philosophy of assisting a patient in their death," he said. "That will destroy, I think, the patient and physician relationship."

Rastrelli also said it's difficult to know how common problems or mistakes are because reporting requirements in Oregon, and in Colorado's proposal, are weak.

Oregon, Washington, California and Vermont have similar laws, and in Montana, a state court ruled doctors cannot be prosecuted for helping a terminally ill patient end their life.

The Colorado measure is expected to go into effect at the start of 2017.